We’re big fans of the History Channel’s Ice Road Truckers (also available on Comcast On Demand), so when the opportunity arose to take a photo-tour that included Alaska’s famed Dalton Highway (aka the Haul Road) featured in Ice Road Truckers in the last two seasons en route to see polar bears, the Northern Lights and Alaska’s famed scenery, we leapt at the chance. We previewed our trip in our North to Alaska post. 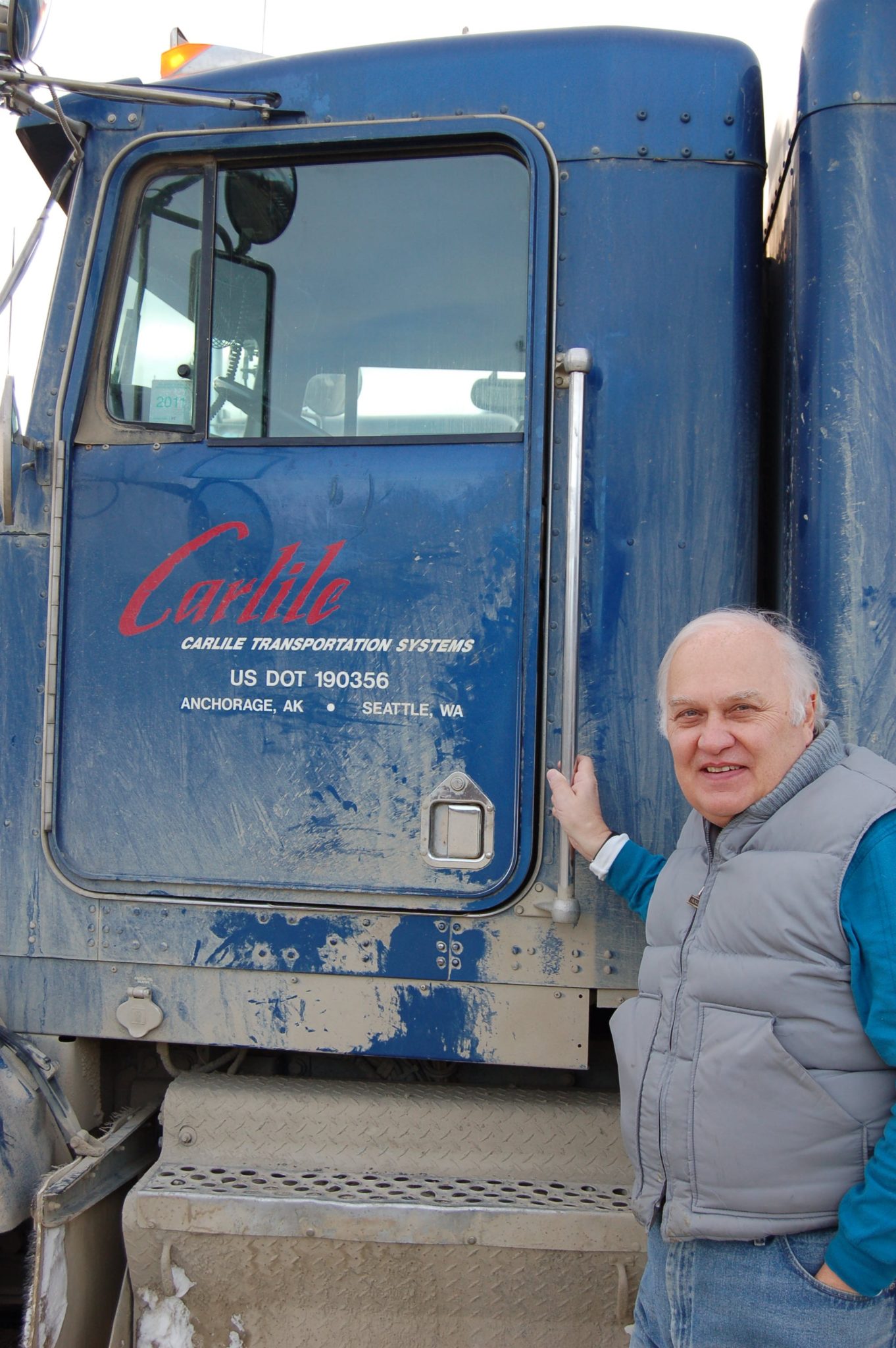 Carlile Trucking Co. is featured in Ice Road Trucker. This is at the Coldfoot truck stop on the Haul Road.

We went to Kaktovik to see the Polar Bears. En route we had to go over the famous Atigun Pass, the highest point on the Haul Road at more than 4,500 ft. 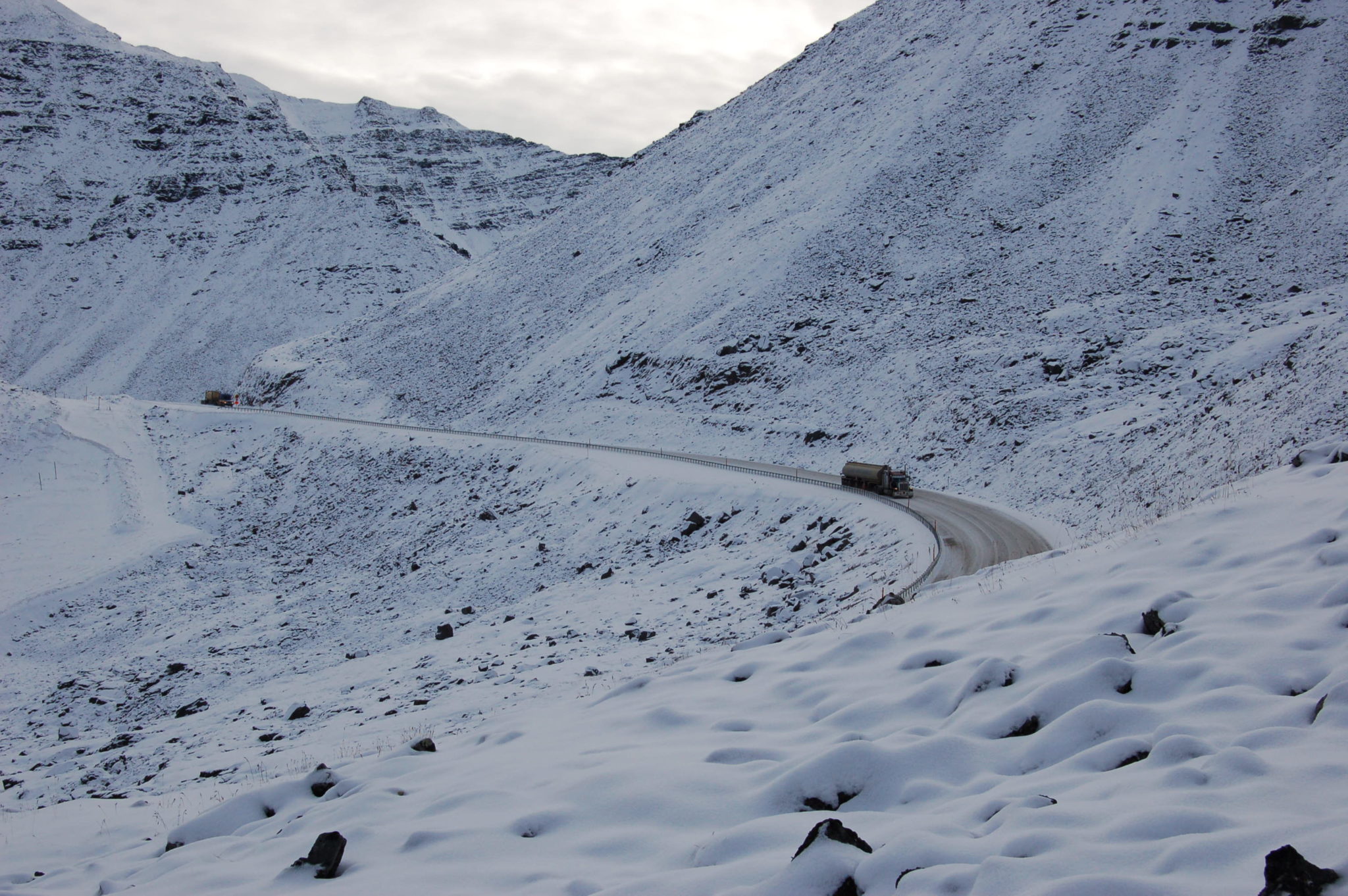 At Kaktovik, there is a small island off the main island where polar bears hang out. 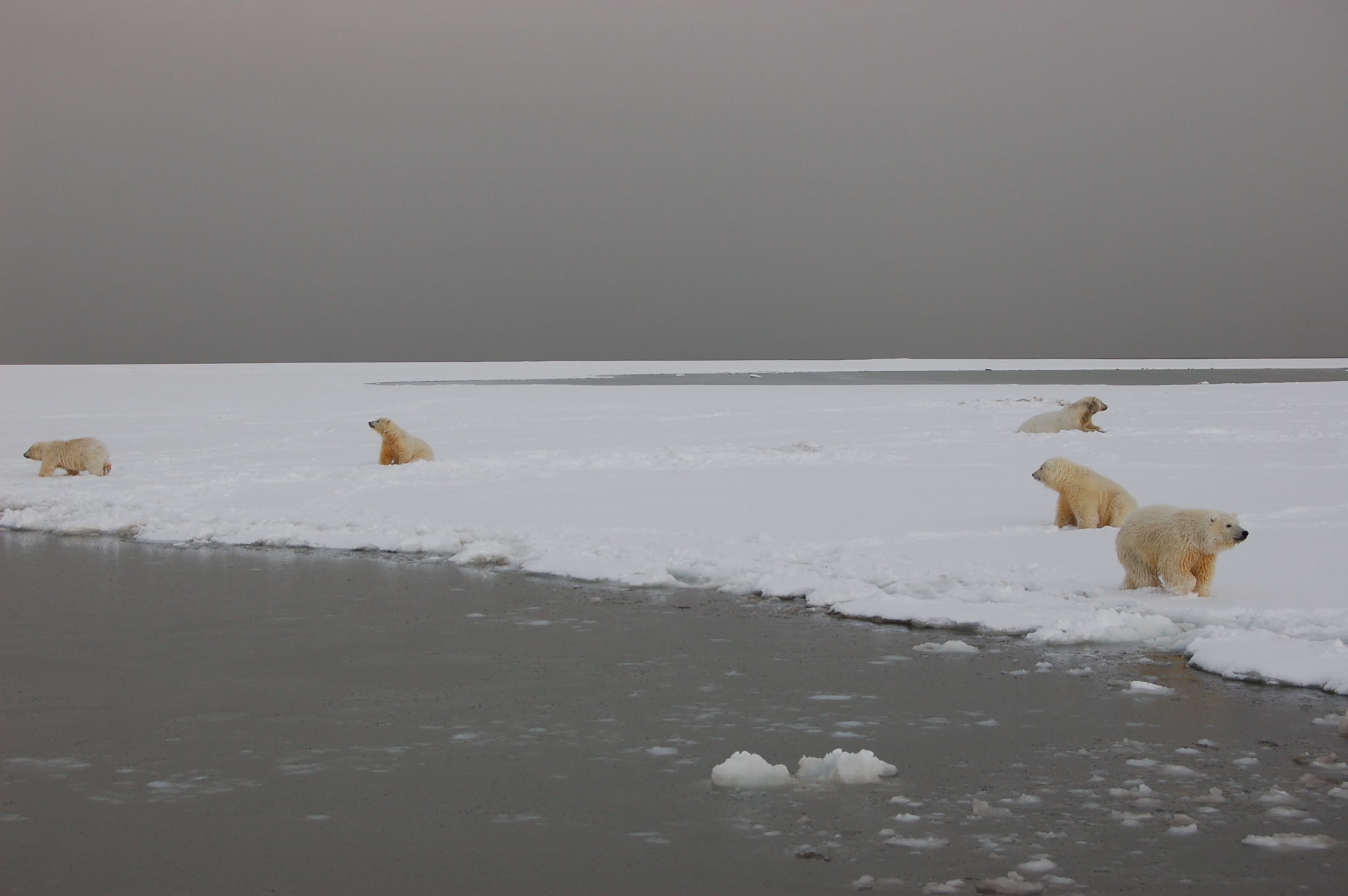 We were in a 21 ft speed boat to take pictures. 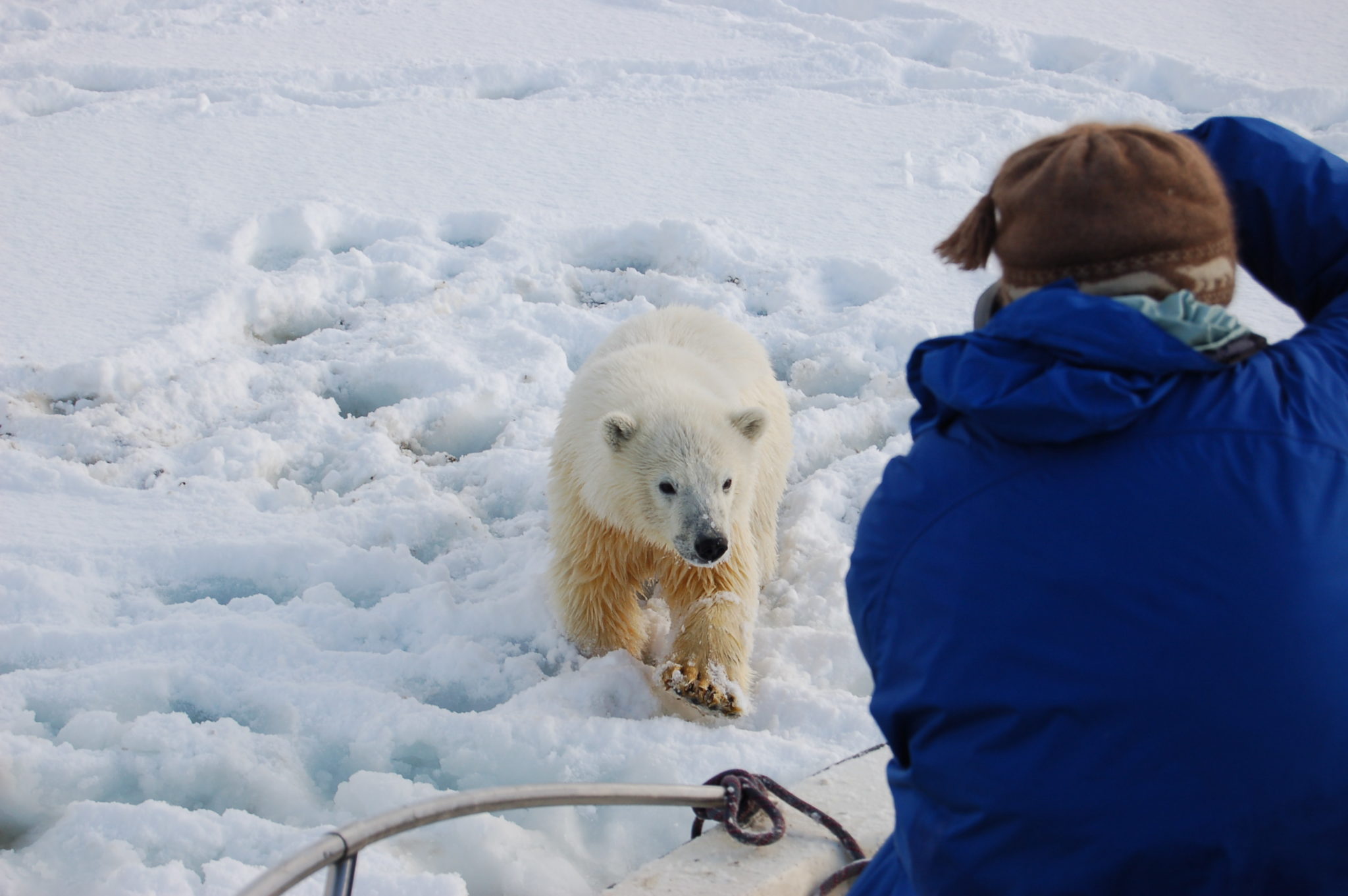 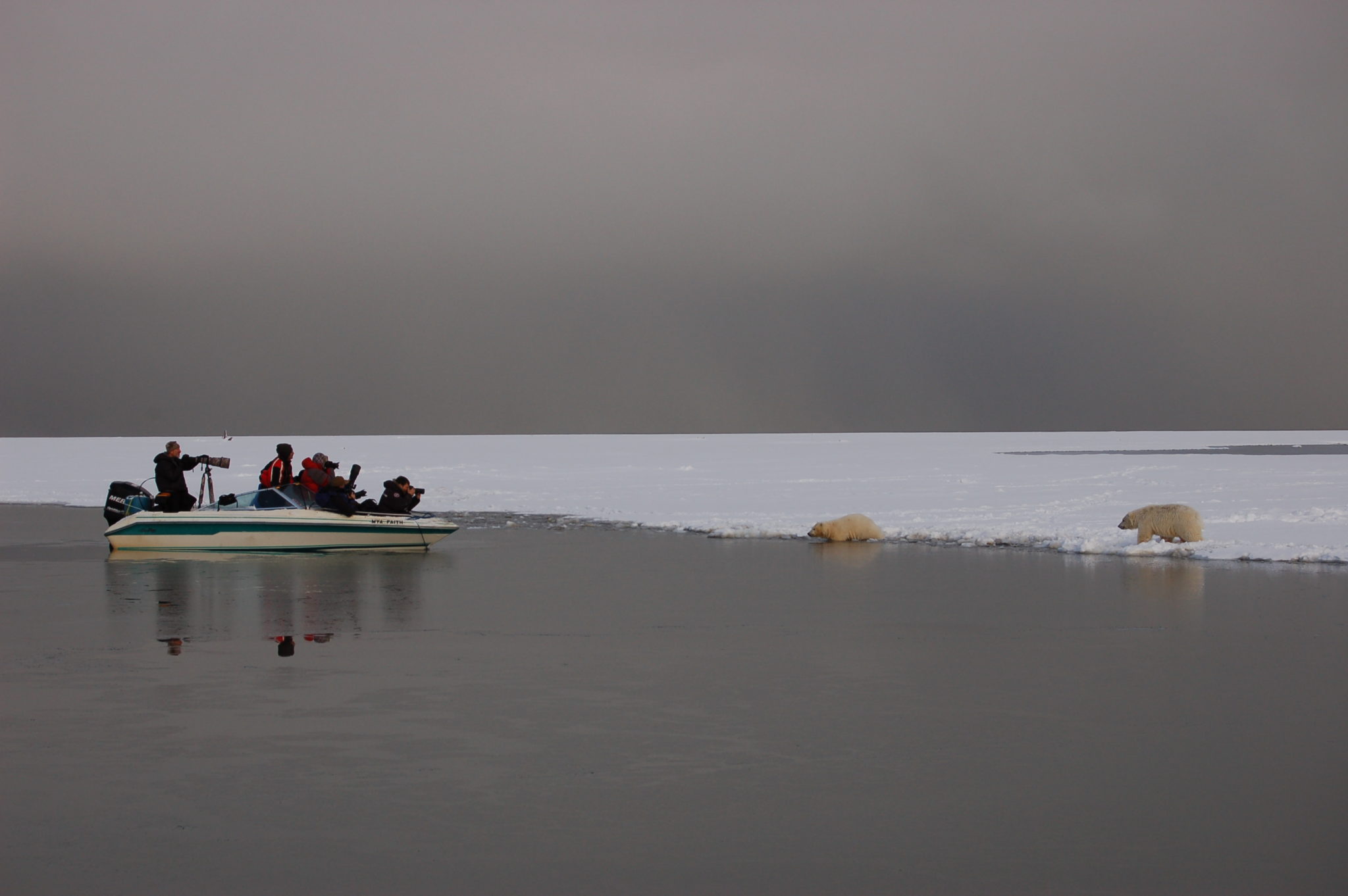 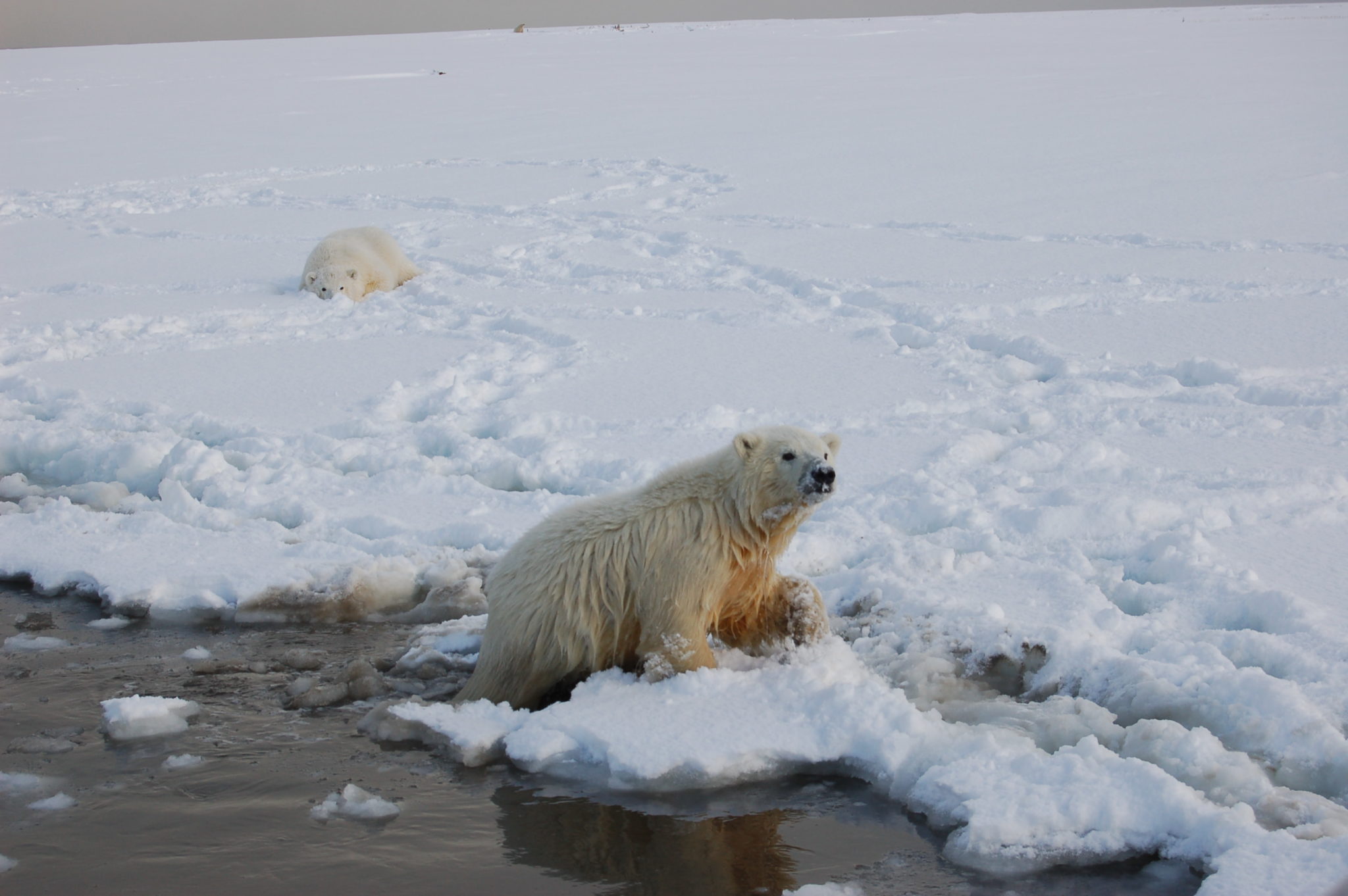 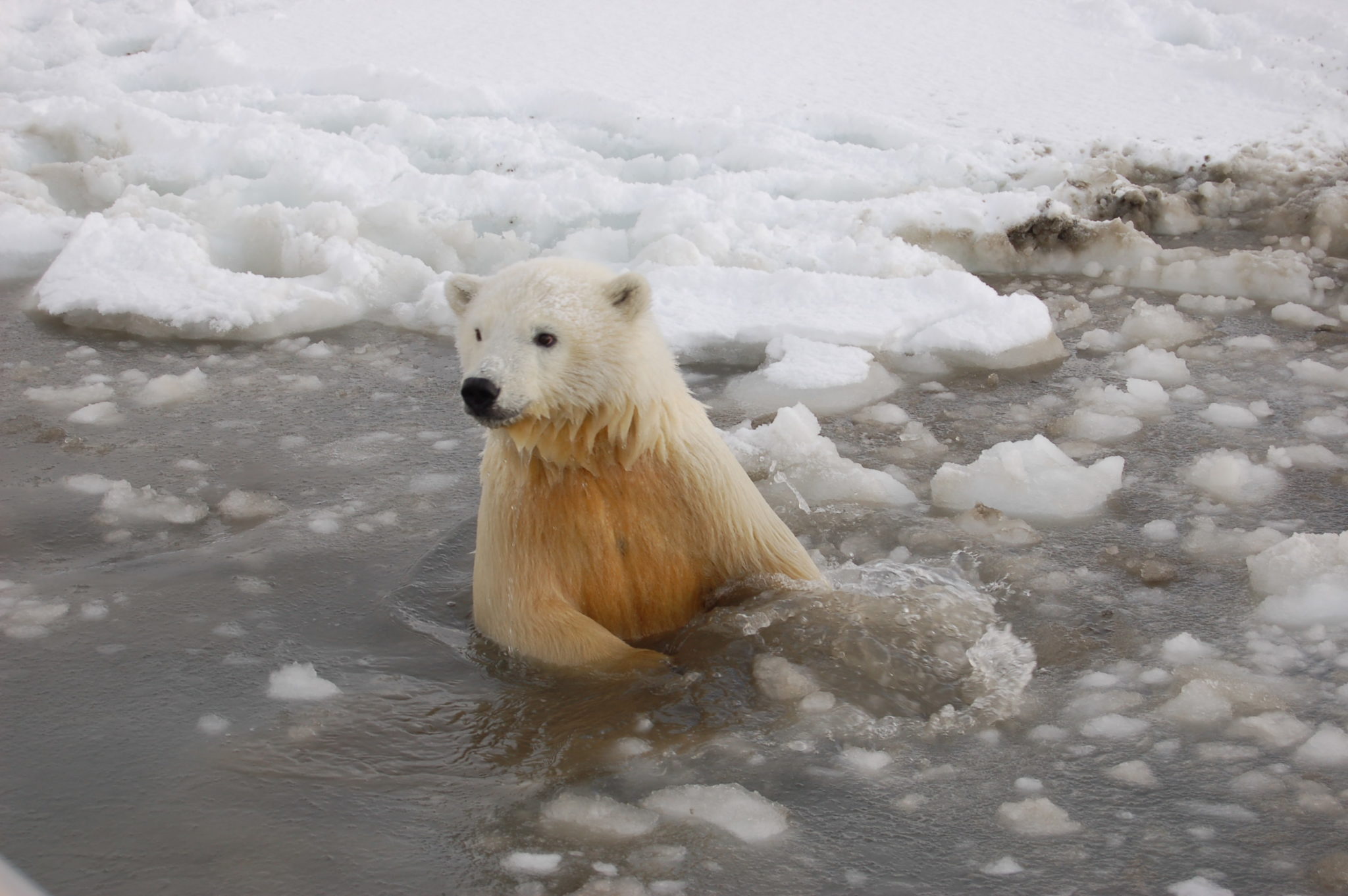 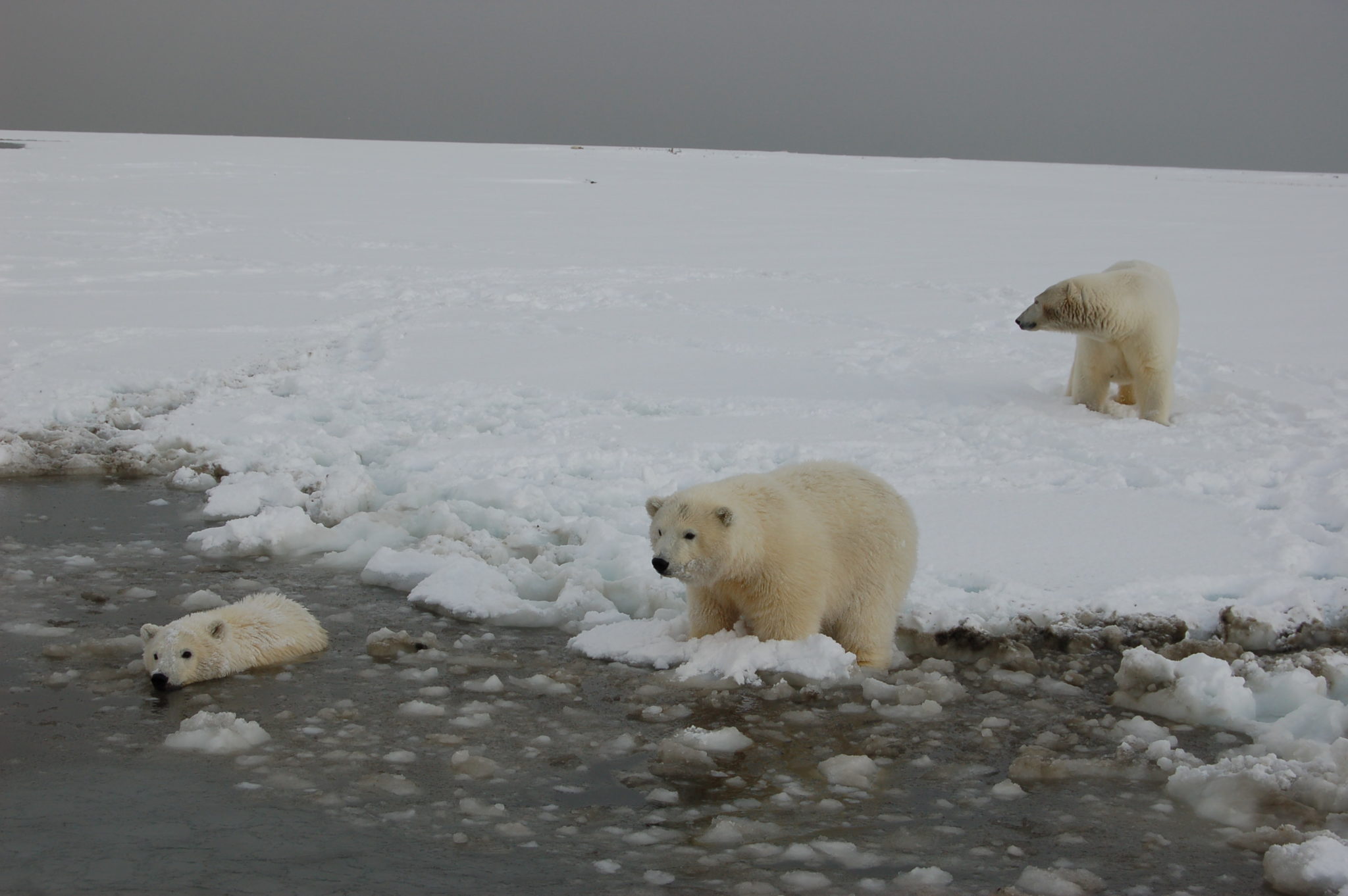 (Above). Momma and her two cubs. As long as momma didn’t detect any threats or sudden movements in the boat, she was quite sanguine about all the activity. 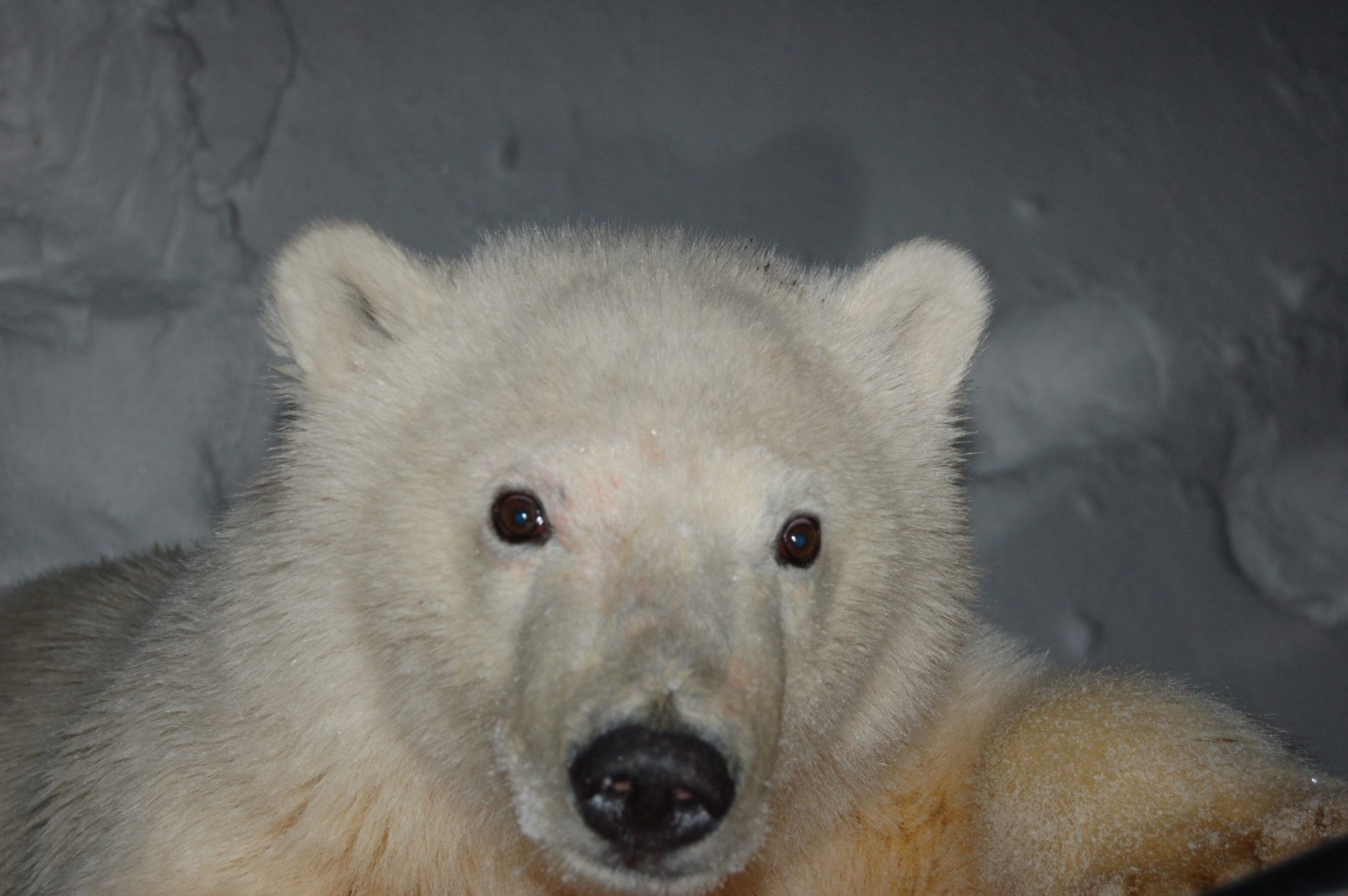 This yearling cub is already a good hunter. He swatted, in mid-air, a landing sea-gull and then pounced on it. He carried the bird, pecking at this youngster, away and chowed down. You can see the blood if you look closely. This cub then came over to our old school bus and got up against the side. We stuck our hand out the window (admonished not to do so by the tour guide, reminding us of the bird-strike moments before) and snapped this picture ‘in the blind, so to speak–it was, literally, a shot in the dark and it came out well, as you can see. 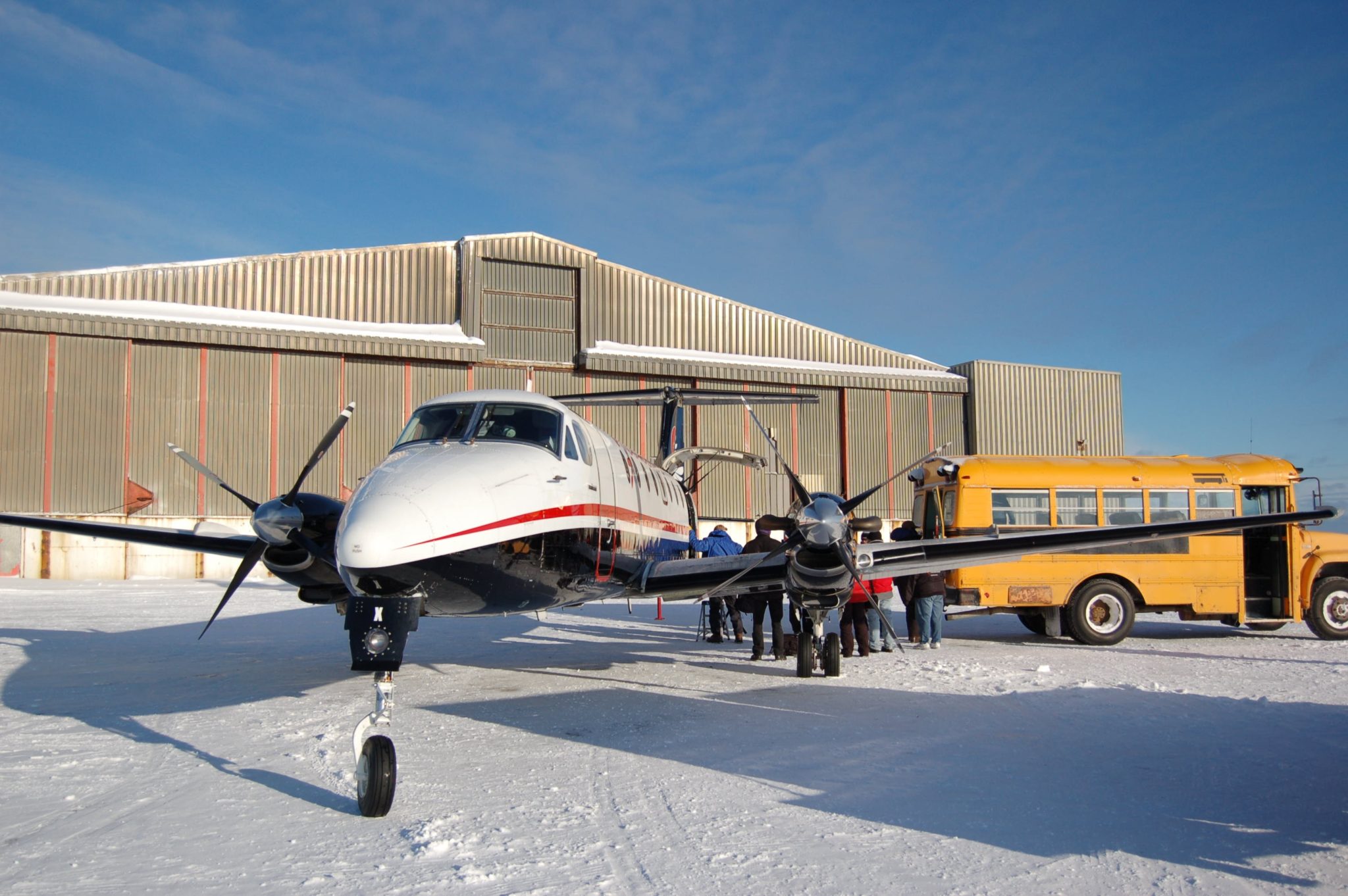 Kaktovik, Alaska: Barter island, just two miles by four, was once a Distant Early Warning station for the US in the Cold War. Kaktovik is where we went to see the polar bears. See our North to Alaska post for its location. The airport doesn’t have a terminal. What you see is what we get. 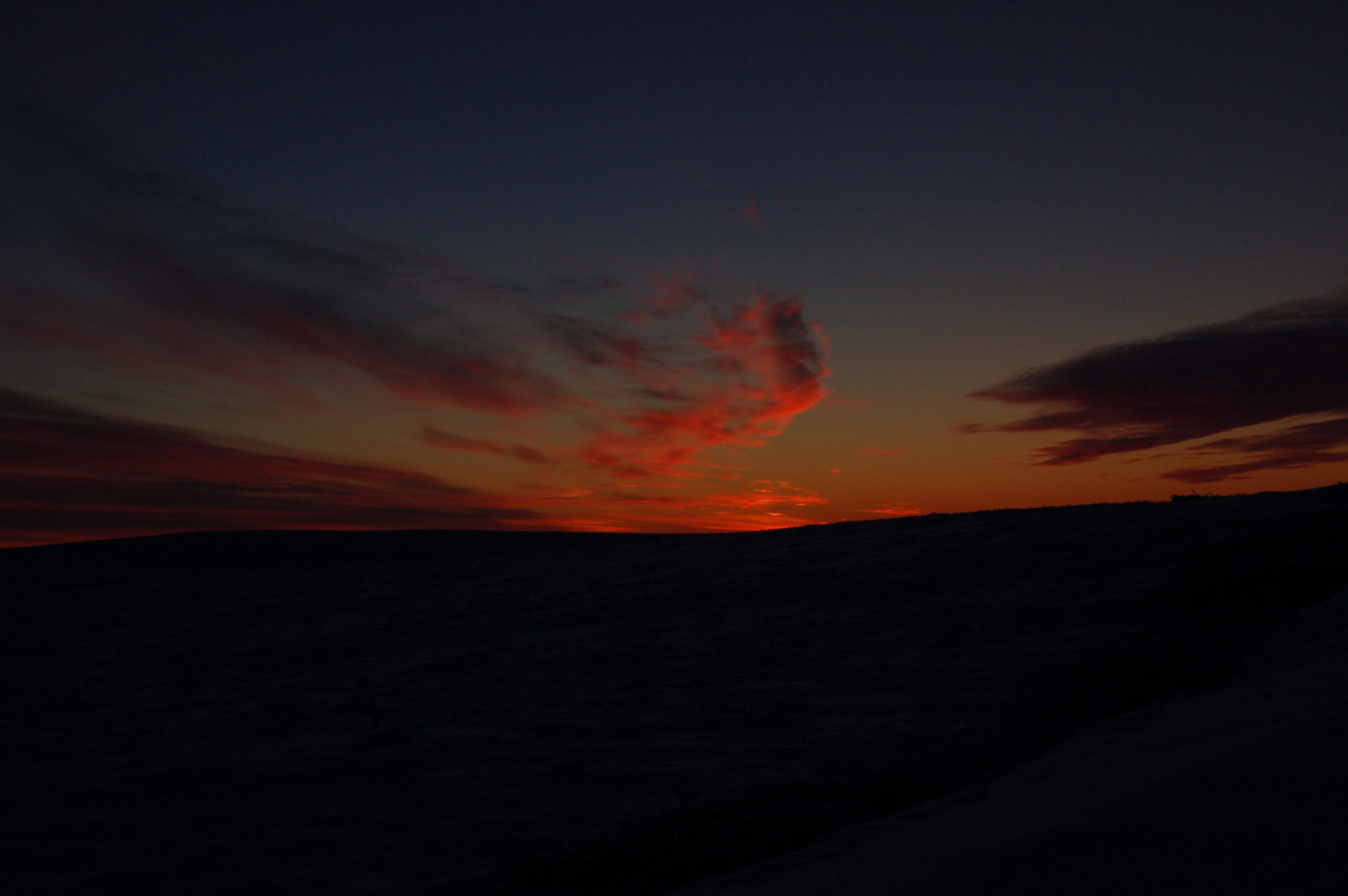 Somewhere along the Haul Road. 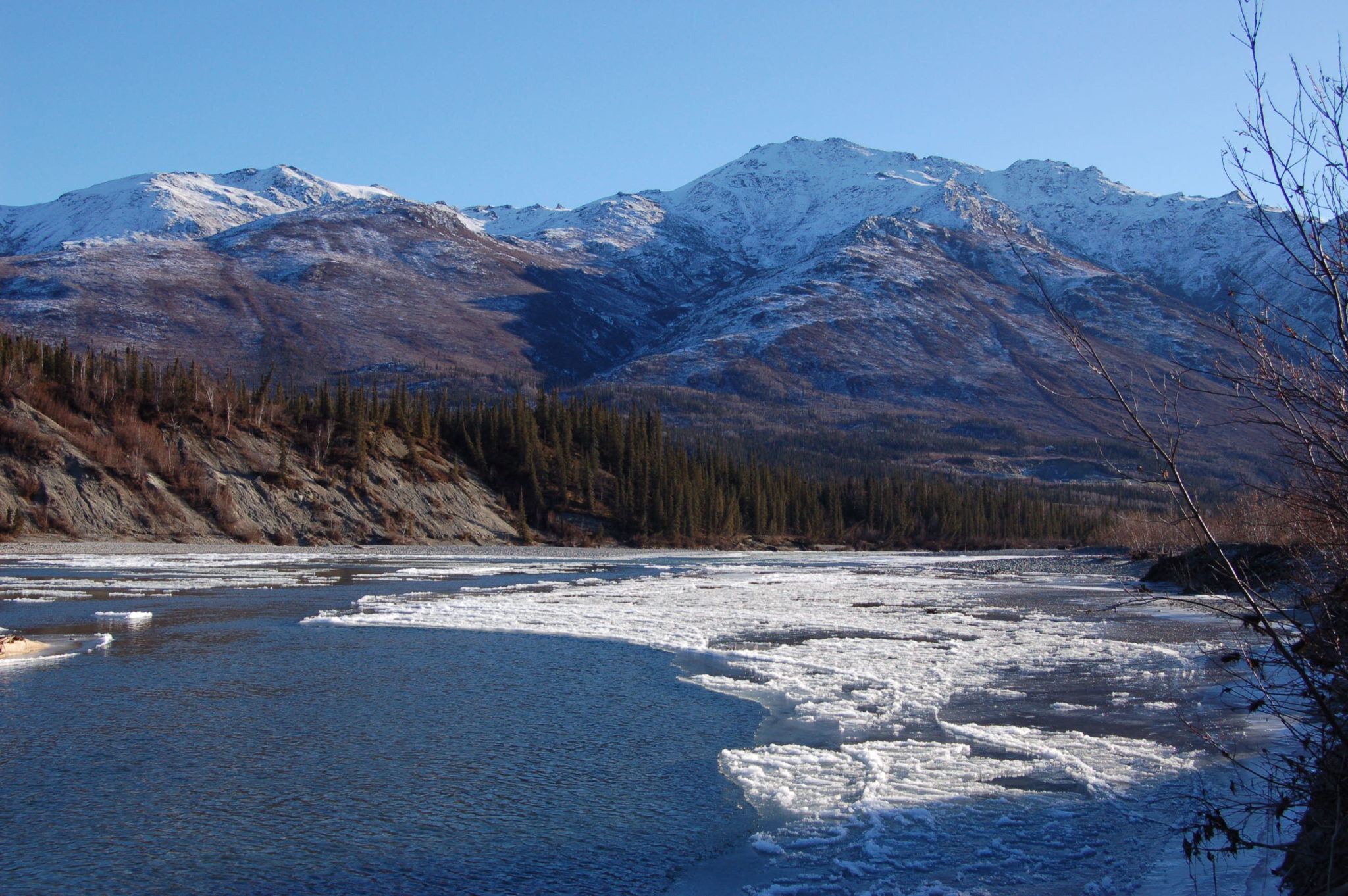 The creek by our cabins in Wiseman. 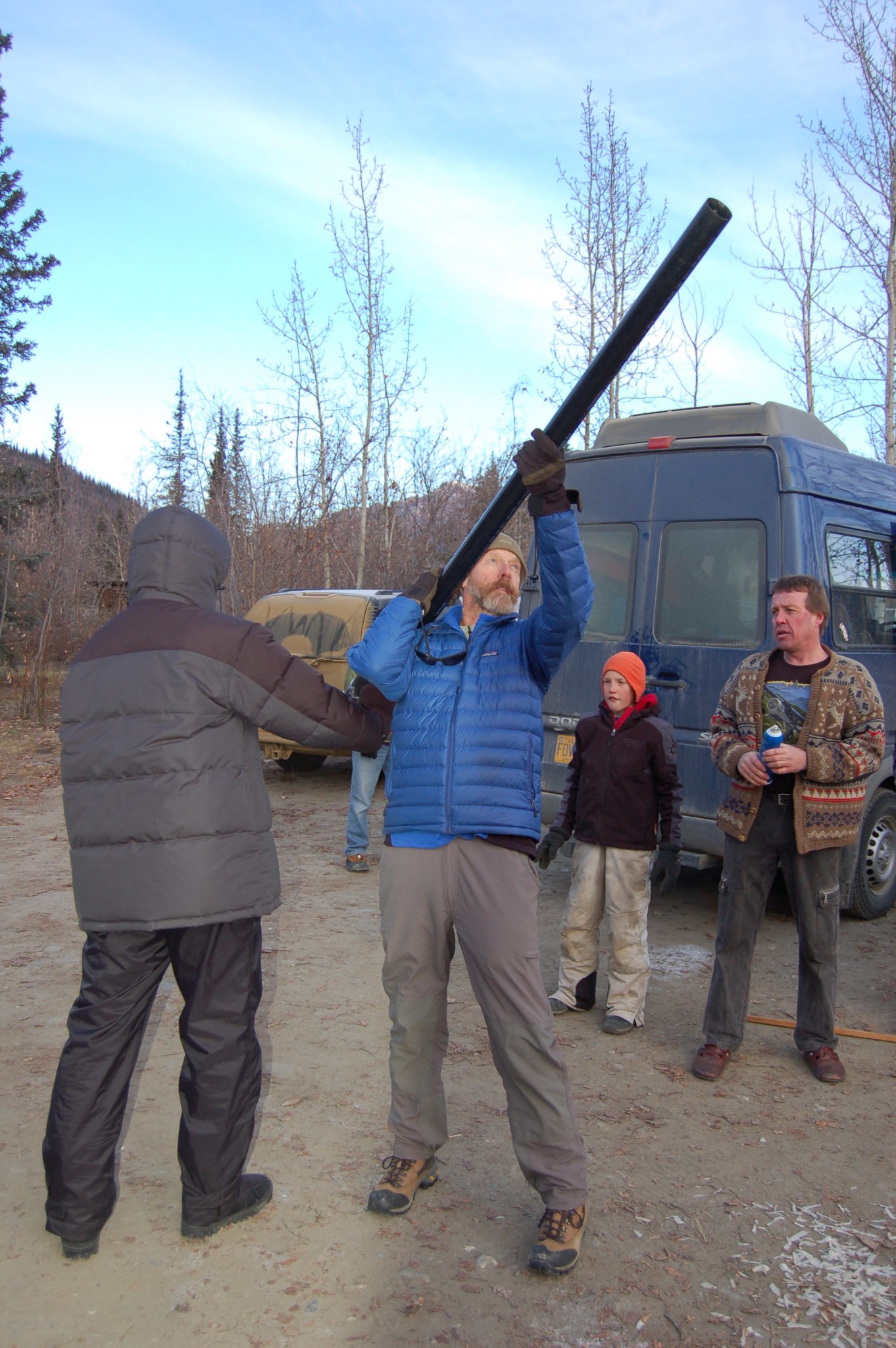 Our departing ceremony at Wiseman–firing the potato gun, a tradition of our tour guides. The people in the photo are others on the tour. 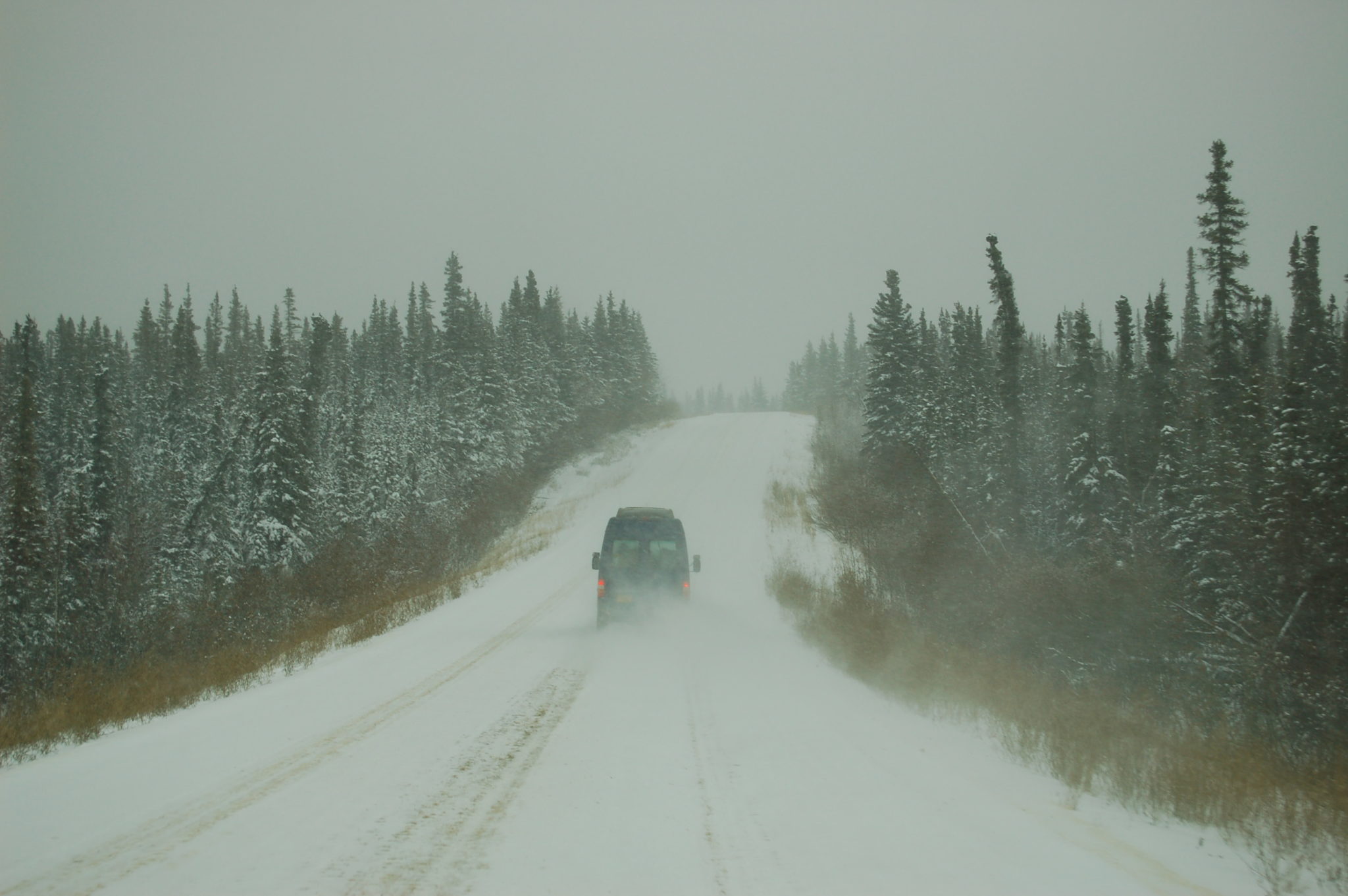 We didn’t get much snow on the trip, between Oct. 2-11, but here is a little between Wiseman (above half way up the Haul Road) and Fairbanks on our return.