Here’s our final trip report for our Svalbard adventure. We tacked on four days in Oslo and five in Stockholm, since we were “in the neighborhood.” This was our first trip to Scandinavia, with Norway and Sweden being our 32nd and 33rd countries visited.

The prime purpose of the trip was to go to Svalbard. We previously posted some photos taken with our handy-dandy Blackberry.

Below is just a small sampling of the hundreds of photos we took.

This map shows the route of the small, 100-passenger ship, the M/S Expedition, owned and operated by G Expeditions. 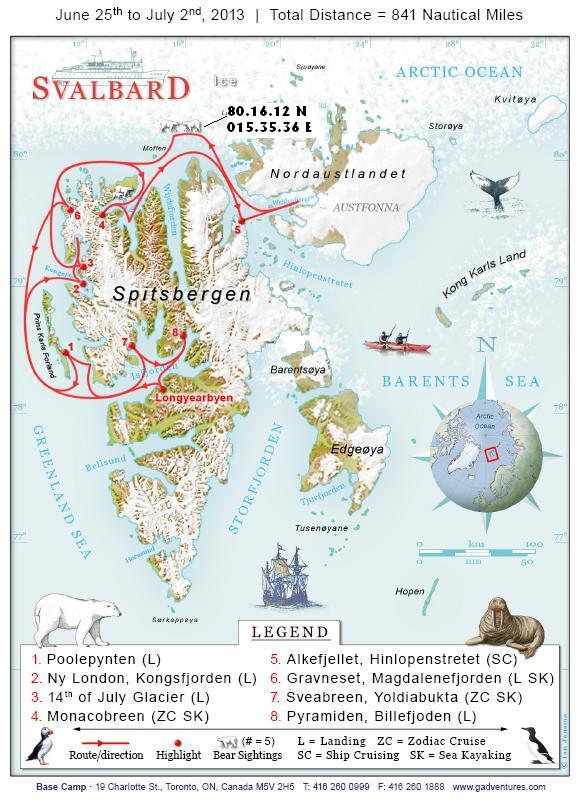 Temperature this time of year was in the 30s-low 40s F, and of course the sun was out 24 hours a day. So without a bunch of pontificating, here is how I spent my summer vacation. All photos are mine.

The Zodiacs give you a sense of the size of the glacier. We stopped and listened once within the ice flow. You could actually hear the ice melting; it’s like Rice Krispies: snap, crackle and pop of the air bubbles bursting. 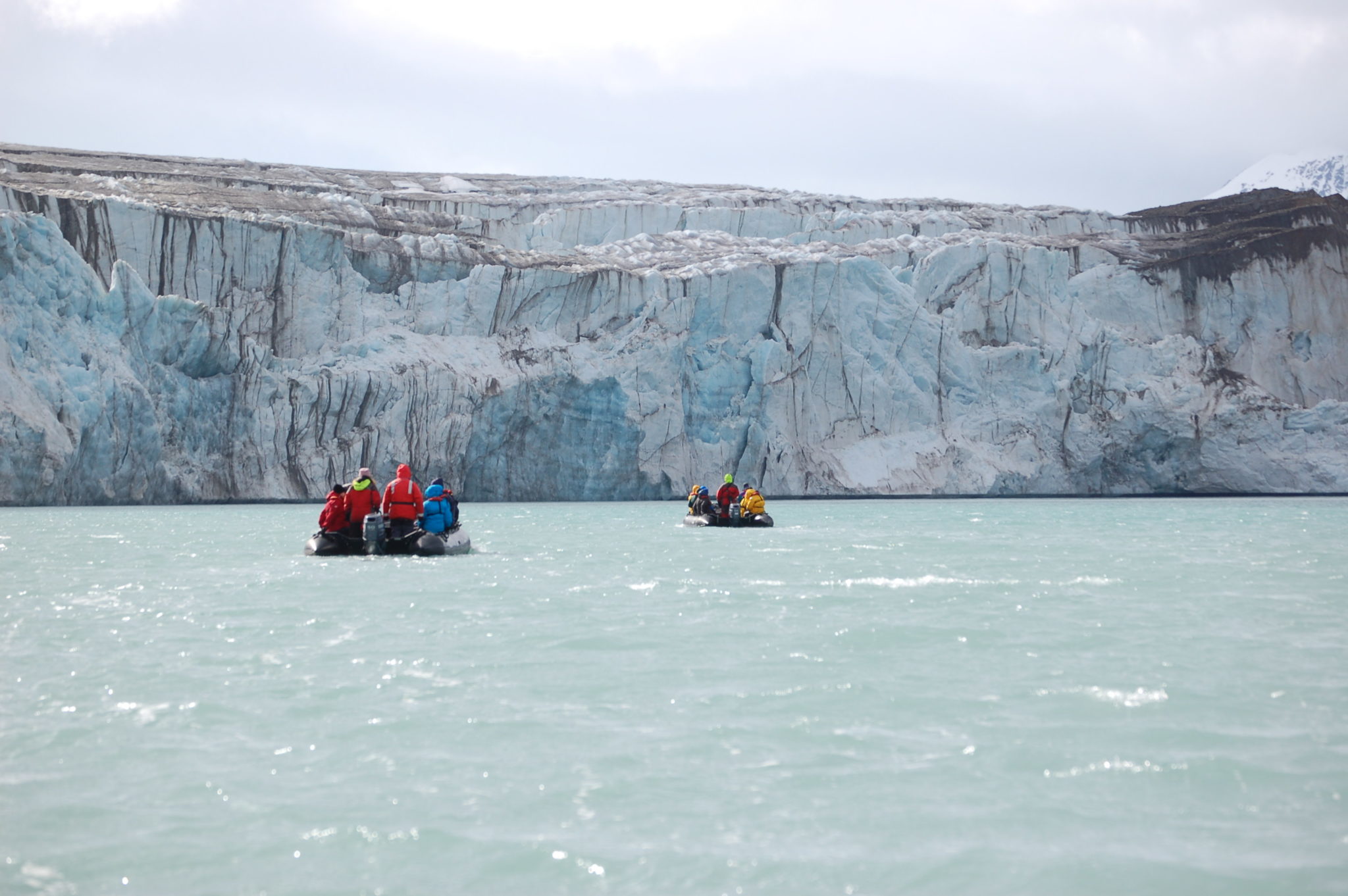 Another sense of the human scale and the size of the glacier. One glacier we saw was 2.5 miles wide at the face and 50 meters high. The black “dots” in the water are two Zodiacs. 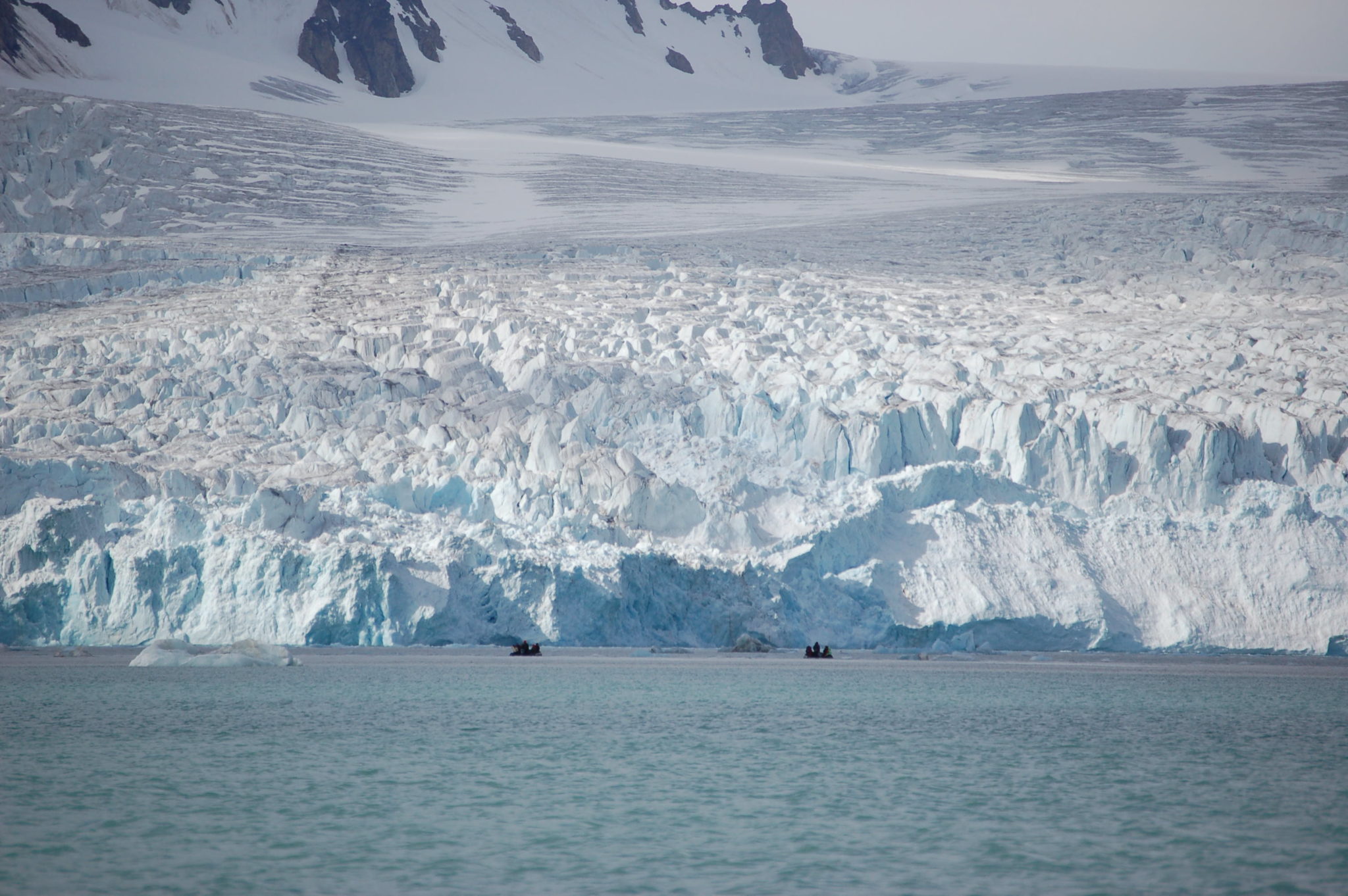 Glacial formations are pretty impressive. Everyone in our Zodiac particularly noted this formation. What do you see? 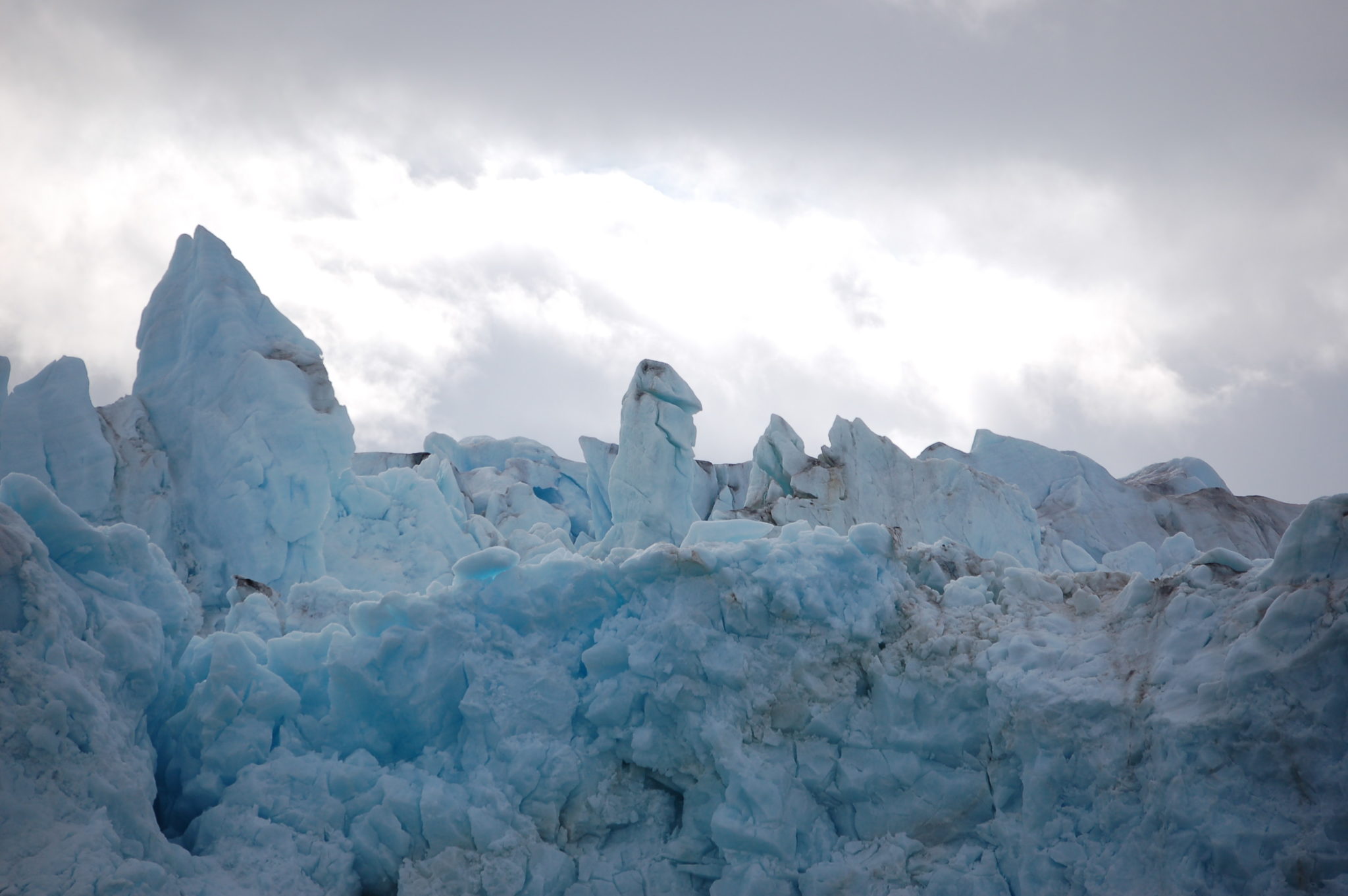 Note the intense blue from the compression of the ice over the decades. Moments after taking this picture, a portion of this calved. The ice cracking sounded like a rifle shot. 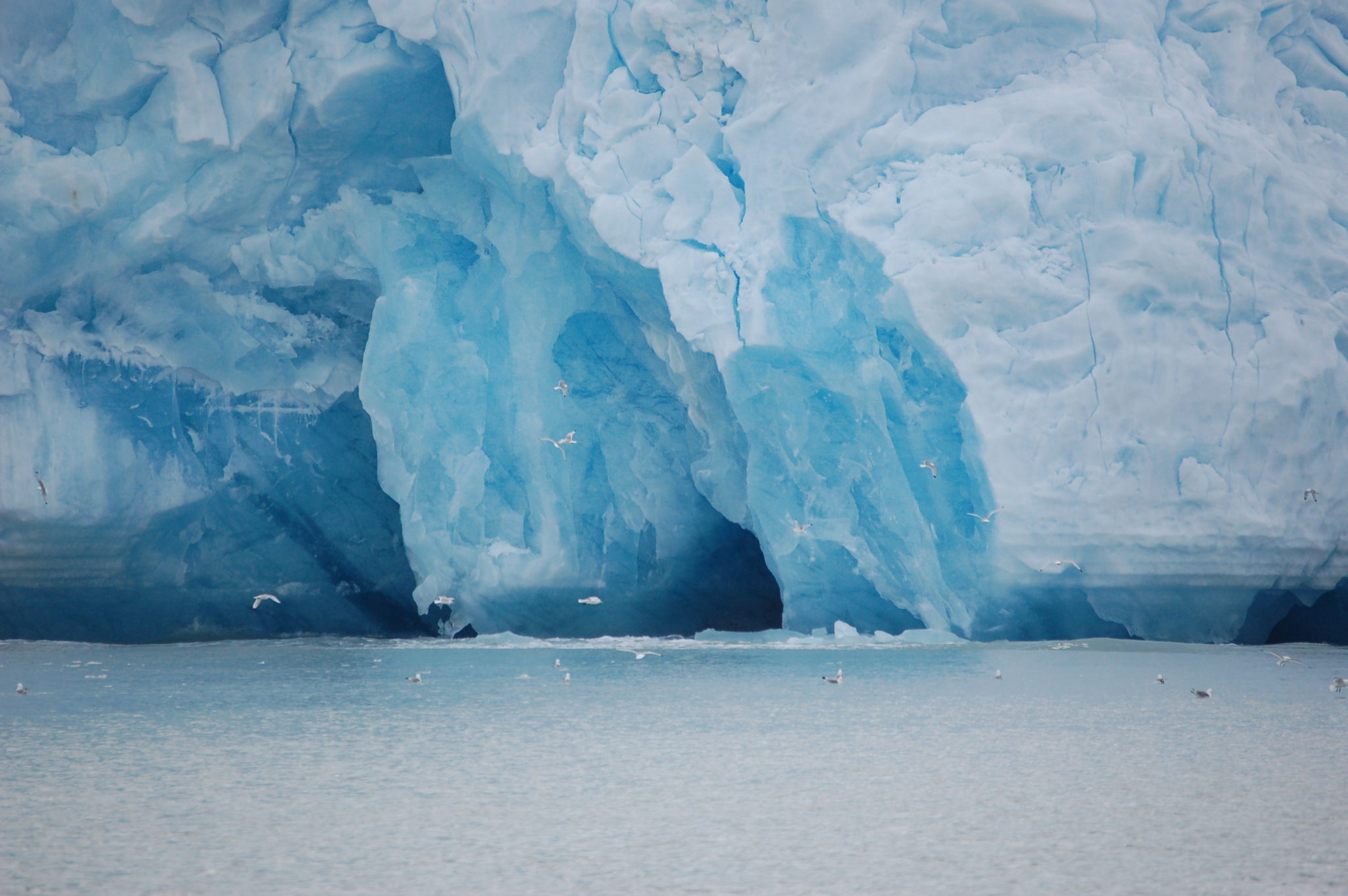 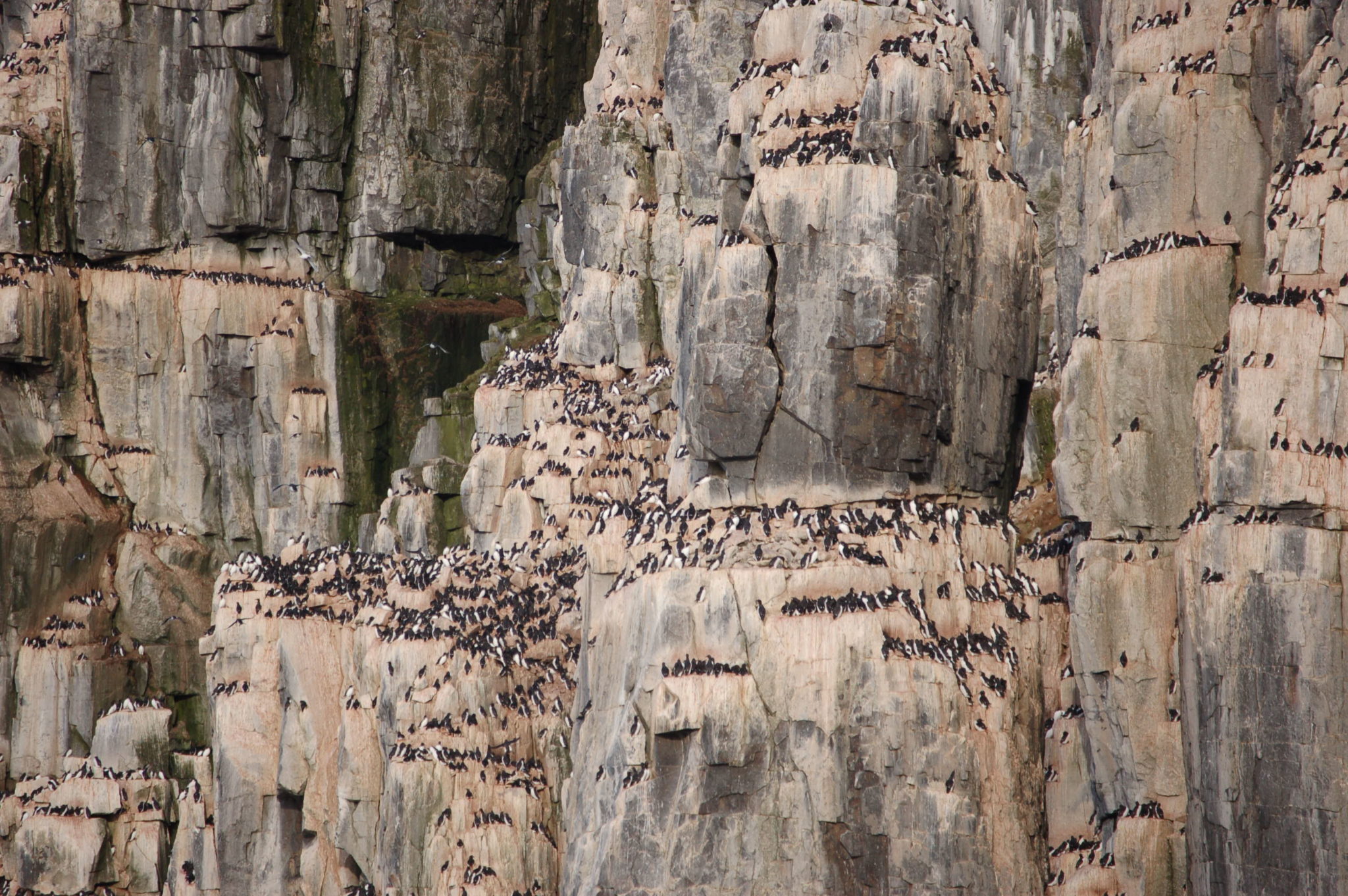 In one location (to the right of location 5 on the map in the inlet), we “anchored” overnight in the ice flows–the water was too deep to drop the anchor. In the morning, the captain had to maneuver the ship back and forth and side to side to back out. 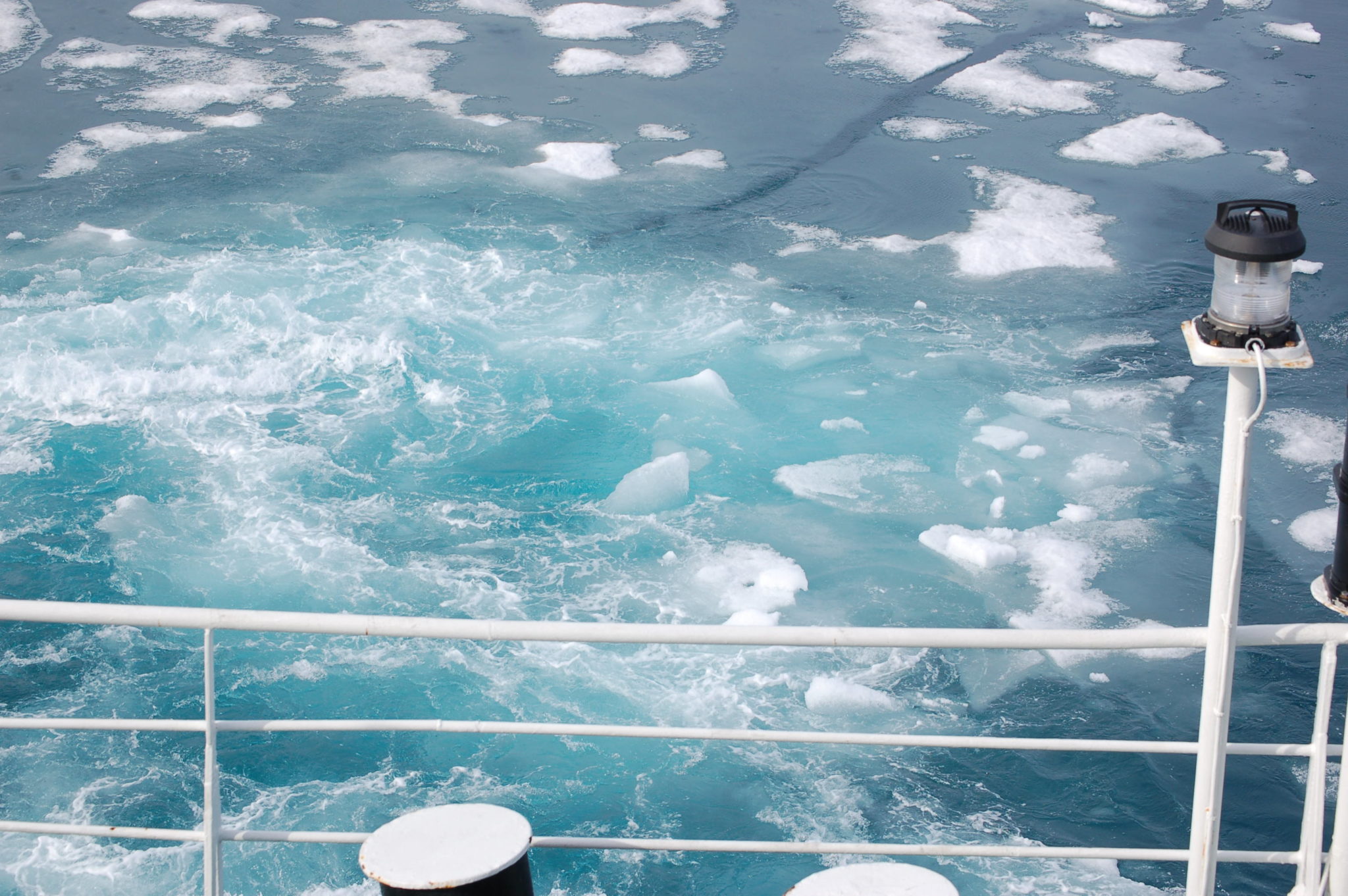 We’re at the polar ice cap. This ship in the distance is within the pack ice. You can’t see it, but there is a polar bear off his bow. This is the 80.16.12 N on the map, the farthest north we went and as far north as I’ve been. 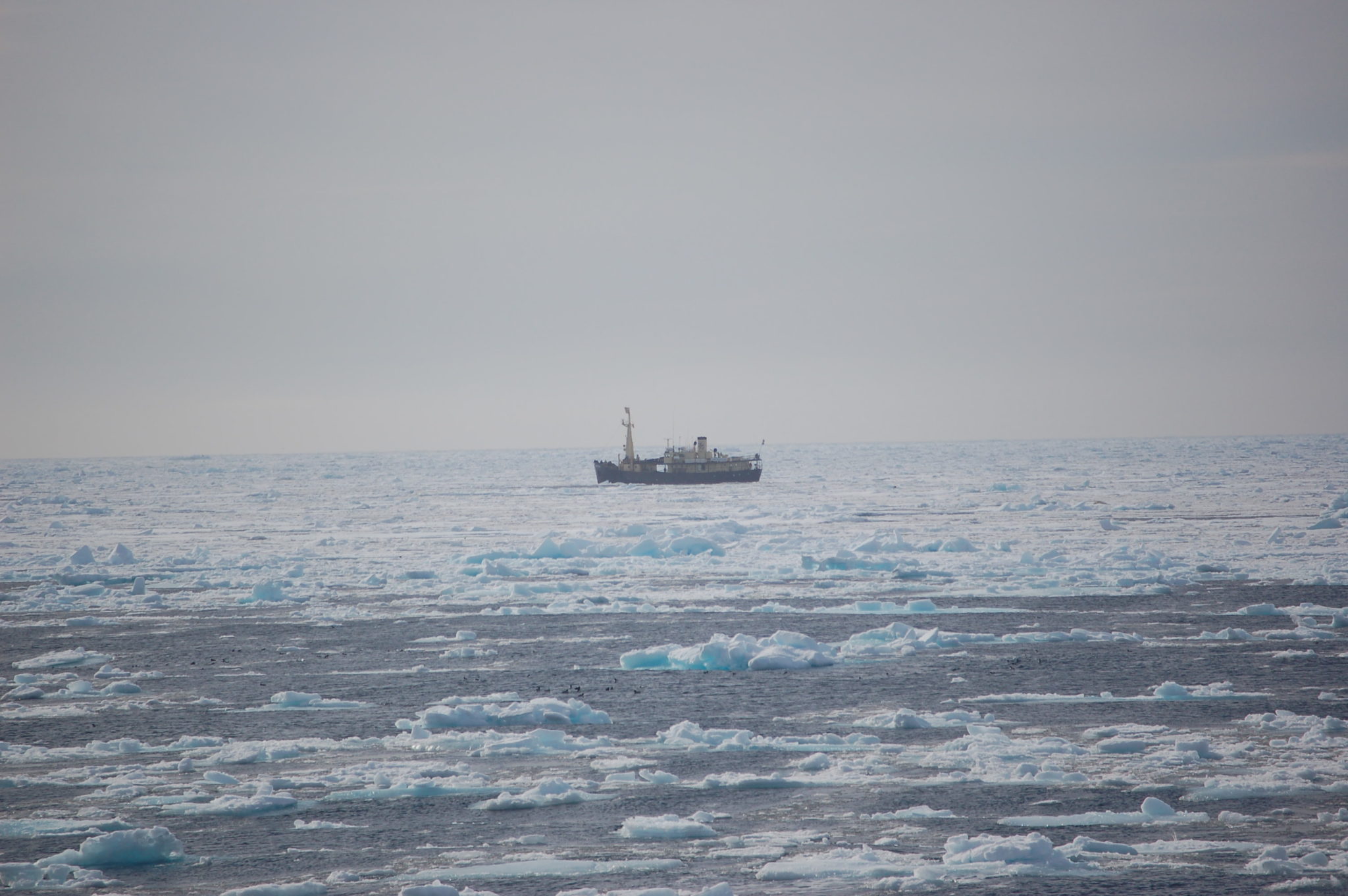 A polar bear with a kill in the ice pack. One of five bears we saw. 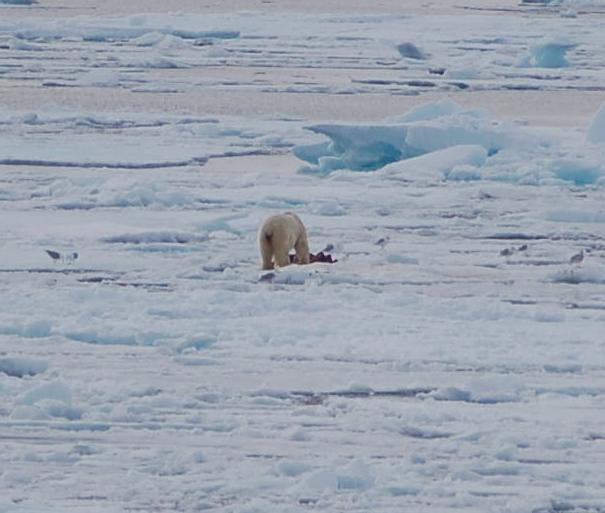 Our ship maneuvering in the ice pack to get closer to the polar bears. 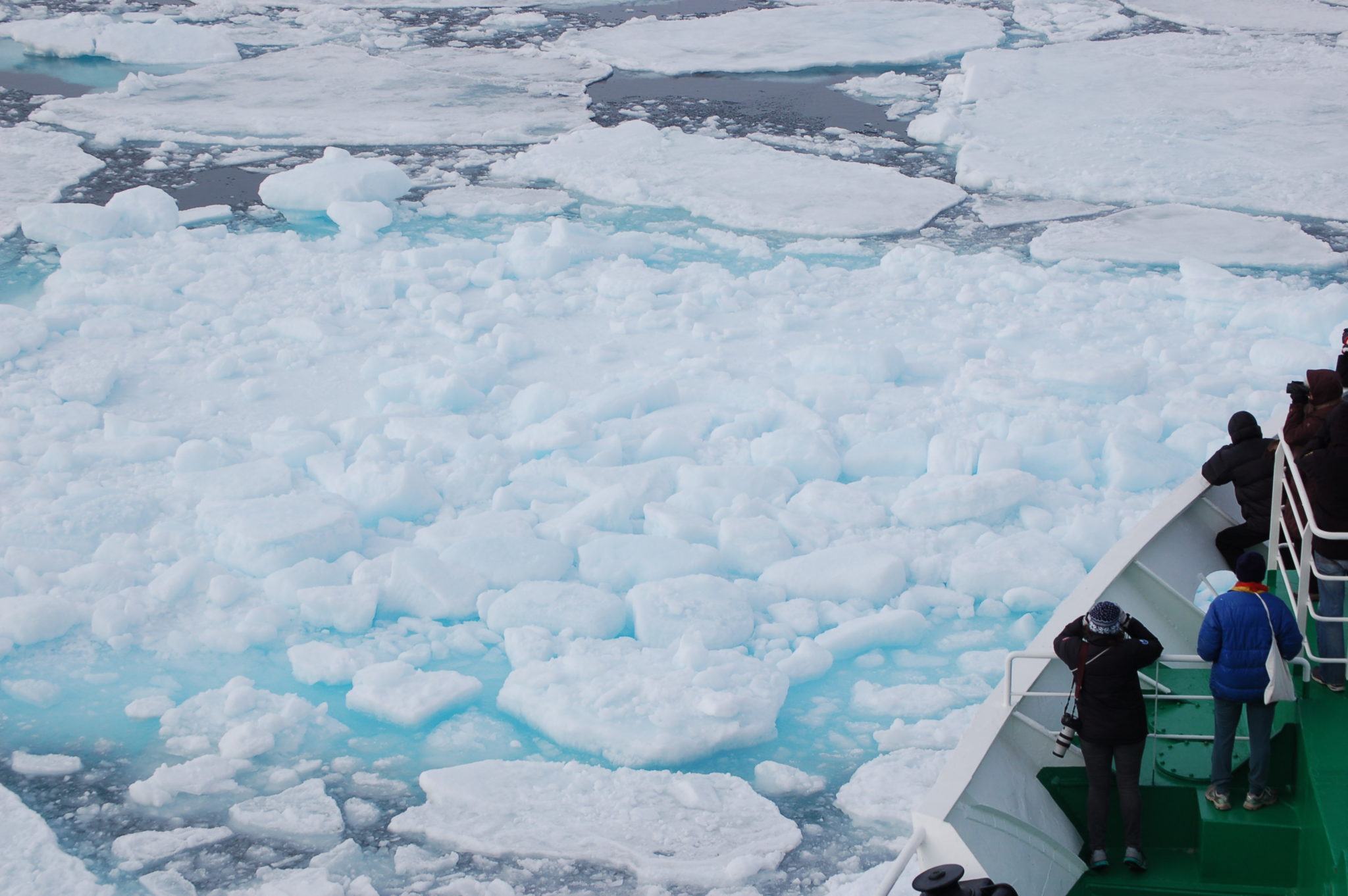 I found it especially interesting to see the polar bears walk on the ice pack. These two males ignored each other. The one on the left had the kill, and momentarily he lay down for a nap. Our guide told us that unless they are both interested in a kill or the same female, they won’t fight because of the risk of injury. 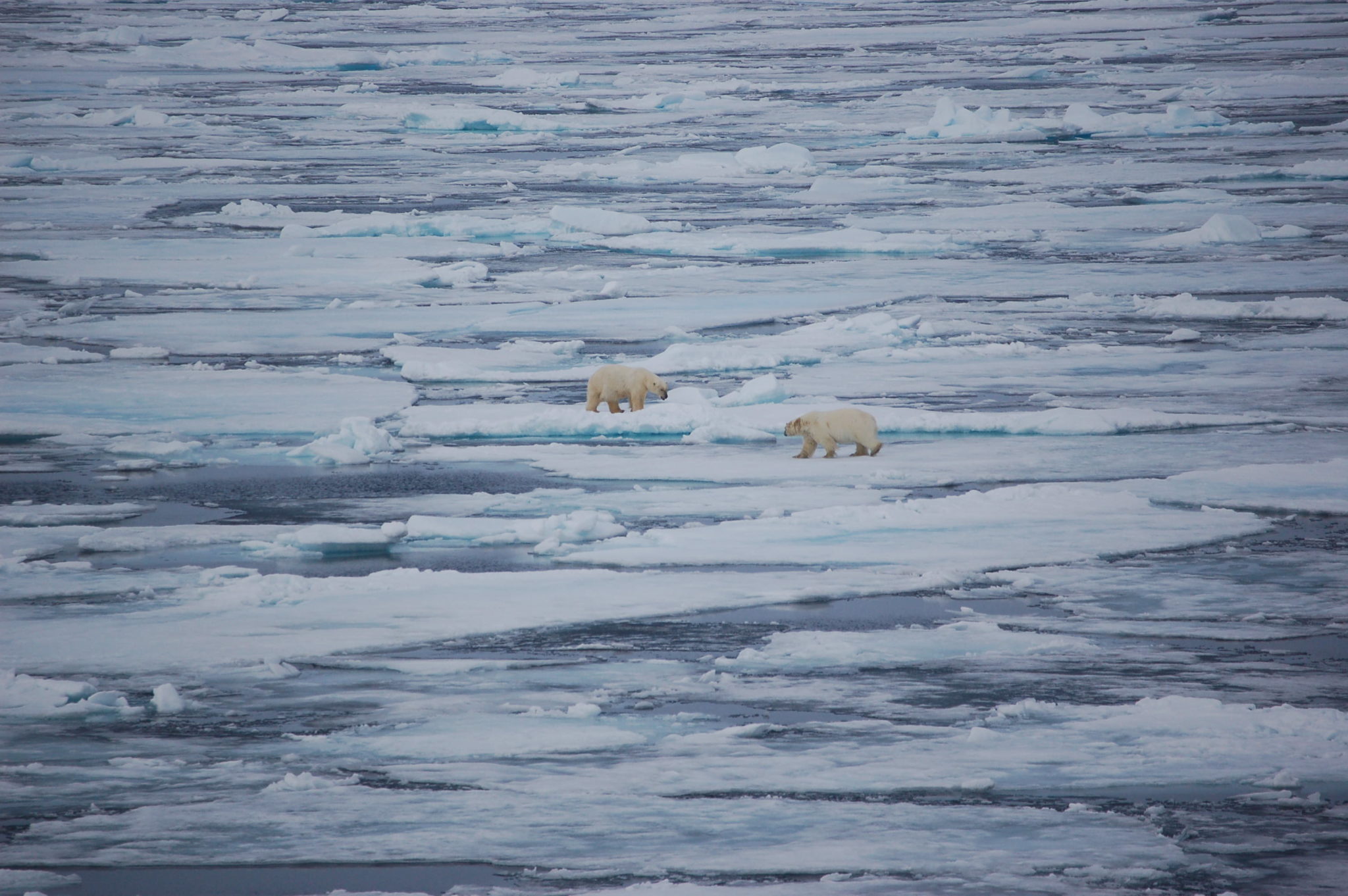 This was the bear on the right. He waddled off. The ship’s captain continued to maneuver into the ice pack to keep us reasonably close, but the bear essentially paced us to maintain his distance. All the polar bear photos were taken with a telephoto lens. We were several hundred yards away. 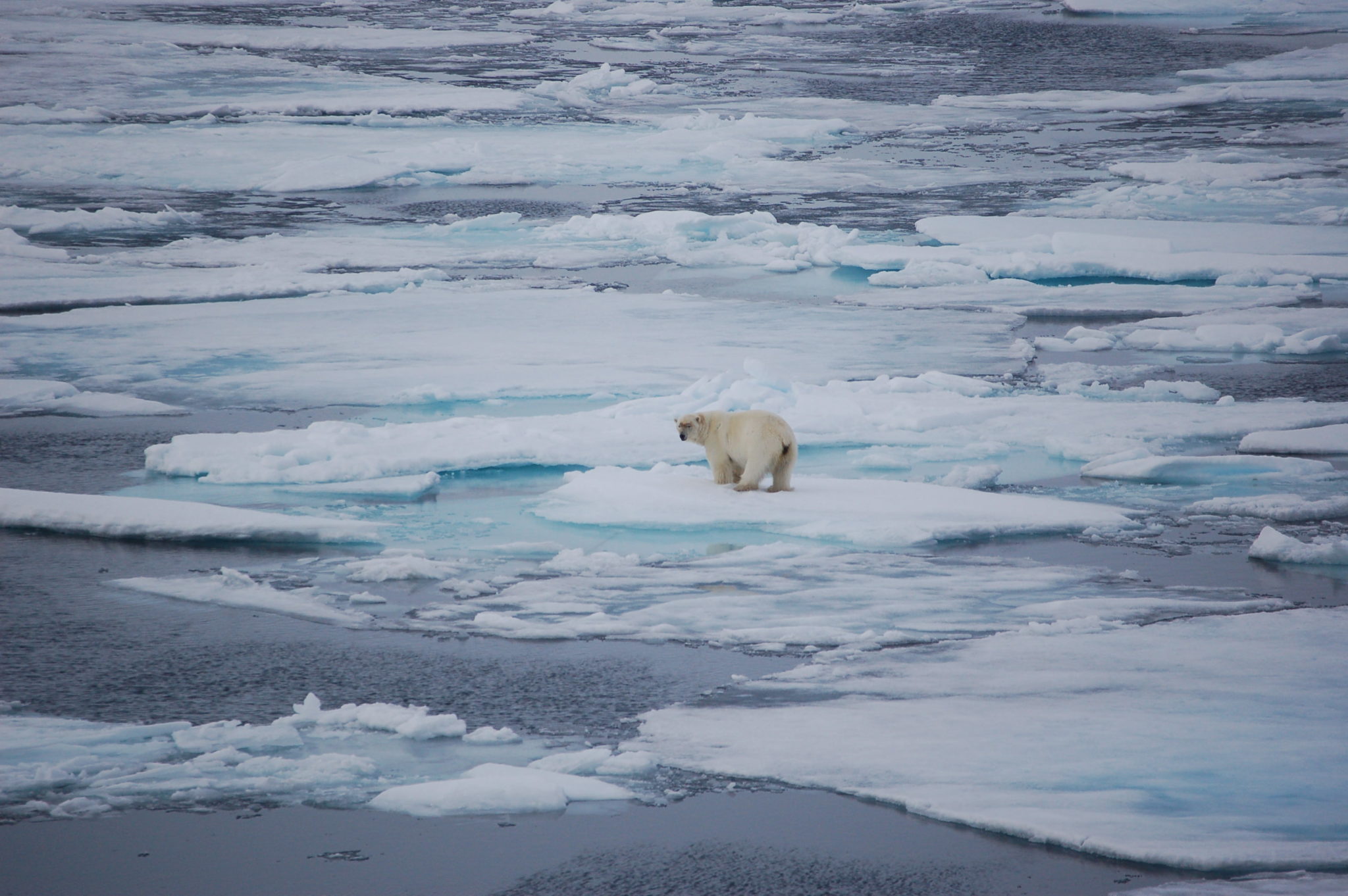 This gives you a sense of the distance between the ship and the bear. 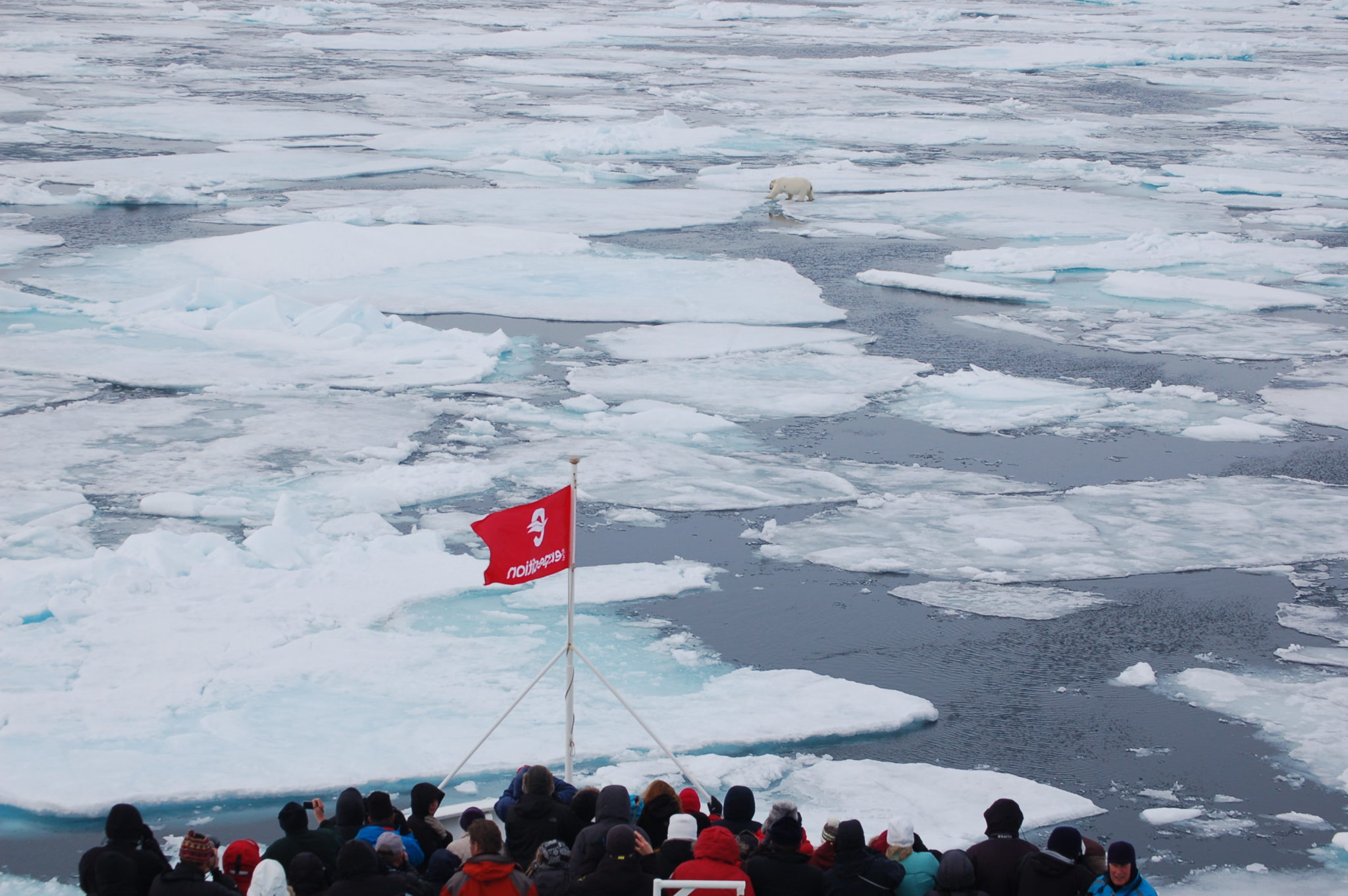 Finally, polar bears of a different sub-species. “The Polar Bear plunge.” I did not partake. 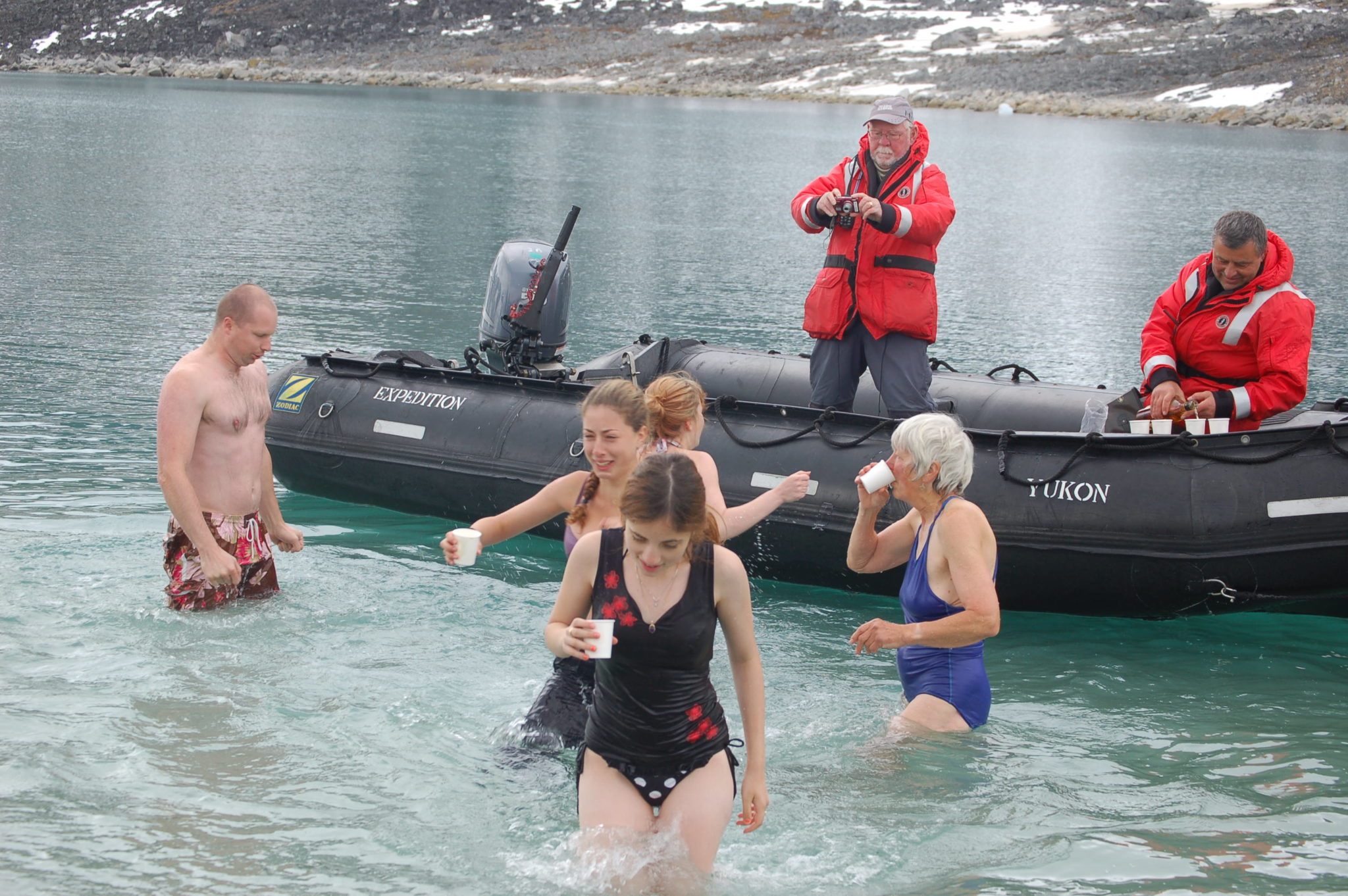 A Russian mining camp on Spitsbergen, one of the Svalbard islands. One of two ghost towns we visited. The Russians were supposed to have dismantled this town years ago. There are 22 there today doing so–20 men and two women, the latter who tend to cooking and the bar. This town had (has) the world’s farthest north swimming pool (indoors). 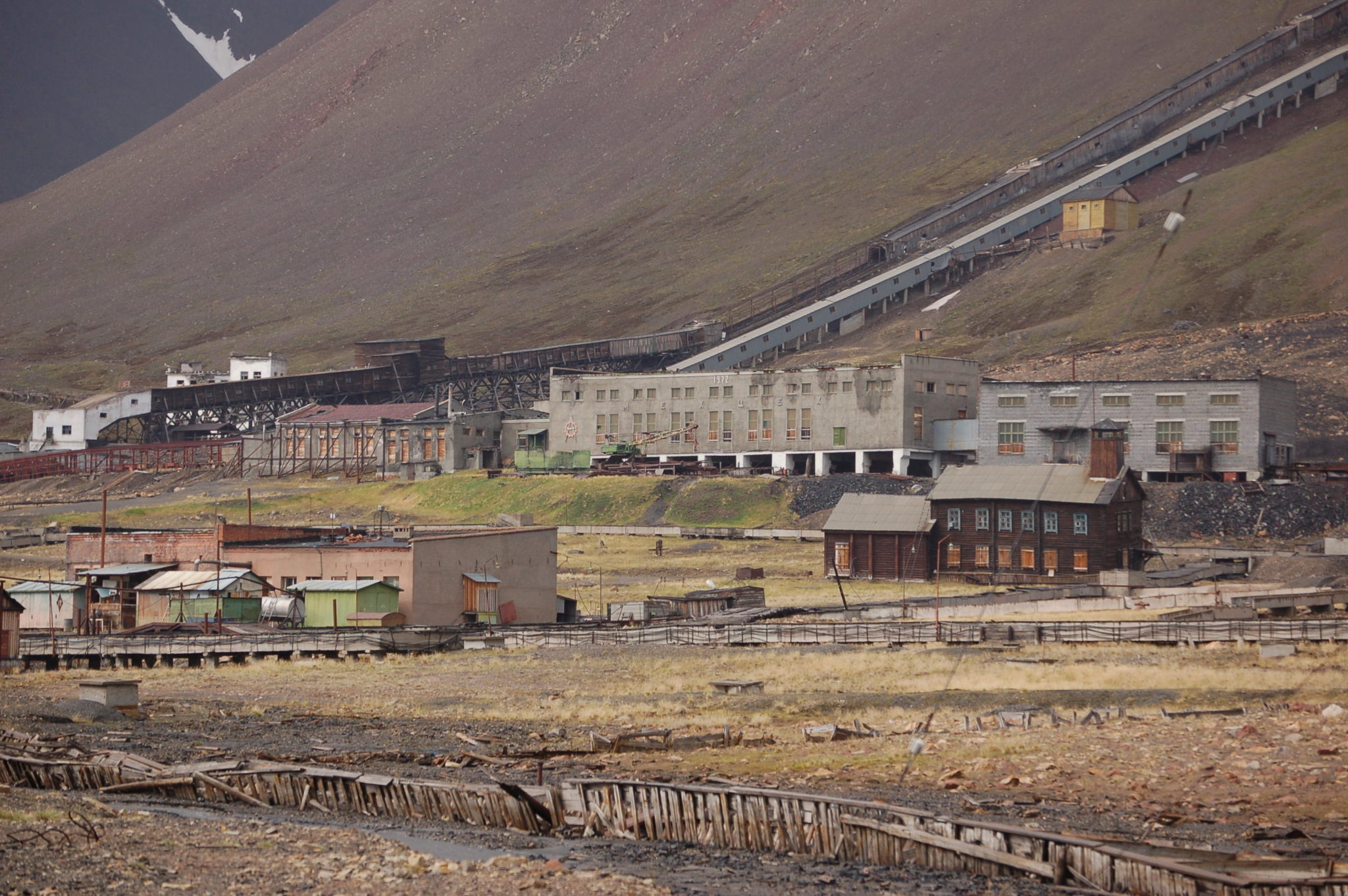 The other ghost town, Cape Mansfield, which mined a poor-grade marble in Svalbard. 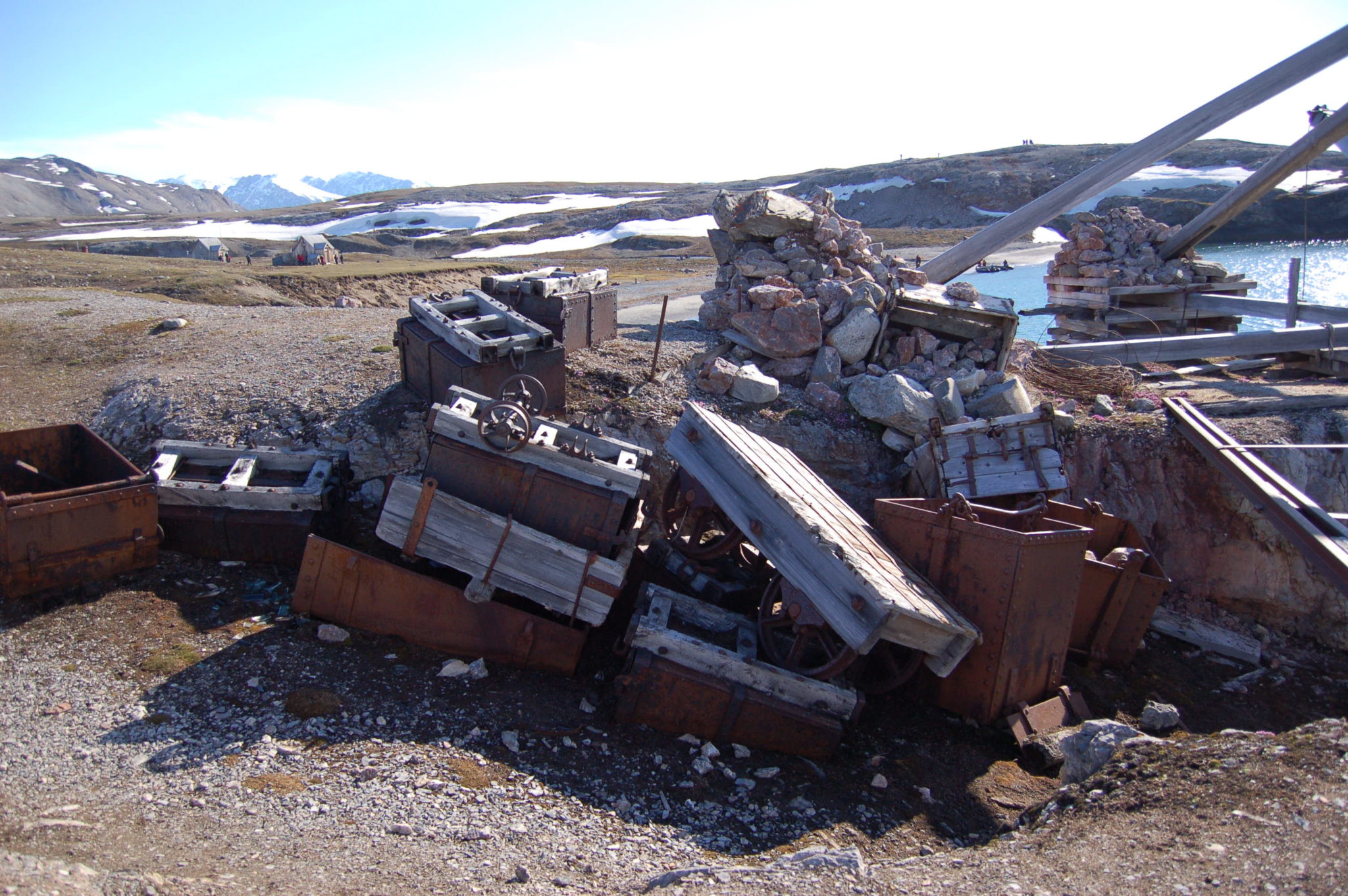 Walrus, on a heavily overcast and rainy day. 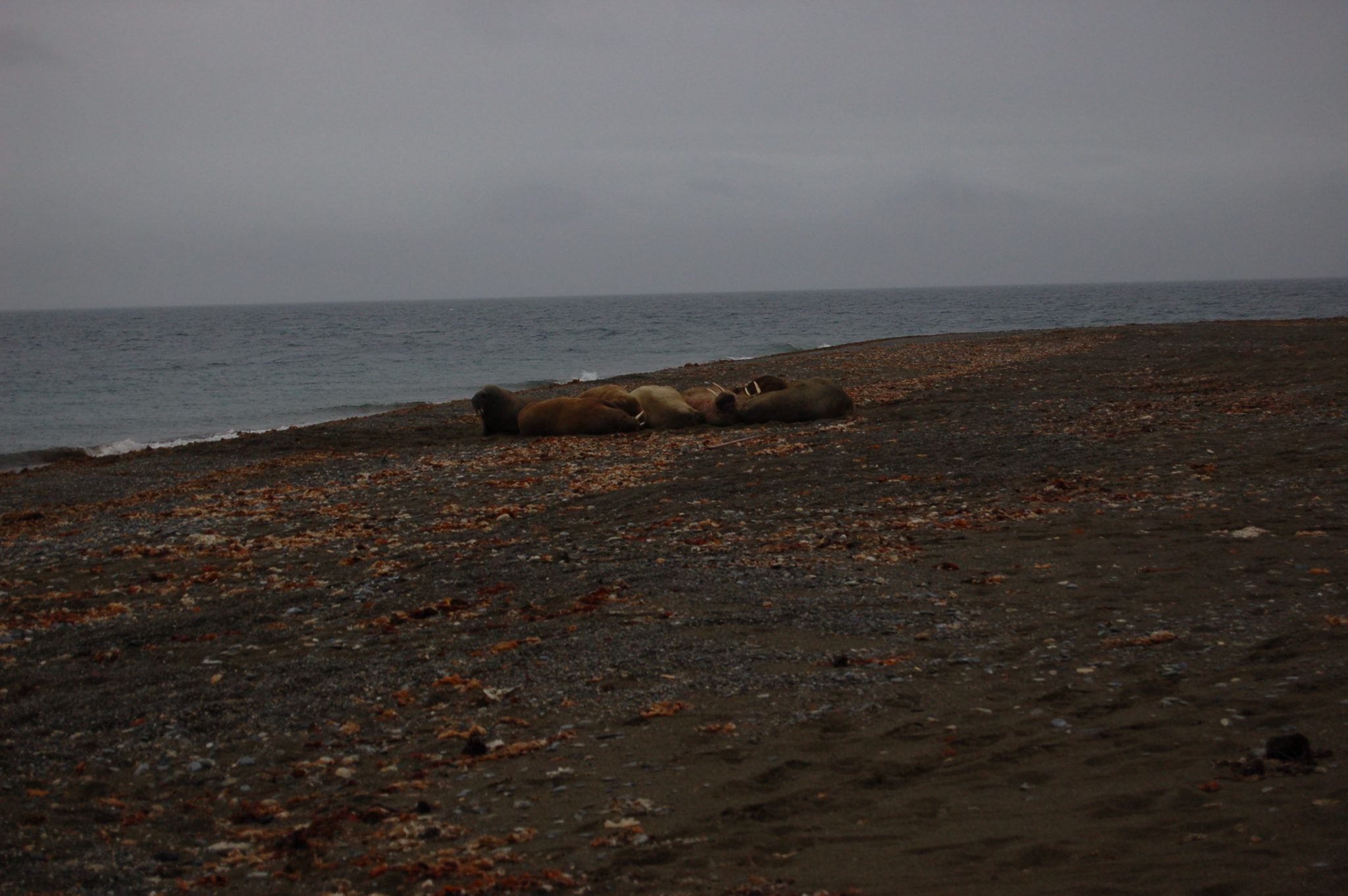 The following is Stockholm’s waterfront (actually one of many, but this has a nice blend of European architecture). 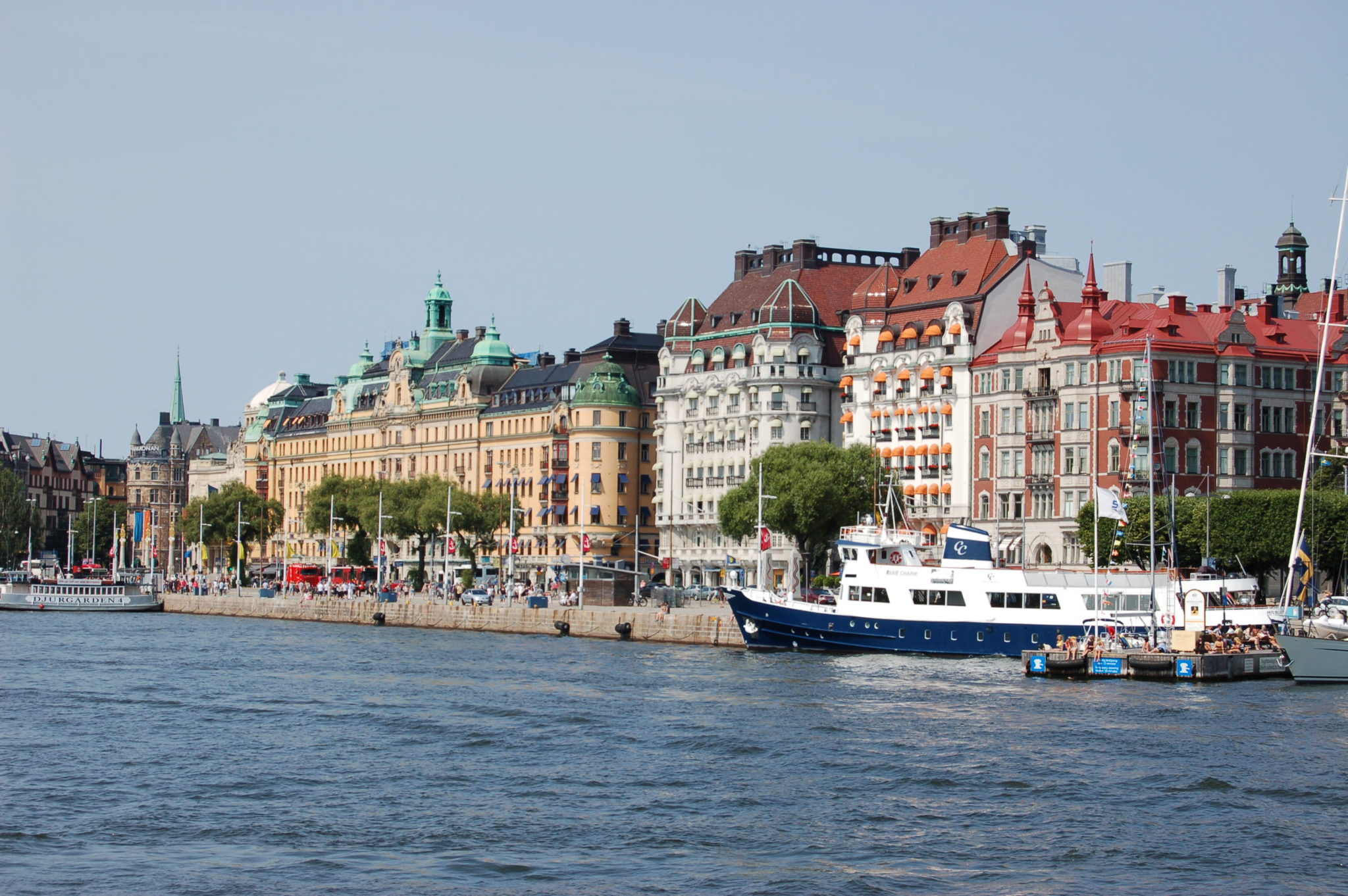 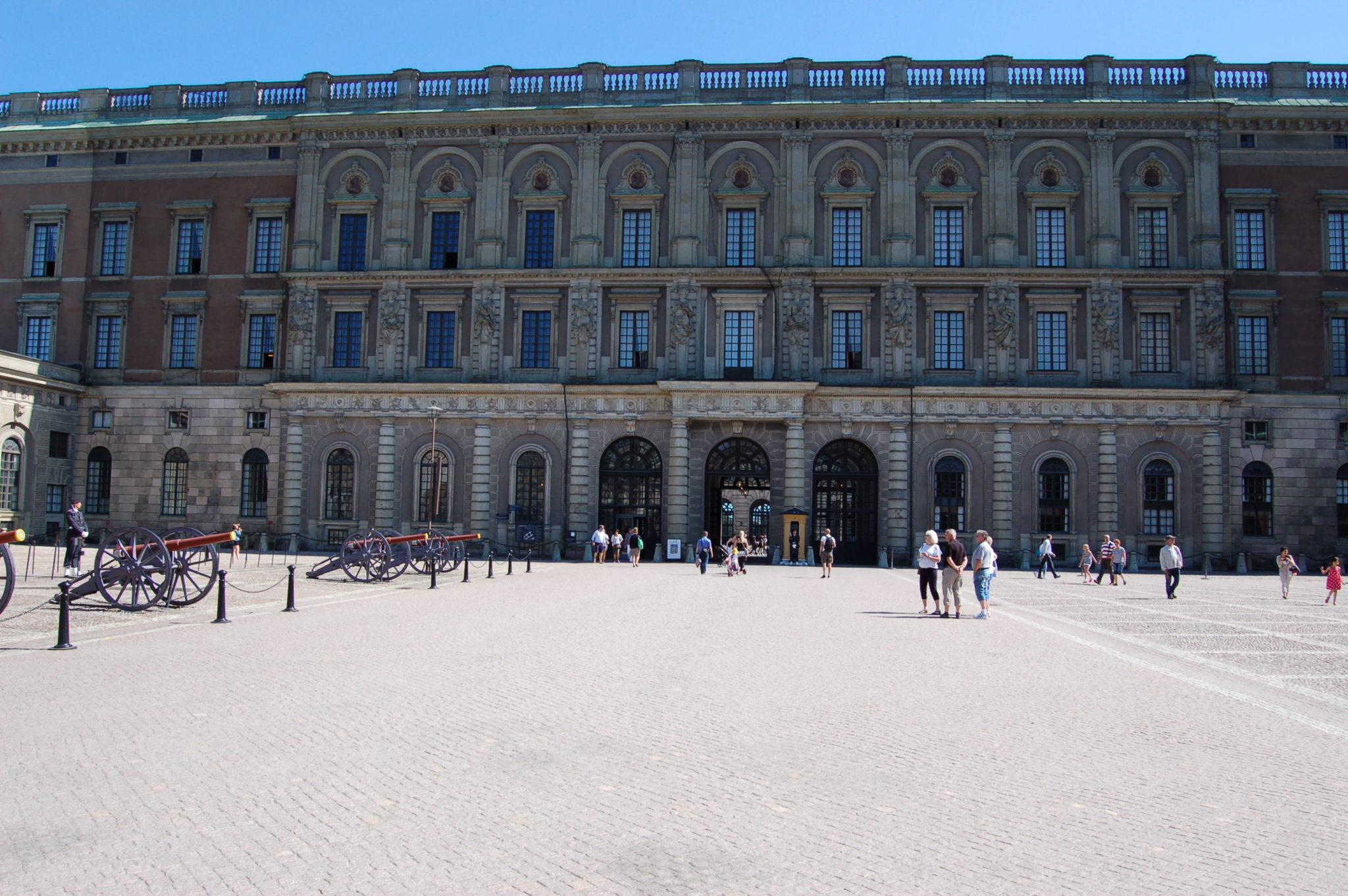 We really weren’t much impressed with Oslo. Architecture is far more modern and “functional” (to use a tour guide’s word). Stockholm beats Oslo hands down for character and charm and the European flavor.