We will now continue with more advanced control systems, all based on the electrical signalling of the intentions of the pilot to the movables. As the modern Fly-By-Wire (FBW) control systems modify the aircraft’s basic flying behaviour, we need to start with understanding what that behaviour is. Then we can understand how different FBW systems go about modifying these characteristics.

One could think that an aircraft is made to fly nice and stable, should the pilot take a few seconds and admire the view. Nothing could be further from reality.  All normally stable aircraft which do not employ flight computers or autopilots to enhance the normal stability would go into a rather nasty dive after a while.

Why this is so and what is done to help the pilot in modern FBW systems is the subject of today’s and next week’s Corner.

Normally stable aircraft (all commercial and private aircraft are of the stable type, only military fighters use marginal stability to enhance performance) have three modes of movement which are part of the aircraft’s natural way of flying. These three modes (and some additional ones that we don’t go into here) are tuned to create a harmonic aircraft during flight testing of the aircraft.

One cannot suppress one of the movements, then the aircraft will be awkward to fly. What one does is tune them so that the aircraft is stable in the short term and will react in a predictable manner to an upset like a gust on a hot summer day longer term.

The first mode of oscillation is the most enjoyable one. Those that have flown a private airplane on a long trip without autopilot know what I am talking about. Flying straight and level, one trims the aircraft with pitch trim, rudder trim and if available with aileron trim to fly straight (otherwise one manhandles the rudder trim a bit to get the wings to fly level).

After careful trimming, the aircraft flies straight for a while but then starts to cycle up and down in a slow mode, the phugoid. If a tiny disturbance turns the nose down the slightest, the aircraft gains speed. As it gains speed, lift increases and after about a minute it starts climbing, Figure 1. When climbing, it loses speed, so gradually the nose goes down again after another minute. Then the cycle recommences with the aircraft gaining speed while dipping the nose.

Famously, United Airlines Flight 232, the McDonnell Douglas DC-10 that crash landed in Sioux City (IA) in 1989, went through a series of phugoids as the pilots attempted to land without the ability to use the control surfaces and only using the engine thrust on the Nos. 1 and 3 engines to fly the airplane. They used the aircraft’s natural stability to pitch the nose down and up by changing the speed of the aircraft.

The fact that the nose goes down when the aircraft loses speed is a very important aspect of a stable aircraft. It means that most aircraft will get itself out of trouble (trouble here is losing so much speed that the airstream breaks down and we are in stall) if the pilot just lets go of the stick.

In the description of the Phugoid, there is an important mode that would have made straight and level flight difficult to achieve with hands off the stick, the spiral mode. The spiral mode causes the aircraft to start leaning over on one wing after the tiniest of disturbances. The leaning gets steeper and for most aircraft the aircraft will take very long to roll wings back to level; many will not roll back.

The spiral mode is the mode that is keeping a pilot the busiest. Take your mind of keeping the wings level for a few seconds and next time you check you are hanging on a wing. The first pilot aid that one buy’s for the private aircraft is therefore a wings-leveler. I have flown small aircraft with only the leveler and it was a big help on long trips. The Phugoid is so much slower, one can control pitch on a trimmed aircraft by just nudging the stick/yoke from time to time.

When we built model hand gliders, we countered the spiral mode with a lot of dihedral. That is we bent the wingtips up so that any leaning followed by a sideslip meant the lower wing got more effective and stopped the roll.

For most aircraft, one limits the roll stability because too much of it triggers the ugliest of the modes we need to understand, the Dutch-Roll.

The Dutch Roll is the most uncomfortable mode of aircraft movement for a naturally stable aircraft. It gets strong for an aircraft which is stiff in roll (a lot of dihedral or wing sweep) and which has a weak spiral mode. The movement of the aircraft resembles the Dutch ice-skaters on their canals, therefore one came to call it Dutch Roll, Figure 2. 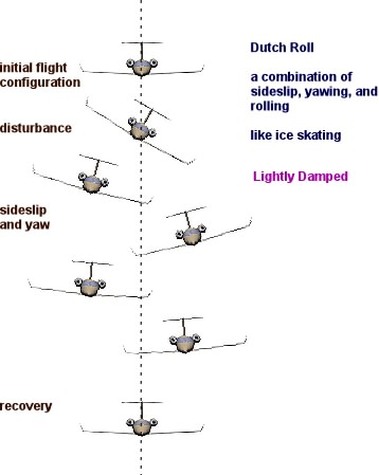 Figure 2. An aircraft that is plagued by Dutch Roll. Source: aeronotes.weebly.com.

Typically the low wing jet aircraft of today have wings which are angled upwards to make clearance for the engines, increasing roll stiffness. To lower high speed drag, the wings are swept and this increases roll stiffness further.

The result is an aircraft which is wagging the tail. To counter the wagging, all commercial aircraft (mechanical controls or FBW) have a yaw damper servo working on the rudder.  By stopping the tail from wagging, the sideslip does not start and the Dutch Roll is stopped. People who have flown in an aircraft with an unserviceable yaw damper know how uncomfortable work in the aft galley or sitting in the last seat rows can be. It is easy to get sea sick.

It is easy to see if your aircraft has a Dutch Roll; look out at the wingtips. If they move in a slow circular movement this is the Dutch Roll at work (modern FBW aircraft might dampen it to the extent that you can’t see it; for private aircraft it shall be detectable).

Next corner we will look at how modern flight controls are used to help the pilot to keep the aircraft stable. There are several philosophies how this can be done, with big arguments arising which one is the preferable one. But that is for next week.