April 30, 2020, ©. Leeham News: We continue our special focus on the OEM supply chain as the COVID19 crisis threatens several suppliers.

Thales Group is the number three supplier of Avionics and IFE to the commercial aircraft industry. The defense sector represents 45% of the business, and the commercial side 30%. With defense less exposed to the crisis, it moderates the effect on the 1Q2020 results. 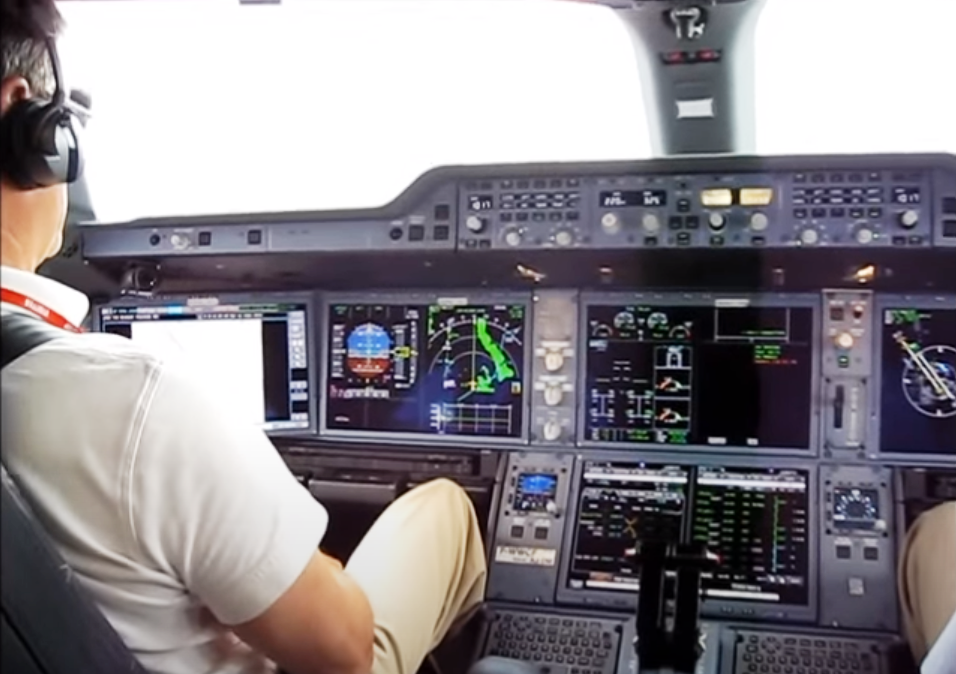 Effect of COVID19 on Thales Group

The impact of COVID19 on Thales Group during 1Q2020 was mainly production and delivery issues as the lockdown in France disrupted local production during the last three weeks of March. Thales had to fight problems in its complete supply chain, and its customers, like Airbus, had difficulties in accepting deliveries.

Figure 2 shows the effect on Thales production from the lockdown of France declared on the 12th of March. 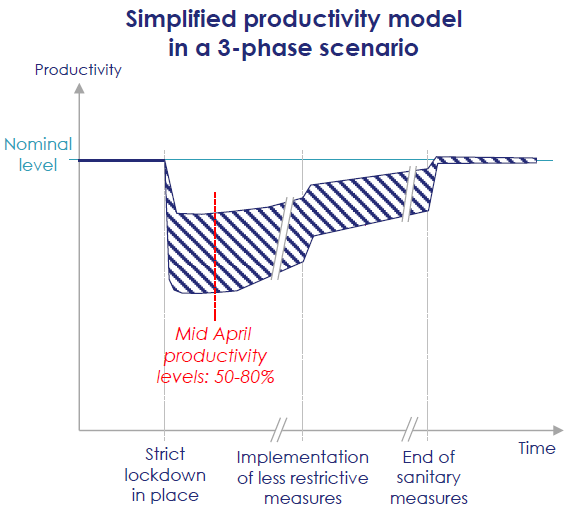 Employees were recommended to work from home, and on production sites, protective measures were implemented. This causes lower productivity and raised costs in production. Going forward, Thales expects the production to stabilize, but delivery levels on the civil aviation side to be impacted as Airbus and other OEMs reduce their production rates.

Group turnover 1Q2020 was €3.9bn (3.4bn 1Q2019), but the increase came from the acquisition of Gemalto. Thales does not publish profit figures for quarterly results.

Thales is a major supplier of avionics to Airbus. The key navigation and flight management solutions for Airbus A320, A330, and A350 are from Thales, Figure 1. It also supplies electrical system controls and cabin IFE to OEMs.

Its civil aerospace business is 30% of turnover, but a lot of the activity is Air Traffic Control (ATC) systems, where Thales is the world leader. Civil Aeronautics (avionics, IFE, electrical systems) represents 11% of group turnover. In 1Q2020, the effect of the crisis was mainly on the delivery side, with about €60m lower revenue than planned.

Revenue at Aerospace in total was down €140m (€1.08 versus €1.11bn) mainly du to COVID delivery problems for all areas in March. The real revenue hit will come in the second and third quarters, for which the group has announced cost reduction measures on April 4th.