Oct. 26, 2022, (c) Leeham News: There was a bit of a splash on the Internet when the VIP-configured Boeing 757 owned by Donald Trump was delivered to Palm Beach (FL) after undergoing refurbishment and maintenance. The airplane had been in storage since Trump assumed the presidency in 2017.

Trump critics and cynics claimed the airplane has a range of 4,400 statute miles and speculated that Trump might flee to Saudi Arabia or Moscow now that he has his 757 back.

LNA’s Aircraft Performance Model (APM) was put to use to analyze just how far the 757 can go. For this exercise, we ignored winds, hold times, and alternates—focusing only on the advertised range. Passenger-configured 757-200s (Trump’s model, with Rolls-Royce engines) can seat up to 200 people. Trump’s VIP-configured airplane can carry 25 or one—it’s up to Trump. VIP configuration weighs a lot, so this is taken into account in our analysis. 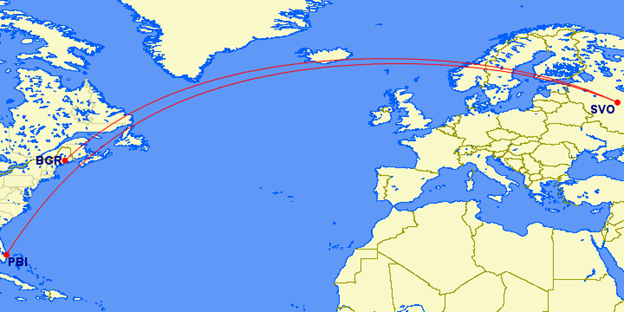 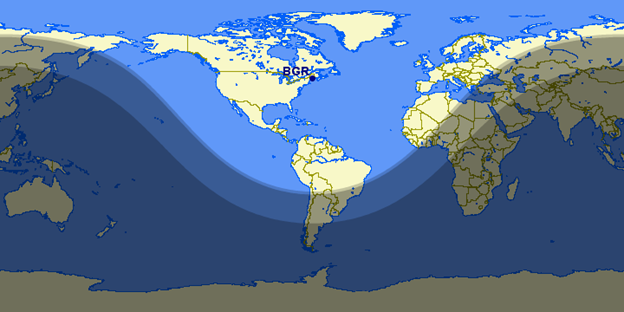 The distance between West Palm Beach and Moscow is 4,926 nautical miles. Trump’s airplane won’t make this non-stop. However, the distance between Bangor, Maine, an international airplane, is just 3,720nm—easily within the 757’s range with auxiliary fuel tanks.

Bangor might get Trump to northern Saudi Arabia non-stop, depending on the winds, etc. But the plane can’t make it non-stop from West Palm Beach. 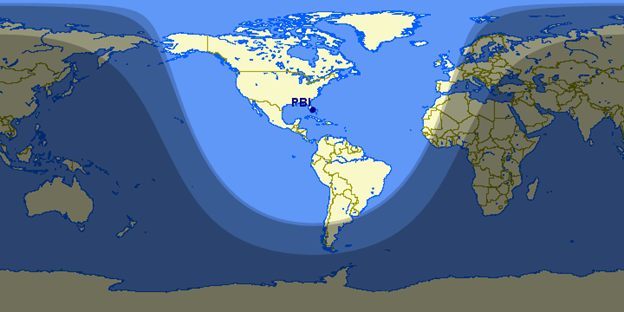 Comments are turned off. This post is not intended to generate a political debate.