The 150 members of the media received an hour-long ride on A350-900 MSN002 (the “carbon fiber” liveried test plane in the Airbus fleet), a rare event. 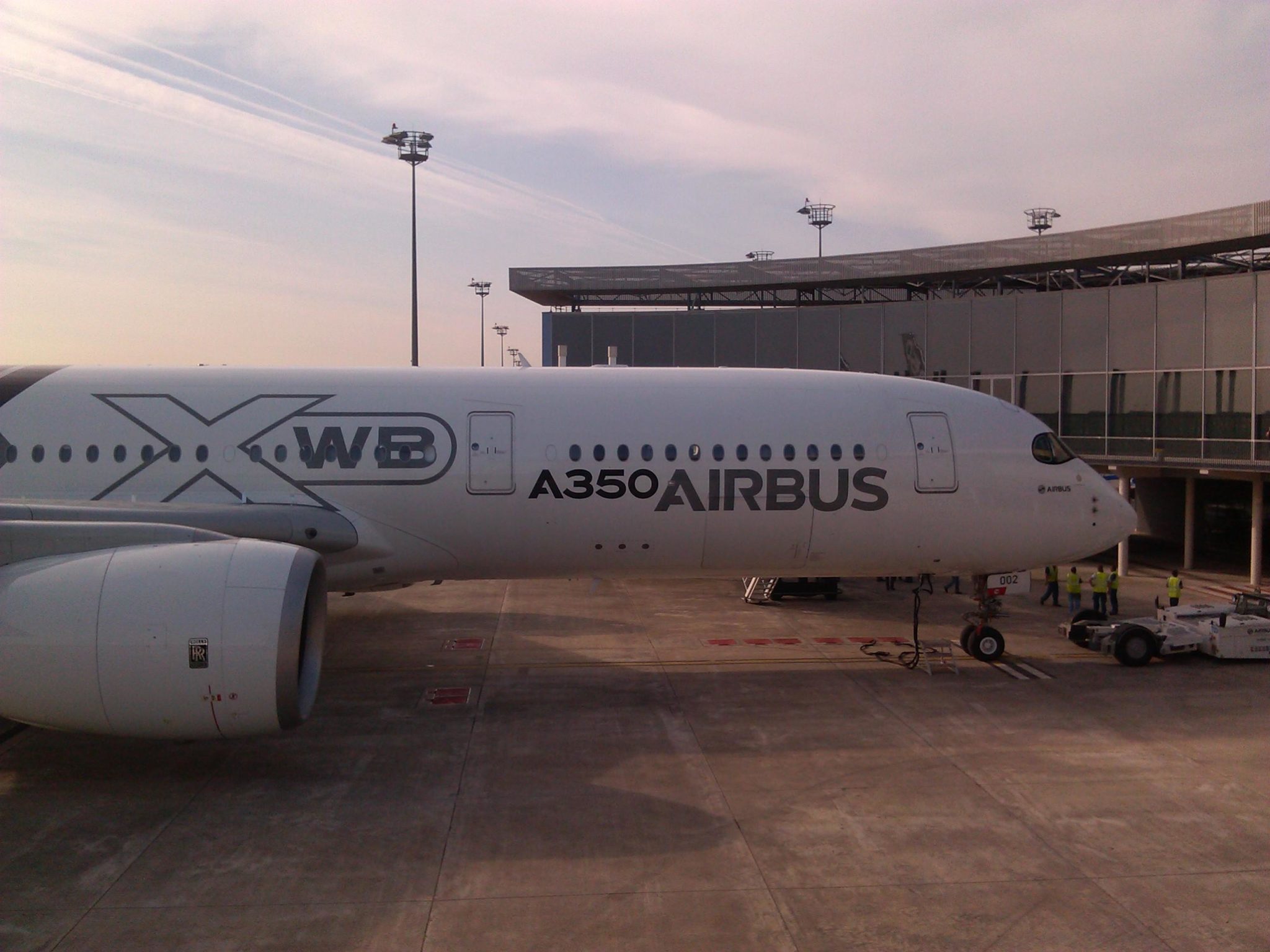 Media at the Airbus Innovation Days flew on this, MSN002, for a 60 minute flight.

Entry into the airplane gave a clean, spacious impression, though the Boeing 787 Sky Interior is more visually impressive. The A350, like the 787, has mood lighting. 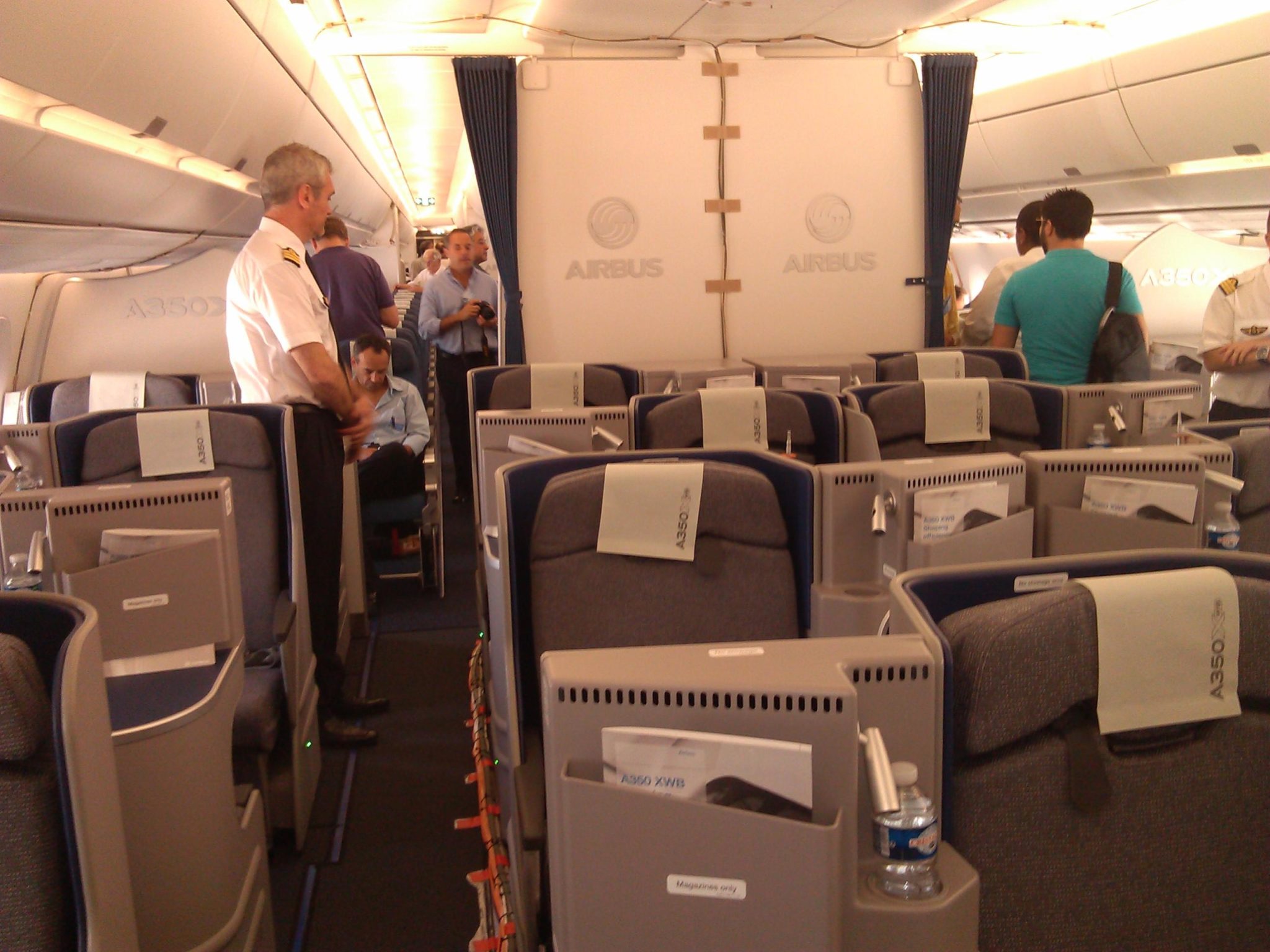 A350 Business Class; seats by Sogerma.

What impressed us most, however, was how quiet the A350 is, from engine start-up to taxi to take off to cruise. Several reporters who have been on the Airbus A380—renowned for its quiet cabin—remarked that the A350 is quieter. As we stood at row 1 in the business class, the wind noise was more noticeable than the engines. The A350 is the quietest airplane we’ve been on, and we’ve been flying since 1964. 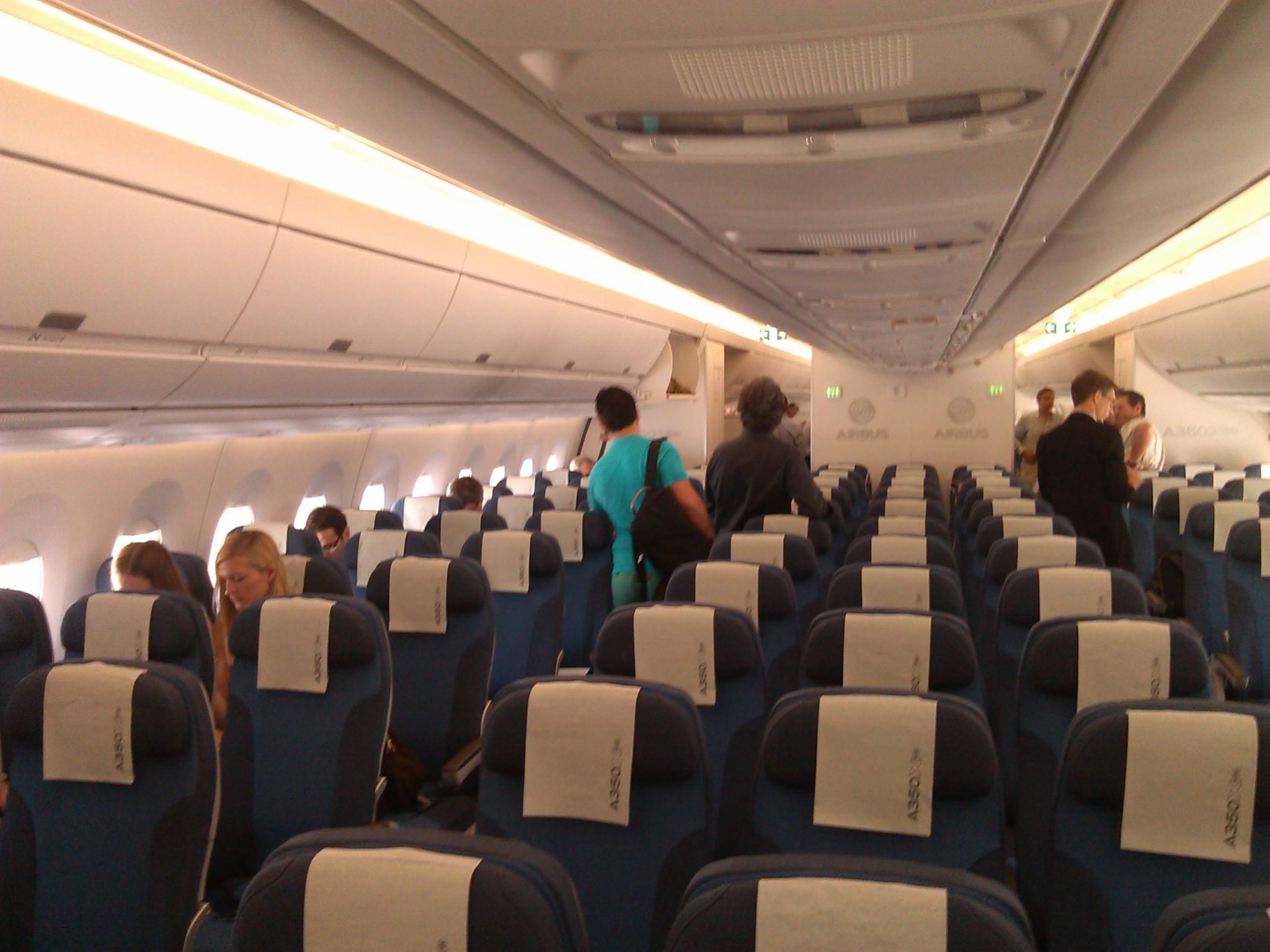 A350 Coach Cabin, seats and galleys by B/E Aerospace.

.
The A350 is equipped with what has become standard on Airbus wide-bodies, a camera mounted in the tail, which was turned on at the gate and throughout the flight.

.
The A350 still has what we call the “Airbus whine” when flaps are extended or retracted.

.
With 200 media and Airbus staff on board and only 30t of fuel, the aircraft had a short runway run, a sharp climbout and quick ascent to our 31,000 ft cruising altitude. During the flight, a French Air Force Rafael fighter came along side to fly formation, an event that naturally caught the attention of the media more than passing over the scenic Pyrenees Mountains in Southern France.