Will Boom succeed where Concorde failed?

November 17, 2016, ©. Leeham Co: Boom Technology plans to do a 45-seat airliner for supersonic passenger traffic with service entry by 2023. Richard Branson’s Virgin Atlantic has already placed an optional order for 10 units of the aircraft.

The idea is to fly 45 business class passengers between New York and London in 3 hours and 25 minutes. This means the Boom Super Sonic Transport shall be 10% faster than the Aerospatiale/BAC Concorde.

What makes the Boom SST succeed where the Concorde failed?

We will look at the challenges that Concorde had and see how Boom SST plans to attack them. We will also discuss what the chances are that Boom SST can master these challenges.

The company rolled out an engineering mock-up of a one third proof of concept aircraft this week, Figure 2. Plans are to fly the smaller “Baby Boom” before the end of 2017 with the help of three GE J85 turbojets. 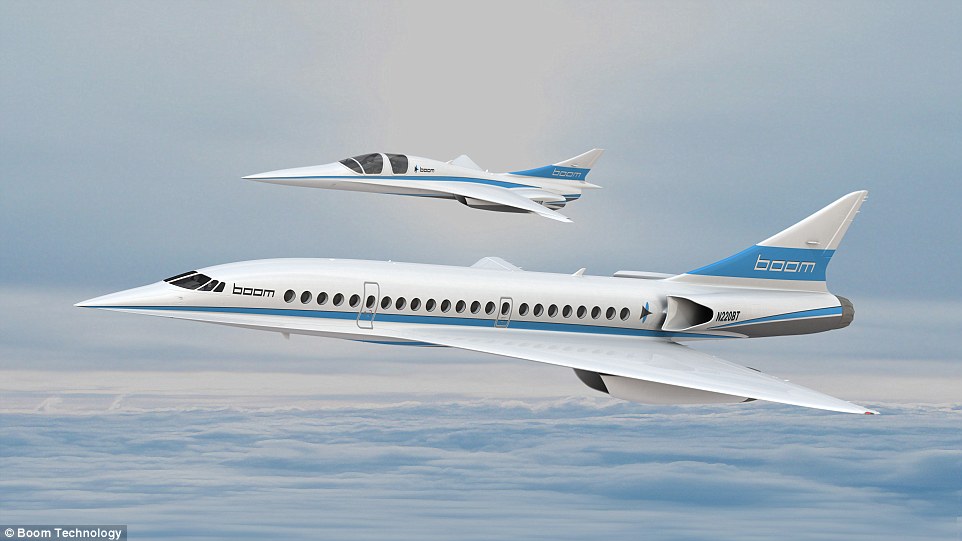 The idea is to prove the low speed handling at the company’s Centennial airport Denver (CO) location with later supersonic flights to be made at Edwards Air Force Base. The Spaceship Company (TSC), the Mojave-based manufacturing arm of Branson’s Virgin Galactic will assist with the flight testing.

A typical business ticket between New York and London cost around $5,000 round trip, argues Boom, and this will make the cost of operating the Boom SST a viable business case. By combining 45 seats and a high frequency (due to the short flight time), the problem of filling a 100-seat Concorde with the resulting lower departure frequency should be avoided.

Boom has got some points right in the business discussion. But it all depends on the per-seat costs of the flight. Flights to the US market can only be made over water as supersonic passenger transport flights are forbidden over US land territory.

So, there are also few city pairs that are viable within the range of the aircraft, which is 4,500nm. The unrefueled range makes trans-Oceanic flights problematic. The intra-Asia market could work with destination like Singapore-Tokyo (3,000nm) or Singapore-Sydney (3,300nm).

If Boom Technology has some points around the business case, the larger challenge is the technical realization of a supersonic passenger aircraft which can achieve the specification that Boom outlines.

Boom plans an aircraft that will fly 4,500nm at Mach 2.2, 10% further and faster than the Concorde. And it will do that at an operating cost that will make the operation of the aircraft profitable.

Let’s examine what’s involved and what technical challenges needs to be mastered.

The first challenge is to find an aircraft configuration that gives the low supersonic drag needed for economical flight. At the same time, takeoff and landing speeds must allow operation from normal international airport’s runways.

Boom chose to go a conventional way. There is no low sonic boom or laminar supersonic flow technology as with competing projects (QSST and Aerion biz. Jet). The aircraft configuration is a 75% copy of the Concorde when one looks at the configuration and the data, Figure 3.

The figure is created by taking the Boom data and renderings and comparing it to the Concorde. The Boom is an almost true 75% version of the Concorde configuration. Lately a third engine has been added in the tail (not shown in our drawing) to allow for ETOPS-free routes with up to 180min diversion time. 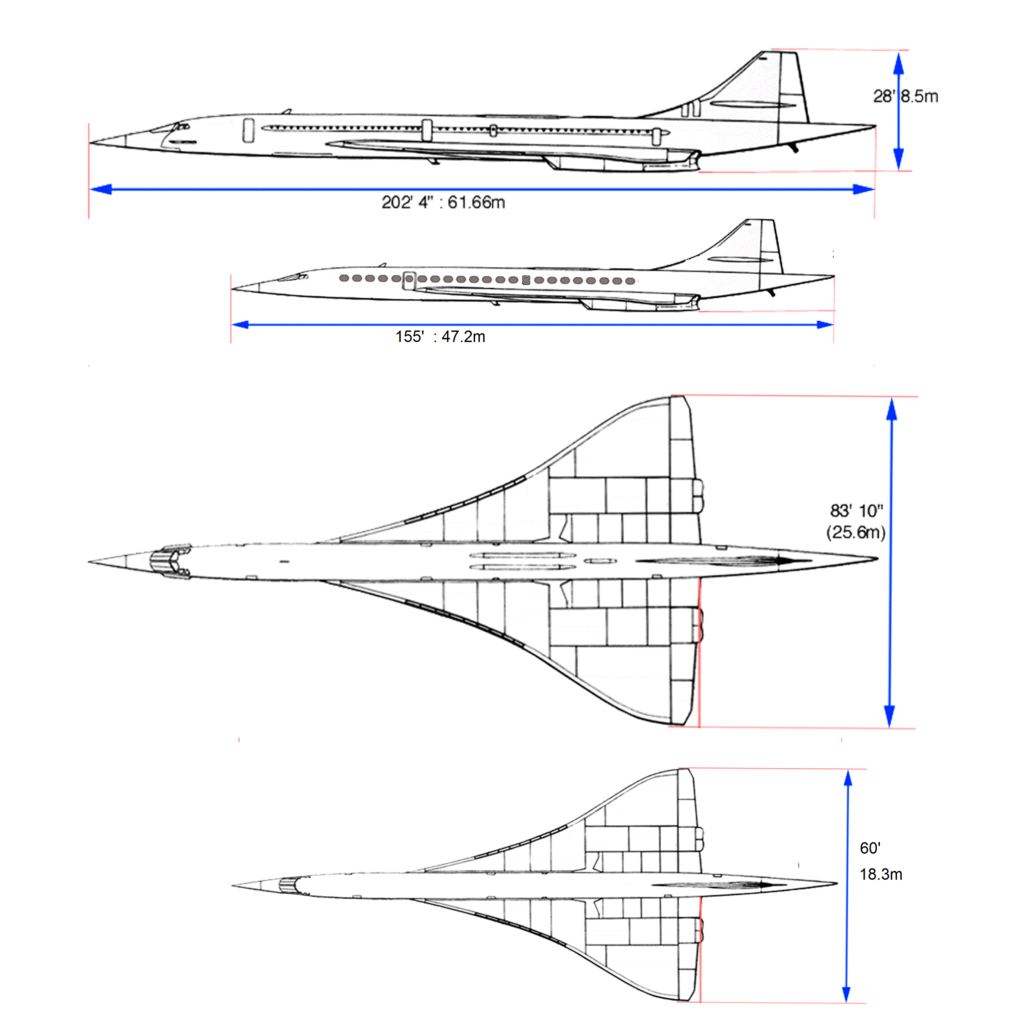 Figure 2. Concorde with the Boom SST as a 75% copy of the Concorde configuration. Source: Leeham Co.

Having flown a predecessor to this configuration (the compound Delta SAAB Draken), I know the advantages and drawbacks by heart. The configuration is well known and gives very good transonic and supersonic characteristics. The low speed regime is challenging however.

Engines are always the key

A compound Delta has a high drag at low speed due to the low aspect ratio of the wing (around 1.5 compared to 8-9 for a normal airliner). This requires a lot of thrust from the engines at take-off and landing. The Concorde engines had afterburners for a takeoff thrust boost and later for the push through the sound barrier and climb to cruise altitude of around 50,000ft. At cruise, the straight jet Olympus engines were operated without the afterburners.

Boom says they will manage this envelope with moderate bypass turbofans without afterburners. Such engines are not available in the market. The lack of suitable engines is a major culprit for all present supersonic transport projects.

An engine for supersonic flight must have a high jet speed leaving the engine at supersonic flight. This is not the case for today’s airliner engines. The only high jet engines are military fighter engines, but these do not have the fuel economy nor the reliability required for civil transport operation.

The development of a suitable transport engine is a multibillion dollar business and no engine manufacturer can do such an investment based on 10 optional aircraft for Virgin Atlantic. The engine is also where the most advanced supersonic business jet project is struggling, the Aerion AS2. It has still not announced which engine it will use after years of discussions with engine companies.

Boom says they have identified existing cores that could be used, but the complete low pressure system (fan, low pressure compressor and turbine plus all the major castings) would have to be developed and the finished engine need to go through testing and certification.

The engine is perhaps the hardest nut projects like Boom SST must crack. Once the engine is fixed, there remains other challenges. One is the nose up attitude that a compound Delta needs to have for attaining a suitable landing speed. Concorde and Tupolev 144 used droop noses.

Boom seems to do nothing to improve the “over the nose” visibility. It could pose certification problems dependent on their proposed solution.

Another major problem area is the noise a SST aircraft/engine combination generate. As mentioned an SST engine must be a high jet speed engine (it must achieve about three times the jet speed of a conventional engine).

The speed of the jet leaving the engine is the primary source of noise. A high jet speed engine is noisy. Boom say they can meet future regulations but it acknowledges that it’s a challenge. The risk is that engine noise and performance can be contradictory for an SST project; achieving the one can mean not achieving the other.

An additional problem will be the fuel consumption of the aircraft. Aerodynamic data for the compound Delta chosen is known, as is the fuel economy of the type of engine which can be achieved. The fuel consumption per seat and nautical mile with be around three times that of a modern twin aisle airliner flying between London and New York.

Cutting the travel time in half between London and New York is an attractive proposition. With available technology, it seems to be achievable at the cost of three times higher fuel consumption per seat and nautical mile.

For a business class passenger, that might still be an acceptable price to pay for the shorter travel time. But to get to the cost per seat of fuel and other factors that one can project for a SST airliner, the Boom team must crack a number of hard nuts. That the company should be able to do that to a certification by 2023 is unrealistic. The question is not when the certification will be probable, rather will Boom succeed at all?

Airframe construction and certification will be tough, but finding a suitable engine partner that is prepared to develop the needed engine will be even harder. All other supersonic transport projects have so far failed at the engine challenge, except for Concorde. The Tupolev 144 SST was killed by engines that had to run with afterburner at cruise when the base engine thrust was not sufficient for cruise at Mach 2.0.

47 Comments on “Will Boom succeed where Concorde failed?”