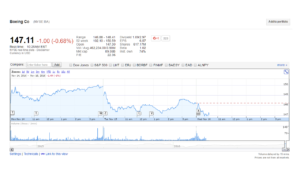 United’s move struck many as odd because the orders for these 65 737-700s were placed early this year.

But new executives have joined UAL since then, including Scott Kirby as president and COO and Andrew Levy as CFO.

Kirby came from American Airlines, where cost-cutting was his hallmark, and Levy, after a hiatus, from Ultra Low Cost Carrier Allegiant Air.

Concurrent with the deferral and up-gauging, UAL announced plans for a new class of service, Basic Economy, that is straight out of the ULCC handbook. Smaller airplanes don’t typically fit into ULCC business models.

Officials also announced re-streaming the capital expenditures with the deferral. United adjusted $1.6bn in cap-ex as a result.

Let’s take a look at exactly what United said in deferring the 737s. This is from the transcript from the investors’ day yesterday when the moves were announced.

First is on the 737-700 order that was placed with Boeing earlier this year for 65 units. We’ve made a couple big changes there.

We’ve already been adding some used top quality A319 aircraft coming in from China, and if we can find other transactions like that, we’re going to take advantage of that. Used aircraft is a little bit a tougher game to play. You have to find the right opportunity, you’ve got to make sure, you have enough units as well. But that’s an area that we’re going to focus on trying to, when we do need aircraft, whether for replacement or growth, to try to look into top alternatives that might exist in the used market.

We’re also looking at other opportunities perhaps to identify the airplanes. So we’re taking a look at all of the airplanes and how we fly and we want to convince ourselves that the configuration we have today is the optimal one to optimize the profitability of the business. So there are some things here that we’re looking at and I will say that because the 737-700 order was going to start to come pretty quick, that was where we started our focus on looking at the fleet plan and it was on the narrow body side.

Thus, it appears there was more to deferring the 737-700s than initially met the eye.

What is the effect on Boeing? 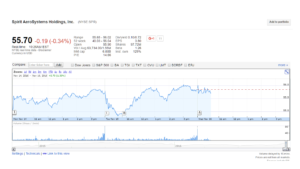 Figure 2. Spirit Aerosystems stock quickly recovered after a dip on the news United was deferring 737 orders, indicating no long-term concern by investors over the move. Click on image to enlarge.

Initial reaction was this was a real negative. Stock traded off. But stock for Spirit, while it dipped, recovered. Boeing’s did not.

“This is not an issue for us,” said Boeing spokesman Doug Alder, noting that the 737 line is oversold. With only four of the 737-700s scheduled for delivery at the back end of next year, switching these to 737-800s fills these slots: no holes there.

With the balance of the airplanes scheduled for delivery after 2017, there is plenty of time for Boeing to adjust for these deferrals, either by reselling the slots or playing musical chairs with other customers.

Moving up to more profitable models

One blog headline asserted, “Boeing loses in United deferral” and the analysis that followed bordered on the ridiculous. It is a complete misreading of the situation.

Any assumption that the prospect of swapping to larger aircraft wasn’t anticipated in the sales contract would be in error. These are routinely included contract provisions.

Deferring airplanes also can be viewed positively for Boeing if it faced an oversold situation in the timeframe associated with the UAL aircraft. Deferrals relieve the pressure.

It’s still not clear to LNC why Boeing stock traded off and stayed at the sell-off level when Spirit did not, but it doesn’t seem to us that the UAL deal is to blame.