Feb. 6, 2023, © Leeham News: With the publication of the Airbus and Boeing announcing  2022 orders and deliveries last month, and Boeing’s published its 2022 Annual Report (10-K), we undertake our annual analysis of at-risk deals on their books.

Airbus and Boeing have outstanding orders with airlines where there is a material probability some orders won’t translate into deliveries. Most were the result of airlines encountering financial difficulties, but some were related to contractual disputes. Boeing flags such orders as subject to an ASC 606 accounting rule adjustment.

Unlike Boeing, Airbus isn’t subject to an accounting rule like the ASC 606 adjustments at a program level. Therefore, the European OEM does not break down the orders at risk of cancellation by the program. Airbus only discloses the nominal value of its total adjusted order book in its annual report.

LNA analyzed July 2020, November 2020, August 2021, February 2022, and August 2022 Airbus’ and Boeing’s order books to identify orders at risk and come up with an apples-to-apples comparison. We update this analysis with the latest order books from both OEMs. The above links explain our methodology and its differences with Boeing’s ASC 606 adjustments.

END_OF_DOCUMENT_TOKEN_TO_BE_REPLACED

Posted on February 6, 2023 by Vincent Valery

Feb. 2, 2023, © Leeham News: Boeing’s announcement that it will establish a fourth 737 MAX final assembly line (FAL) at its Everett (WA) widebody plant by the second half of 2024 answers some but hardly all questions.

The new FAL gives some certainty to workers and the neighboring supply chain, and to Everett and Snohomish County in which the city lies. But there are lots of questions that are unanswered.

END_OF_DOCUMENT_TOKEN_TO_BE_REPLACED

Posted on February 2, 2023 by Scott Hamilton

“Our commitment as a leadership team at Boeing is to maintain this leadership culture forever,” he said.  “We’re committed to it and we will be forever.”

Boeing “continues to have visions just like this one,” the CEO said, gesturing to the last 747. “The hangars are full of innovation.”

Calhoun also thanked everyone who’s been involved with the 747 program in recent years.

“If a company ever needed to stand tall on a legacy it was the Boeing Co.,” he acknowledged. “For the past three or four years it has been tumultuous.”

END_OF_DOCUMENT_TOKEN_TO_BE_REPLACED

Jan. 30, 2023, © Leeham News: Boeing will establish a fourth final assembly line (FAL) for the 737 in the vast Everett (WA) assembly plant in 2024. The company announced the move internally today. The move was one of many rumored for months. Consolidating the 787 FALs in Charleston (SC), a move announced in the early days of the COVID pandemic, and shutting down 747 production, announced two years ago, the future of the big, empty spaces at Everett was a question. When Boeing was studying whether to launch a New Midmarket Airplane (NMA), Everett was on the list for an FAL (as were other places). But when CEO David Calhoun killed this program, more questions arose.

Rework on the 787 temporarily filled the 787 bay and now, part of the 747 space. But this was hardly enough.

LNA has obtained production rate studies Boeing shared with suppliers for the future. Conceivably, the aggressive numbers could be accommodated at the 737 plants in Renton (WA), but there is more to consider than raw production numbers.

END_OF_DOCUMENT_TOKEN_TO_BE_REPLACED

Update, Jan. 30, 2023: The last Boeing 747 will be delivered to Atlas Air tomorrow. Below is the story LNA posted on Dec. 6, 2022, when the airplane was ready to roll out of the Everett factory. In it, we exclusively interviewed the grandson of Joe Sutter, the lead engineer of the 747 design.

“It’s kind of a sad occasion,” said Jon Sutter, the grandson of legendary Boeing aircraft designer Joe Sutter, the father of the 747.

Jon Sutter – who now works at Boeing in the same Boeing Field building where his grandfather designed the Queen of the Skies – hadn’t been born when the first 747 flew.

And his grandfather, who passed away in 2016, didn’t live to see the end of the program he’s most closely associated with.

However, even with the end of the 747 program, Joe Sutter’s legacy lives on, his grandson said.

“His baby, Boeing, is still going,” Jon Sutter said in a recent interview with LNA. “You can see his influence in every other plane out there.”

END_OF_DOCUMENT_TOKEN_TO_BE_REPLACED

Jan. 25, 2023, © Leeham News: The Boeing Co. recorded a net loss in 4Q022 and for the full year while reporting positive cash flow. There were no one-time charges, the first time in many

The full press release is here.

END_OF_DOCUMENT_TOKEN_TO_BE_REPLACED

Pontifications: Do you really want the Jetsons zipping around?

Jan. 24, 2023, © Leeham News: “For those of you old enough to remember, this is the Jetsons. This is the dream. This is what everybody would love to do.”
This cartoon is what former Boeing CEO Phil Condit used to segway into the hot topic of Urban Air Mobility vehicles (UAM). A cartoon is an apt illustration of UAMs.

You walk out your front door, climb into the vehicle, and off you go. “All of a sudden, it looks like you can do that,” Condit said. Condit made his remarks on Jan. 9 at the University of Washington aerospace class. 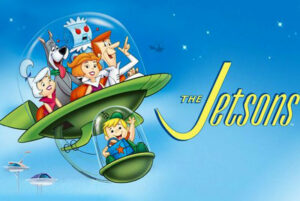 There is a concept called Air One, a battery-powered two-place UAM that has folding wings and a folding structure for the rotors. It fits in the garage. It uses a landing pad in front of the house. “This is a step to the Jetsons. What’s the problem?” Condit posited. “Well, there are a number of them.”

The advertisement shows Air One has 771 horsepower and a 96nm range. Reserves aren’t mentioned. A competing concept called Icon A5 shows 100hp, a range of 427nm, and a 45-minute reserve. This has wings to carry the lift. “Taking off vertically is not cheap. Wings are way more efficient than vertical lift.”

END_OF_DOCUMENT_TOKEN_TO_BE_REPLACED

A deep dive into the single-aisle market

Jan. 23, 2023, © Leeham News: Boeing’s share of outstanding single-aisle orders has fallen significantly behind Airbus. If we include the order book for single-aisle aircraft seating 100 or more passengers of Airbus, Boeing, COMAC, Embraer, and UAC, the American OEM’s market share is now 37% (Airbus has 58%, COMAC 3%, Embraer 2%, and UAC 2%). 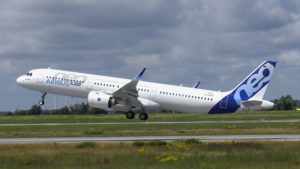 In the 2022 Boeing outlook, LNA also noted that there are significantly more A320ceo than 737 NG operators. A broader operator base means more opportunities to place new orders with a more diversified group of airlines. In the context of no new single-aisle family entering service in the next 10 years, convincing operators to “flip” to the competition will be the primary way to increase market share.

Exclusively looking at the nominal order books and A320ceo and 737 NG operators does not provide a comprehensive view of Airbus’ and Boeing’s relative positions in the single-aisle market, though.

LNA investigates in this article the existing order books of the five major OEMs and operator bases to better assess their relative competitive positions and quantify the current replacement order opportunities.

END_OF_DOCUMENT_TOKEN_TO_BE_REPLACED

Jan. 19, 2023, © Leeham News: Already well behind the 8 ball in delivering 787s, Boeing quietly advised some customers recently that they may see yet another delay—this one up to 15 months. Some customers expecting 787s in 2024 now expect them in 2025.

These additional delays are causing some airlines to retain Boeing 777 Classics longer than planned. Others want to re-lease 777s returned or sold to lessors on the expectation of 787s deliveries.

Retaining 777 Classics has implications for the cargo market. There are three conversion companies: IAI Bedek, the launch P2F firm; Mammoth Freighters; and Kansas Modification Center (KMC). These companies rely on feedstock from the airlines and lessors for their conversions. Retaining 777s may cause a dip in the feedstock.

END_OF_DOCUMENT_TOKEN_TO_BE_REPLACED

Boeing, Heard on the Ramp

Pontifications: “What can be. What should be.”

This was the title of an address last week at the University of Washington’s aerospace department. The speaker: the former CEO of The Boeing Co., Phil Condit.

With ecoAviation the soup de jour these days, beneficiaries of billions of dollars of investment (much of it stupid money) and the subject of much greenwashing, Condit had frank and candid observations about these concepts.

Although Condit retired from Boeing in the wake of the USAF tanker procurement scandal dating to 2001, his engineering skills and fundamental visions were highly regarded. He put these skills to good use a week ago.