November 17, 2017, ©. Leeham Co: In the last Corner, we described how the Wright Brothers (bicycle manufacturers in Dayton (OH)) decided to research their own aerodynamic data with the help of their own designed-and-built wind tunnel.

The wind tunnel was not more advanced than what had been done before. But their measurement system was. It built on their bicycle test setup, Figure 1.

At the turn of the 20th century, it was understood the calculations looked like:

L = Lift force, or for Drag force we use D

Cl  = wing efficiency in generating lift per unit area. For drag, it would be Cd, the amount of generated drag per unit area

The problem at the time was the constant c. Smeaton estimated this in Whirling arm experiments, but it was 72% too high. Many at the time had started questioning this constant, which had ruled for 140 years.

One of the reasons the Wrights wanted to do their own measurements was to set the correct value for c. Secondly, they wanted to understand Cl and Cd for a number of different wing forms, so they could settle on a suitable one for their gliders and later for manned flight machines.

The measurement of the force of a wing or other object in a wind tunnel was either done with spring scales (Whenham) or weight balances (Lilienthal, Phillips). The problem was, to fix the Cl or Cd to a correct value, you needed to know c if you had the force. The Wrights found a way around this.

If they built a balance, which as counterweight had a known aerodynamic object (for example a flat plate blocking the air), they could classify their test objects characteristics to the known characteristics of this object. With it, c would be working on both sides and wouldn’t have to be known.

They first tested their idea using a bicycle wheel, Figure 1. They placed a wing element on the wheel which would be parallel to the wind when they cycled. Then a flat plate that would be perpendicular to the wind at a 90° angle. When the wheel rotated so the objects balanced each other, they could deduce the forces based on the moment arms for the balanced state (equal and opposite torques existed when the two forces and their moment arms around the wheel centre were equal).

As it wasn’t easy to measure the wheel’s equilibrium angle while cycling, they moved the test to a similar balance in their wind tunnel, Figure 2. 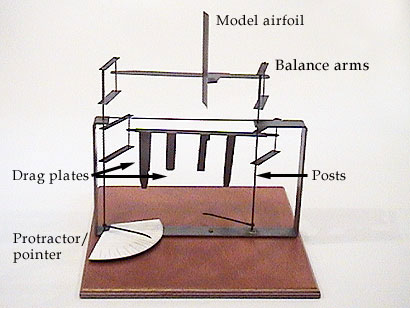 The balance’s function is easier to understand from Figure 3. 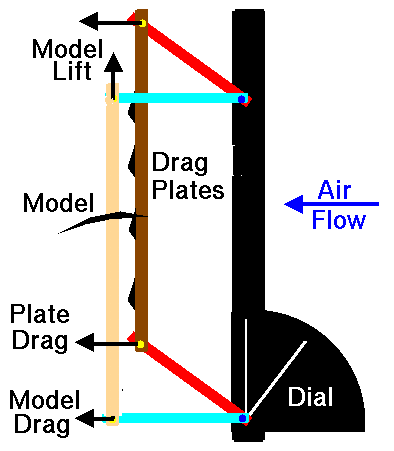 The model (here a wing) forces the light brown stick to the right in the tunnel (seen from above through the tunnel’s glass plate). This swings the drag plates to the right as well. Their collective moment arm gets longer around the blue pivot points. At some angle (read on the dial), the lifting torque and the drag torque from the plates are equal. Then read the dial, and calculate the lift versus drag ratio.

During September to December 1901, the brothers tested over 200 airfoil types, Figure 4. They could quickly produce these from steel plate in their bicycle shop. 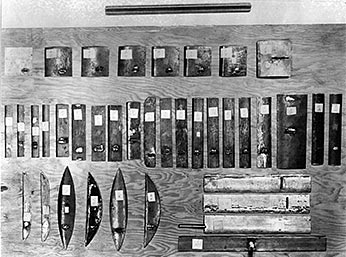 Figure 4. A sample of the airfoils tested. Source: NASA.

When they had done an overall classification, the best candidates were more thoroughly tested with new and more precise balances. In the end, the data for the best 48 wing models were catalogued.

With the tests, the Wrights now had the most detailed aerodynamic data in the world for objects needed for building aircraft.

Their clever balances measured Lift/Drag ratios directly and through further tests with other balances, Lift and Drag coefficients.

The Lift/Drag data was the most useful information. With this single value, one can deduce that if one needs to lift 200lb (the weight of a person), an L/D ratio 10 wing would produce 20lb of drag.

By now the Wrights had knowledge of what wing profiles and shapes to use. But they also needed knowledge of how to control the aircraft and how to propel it forward. This is the discussion for the next Corner.

← The data behind Emirates’ choice of 787-10
Pontifications: EU weighs in for Bombardier in Boeing trade fight →