November 24, 2017, ©. Leeham Co: In the last Corner, we described how the Wright Brothers obtained the aerodynamic data they needed to design gliders and aircraft.

But there was additional knowledge they needed: how to control an aircraft and how to drive it forward.

The Control of an aircraft

Just as aerodynamic lift and drag of wings were badly understood before the Wright Brothers, how to control an aircraft to stable flight was not well understood as well.

Through experiments with hand gliders and full-scale gliders, pioneers like George Caley (1804), Lilienthal (1895) and Langley (1896) had learned: 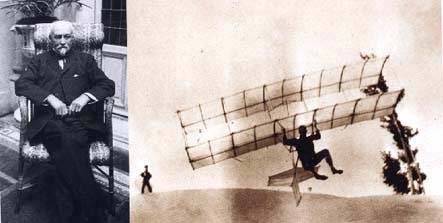 The means to get stability was understood, but how to control the aircraft back to stable flight after a disturbance was in its infancy. Lilienthal, Figure 3 (and Chanute’s pilot, Figure 2), controlled pitch and roll by changing their body’s position and thereby the glider’s centre of gravity. 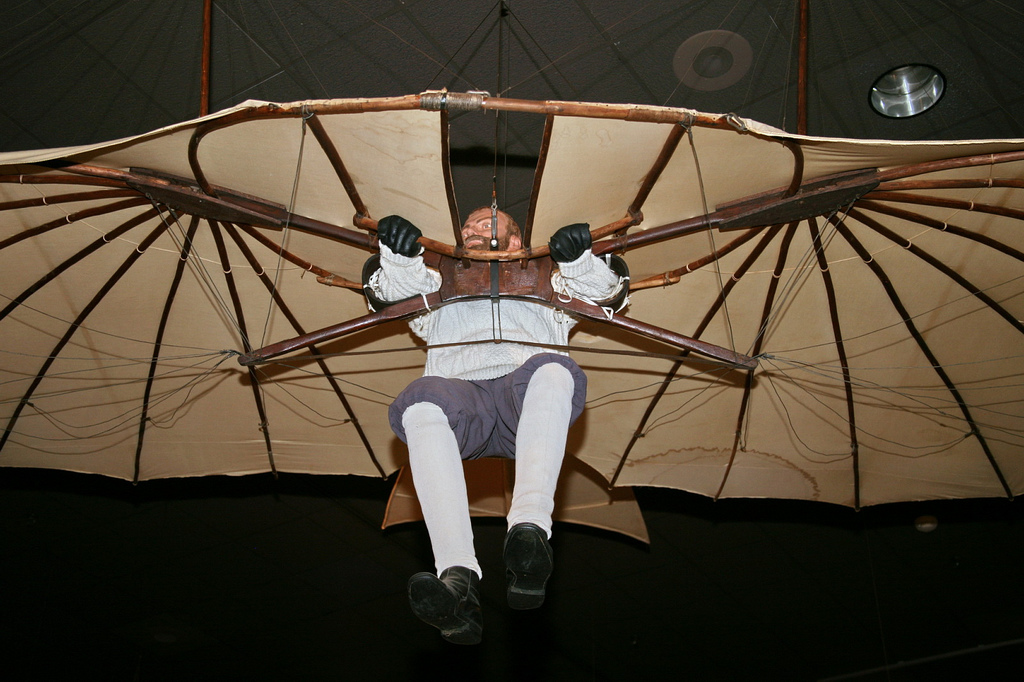 Figure 3. A Lilienthal glider with Lilienthal (as museum puppet) controlling it with his body. Source; Wikipedia.

The inefficiency of this change of centre of gravity caught Lilienthal when he stalled on his last flight. Once the glider turned nose down after the stall, his body hung far forward and he could not tilt it back in time to avoid a crash nose-on from 15m.

Langley managed to get a scale model of his Aerodrome No. 5 (a smaller version of the Figure 1 Aerodrome) catapulted from his launch ship on the Potomac River in 1896 to fly for 90 seconds over the water. The Aerodromes were controlled in pitch and yaw by tail surfaces called a Pe´naud tail that could be angeled up-down and sideways. No roll control was available.

The subsequent full-scale Aerodrome crashed directly into the water with his pilot on board. The control surfaces weren’t powerful enough to let the pilot control the Aerodromes. After two crashes, Langley stopped his project to get a manned flying machine to perform a controlled sustained flight.

Not only did the Wrights find out how to design their gliders and aircraft for good lift versus drag, they also invented how to control them. Their first 1.5m wide kite glider of 1899 had wing warping to control roll. They got the idea by studying how birds changed direction. 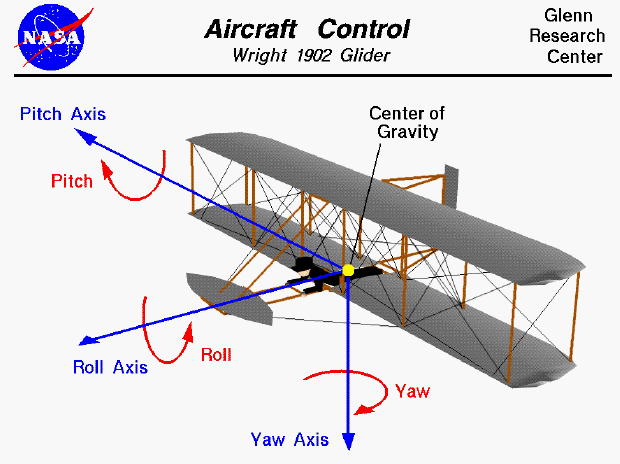 Figure 4. The gradual development of three-axis control during 1901 and 1902 glider trails. Source: NASA.

The reason for a canard pitch control was the Lilienthal crash. The Wrights saw that a canard surface would be more effective in controlling pitch (it is, but it also makes the flyer unstable) and its outriggers would protect the pilot in case of a forward crash like Lilienthal’s.

The movable rudder was a 1902 addition after the wing warping caused adverse yaw (the glider yawed out of the roll induced turn), which needed countering. Adverse yaw is produced when the outer wing in a roll turn creates higher drag (it is warped to increased angle of attack) than the inner wing (which is warped to lower angle of attack). Adverse yaw also affects aileron controlled wings, that’s when a pilot use the rudder to keep a clean flight path.

With the 1902 glider having pitch control (controlled via a lever by the left hand), roll control (controlled by a hip displacement cage) and yaw control (through an interconnect with the roll hip cage), the Wright flyers had designed the first aircraft which had positive three axis controls.

By winter 1902, the Wrights had controlled their 1902 glider successfully and had gathered design data in their wind tunnel how to get a higher Lift/Drag ratio flyer designed. By now, the last nut to crack for powered flight was positive propulsion. There were no lightweight aircraft engines available nor any effective propellers.

We will discuss how the Wright’s cracked this last nut in the next Corner.

← Airbus A350-1000 certified. How good is it?
Pontifications: Scrutiny of HNA intensifies →