June 29, 2018, ©. Leeham News: Last week we explained ADS-B out, the mandatory equipment needed from 2020 for flying in the US Airspace where a C-type transponder is needed today.

Now we continue with describing the ADS-B in, the listening capability of the system, which is nonmandatory. It offers exciting possibilities, however. 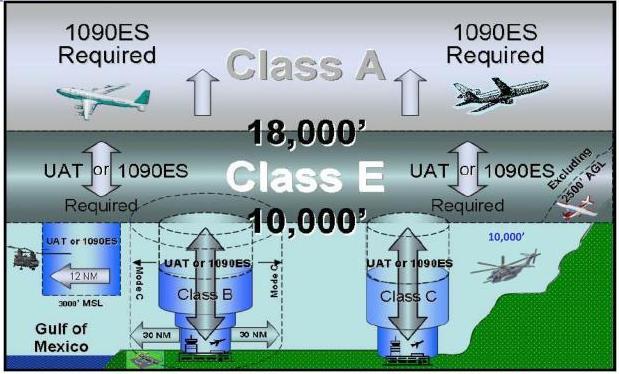 Figure 1. The ADS-B is mandatory in most US airspace areas. Source: FAA

ADS-B in, the icing on the cake

The ADS-B system (Automatic Dependent Surveillance-Broadcast) has transmit and receive channels on both 1090MHz (the 1090ES channel) and 978MHz (the UAT channel). It’s mandatory to transmit ADS-B out on one of these channels by 2020. The receive function, ADS-B in, is optional for both channels.

The 1090ES channel is a reuse of the Mode S transponder’s 1090MHz channel, now with an extended S type message called the ES message. From telling who the aircraft is and a bit about what it does, the ES message is a complete reveal of the aircraft’s 3D position, its velocity and where it’s going.

As the 1090MHz channel is also used for responses to SSR (Secondary Surveillance Radar, the civilian IFF) and TCAS (Traffic Collision Avoidance System), the FAA was afraid ADS-B, in addition, would congest the channel. The result would be a reduced range for the ADS-B and TCAS functions in hot spots like the LA basin, shortly after introducing ADS-B on the frequency.

This is why FAA added an additional channel for the US Airspace (all other countries are OK with the 1090ES capacity for now). It’s a dedicated Datalink channel with high capacity, the 978MHz UAT (Universal Access Transceiver). The high capacity channel is used for several interesting functions beyond ADS-B out, more of later.

Part of the ADS-B system is a ground station chain over which the ATC receives the ADS-B signals. But these stations also transmit information to the aircraft. This is where the in (listening) ability of ADS-B comes into play.

For the ADS-B in on 1090ES, the FAA delivers basic information. It’s the traffic picture the ATC has for the vicinity around the aircraft. The ATC can’t deliver the complete traffic picture it has to the aircraft. It would saturate the channel. A slice of the traffic 30 miles out, +-3,500ft from the aircraft is therefore delivered. And it’s only sent to aircraft which signals it can receive the information (has ADS-B in capacity) in it’s ADS-B out message.

With the sent slice, the aircraft can see on its displays:

With this ATC service called TIS-B (Traffic Information Service -B) an airliner or business jet landing on a secondary airport have the complete traffic picture for the airport. Without TIS-B, Transponder C or A aircraft in the traffic pattern would not be seen.

ATC provides the same service for 978MHz equipped General Aviation aircraft. These can see ADS-B aircraft transmitting on the 978Mhz channel, but no 1090ES aircraft. Most of the time these light aircraft also lack TCAS (TCAS is mandatory for airliners and business jets).

With this, the traffic picture is complete for the light aircraft as well.

What previously has costed megabucks for a TCAS system, can now be achieved with an iPad and an ADS-B in receiver for less than $1000. More on this and the FAA additional 978MHz services in the next Corner.