October 5, 2018, ©. Leeham News: In the last Corner we discussed the challenges an efficient inlet poses for an SST (SuperSonic Transport).

Now we go to the back of the nacelle and look at the outlet. 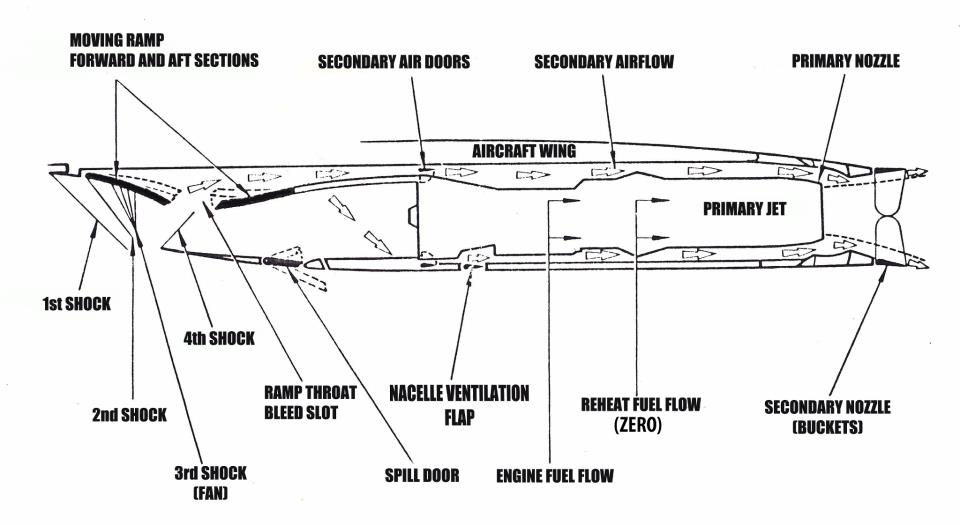 For normal airliner engines the outlet of the engine’s air, also called the nozzle, is a rather simple design. It’s either a fixed separate outlet for the Bypass air and Core air or these are combined to a fixed Mixed outlet, Figure 2. 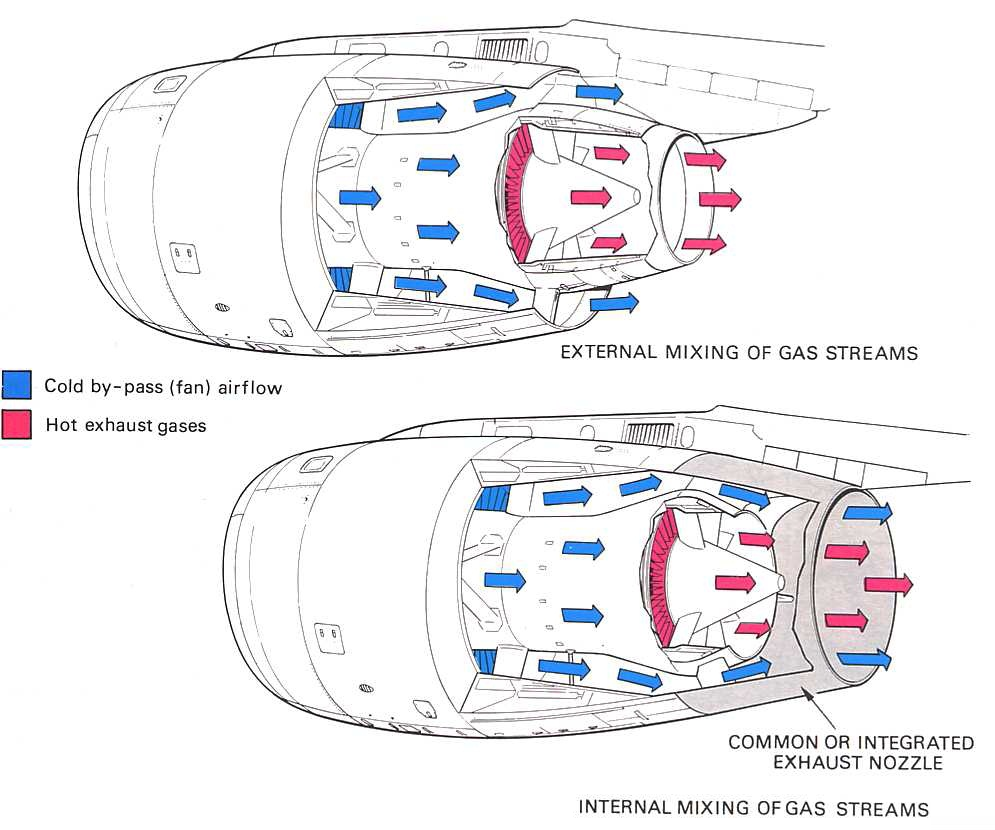 Mixed nozzles are slightly more efficient but increase nacelle length and by it the weight and air friction drag from the nacelle’s increased wetted area.

For supersonic nozzles, we need to have variable area outlets and therefore mixed airflow nacelles are preferred. Only one area needs to be changed.

The variable area nozzle will make sure the slow (around M0.5) high-pressure air at the back of the engine can accelerate to an optimum speed at the outlet, Figure 3.

To accelerate the air to an optimum combination of mass flow rate and speed (= thrust) we need to adjust the area of the nozzle. But for high-speed SSTs, this is not enough.

Air does not flow faster than Mach 1 through the smallest area of a converging nozzle. Once the air has reached Mach 1 it needs a diverging flow area to increase its speed further (top of Figure 3). 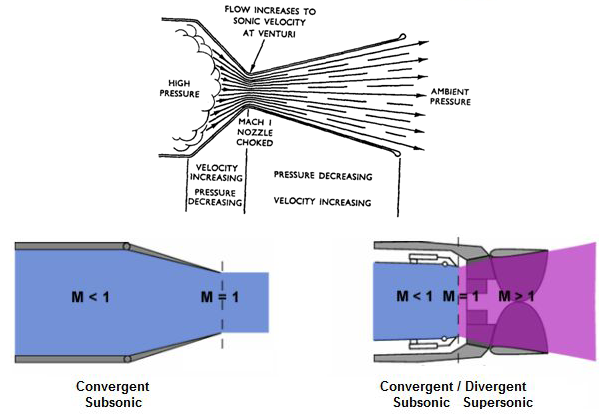 At speeds up to about Mach 1.5, the losses of not using a Convergent-Divergent (ConDi) nozzle are small. Using a GasTurb model of the Aerion SST engine I found the difference of using a ConDi nozzle or a simpler and lighter Convergent nozzle was around 6% loss in specific fuel consumption at Mach 1.4. Analyzing engines for the Mach 2.2 Boom SST the losses increased to between 22% to 32% dependent on engine bypass ratio.

We see a Mach 1.4 SST can be designed with a simpler Convergent nozzle. It could potentially be a fixed nozzle by optimizing the nozzle for the range Mach 0.9 to Mach 1.4 if one is prepared to miss some efficiency at Take-Off and lower speeds. For a Mach 2.2 SST, a variable ConDi nozzle is a necessity.

Kinetic energy increases with the square of the speed so the SST has 50% more kinetic energy to dissipate after touch down than a normal airliner of the same weight. It will, therefore, be necessary with thrust reversers for an SST.

Concorde solved the problem in a clever way. It combined the divergent part of the ConDi nozzle with the thrust reverser function, figure 4. 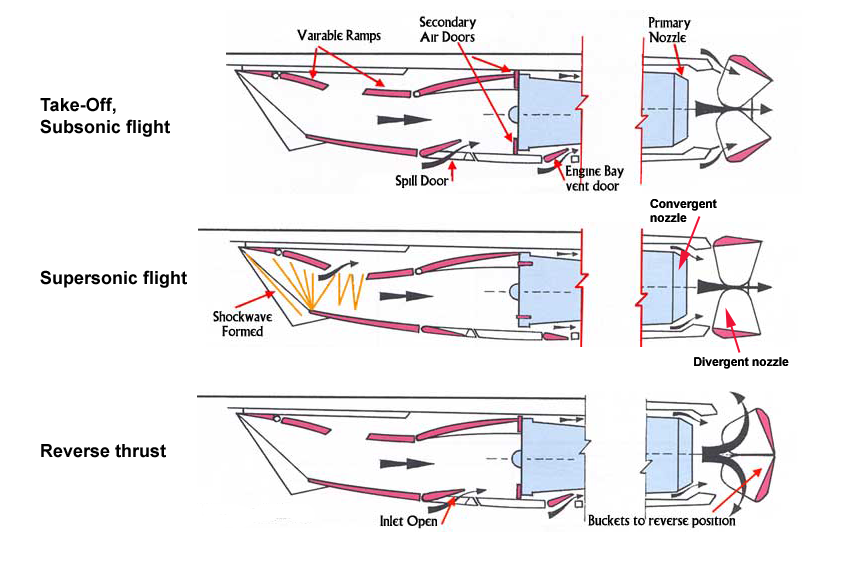 In the next Corner, we will look at different SST engines I analyzed with GasTurb. We can then see the discussed SST engine characteristics for different engine types.

← Huge surge of A320 orders greatly exceed near-, mid-term A320 retirements
Pontifications: Amazon’s quiet plans to grow its airline →