November 2, 2018, ©. Leeham News: In last week’s Corner we looked deeper into the fundamentals of the Mach 1.4 engine of Aerion’s AS2 SST, the GE Affinity.

Now we start looking at engines for a faster SST, up to the Mach 2.2 of the Boom Supersonic project. 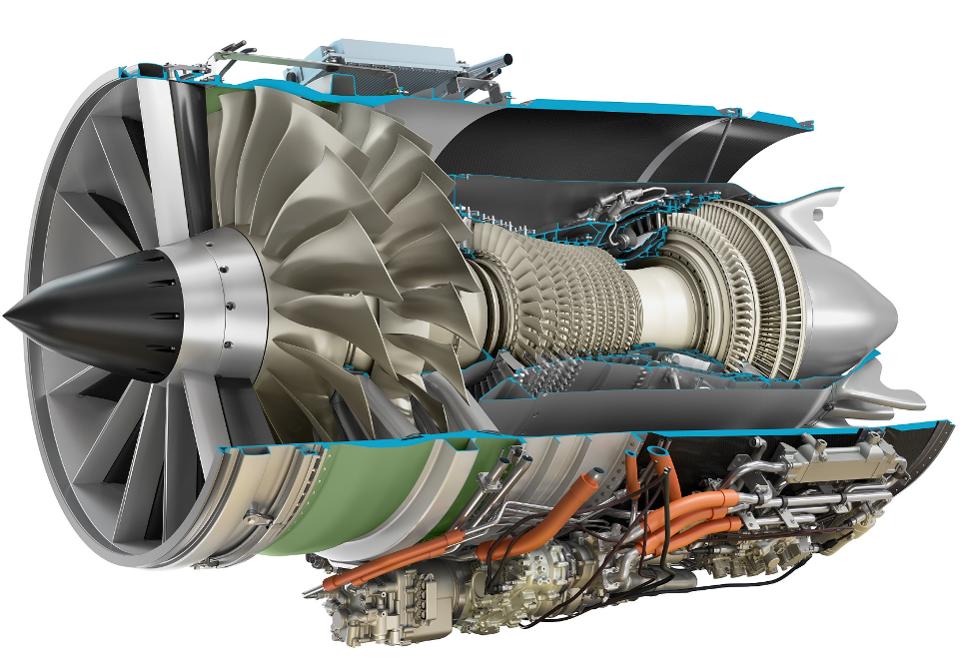 To understand the fundamental problems of Mach 2 SST engines we will use the GE Affinity engine in a Mach 2 application and compare it to Concorde’s engine, the Rolls-Royce Olympus.

Before we start, let’s repeat how we get thrust:  Thrust = Mass Flow * Specific Thrust

Flying the Affinity at Mach 2

If we take a Supersonic engine like Affinity and increase the cruise speed to Mach 2, we will increase the critical last stage compressor temperature (T3) by 50°C. If our design has the margins to handle it, we would have an engine delivering 4,700lbf of Net thrust while developing a Gross thrust of 113,000lbf at Mach 2 and 50,000ft.

The 5.3 times higher Gross thrust is needed to overcome the increased momentum drag of 108,300lbf, also called Ram drag. We have 150kg/s of air which enters the engine and which must be accelerated to Mach 1.5 before passing the fan. This mass flow then is ejected from the engine at a Specific Thrust (overspeed) of 140m/s.

The necessary high Gross thrust to generate the 4,700lbf of forward thrust sends the fuel consumption through the roof. We have a TSFC of 1.4lb/lbf/h, 55% higher than the same engine at Mach 1.4 and 17% higher than the Concorde’s engine.

The high fuel consumption is also because the engine has to work harder to compress the air before it enters the combustor. The air enters the engine at 150°C after the compression in the intake instead of 30°C for a Mach 1.4 application. This increases the work to increase the pressure in the compressors with 40%, an increase in power which is taken from the turbines.

Flying the Concorde engine at Mach 2

The lower mass flow decreases Ram drag and gives less mass of high-temperature air to compress while developing more than double the Net thrust of the Affinity. The result is a TSFC of 1.2lb/lbf/h. The key to the higher cruise efficiency is the lower mass flow and higher Specific Thrust. The engine needs to produce 30,000lbf of Gross thrust to generate a forward thrust of 11,700lbf.

The design mantra for high-speed engines is low mass flow and high Specific Thrust. But it gives a high noise level at airport speeds or a low thrust.

If we throttle back the Concorde engine to a noise acceptable 350m/s Specific Thrust for takeoff, the engine produces 12,000lbf of thrust, 50% less than a throttled back Affinity.

How do we then get to an engine for a Mach 2 SST or a still more challenging Mach 2.2 SST (where the Affinity Gross to Net thrust ratio has grown to 7.7)?

This is the subject of next week’s Corner.

← How useful is an NMA, Part 4
Pontifications: Pilots train for instrumentation mismatches →