November 9, 2018, ©. Leeham News: In last week’s Corner we compared the GE Affinity, the Mach 1.4 engine for the Arion AS2, to the engine of the Concorde when both propel a Mach 2 Supersonic Transport.

We could see an engine must be designed for working at Mach 2. The Olympus, now a 50-year-old design, was more efficient in propelling a Mach 2 SST than the hypermodern Affinity. Now we design a custom Mach 2.2 engine. 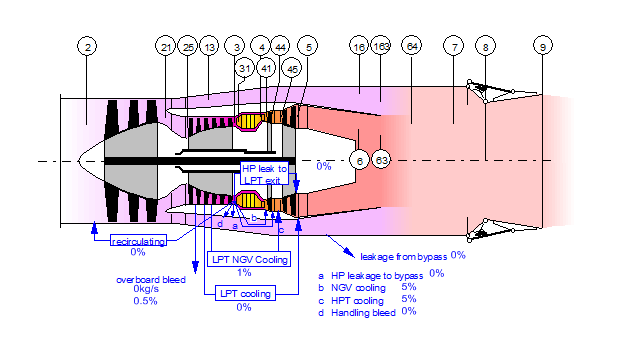 We will design an engine for a Mach 2.2 SST, by it analyzing the problem areas for a Boom SST engine. We estimate the Boom SST as presently defined to need the following data from an engine (it has three engines like the Aeron AS2, Figure 2): 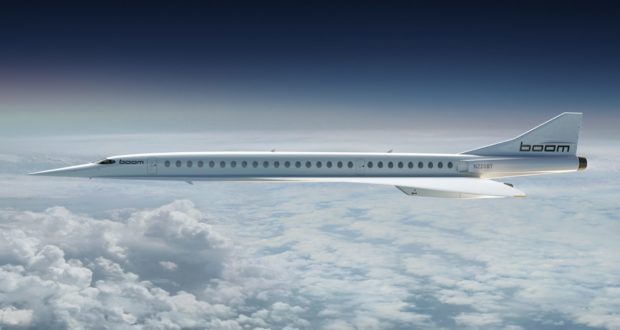 As we could see in the previous Corner a ByPassRatio (BPR) 3 engine like the Affinity is a nonstarter. I have modeled an engine optimized for Mach 2.2 with GasTurb which has a BPR of 2. It has acceptable characteristics at Mach 2.2.

We will now go through the data for this engine and see how it fares against the Concorde’s Olympus 593 and if we can match its fuel consumption and handle the take-off noise problem.

The engine is designed to have optimal flow conditions and TSFC at Mach 2.2. To get to a TSFC which is equal to the Concorde engine’s, I have used state of the art technology in the engine.

The engine has compressor and turbine efficiencies of up to 93% Polytrophic at cruise (it converts the mechanical energy from the turbines to thermodynamic energy in the compressors with 93% efficiency). T41 is 1800K at cruise and 1900K at takeoff (it makes for a smallest possible engine). The intake and nozzle are modeled at the very high efficiencies of the Concorde nacelle. Its values beat the Mil standard intake we looked at in previous Corners.

The Pressure Ratio (PR) at cruise between the ambient air going into the intake and the pressure in the combustor is 1:134. The engine PR at Mach 2.2 is kept at 14.6, not to waste combustion energy on compression which is not needed. The intake delivers PR 9.2 at Mach 2.2.

End of compressor temperature T3 at cruise is 950K/677°C. As this is a sustained cruise value it requires state of the art materials in the compressor. Net thrust is 4,600lbf with Gross thrust at 19,200lbf (ratio 4.2). Specific thrust at cruise is 204m/s and the jet velocity is aircraft forward speed + Specific Thrust: 649+204=853m/s. The propulsive efficiency at cruise is 87% and the Core efficiency is 64%, both very high values.

TSFC is 1.29lb/lbf/h and this is the same value I get for the Olympus when modeling it with GasTurb. Bristol got to 1.21 and they had smarter people who could spend more time on it than I. The key message is; I could design a BPR 2 engine which could match the TSFC I could get for the Olympus with GasTurb, but I could not beat it. The reason is; its architecture for Mach 2.2 cruise is less optimal than the Concorde’s straight jet. Its Specific Thrust is too low, hence Ram drag is high, 14,600lbf.

The not so good news

Now the less good news. This engine has a weight of 1600kg according to GasTurb (GasTurb does a pretty good job of modeling all component dimensions and weights and then sums this to the total engine weight), Figure 3. 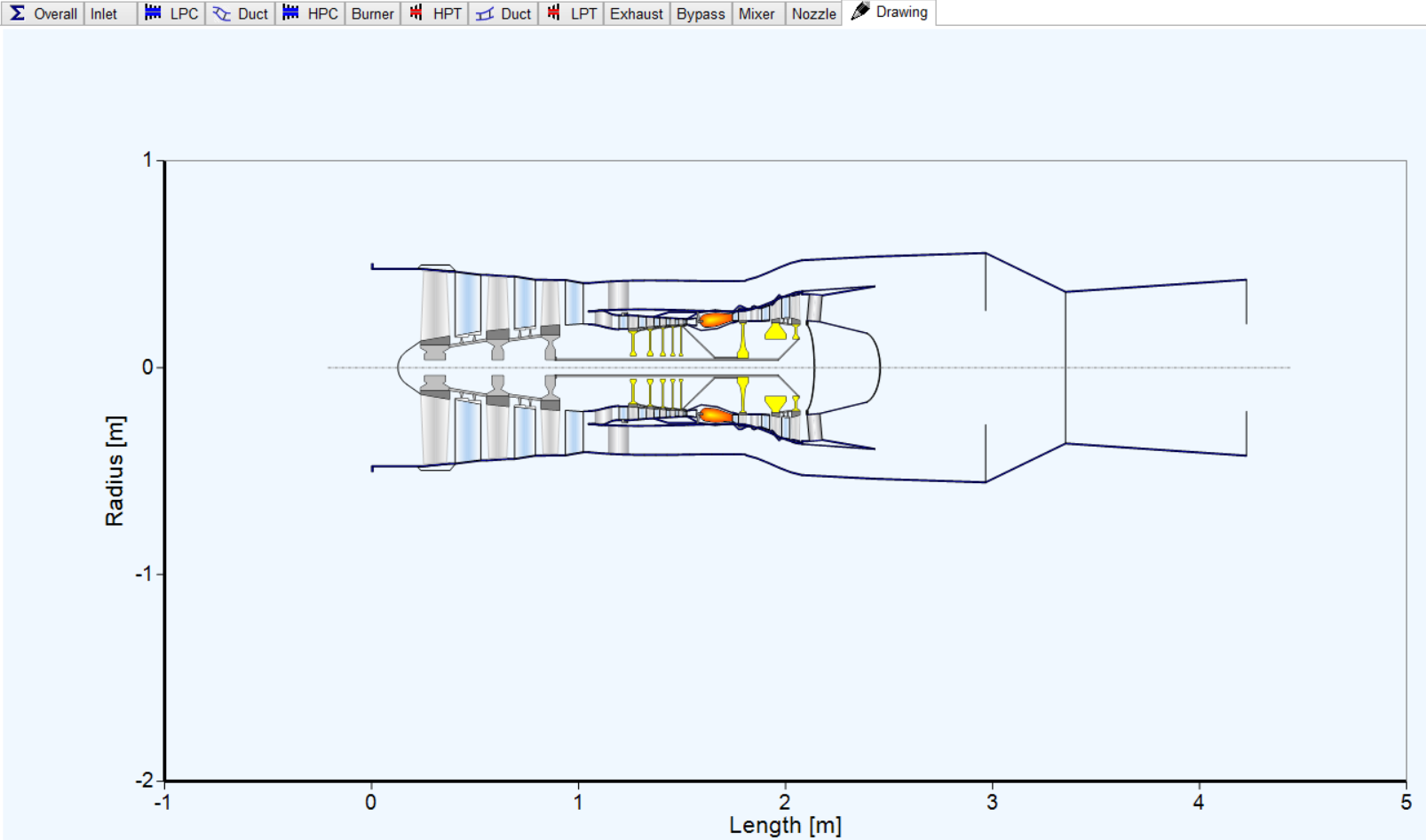 Figure 3. The engine dimensions and mass modeling part of GasTurb.

And the worst news, despite a worse thrust to weight ratio and the same diameter for 2.5 times lower thrust, we have a Specific Thrust at takeoff of 530m/s. We will not pass any Stage 5 noise standards with this engine.

We can throttle it back to an acceptable 350m/s, but then our thrust is 12,500lbf and the aircraft will need very long runways. If we design a larger engine which can be throttled back to 350m/s while developing 19,000lbf of takeoff thrust, we have a 45% larger engine and the diameter and thrust to weight ratio is already bad for our aircraft.

The above shows how difficult it is to design an engine for an SST which is flying at Mach 2 or more with today’s noise standards.

A solution is a variable cycle engine, but as said, these are at their infancy. Perhaps Boom can come up with some other smart way of solving the problem; it will be interesting to watch.

← Bombardier announces sale of Q400 program, exploring options for CRJ
Pontifications: Writing had been on the wall for years for Q400 sale; CRJ is next →