Feb. 17, 2021, © Leeham News: Ever since watching the movie and reading the book, The Martian, I’ve been fascinated about all things Mars. 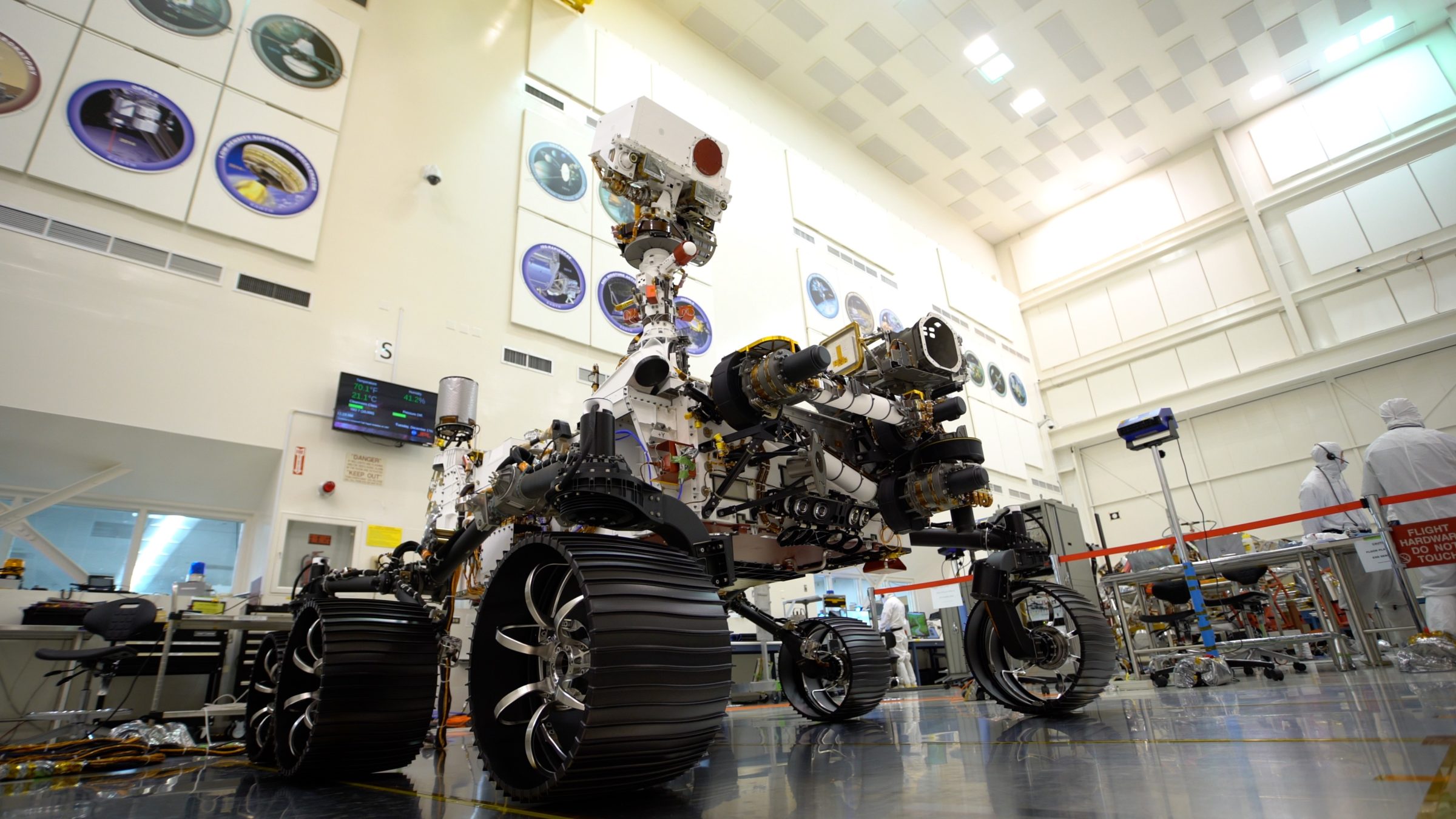 Previous movies were contrived sci-fi trash. The Martian was fiction, to be sure, but it was science-based. A NASA official told me the agency cooperated with the book author and the movie producers. And John Shannon, the lead of Boeing’s giant SLS launcher for a Mars mission, also told me the book and movie were based on science.

NASA and Boeing in 2016 outlined some of the challenges in this powerpoint.

Built for Mars is a 90 minute chronicle of NASA’s current mission to Mars. The Perseverance rover is the first of three missions over 10 years to return samples from Mars to Earth for scientific study. Produced by National Geographic and premiering Feb. 18, the challenges of putting together this mission are immense.

Geeks will love Built for Mars

The TV show is not for those looking for excitement or fancy animations on Mars. But space, science and Mars geeks will revel in the detail of what goes into designing the Mars rover and, a first, a small helicopter for use in Mars’ thin atmosphere—just 1% that of Earth’s. 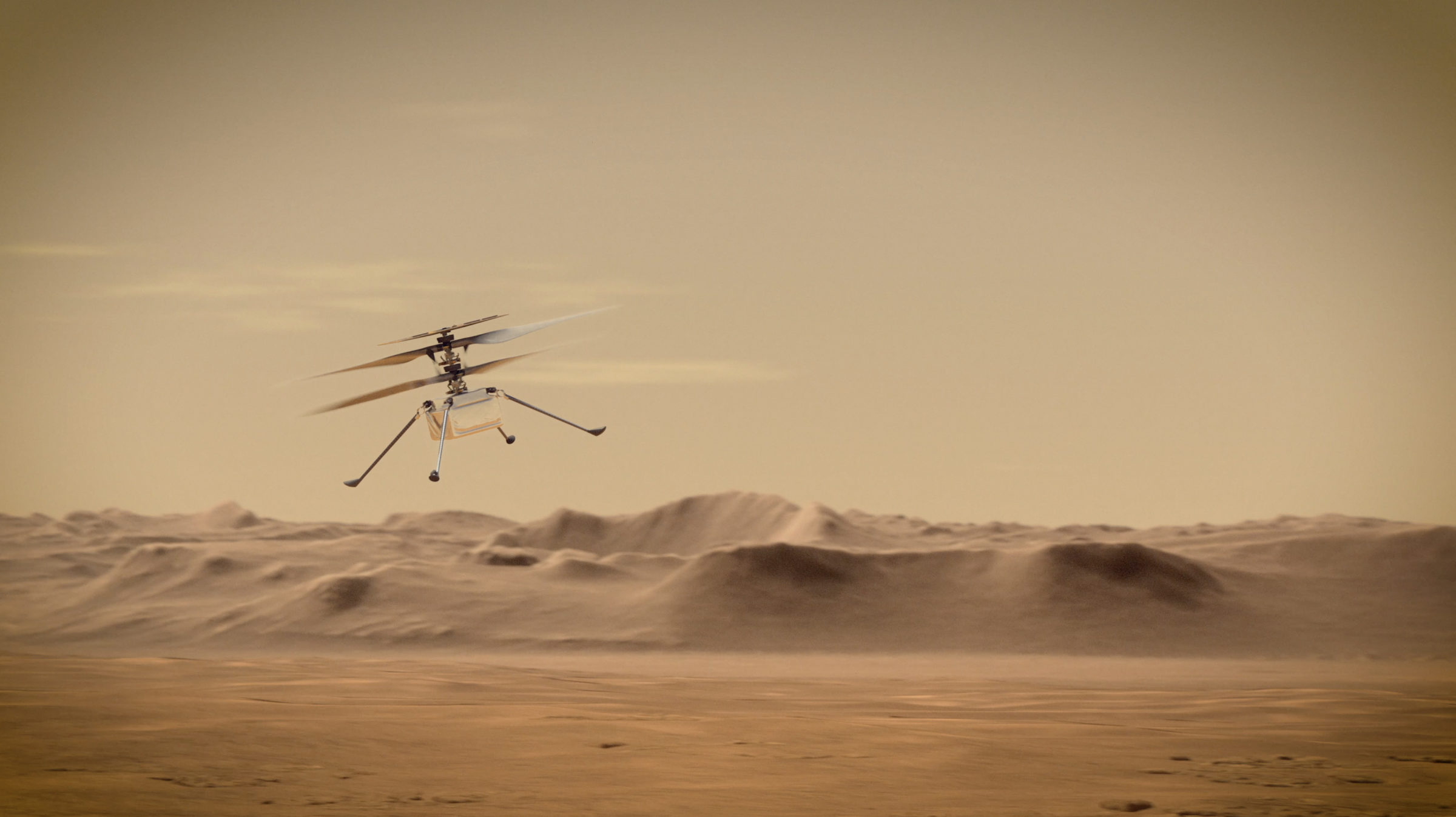 Animation of the first helicopter to operate on Mars. It must do so in an atmosphere that is 1% that on Earth. Source: National Geographic.

The $2.5bn mission designed the Perseverance rover to take some 40 samples of Mars’ earth by drilling small cores. The engineering challenges included making sure there was nothing from our Earth that could contaminate the Mars sample. Earth microbes had to be eliminated. But when testing the system in a special environment designed to simulate Mars’ environment, the core retriever stuck in the tube. The Jet Propulsion Laboratory did such a good job in eliminating Earth microbes that natural lubricants created too much friction.

If a solution wasn’t found, the window to launch the mission from Cape Canaveral would be missed at a cost of $500m and a 26-month delay. Science had to reach a happy medium. It did, and the launch went as scheduled in July last year.

But not without another concern. In February last year, the coronavirus began spreading throughout the US. By the time JPL shipped the rover and small helicopter to Florida, lockdowns were underway. Only the JPL and other essential personnel were allowed to do the final tasks.

A JPL official wryly notes that the name selected for the rover, Perseverance, early in the program proved prescient.

JPL and NASA had to create massive chambers and labs to mimic the atmosphere on Mars. They went to Death Valley for testing, substituting the landscape there for the Martian surface. But splitting rocks with a sledgehammer on JPL’s own grounds, called the Mars Yard, also served to mimic rock-strewn Martian surfaces.

This mission, one JPL official said, “outstrips the complexity of anything created and put into space.”

The 10-year mission has three parts. The first is collecting the core samples. The second is putting the sealed samples into space. The third is capturing the sample capsule by another spacecraft and bringing this back to Earth.

Anything could go wrong at any time. If it’s mission-critical, the mission fails.

“It’s not unusual for a Mars mission to flirt with disaster,” a JPL official says. “It’s routine.”

Once you watch Built for Mars, you will understand how easy it is for something to go wrong. And how much innovation and science it takes for everything to go right.

16 Comments on “Built for Mars”