Update, 1:10pm PDT: Jon Ostrower of The Wall Street Journal Tweeted that US intelligence officials confirm a SAM was fired at MH17; details to follow at The WSJ. 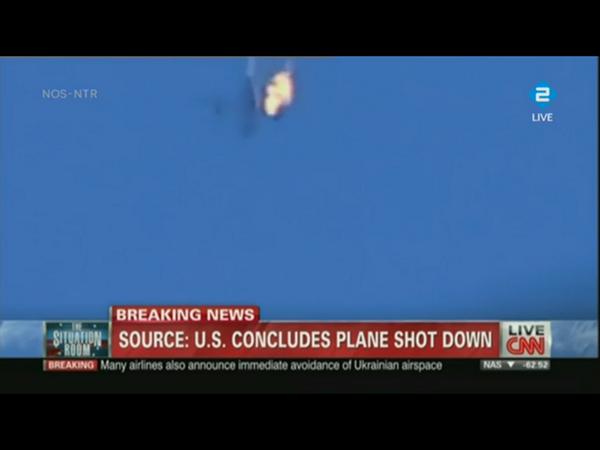 Photo via CNN, apparently showing MH17 falling from the sky.

Malaysian Airlines Boeing 777 (flight MH17) has crashed in Ukraine and government officials claim the airplane was shot down. As yet, this appears to be unconfirmed.

We’ve already been asked for our reaction. Here’s our statement.

“It’s hard to have a reaction within minutes of the first reporting. Reports claim the airplane was shot down, but has this been confirmed? Reports say the airplane was at 10,000 meters (roughly 33,000 ft), and cruising altitude, in-flight break-ups due to something wrong with the airplane are highly, highly unlikely, certainly suggesting an “outside force” may have been involved. But until a shoot-down is confirmed, the only reaction can and should be prayers for the victims.”

Here’s what will happen next, aside from the emergency response to the crash site:

These are, except for #1, standard areas of investigation.