Bjorn’s Corner: We fly to Nice

22 April 2016, ©. Leeham Co: Last week we described the function of  the aircraft’s Flight Management System, FMS. Now we will use the FMS to program a flight between Innsbruck in Austria and my hometown Nice on the French Riviera.

To make it practical and easy to follow, we will focus on how the Flightplan that we have programmed into the FMS will be processed. To follow that, we look at the display of the FMS navigation on the aircraft’s navigation display. There, one can follow how the FMS and Autopilot work through all the information that a flight-planned mission contains.

The cockpit we see in the picture is the aircraft we will use, an A319 that we have borrowed for the day from Lufthansa, just to help us understand how navigation with a FMS works. It is of course not a real aircraft, but it’s not far from it. 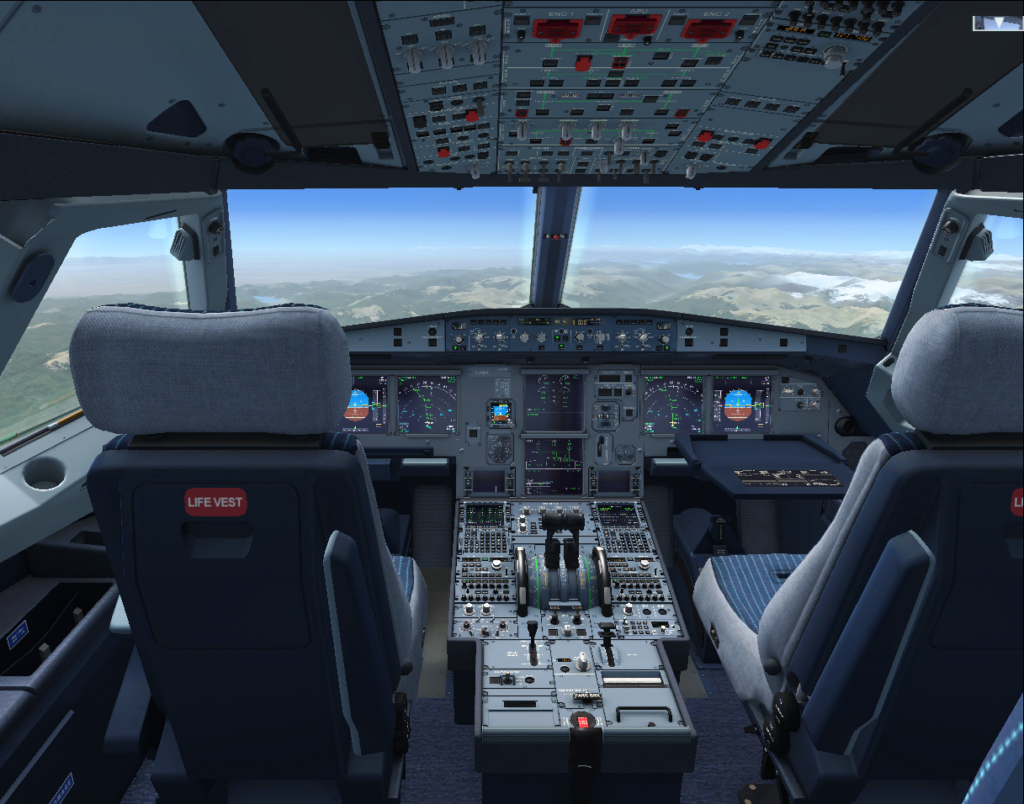 The best flight simulators that are available for your PC today are extremely well done and realistic; this is one of them. It’s an A319 simulator from the German company Aerosoft. I flew the mission for us yesterday.

Let’s see how it works.

Figure 2 shows the route we will follow to Nice. We start at Innsbruck Airport, LOWI, and follow a Standard Instrument Departure (SID) route to the navigation point INN (it is also a VOR navigation beacon). From there, we follow the airway UM726 to BZO, once again a VOR close to the Süd Tirol city Bozen. Then we follow another airway to EVANO and finally to BORDI, which is the navigation point for the seaside town Bordighera on the Italian Riviera. 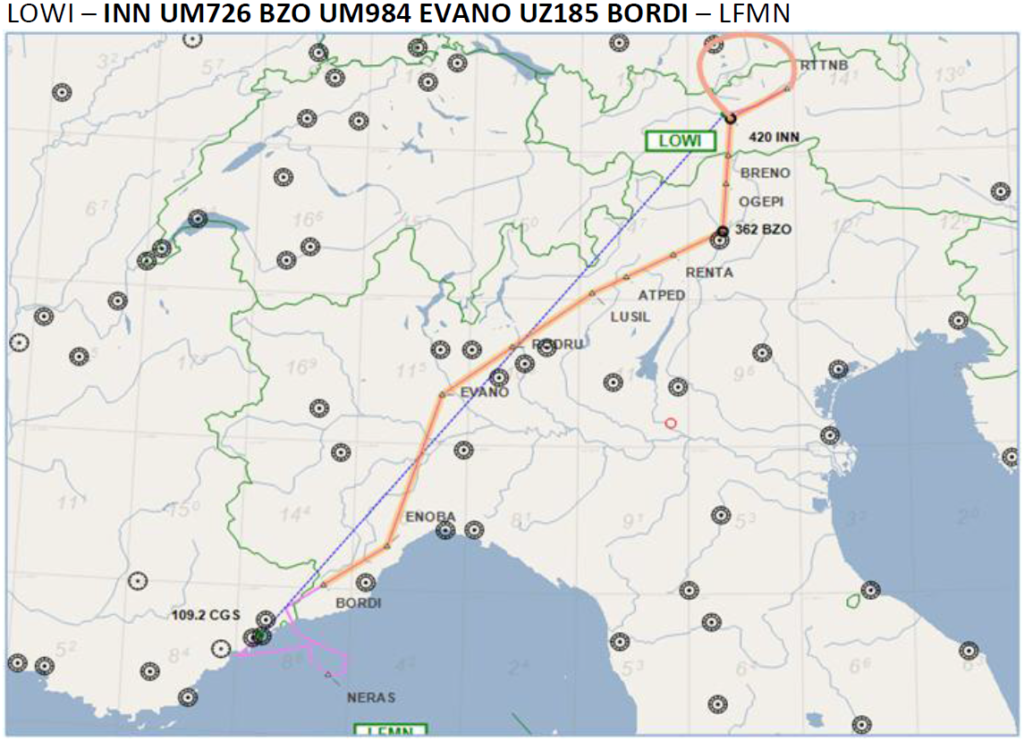 Figure 2. Route for the mission, from Innsbruck to Nice. Source: Aerosoft manual. Click to see better.

From BORDI, we go out to sea to follow a Standard Arrival route (STAR) called BORD6C via the TRANsfer procedure NERAS, which takes us to an ILS landing on Nice runway 04 Left.

Figure 3 shows the Navigation Display (ND) after we have taken off at Innsbruck and are climbing up to our cruise altitude. The picture shows how the displays are arranged in the aircraft with the Primary Flight Display (PDF) to the left and the Navigation Display (ND) to the right. Above we can see the panel where one controls the ND (LS-VOR-Nav-Arc-Plan knob and range knob). To the right is part of the Autopilot controls and below a standby horizon and the Engines page on one of the central screens. 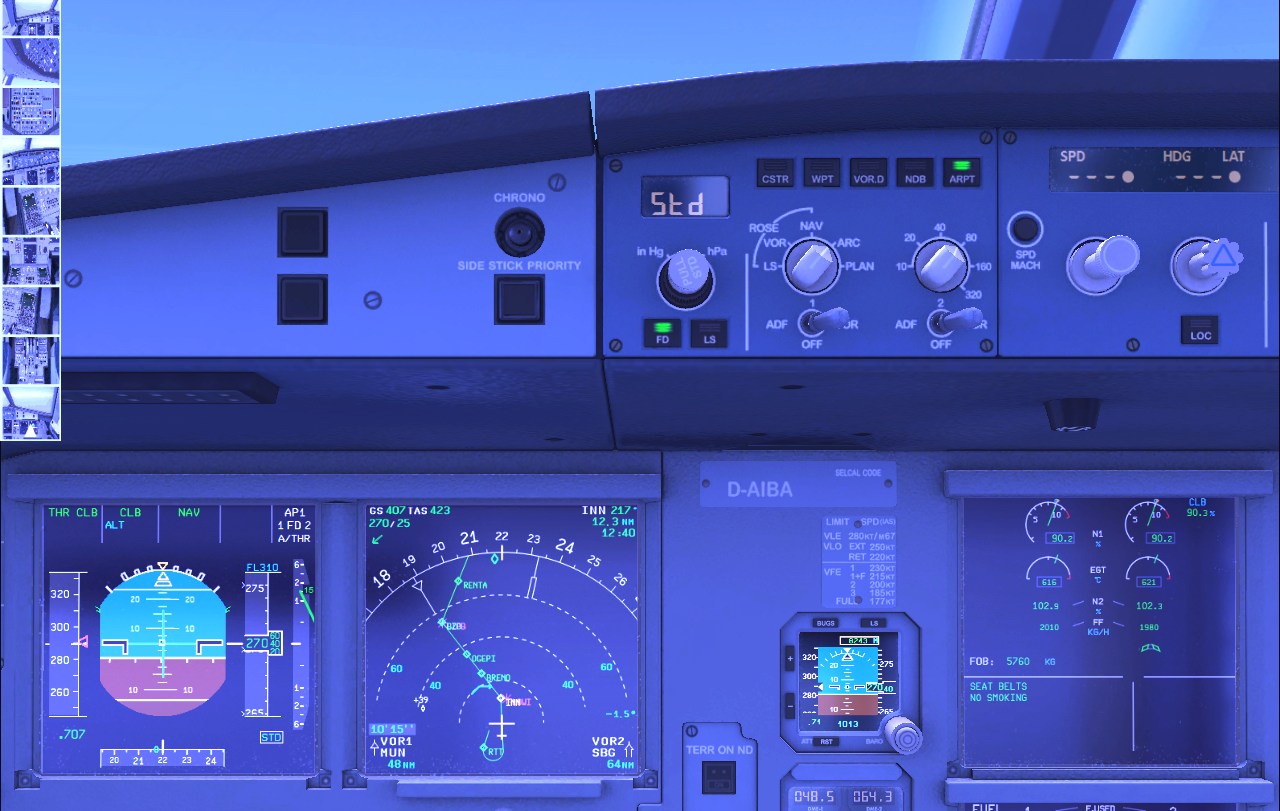 On the ND (Navigation Display), we have just climbed straight ahead after take-off as Innsbruck is in a valley and we had to pass the NDB (Non Directional Beacon) RTT (Rattenburg) at minimum 9,500ft before we turned back to the INN (Innsbruck) VOR (white INN overlaid on the airport LOWI in Magenta). We now climb on our route to our initial Flight Level of 31,000ft (FL310).

In Figure 4 we are just about to reach cruise Flight Level 310. The blue cranked arrow shows where we will reach cruise FL just before BRENO (The Brenner pass). 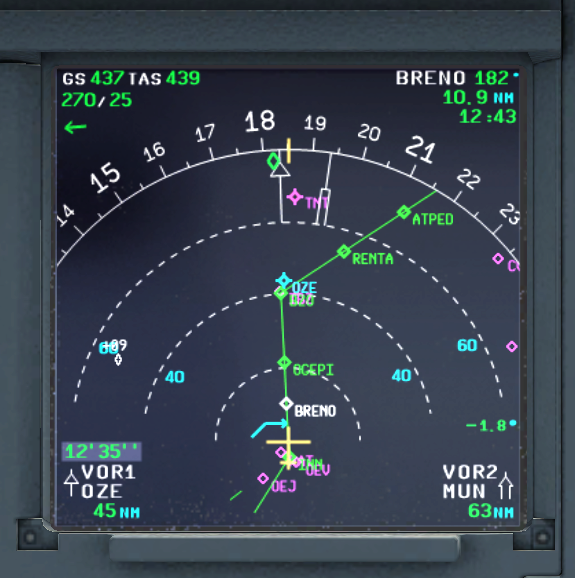 Observe that I have the two VOR’s shown in the lower corners. One can see the bearing arrows in the display pointing to these VOR’s that the FMS use to check the Inertial Nav platforms that the aircraft has and below is the DME distance to these VOR. The VOR OZE is visible in light blue (means it is active, otherwise it would be magenta) just beyond our turn waypoint.

In Figure 5 we have reached the Italian Riviera and it’s time for descent, market with a white cranked down arrow. We have 21nm left to EVANO (upper right corner shows bearing, 323°, and distance to next waypoint and estimated overhead time) and the descent will begin just before BORDI. After BORDI starts our TRANsfer procedure NERAS out over the Mediterranean sea leading to our STAR (Standard Arrival Route) BORD6C. It has many waypoints (green) and altitude constrains (magenta circles), a bit busy in this range scale but will be better later on. 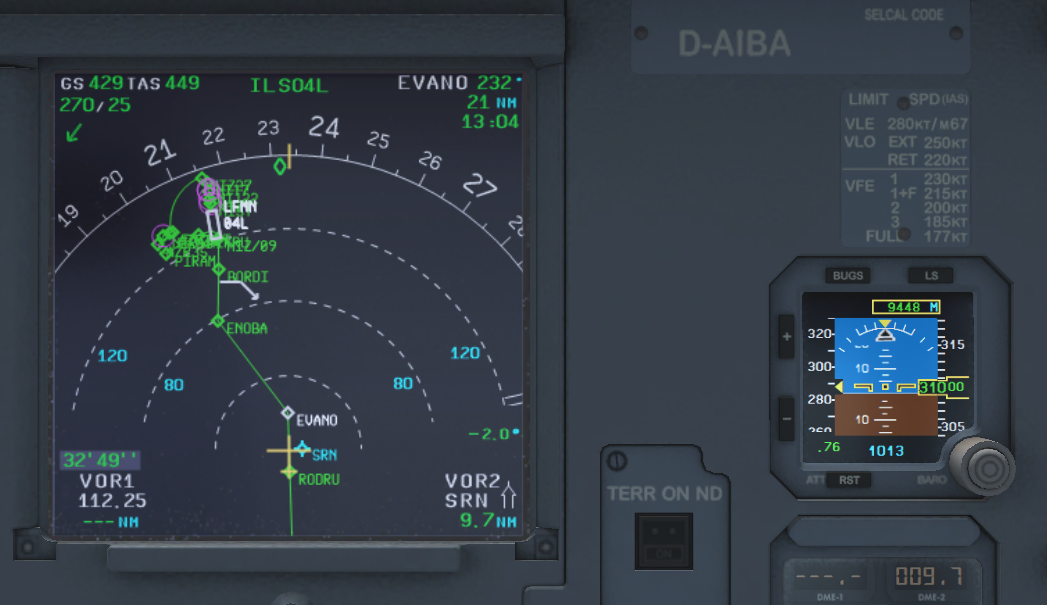 Figure 5. We will soon start descent before BORDI and then fly our Nice STAR. Source: Aerosoft A319

In Figure 6 we are turning left into our TRANsfer procedure. Here we are descending to 4000ft over sea level (QNH 2012mb not set yet on the standby horizon). We then have to stay there until we catch the glideslope of the ILS at the outer marker NI122. In the picture we can also see the backup VOR/DME display the aircraft has. Check the needles and distance; they are synced to the VOR needles one sees in the ND and the distances are the same. Its just a backup display of the information from the VOR/DME receivers. 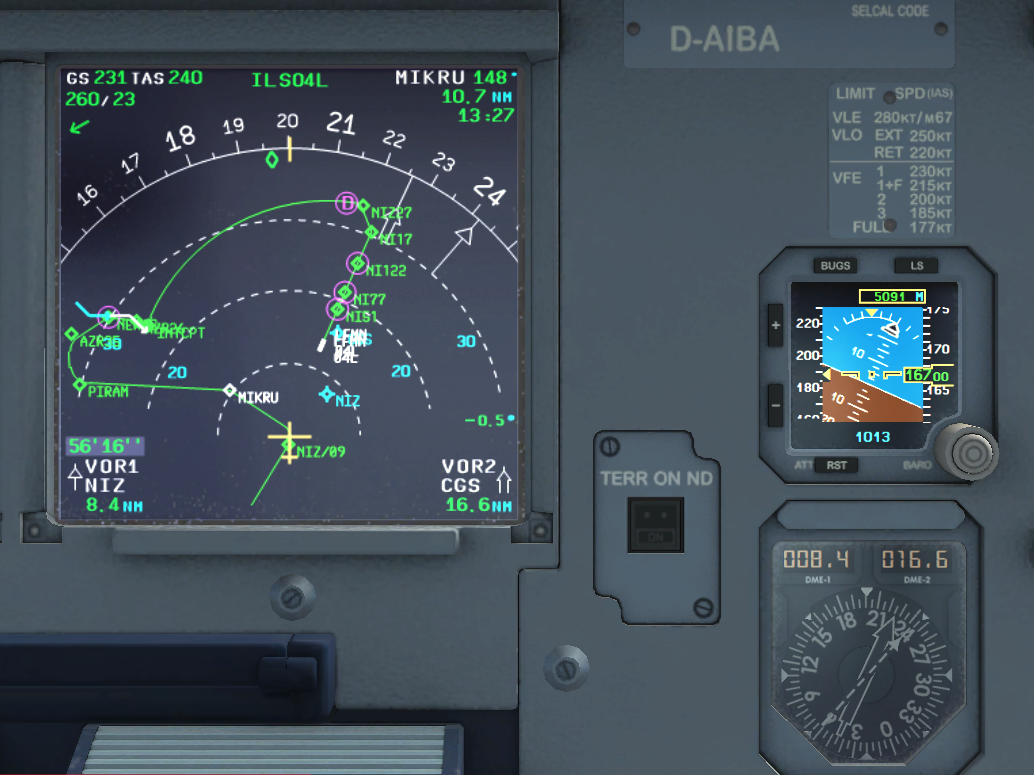 Finally in figure 7, we are just waiting to turn in to get established on the ILS inbound for Runway 04 left at Nice airport.  The cranked arrow shows were we shall leave 4,000ft and follow the ILS at the outer marker NI122, over the middle market NI77 and inner market NI51. The landing I then made was OK, so we all arrived safely at Nice.

Hope you enjoyed the trip! 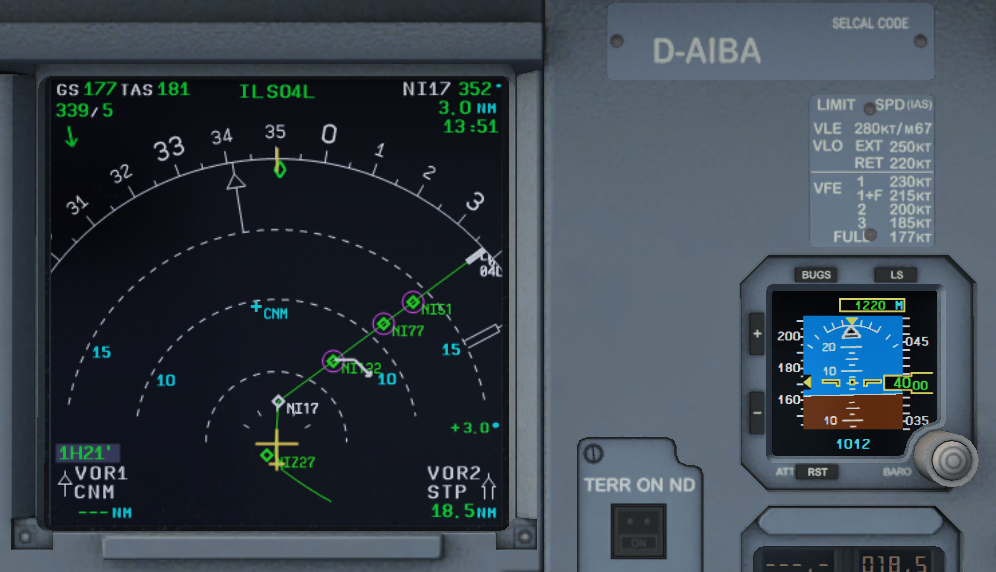 Figure 7. Waiting for right turn to ILS for RWY 04L on Nice airport. Source: Aerosoft A319

15 Comments on “Bjorn’s Corner: We fly to Nice”