Yet everything was not as expected; most of the press conference was spent on how the sins of the old Airbus still haunt the present company. 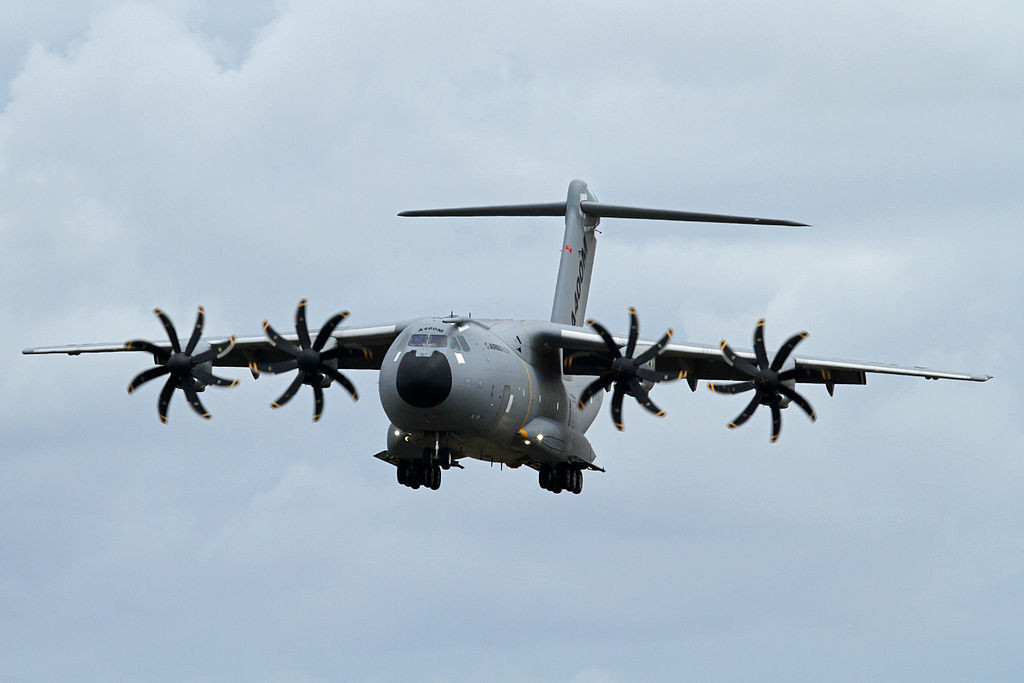 This was when the old, non-integrated Airbus wanted to show the world it could build the largest, most capable aircraft. The resulting lighthouse projects, A400M and A380, are still not out of the woods.

The Airbus revenue and net profit were in line with guidance at €66.6bn and €1bn. Net results were cut by one-time charges of €3.7bn (A400M, Group restructuring, A350 ramp), compensated by one-time gains of €2bn (Dassault sale, Launchers JV).

The A400M provision of €2.2bn (€1bn in 4Q) was higher than expected. Airbus expects more trouble in this program. The Group will now seek a cap on penalties from its troublesome 6-nation customer group.

Apart from A400M (and a to slow A380 program), Airbus is fine. The Group completed its last integration step, realizing that 72% of revenues are from commercial aircraft. The Commercial Aircraft division and the Space segment are the highlights, while Helicopters is doing OK in a bear market. Defense (ex-A400M) is soldiering on in a non-expanding market. The guidance for 2017 was unchanged.

Airbus added €1.2bn in write-offs in 4Q2016 to the €1bn it had announced previously. The provision is necessary to cover the costs of customer damages claims and to ready the full capabilities of the A400M.

Airbus can no longer accept that the six Nations and their procurement agency, OCCAM, do not help with the program. The board directed Airbus to seek concessions on damages and more flexibility on requirements to get the program on track. It remains to be seen how willing the customer Nations are to help Airbus with the outstanding issues with the A400M.

“There is no question the aircraft is the world’s most capable and advanced military transporter,” says Enders, “but we can’t have six different meanings on what is an acceptable adaptation of the requirements so we can deliver a finalized aircraft.”

Airbus plans to deliver close to three times the 2016 deliveries of 68 aircraft, i.e., around 200 units. Key to achieving the target will be engine deliveries, especially from Pratt & Whitney. The Pratt & Whitney engine still has some issues to resolve, according to Group COO and Commercial division head, Fabrice Bregier.

The A330neo program is running to plan, with first flight at end of the second quarter. Delivery is set for first half 2018. The expectation is the neo version will guarantee a continued production rate of 6-7 aircraft a month for the A330 program.

Airbus is convinced this large aircraft will have its time. But it’s large for today’s market. With the doubling of world travel, “it’s about keeping the production at one a month until the market picks up,” said Bregier. “To make that without losses, we are reducing the fixed costs and streamlining the production process.”

Airbus forecast more than 700 commercial deliveries this year, up from 2016.

A350 delivered 23 aircraft in the quarter, meeting the annual delivery target with 49 delivered. The press release noted good progress was made on reducing out-of-sequence work, but supply chain bottlenecks remain. Management expect to continue to ramp in 2017 and meet the target of rate 10/month by end of 2018.

A320neo deliveries are progressing and 68 were delivered in 2016. Airbus noted challenges remain with the ramp, and they expect deliveries in 2017 (guidance ~200) to be back-end loaded again.

Airbus’ 4Q 2016 results were slightly mixed, in our view, although there is no change to the big components of the story. It posted a strong 4Q beat vs.
consensus, driven by margins and revenues at the core business, Airbus Commercial Aircraft, with good cash flow and the newly-introduced FY 2017 guidance, which is typically conservative at an early stage in the year, appears to be in-line with current consensus. The snag was in a higher-than-expected charge on the A400M programme of €1.2bn in 4Q, which has become a protracted bleed of profit and cash, and it seems from Reuters headlines this morning, little progress is being made in negotiations with government customers related to this compensation.

Airbus said cancellations remain low and were about 2% of the backlog (excluding ceo to neo conversions).

77 Comments on “Airbus Group: the old Airbus haunts the new”