Airbus working on new Sharklets for A350

October 25, 2017, © Leeham Co: Airbus is working on further extending the range of the A350-900 and -1000. The company is quietly testing an extended Sharklet, which will extend the aircraft’s wingspan.

An A350-900 test aircraft is flying since last week with the larger Sharklet, Figure 1. Jujug Spotting in Toulouse caught the test and we have the right to show the pictures.

Airbus has extended the range of the A350 in several steps. The first was certifying with a higher Maximum Take-Off Weight (MTOW) than announced in 2014. Instead of a maximum of 268t, the aircraft was certified with 275t. This increased the range from 7.750nm to close to 8,000nm.

Airbus is also planning to increase the MTOW of the A350-1000 from the planned 308t. As we wrote in June the plan is to certify up to 316t for the aircraft.

Now an additional range extender is tested. The A350-900 in Figure 1 is equipped with higher Sharklets. The difference can be seen when comparing to the photo in Figure 2 of the present A350-1000 prototype, equipped with standard A350 Sharklets. 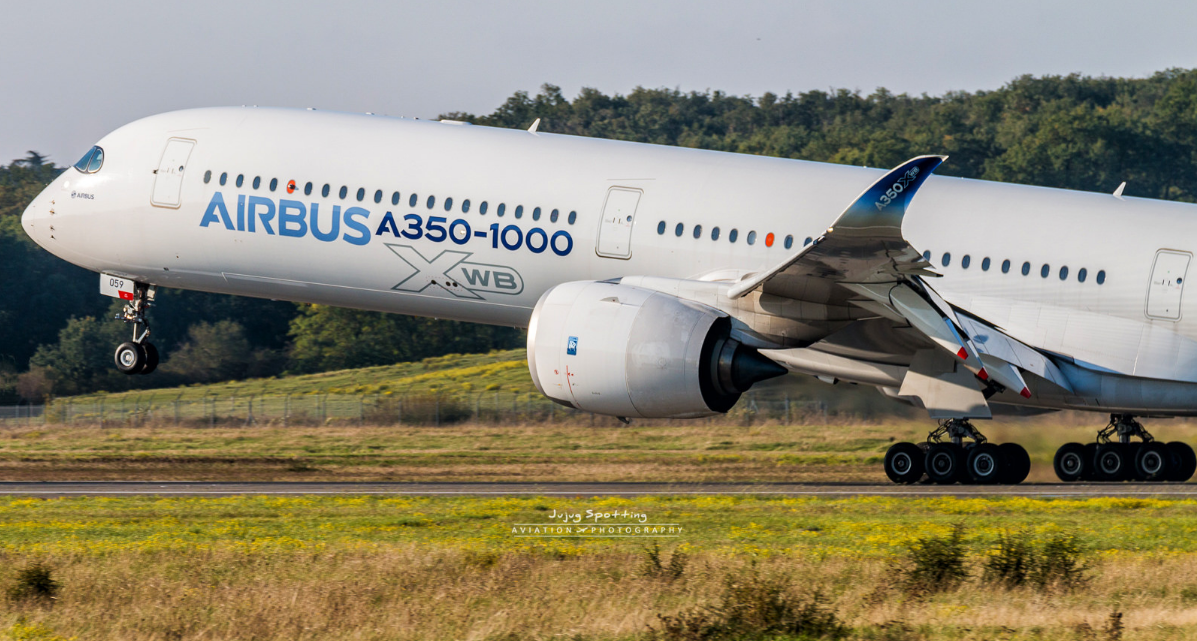 The new Sharklet is higher and less swept backward than standard. The effect is to increase the aircraft’s effective wingspan (the wingspan the air sees). Increased wingspan means lower induced drag, which benefits both cruise and take-off drag.

The added wingspan can probably be introduced without changes to the A350 wing. The wing structure proved stronger than planned when ultimate load test was made on the wing.

119 Comments on “Airbus working on new Sharklets for A350”