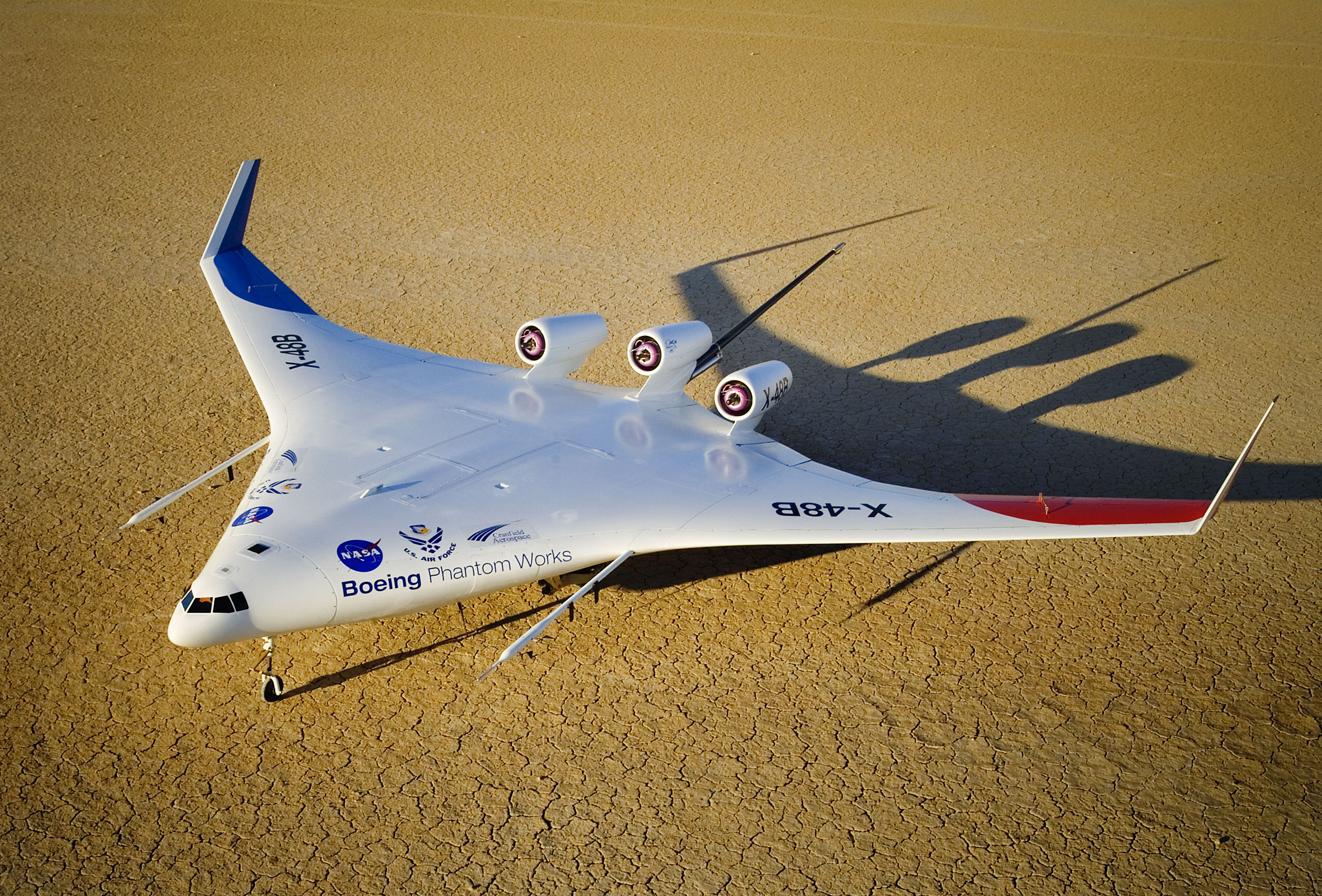 “The characteristics of a freighter, in general, are you want to be able to use the airplane at airports that aren’t typically as improved as airports are that we use passenger airplanes at,” he told an evening meeting March 28 at the University of Washington in Seattle. The event was organized by the American Institute of Aeronautics and Astronautics.

“Airport compatibility is a really important part of that,” he said. “A BWB works great because it’s got [wing] span. It’s got more empty weight than a tube-and-wing configuration for a revenue ton of cargo. It’s going to carry more operational empty weight. It’s got span and it’s got a fair amount of wetted area.

“A four-hour mission isn’t going to work because you’ve got more weight and you’re not taking advantage of that span,” he said. Long cruise segments are required to make the aerodynamics work to their greatest benefit.

Cargo aircraft also need to be “loadable” quickly, he said. Existing freight containers and cargo loading systems need to work with the BWB.

Sinnett that that Boeing’s studies have only shown a few cases in which the economics are better than 20%.

“You can imagine someday where military cargo operations, long-range, where you’re going from hub-to-hub,” he said. But so far, there hasn’t been a customer requirement for which a BWB makes sense.

In a BWB, the center wing box is also where the passenger cabin is. The wing box needs to be tall enough to accommodate 95% of the world’s men to be able to stand upright.

Space is required for the carry-on bags. There has to be room above and below the floor for ventilation and systems.

This results in the multiple hundreds of passengers, he said.

“It’s hard to do with a small airplane to get enough height in the center box.”

The design creates another challenge: developing a family of airplanes.

Boeing, as with all manufacturers, like several models of a basic design.

This enables the OEM to create, relatively inexpensively, several sub-types to cover the massive R&D costs and post high profit margins (at least in theory) the longer the program is in production.

With tube-and-wing design, it’s a relatively simple task to stretch or shrink the base design to create a three-member family.

The 737 MAX has four sizes, the MAX 7, 8, 9 and 10. Although there were special challenges to overcome for the MAX 10, the stretch was nevertheless accomplished for comparatively little money.