May 18, 2018, ©. Leeham News: In the last Corner we discussed the autopilots one finds in Turboprops and entry-level Business jets. Our example was the autopilot for the Garmin G1000 integrated flight deck.

Now we will step up to the airliner level. We will look at the autopilot and its supporting avionics for the Bombardier CSeries. This is a modern, state of the art system, and a good example of the autopilots for an Airliner or top of the line Business jet. 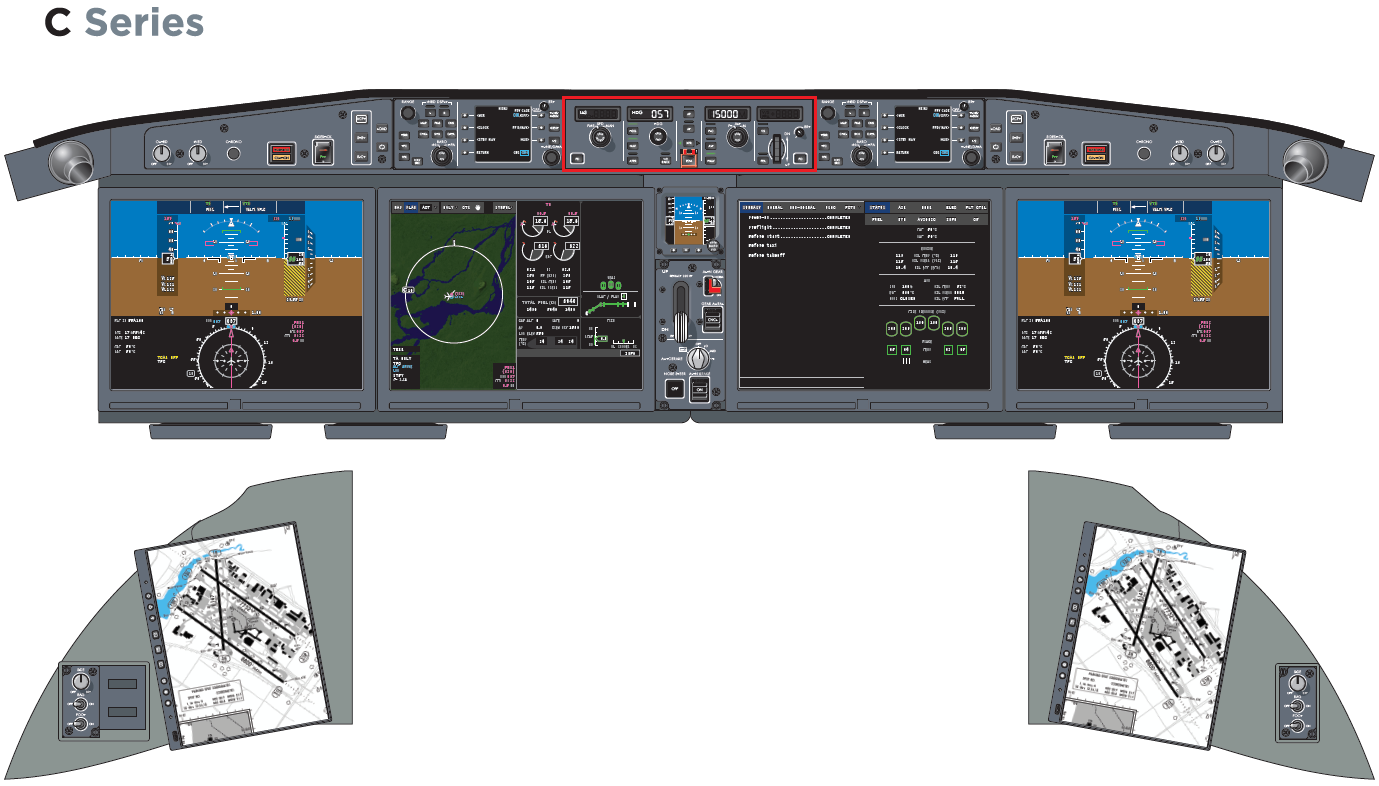 Figure 1. The CSeries flight deck. I have marked the autopilot panel with a red border. Source: Bombardier.

The autopilot for the CSeries is a good choice for a high-end system. It’s used in the newly introduced CSeries, an aircraft I could test-fly 18 months ago. But it’s also used in Bombardier’s high-end Business jets, the Global 5000, 6000 and 7000.

It means the description for the CSeries is also an example how a high-end Business jet like a Bombardier Global, a Gulfstream or Dassault Falcon would be equipped.

It will be a bit more complicated to describe the autopilots for this class of aircraft, as the functionality is not found in one system, but several. We will, therefore, cover the build-up of the system in this Corner and discuss the functionality and use of such a system in following Corners. 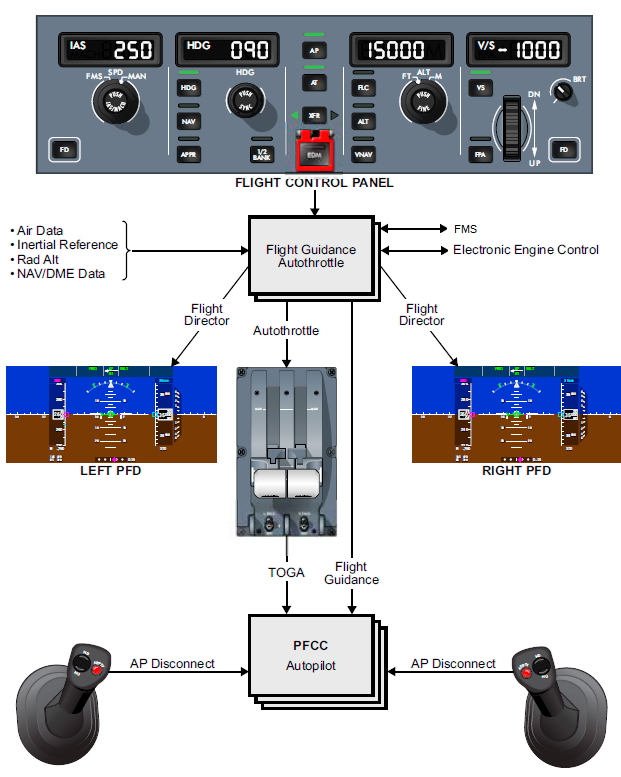 The Autopilot is now an application in the Primary Flight Control Computer (PFCC) of the Fly-By-Wire system (low box in Figure 2), executing commands to the flight control surfaces of the aircraft.

The key part of the system is the Flight Guidance and Autothrottle computer, calculating the commands to the Flight Director (FD) bars on the Pilot’s Primary Flight Display (PFD) and to the Autopilot and Electronic Engine Control. We will cover what happens in these boxes, but let’s start with the sensors such a capable system needs.

On the upper left, we have Air Data. This is a system which measures the aircraft’s speed and altitude. It also keeps track of the outside temperature. On an airliner, there are at least two complete Air Data systems with a third backup system serving the standby instruments.

Here we also have an Inertial Reference System (IRS) instead of an Attitude and Heading Reference System (AHRS) as described in previous Corners. This means the aircraft can cross for instance the Atlantic without the assistance of any Navigation aids, knowing its position and attitude by the force measurements made by the sensitive inertial ring laser gyros forming the heart of the IRS. The IRS is also doubled on an airliner, for redundancy.

In addition, the airliner has Radio Altimeters, measuring the distance to the ground when landing, and a multitude of Navigation and Communication radios.

The Automatic Flight Control System works with the aircraft’s Flight Management System, the FMS. The FMS stores the flight plan for the route with all navigation, altitude and speed information. It also contains an aircraft performance model so it can calculate the best flight profile for the mission.

The FMS will recommend when the aircraft can increase its Flight Level (altitude) when it burns off fuel and gets lighter. It also manages all the navigation systems and calculates steering commands to the flight Guidance system to keep the aircraft on the Flight Plan both laterally and vertically.

The hierarchy for the systems during a mission after take-off and until landing is:

When the Pilot decides to let the Autopilot and Autothrottle step in, he can still intervene and control the Flight Guidance through the Flight Control Panel at the top. He is then flying a mixed manual and FMS based flight. He can also reprogram the FMS and use the TOGA and AP Disconnect buttons in the Figure for further control during Take-Off and Landing.

In the next Corner, we will discuss these choices and the impressive abilities of an airliner Auto Flight Control System.

← Boeing 777-9 or Airbus A350-1000 for the Gulf carriers?
Pontifications: An in-depth assessment that people matter at Airbus →