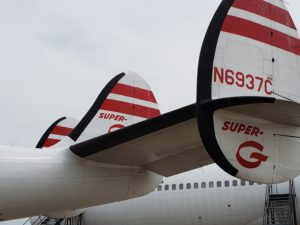 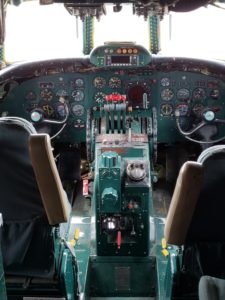 The cockpit of the Museum’s Constellation. Photo by Scott Hamilton.

The Constellation, of course, was forever identified with TWA and Howard Hughes. The airline, major-owned by Hughes, worked closely with Lockheed to develop the Connie. Hughes and then-president Jack Frye positioned TWA as an international competitor to Pan Am, which also operated an early model of the Constellation. 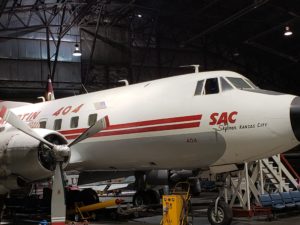 The Martin 404 in TWA colors. The “SAC” represents the name Save A Connie, the name used by the Airline History Museum when it could not get use of the TWA name when Carl Icahn owned the airline. Photo by Scott Hamilton.

The Martin 404 competed with the Convair 340, which was much more successful. Only TWA and Eastern Airlines bought the 404–100 between them. The 404 was the successful to the Martin 202, an unpressurized airplane that developed metal fatigue in the wings, resulting in a fatal accident with Northwest Airlines. 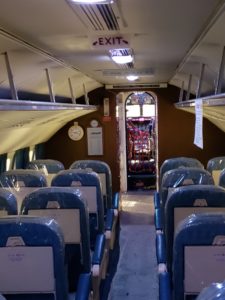 The AHM’s Martin 404 was also airworthy at one time. It’s in long-term storage at the Kansas City Downtown Airport. 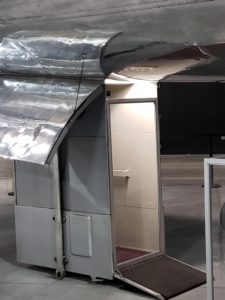 The hidden elevator built into a Douglas C-54 (DC-4) purchased by the US Army Air Corp to transport President Franklin D. Roosevelt. Photo by Scott Hamilton.

During World War II, President Franklin D. Roosevelt needed a bulky ramp to accommodate his wheelchair on those rare occasions he flew. This was a dead giveaway the President of the United States was in the European or African theaters. The US Army Air Corp ordered a new C-54 from Douglas, requiring an elevator in the tail.

The C-54, which was nicknamed Sacred Cow, as used once by FDR and became the executive transport for President Harry S Truman. The airplane is on display at the US Air Force Museum in Dayton (OH). 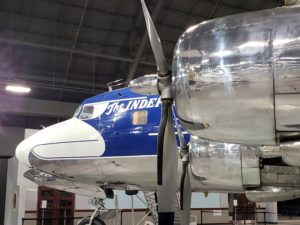 The Douglas VC-118 (the DC-6) succeeded the C-54 Sacred Cow. Used by President Truman, the airplane was named the Independence after Truman’s home town in Missouri. Photo by Scott Hamilton.

The Douglas DC-6 (C-118 in military designation and VC-118 in VIP) succeeded the slow, unpressurized C-54 Sacred Cow. The Eagle-inspired livery was initially suggested by Douglas to American Airlines, which rejected it. Truman liked it. This airplane is also at the USAF Museum in Dayton. 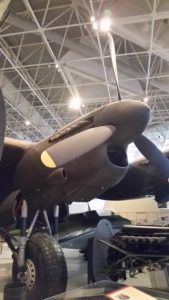 The Rolls-Royce Merlin engine powered the British Lancaster heavy bomber used in World War II to bomb Germany. The airplane is on display at the Canada Aviation and Space Museum. Photo by Scott Hamilton.

The British Lancaster heavy bomber was used by the Royal Air Force in its bombing raids against Germany in World War II. The RAF bombed by night. The US Army Air Corp. bombed by day with Boeing B-17s. 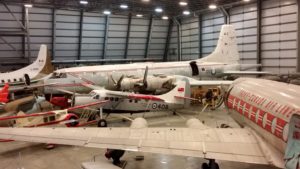 The Vickers Visount (right) and Bristol Yukon (back center) are displayed at the Canada Aviation and Space Museum. The tail of a Convair 580 is at left and a de Havilland Beaver is in front of the Yukon. Photo by Scott Hamilton.

The Vickers Viscount, a British airliner, was a rare European success in the global competition with the United States for commercial airplanes. The Viscount was the first passenger jet-prop, with 444 ultimately sold. Trans Canada Airlines (now Air Canada), Capital Airlines and Continental Airliners were North American operators. United Airlines inherited the Viscounts when it acquired Capital.

The Bristol Yukon was the military version of the Bristol Britannia. The Britannia was developed initially as a piston transport but jetprops were installed prior to test flights. The Britannia entered airline service as a jetprop.

But the Yukon used piston engines and was operated by Canada’s air force.