Feb. 14, 2021, © Leeham News: Air Force One is, after the national flag, the most recognizable and prestigious symbol of the United States.

NatGeo was granted unprecedented access to the development of the new airplanes, two Boeing 747-8s, that will replace the 30-year old 747-200s that serve as Air Force One.

The hour-long program gets an inside look to the conversion of two white-tail 747-8s to The New Air Force One: Flying Fortress. 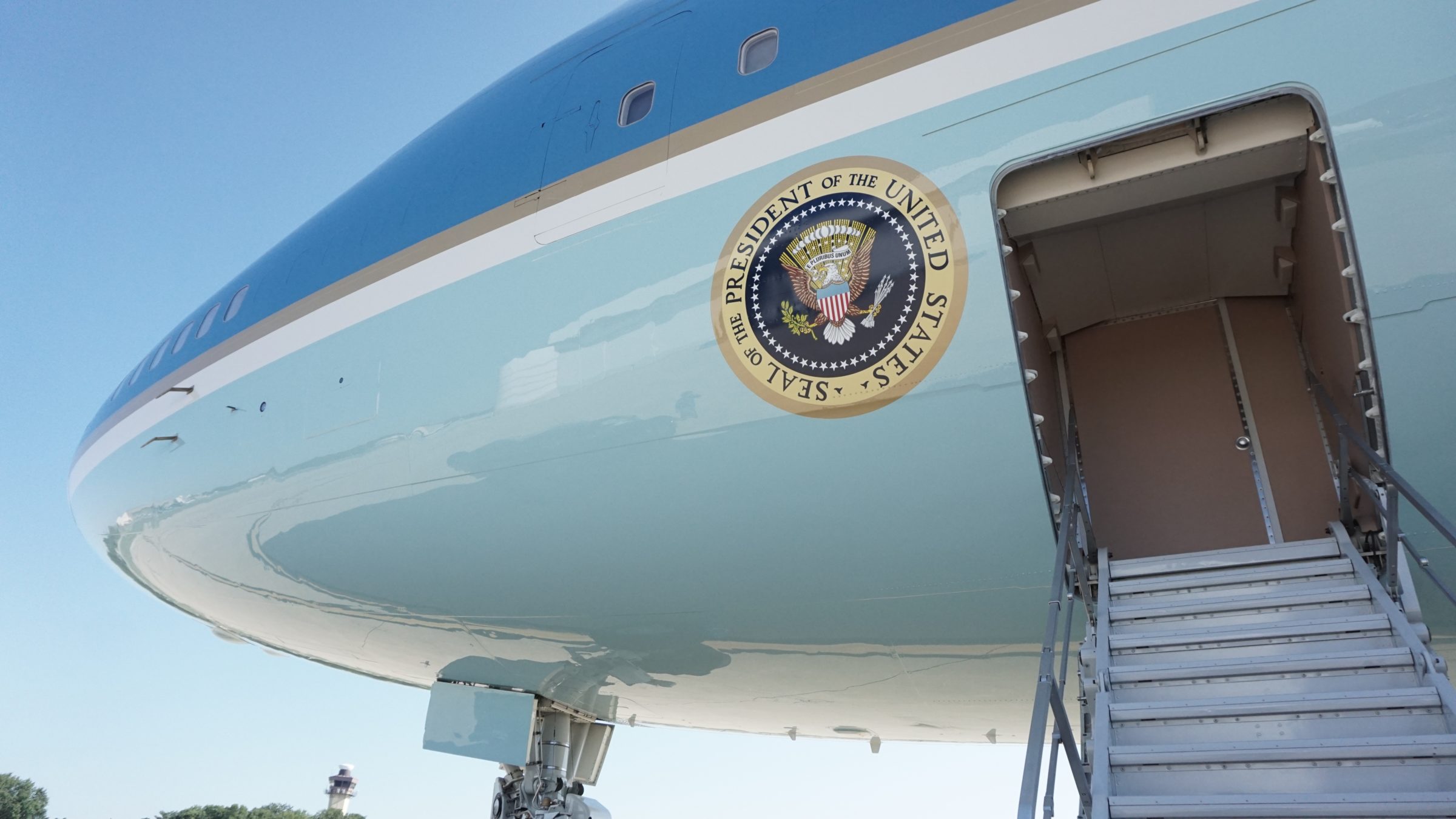 I think the title is somewhat confusing. Boeing’s B-17 Flying Fortress is famous through the ages. When I first saw the title in an email pitch to preview the program, I thought of the B-17. (I guess I’m showing my age.) Air Force One, to me, is the Flying White House.

Regardless, once the program gets into the conversion, “Flying Fortress” becomes evident. The new airplanes have defenses against air-to-air missiles and shielding against nuclear emissions that could render electronics useless. The current AF One has these as well, but context connects the title.

Boeing is converting these whitetail civilian airliners, built for the defunct carrier Transaero. One million feet of new wiring and cables will be installed with shielding against those nuclear emissions. A state-of-the-art medical-surgical operating room will be installed. These are more advanced and more capable than the infirmary on the current airplanes.

Better accommodations and a state-of-the-art galley capable of serving up to 2,000 meals over a presidential trip takes over from a cramped one on the current AF Ones.

The new airplanes have 5,000 square feet of space, much more than the current fleet.

There’s a lot about the new airplanes NatGeo was not permitted to see due to security concerns. And in some segments, NatGeo is upfront that security dictated what could be revealed, with one employee asking on camera what he could say.

NatGeo provides a little history of Air Force One (though the presidential flights weren’t so designated until President Eisenhower was nearly in a mid-air collision due to confusion over the call sign with a commercial airliner). The first airplane specifically designed for the president was a Douglas C-54, specially equipped with an elevator for President Franklin Roosevelt.

There is archival footage and photos of Lyndon Johnson sworn in as president following the assassination of John F. Kennedy and of President George W. Bush following the 9/11 attacks. Bush 43’s father, George H. W. Bush (Bush 41), was the first president to use the current 747s. Footage shows his tour through the new presidential jumbo.

Transitioning to the new planes

NatGeo interviewed Donald Trump for this special. Typically, Trump makes the interview about himself rather than the history of the airplane. He boasts that he canceled the original $4bn contract for purpose-built 747s and alleged he saved more than $1bn in renegotiating the contract. NatGeo reports that the current project will cost $5.3bn. Trump also boasts about his redesigned livery.

The Biden Administration hasn’t said whether it will retain the Trump livery or the iconic design created by the famous Raymond Loewy and overseen by Jackie Kennedy. This powder-blue livery adorned every Air Force One since 1962.

Two years of flight testing will begin after the conversion of these civilian airliners. Entry-into-service is slated for 2024, the last year of President Biden’s first term.

For a comprehensive history of Air Force One, see The Flying White House, by J. F. ter Horst and Col. Ralph Albertazzie. The latter was captain of Air Force One for years. Published in 1979, there are some copies available one Amazon.

97 Comments on “Pontifications: The New Air Force One: Flying Fortress”