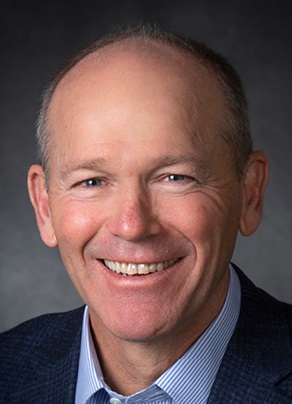 May 3, 2021, © Leeham News: The Next Boeing Airplane (NBA) will not be driven by propulsion. Rather, a transformation in design and production to dramatically lower the cost will be the driving factor.

At least this is what Boeing CEO David Calhoun said last week in his final remarks on the 1Q21 earnings call.

While brief on this topic, his remarks are the most expansive yet in the public domain by a Boeing CEO or CFO.

LNA first was tipped to the importance of an entirely new approach to production years ago. That’s when a Boeing corp com official said the proposed Middle of the Market Airplane would be as much about production as it would be about the aircraft. LNA’s investigation subsequently revealed Boeing’s effort to revolutionize its engineering and production under the code name Black Diamond. LNA was the first media to write about this in detail. Even today, few recognize the code name.

The question that prompted Calhoun’s response was the last one of the 1Q earnings call.

Hunter Keay of Wolf Research, following up on an earlier question posed by Bank of America analyst Ron Epstein, honed in.

“What’s next and how [is it] less dependent on the propulsion package?” Keay asked. “What is this going to involve from a product perspective but also from a manufacturing perspective?”

“Most often when a new airplane is developed by either side, it is usually developed around a propulsion package that offers 15% to 20% improvement with respect to efficiency versus the one it’s displacing. That’s the way it’s happened over a long period of time,” Calhoun said.

“I don’t believe the next generation of an engine can deliver that kind of performance. Therefore, whatever cost-efficiency ultimately and whatever performance advantages are derived from the next airplane in my view are going to come from the way it’s engineered and the way it’s manufactured. All [will be] with a focus on a lower cost per seat when we get it to the marketplace. And, yes, [it will have] a more sustainable package with respect to the environment.”

Calhoun said he likes the pressure this puts on the manufacturers.

“We’ve invested in composites in our platforms for a very, very long time,” Calhoun continued. “The learning curves associated with getting efficient at composite development are significant. I believe Boeing has a huge advantage on that front. How we bring that engineering modeling, the composite development work that we’ve done over these years, and the quick, simple assembly like we’ve demonstrated with the trainer airplane and other defense programs” will be applied to the NBA.

“We have to do it at scale, and we have to prove to ourselves we can do it at scale,” Calhoun said. “But in my view, those are going to be the advantages for the next airplane that gets developed. And I just love where Boeing is positioned on that front when the time comes.”

Calhoun believes Boeing’s experience to date and research and development on these new processes place it well ahead of Airbus.

But the European rival isn’t standing still. There are few deep secrets in aerospace and Airbus is well aware of what Boeing is up to.

Additionally, the Clean Sky project posted a video of an Airbus official explaining one new method it is studying building, stuffing, and mating fuselages using thermoplastics and new mating procedures. It’s like a Boeing method LNA first learned about several years ago.

A text description of the Airbus video is here.

“”We’ve known for a long time that the benefits of weight reduction and the lowering of recurring costs in aircraft production — when using thermoplastic composites — can only be achieved by the integration of several disciplines,” said Airbus’ Ralf Herrmann, Airframe Research & Technology Typical Fuselage. “This means that focusing on the structure alone cannot achieve the full benefit of composite technology, we need to collaborate from the start on several levels with systems experts and cabin experts, and we need to apply new disruptive ideas and integrate them across the functions. Doing so will enable us to really leverage the opportunities of these several disciplines into one combined technology.”

The method would allow Airbus—and Boeing—to produce at least 60 large passenger aircraft a month. In 2011, the inability of Boeing to figure out how to achieve this high rate is one reason the OEM launched the re-engined 737 program, now called the MAX, rather than a new, light-weight twin-aisle airplane that later resurfaced as the MOM/New Midmarket Airplane.

The MOM/NMA is the airplane the Boeing corp com person said was as much about production as it was about the airplane.

Although Calhoun only touched on sustainability, the Clean Sky-Airbus article noted the new technique could take one ton out of the airplane and reduce recurring costs.

“This, in turn, would bring significant fuel-burn reductions — and therefore reduction in the CO2 and NOx footprint — by substantially reducing the overall aircraft energy consumption due to lower weight systems and improved system architecture integration,” the Clean Sky piece says.

“Underpinning all this is the application of Industry 4.0 opportunities including design for manufacturing and automation, sensorization, and data analysis to demonstrate desired manufacturing cost effects,” Clean Sky writes.

Bank of America’s Epstein, whose question prompted Keay’s and Calhoun’s reply, remained skeptical in a research note published the day after the earnings call. Epstein was a Boeing engineer before becoming an aerospace analyst.

“However, while structural cost actions are clearer, management has failed to explain how engineering fits in this effort,” Epstein wrote. “We think a re-focus on engineering excellence is particularly critical for Boeing as it faces not only product development challenges on many of their major programs (737MAX, KC-46, 787, 777X, Starliner, VC-25B), but also a disadvantaged narrowbody product offering compared to Airbus.”

← Pontifications: Long road ahead, but Boeing will recover
Uneven financial challenges among OEMs →

One Comment on “Calhoun says next new airplane isn’t about engines, it’s about production”