Bjorn’s Corner: The challenges of airliner development. Part 4. How safe is safe?

May 21, 2021, ©. Leeham News: After giving an overview of the types of certification rules last week we now describe why the rules can vary so much between projects.

We cover some general concepts around acceptable levels of safety that influence how the regulations get applied to specific projects. 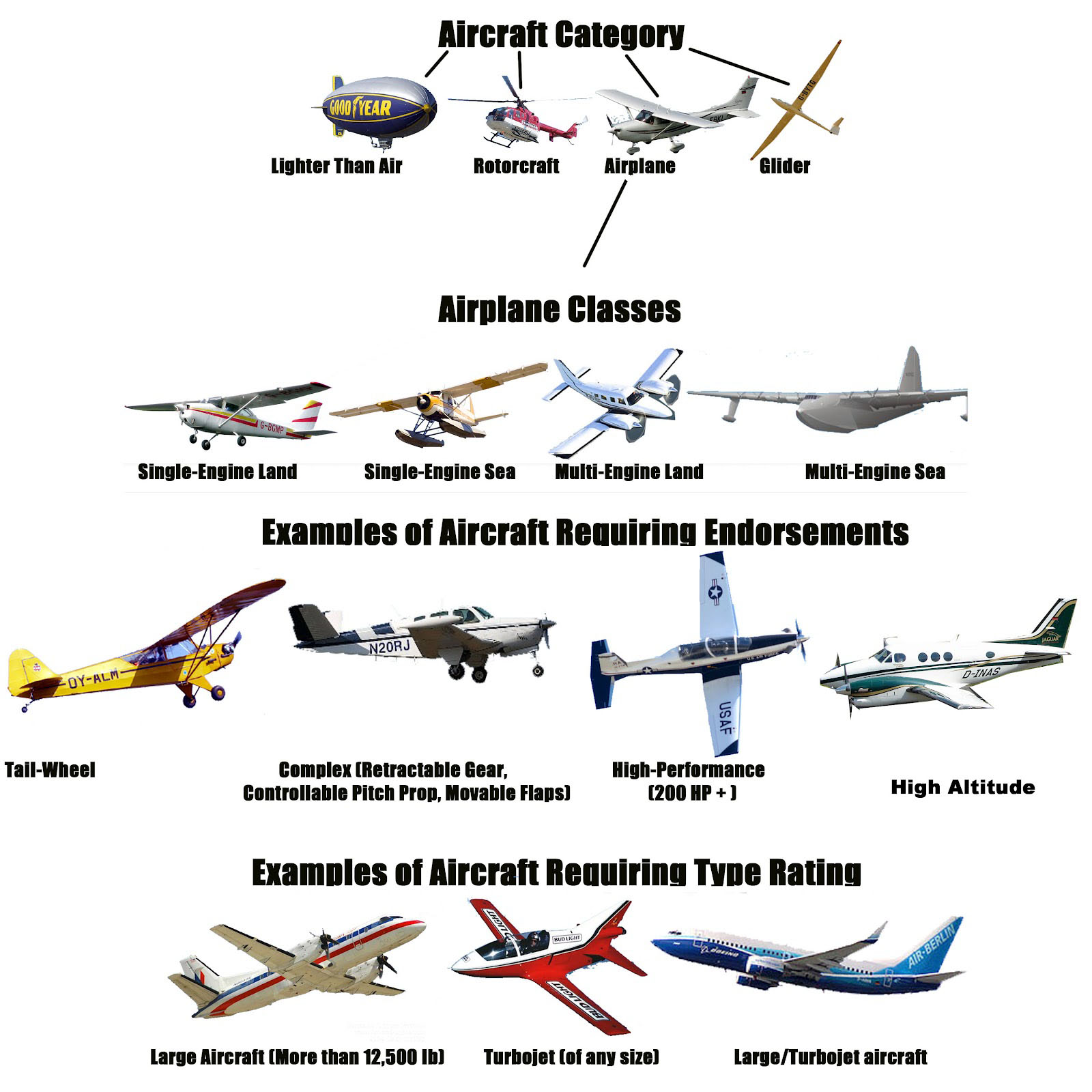 When trying to understand the range of rules that can apply to an aircraft development program, it is important to first recognize that safety is a continuum, not just a binary concept. The governing bodies, including regulators and industry bodies, generally strive to keep aviation risk “As Low as Reasonably Practicable” (ALARP).

There is inherent risk to flight that must be accepted to achieve the operational intent of a vehicle, but the regulations seek to minimize that risk without compromising the ability to achieve an operational capability desired by the public.

The regulators also recognize that the public acceptance of risk varies — we care much more about an accident involving a large twin-aisle airplane than a small helicopter (well, unless there is a celebrity onboard).

To account for this the regulations attempt to balance the level of risk against the level of practical avoidance & mitigation of that risk, which results in a different level of expected reliability and safety for different product categories. This is similar in many ways to ground transportation. No one expects riding a motorcycle to carry the same risk as riding a bus, and indeed that is the case, as a 2013 study by Northwestern University noted a motorcycle fatality rate in the US of 212 deaths per billion passenger miles vs. 0.11 deaths in bus operations. Of course, commercial aviation is still king with a rate 36% lower than buses.

A clear example of this use of regulation to manage safety risk can be seen in the recent EASA Special Condition for VTOL aircraft. In the figure below you can see the general system safety guidelines based on the size and operational regime of a VTOL aircraft on the left, and the decreasing risk tolerance that must be applied as you move rightward (higher consequence) and upward (larger). 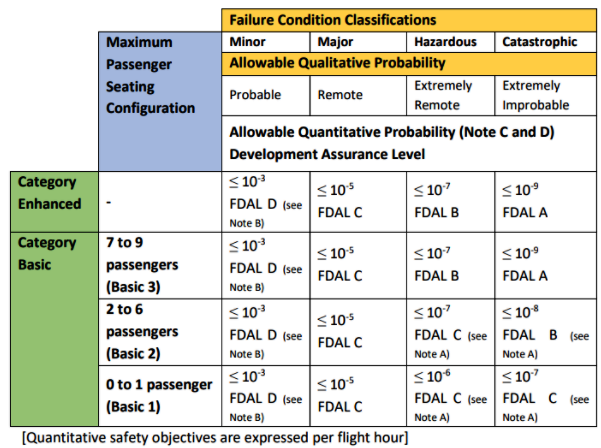 Simply put, the one-in-a-billion (per flight hour) failure rate expectation that is applied to individual catastrophic failure conditions in a large transport airplane is neither practical, nor necessary, for a small single passenger general aviation vehicle that cannot accept the weight and cost impacts of ultra-high reliability and redundant systems. This same logic is applied to targeted regulations in addition to general safety levels. Drawing again from EASA’s VTOL rules (VTOL.2250), smaller aircraft are only expected to perform an emergency landing after impact with a 1kg bird, while larger UAM, or commercial passenger operations require the vehicle to achieve continued safe flight and landing.

Knowing these expectations & categorizations when choosing how to size and configure your vehicle can be a key factor in whether you will be able to meet the certification rules and enter into service. On the flip side, figuring out what the public acceptance of risk looks like for new and innovative products — from electric to supersonic aviation to autonomous drones — is one of the great challenges facing today’s regulatory bodies. An autonomous passenger drone as safe as a 777 may be impossible with today’s technology, while one as safe as a motorcycle could be right around the corner.

In the next Corners, we describe some typical projects and show how the rules are applied — and adjusted — to their size and complexity.

37 Comments on “Bjorn’s Corner: The challenges of airliner development. Part 4. How safe is safe?”