April 11, 2022, © Leeham News: Airbus removed nearly all A330-900s from its backlog to AirAsia X, finally acknowledging what the industry knew for years: this deal was toast, even before the pandemic burnt it.

There are also A350-900s for Aeroflot that now no longer can be delivered. 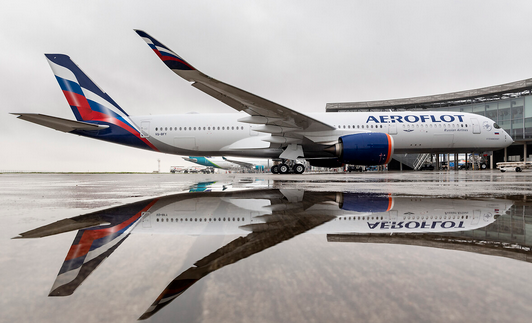 Despite the widebody marketing being in the dumps, likely for another couple of years, don’t fret about these lost orders. According to market intelligence, Airbus has perhaps three campaigns for the A330neo that may jell within the new few weeks or months.

And the Aeroflot A350s may have a home sooner than anyone would think. Furthermore, some may wind up going to a customer with orders for the Boeing 787 that are in limbo because of the 18-month suspension of deliveries.

Furthermore, Airbus is quietly working to consolidate its dominance in the single-aisle market as the COVID pandemic continues to wind down and Boeing has challenges ramping up its 737 production—and certification of the 737-10 MAX by year-end seems slipping. The ramifications of this slip could be profound.

After the March orders and deliveries tally, Airbus now reports a total of 246 orders for the A330-900; 69 have been delivered. Air Asia X canceled 63 orders.

It is recalled that Airbus recently committed to increasing the production rate of the A330neo (and remaining A330-200 MRTTs) from two to three a month. The skyline quality was suspect since the inception of this program. Now, with the long-anticipated Air Asia X cancellation, the obvious question arises: how can Airbus go to a production rate of 3/mo and sustain it?

The answer, according to market intelligence, is at least three campaigns that could see about 60 of these orders recovered.

Aeroflot’s A350s may not wait too long to find a home, either. Market intelligence indicates that an airline that’s been waiting for Boeing’s 787s caught in the 18-month delivery suspension has been pitched by Airbus to take these aircraft.

Airbus believes it can sustain the A350 production at a rate of 4/mo. But this is a break-even rate. Officials are counting on the A350 freighter to give a boost to the program and the production rate. Air Lease Corp (7), CMA CGM (4), and Singapore Airlines (7) have firmed up contracts. But the big prizes of FedEx—which Boeing is pitching for the 777-8F—and UPS remain elusive so far.

In the meantime, Airbus is firming plans to take the A320 family production rate to 65/mo next year. The former A380 final assembly line building in Toulouse is being converted to an A321 FAL. This will be the first time the A321 will be assembled in Toulouse. Officials continue to plan for higher rates of 70 to 75 a month by 2025, though no green light has been given. The supply chain isn’t quite ready to commit to this higher rate. Airbus is also studying a rate of 80/mo.

Boeing wants to take the 737 production rate to 38/mo in January, followed by 47/mo in the summer and 52/mo by 1Q24. But the March 21 crash of a China Eastern Airlines 737-800 may upset these production rates, which depend in part on China accepting delivery of MAXes.

The crash remains under investigation. But LNA is told the initial flight data recorder readout suggests deliberate pilot inputs into the controls. This translates to a pilot suicide event, something the Chinese government will be loath to acknowledge. The short leveling off at about 8,000 ft. is viewed as a struggle in the cockpit.

Meanwhile, certification of the 737-10 by the goal of year-end is in jeopardy. Based on the pace of the certification process, hitting the goal appears to be a long shot. If certification slips past Dec. 31, and Boeing doesn’t get an extension, all bets are off as to when certification will be achieved.