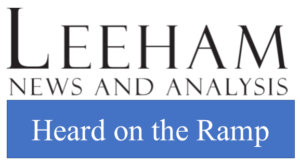 Oct. 17, 2022, © Leeham News: The G-7 meeting among the leaders of world’s top countries is next month. There were hopes that the USA’s President Biden and China’s President Xi would meet privately to work out some of the differences between the two countries. Resolving key differences is viewed as key to Boeing’s relationship with China.

The private meeting now is questionable. Biden last week imposed additional sanctions on the microchip industry. China is dominate in this sector. Beijing is now stonewalling setting an agenda for the Biden-Xi meeting.

Easing tensions between the US and China is crucial for Boeing. China historically accounted for between one quarter and one third of Boeing’s deliveries, depending on the year. There are more than 100 737 MAXes in storage built for Chinese airlines and lessors. (At one point, the number was 140. But lessors are allowed to accept deliveries, provided the lessee is not in China.)

Although China’s regulator, CAAC, recertified the MAX nearly a year ago, there were conditions required before the planes could return to service. Compliance has been slow. There were 97 MAXes in service in China in 2019, when CAAC became the first regulator to ground the fleet after the second MAX crash within a five-month period.

Boeing publicly decried the geopolitics between the US and China at one point as a roadblock that must be cleared.  Domestically, China’s passenger traffic remains suppressed in part because of the zero tolerance to COVID infections. Returning the MAXes to service isn’t prompted by the need for the aircraft. Still, there are signs the MAX may return to service soon. However, new deliveries remain in doubt and Boeing is now beginning to remarket the stored aircraft to other operators.

But the TPNG proposes economic improvements of 10%-15% over the legacy ATR and the De Havilland Canada Dash 8-400. This target isn’t enough, a former executive says. The capital cost and stagnant daily utilization requires much higher economic gains of at least 20%, he says. Assuming the PWC data is correct, the economic improvements of the XT-M narrow the targets announced by Embraer.

MHI RJ opened Phase 1 of a planned 100,000+ sf of space. It will be the largest MRO facility in the US, with six lines available for heavy maintenance. More importantly, MHI RJ is preparing for the day when CRJ maintenance declines as aging aircraft are retired. With the production line closed, inevitably the global support system for the CRJ will decline.

The new facilities are sized to service standard narrowbody aircraft.