Update: The Mobile Press Register has this story saying that the USAF won’t include the WTO dispute in the KC-X competition because WTO rules prohibit doing so while the case is pending–something we’ve been telling the doggone politicians since they started their campaign to include it.

While the drama over the 787 Line 2 siting dominated the news last week, there was some stuff happening on the KC-X tanker front.

Boeing released this video about its tanker program. Note that KC-767 is shown with winglets, which in airline service are improving fuel burn by more than 4%.

Northrop, meantime, not only has threatened to not bid (as we previously posted), it is pondering suing over the USAF release of the Northrop cost basis of the KC-30 in the 2006 competition and the inability to get Boeing’s cost-basis on the KC-767AT.

The Pentagon says it is open to revising the specifications outlined in the draft RFP.

Northrop says the DRFP favors Boeing because it is a price-based document even though the Air Force says this is a best-value competition. (We agree this is price-based, not best value. Whether this puts Northrop at a disadvantage remains to be seen.)

Boeing CEO Jim McNerney said on the company’s October 21 earnings call that Boeing is placing a lot of emphasis on the World Trade Organization’s Interim Report in which it is said the WTO found Airbus benefited from $5bn in illegal launch aid for the A330 (few people have actually seen the report so far). Boeing supporters believe this $5bn should be added to the Northrop/Airbus base price in the KC-X competition. McNerney essentially said he can’t compete on price if it is not. We don’t quite understand this: the 767 tooling should be totally amortized by now, which ought to give Boeing a heck of a price advantage over Northrop/Airbus, which plans to build an entirely new assembly plant in Mobile (AL) to put the tanker together, complete (we presume) with new tooling.

KING5 TV (NBC-Seattle) had a report last week that suggests Charleston’s win for the 787 Line 2 might help Boeing in the tanker competition because it will pick up Congressional support in South Carolina for its bid. We’re not so sure that Boeing didn’t already have this state’s Congressional support, so we think the siting of Line 2 there probably won’t have much influence.

At long last, the EADS/Airbus KC-30 MRTT destined for the Australian Air Force passed gas through its aerial refueling boom. According to Inside Defense, a headline says the KC-X requirement will force Boeing to retool its refueling boom (the article itself is available to paid subscribers only). 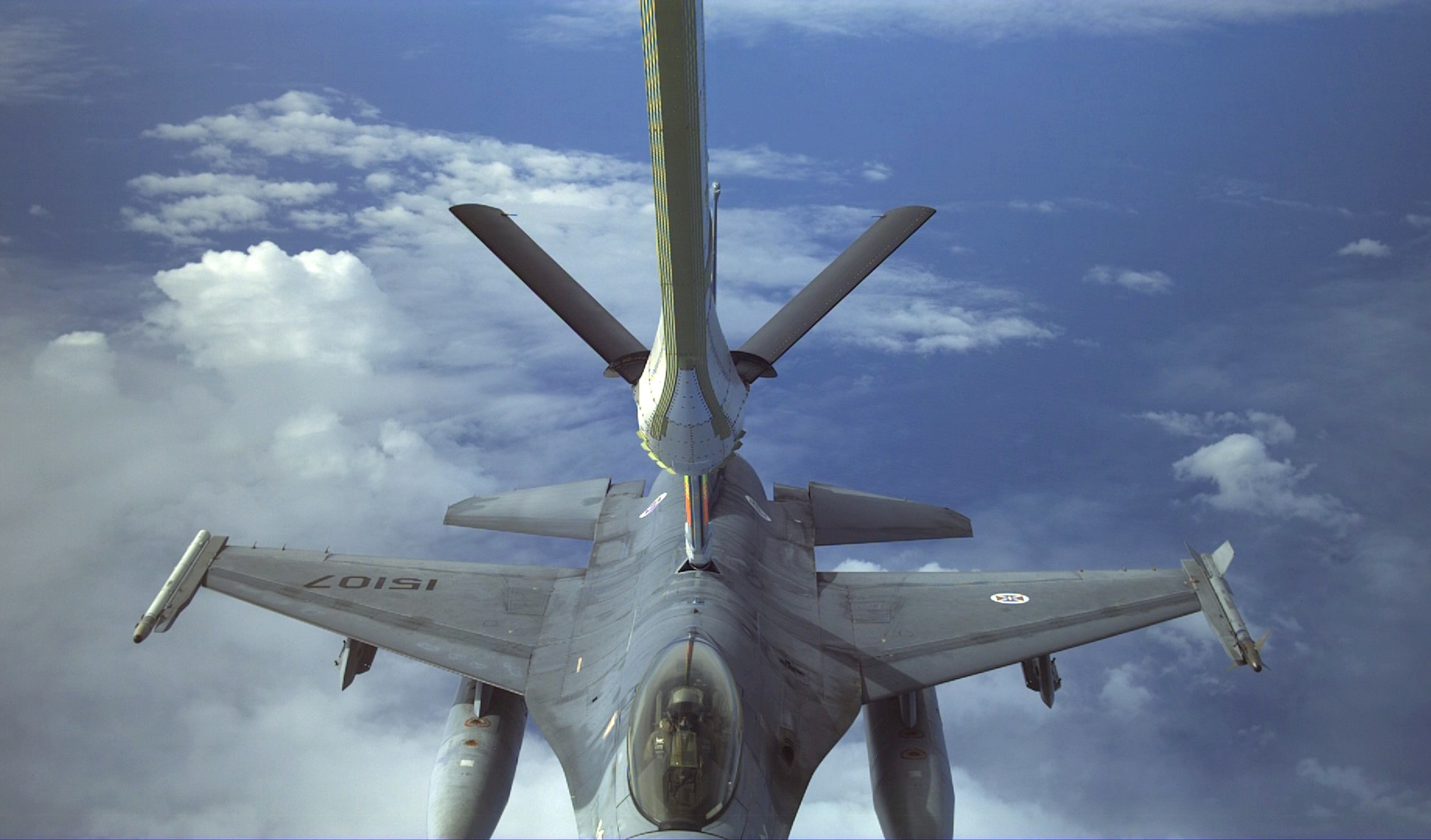 Photo: EADS, as seen via the closed-circuit TV system on the MRTT.

Boeing supporters Monday (November 2) signed yet another letter urging the Air Force to take into account the WTO Interim Report about Airbus. With the WTO still to issue its Interim Report in the EU case against Boeing “subsidies,” we continue to oppose a one-side inclusion of this issue. If this happened and Boeing won the contract on price, Northrop would have a ready-made protest that certainly would be upheld, and another year or more would go by while the KC-135s get older.

If Boeing and its supporters insist on the WTO Airbus finding being included, then let’s wait another 6-9 months for the WTO Boeing report to be issued. Only then will a “fair and open competition” be fair and open.

8 Comments on “Updating the KC-X competition”