777X decision due in October; where will it be assembled?

Lufthansa Airlines announced an order for the Boeing 777-9X, but the program hasn’t officially been launched yet. The Boeing Co. Board of Directors is expected to do so in October. Boeing doesn’t reveal the date of its board meetings, but they are typically toward the end of the month. Formal launch of the program is widely anticipated to come at the Dubai Air Show Nov. 17-21, along with major orders from Emirates Airlines and others. Emirates’ order is expected to be for both the 406-seat 9X and the ultra-long range, 350-passenger 777-8X, the latter providing Emirates with the long-sought ability to provide full payload, non-stop service between Dubai and Los Angeles. 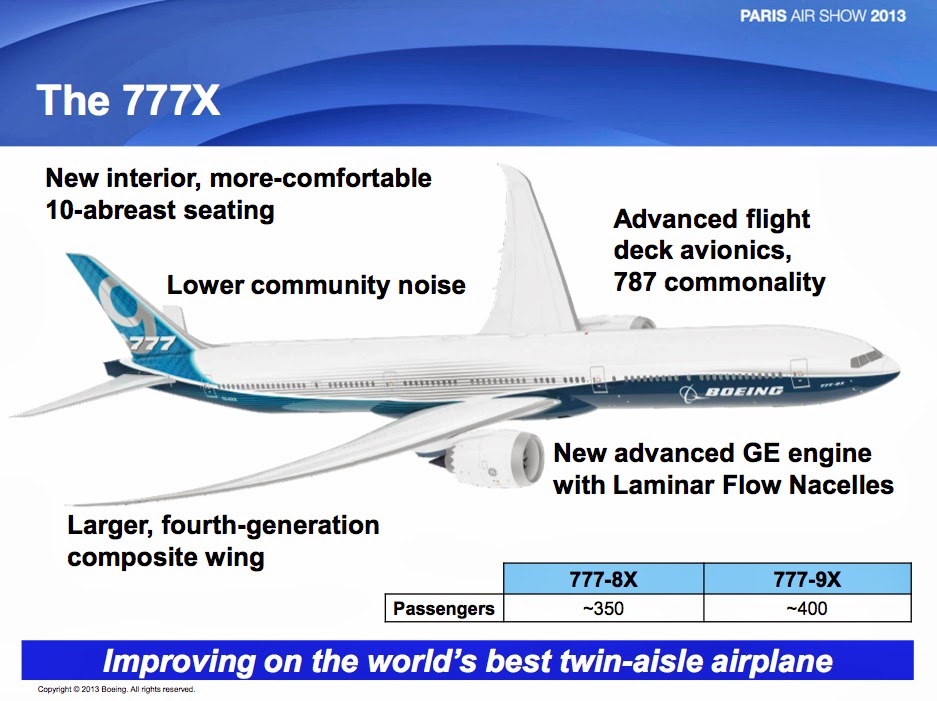 While launch of the 777X is a foregone conclusion, where it will be assembled isn’t. This is of keen interest to Washington State, where the current 777 family is assembled, and South Carolina, which is becoming a growing Boeing assembly site.

Boeing has purchased hundreds of acres of land in Charleston in multiple increments and now owns slight more land there than in Everett.

We believe Everett is the only logical place to assemble this derivative of an existing program, and there are many who think so, too. But there is a smaller group that thinks Boeing Chicago favors Charleston.

Here are the pros and cons of each:

There are more pros and cons that may be assigned to either site, of course. We believe, based on our sourcing, that Boeing Commercial Airplanes–headquarter in the Seattle area–favors Everett. The wild card is the disposition of Jim McNerney, CEO of The Boeing Co., who made the decision to put 787 Line 2 in Charleston despite a business case that favored Everett. The long-running disputes between management and IAM 751, the local of the International Association of Machinists that represents Boeing’s “touch” labor in Washington, was at such a low that McNerney selected Charleston over Everett.

Relations are better now, with a contract in place until late 2016 that provides production stability. But Boeing has systematically been moving union jobs out of Washington since it reached an agreement early this year with SPEEA, the engineers union. Jobs covered by SPEEA have been cut and work covered by the jobs cuts have been moved elsewhere. Chicago is clearly continuing its effort to shift jobs to non-union states and workforces.

Will the desire to move out of unionized Washington be the deciding factor?

For a derivative aircraft, we don’t think it makes sense. A clean-sheet, new design aircraft is a different matter.

Officially a decision on where the assembly site will be located isn’t said to be made until the first or second quarter. We hear the decision already has been made, but we can’t satisfy ourselves as to what the decision is. We think Everett will be the winner. But Jim McNerney’s antipathy toward unions is the wild card.

51 Comments on “777X decision due in October; where will it be assembled?”