Day 4 brings an expanded search area in the case of the missing flight MH370. This Wall Street Journal illustration shows the expanded areas.

That these areas are behind the intended flight path of the missing Boeing 777 is intriguing. It’s previously been reported that radar returns indicated the airplane “turned back” toward Malaysia before all electronic contact ceased.

The report that radar indicated the flight was “turning around” was ambiguous. We’ve not seen where along the flight path this turn supposedly took place, nor except for this sole report have we seen how much of a “turn” was undertaken. Aviation Herald reports the flight was headed on a course of 024 and “turned” to 333; this isn’t what we would call “turning around.” 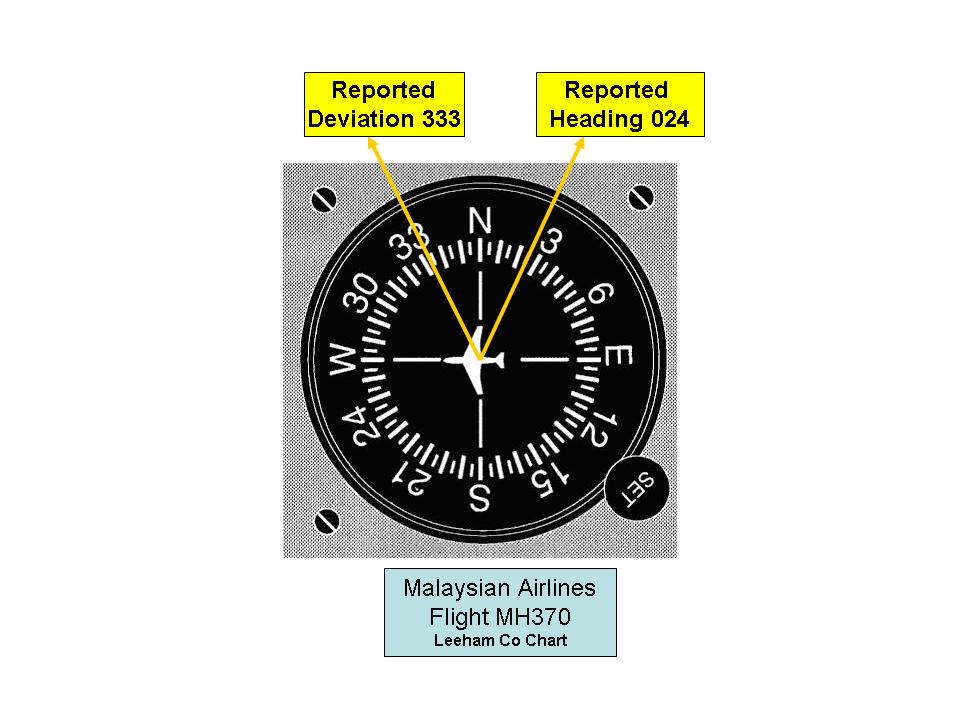 In our best armchair quarterbacking, we’ve plotted 024 and 333 on this map, which originated with The New York Times and which we heavily modified. 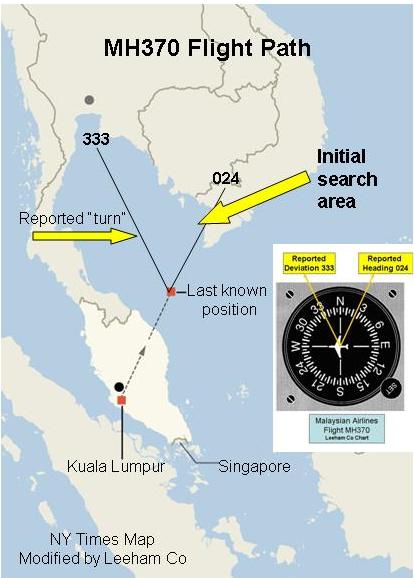 In the absence of further public information, the “turn around” seems to be misstated. The Aviation Herald cites Chinese radar. A map published in the Daily Mirror, below, shows a different flight path possibility and a new possible crash site, based on sighting some “debris,” which as we know may or may not have nothing to do with MH370. This location would make more sense for the “Chinese radar” than the previous focus of the Gulf of Thailand and would more or less be consistent with a course of 024. But it is important to note that the actual flight path, after the point of loss of contact some 40 minutes after take-off, is speculative. This map immediately above shows a flight path that is inconsistent with the last known position of MH370.

The current search areas causes us to wonder if primary radar contacts were made to lead investigators to believe going southwest is where efforts should be concentrated.

Flight Global recaps the causes of in-flight accidents here and it talks about the difficulty in technology for Search and Rescue missions here.

Some of our Readers wonder whether hypoxia is to blame. We don’t think so. This wouldn’t explain why the transponder and ACARS stopped transmitting prior to the turn.