In an industry where dull MBAs now dominate and the likes of Herb Kelleher have long since retired, Michael O’Leary is a breath of fresh air.

O’Leary, CEO of Ryanair, was in Seattle Tuesday for the delivery of the carrier’s 349th Boeing 737-800 and the first one of a massive 737NG order announced last year at the Paris Air Show.

O’Leary, wearing a set of 737 MAX winglets made out of 3D printing by Boeing engineers, nearly pranced around a crowd of Boeing employees before accepting delivery of the aircraft. 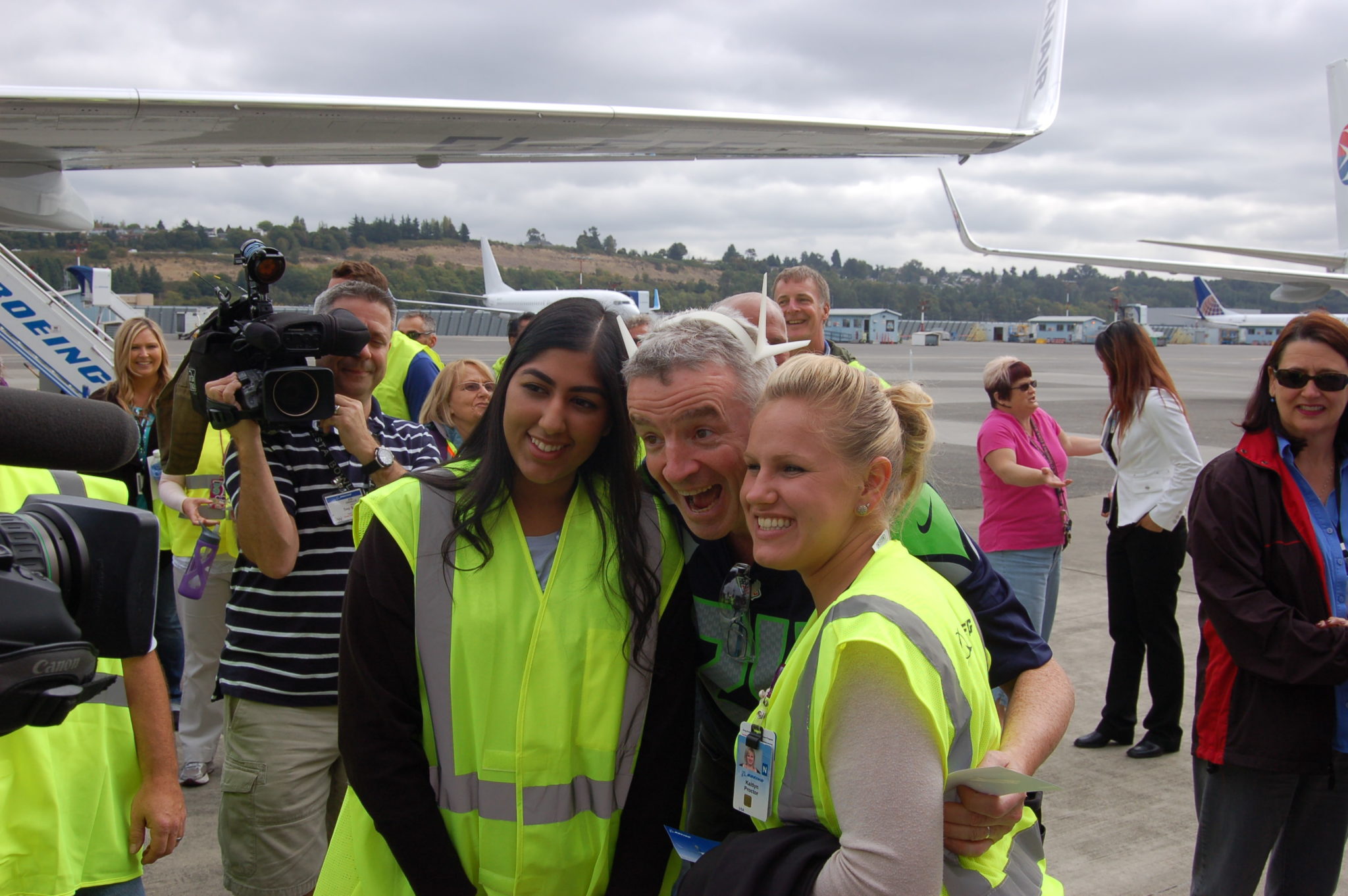 Ryanair CEO Michael O’Leary clowns around with Boeing employees at the delivery of the carrier’s 349th 737-800, 9/9/14. Photo by Scott Hamilton

“Every engineer said it couldn’t be done, 10 years ago, six years ago, five, four,” until Ray Conner became CEO of Boeing Commercial Airplanes, and it “can be done.”

O’Leary said the MAX 200 will be a “game-changer for low cost airlines.”

O’Leary, notoriously cheap and proud of the low prices he pays for his 737s,  complained that he had to pay a premium for the MAX 200, verbally poking Conner about making him pay more. 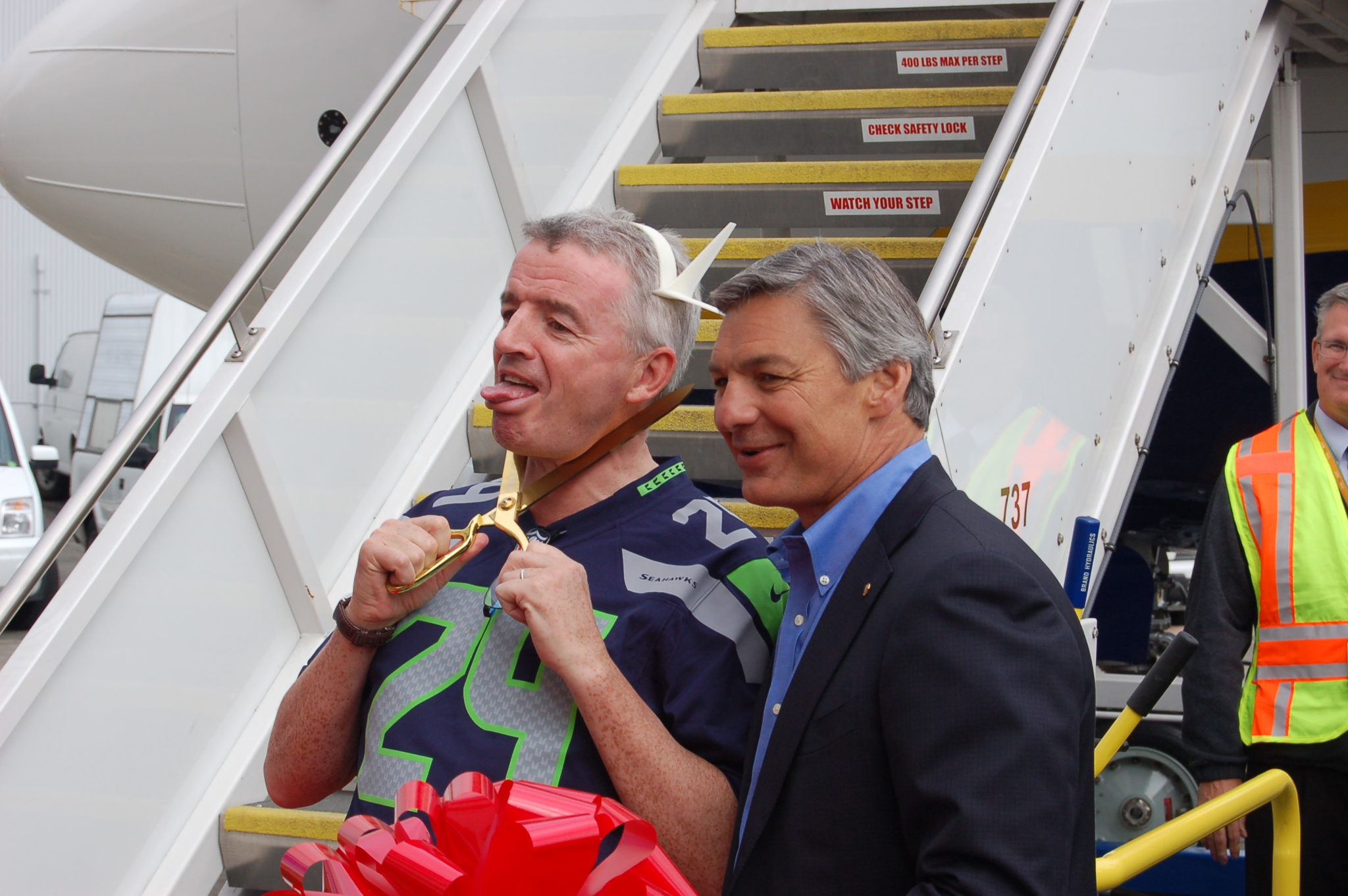 Ryanair began operations with six ex-Britannia Boeing 737-200s. It now has ordered more 737s than any other airline.