11 March 2016, ©. Leeham Co: We covered a bit on flight testing some Corners ago and the fact that test pilots like to fly in direct Fly-By-Wire mode for initial evaluation of the aircraft. There’s a lot to say about how an aircraft is controlled. I have experienced the significant shift from mechanical flight controls to Fly-By-Wire (FBW).

For the pilot, things haven’t changed that much for normal flying with the introduction of FBW, but for the aircraft manufacturer it’s a dramatic change. It changes the way how one works to get an aircraft to fly nicely within its whole speed and altitude register (called the aircrafts flight envelope).

We will cover the reasons for the changeover to FBW for commercial aircraft and what this enables in a couple of Corners. We will start with how the classical mechanical flight control gradually got itself into more and more complication and how this was solved with FBW.

In a subsequent Corner, we will look at how FBW enable us to fly the aircraft differently. We can with the help of FBW implement more sophisticated flight control laws, aimed at helping the pilot to a safer flight.

Figure 1 shows flight control systems as they started out. Wires connected the pilot’s hand and feet movements with the different control surfaces (movables) the aircraft had. This was sufficient for aircraft, which had a restricted speed and altitude range. This is still how private aircraft like the Cessna’s or Diamond’s are controlled, with direct wire or push-rod link between pilot and movable surfaces. 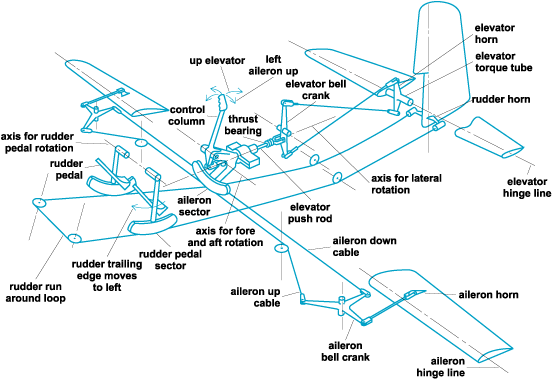 Figure 1. The classical control of the aircrafts control surfaces with wires and pulleys. Source: Google images.

As aircraft got faster and could fly higher, the classical controls were not adequate anymore. Initially the pilot’s muscle forces needed reinforcement with hydraulic boosters, but as speed increased, the gearing between the pilot’s movements of the hands and the elevator needed to be reduced at high speed. The large deflections that were necessary at low speed for take-off and landing were dangerous at speeds of 300-450 knots. Different mechanical gearboxes were introduced in the control path to reduce the ratio of deflection of the movable at high speed.

If the aircraft had any deficiencies in its flight characteristics, like a pitch up at certain flight situations or dangerous stall characteristics, stick pushers or other control modifiers were introduced. Then there was a need to attach the autopilots servos into the different control loops.

For systems with 100% hydraulic boost of the controls, artificial control feel had to be provided somehow, either with springs or servos. The result was that things got complicated as can be seen from Figure 2. 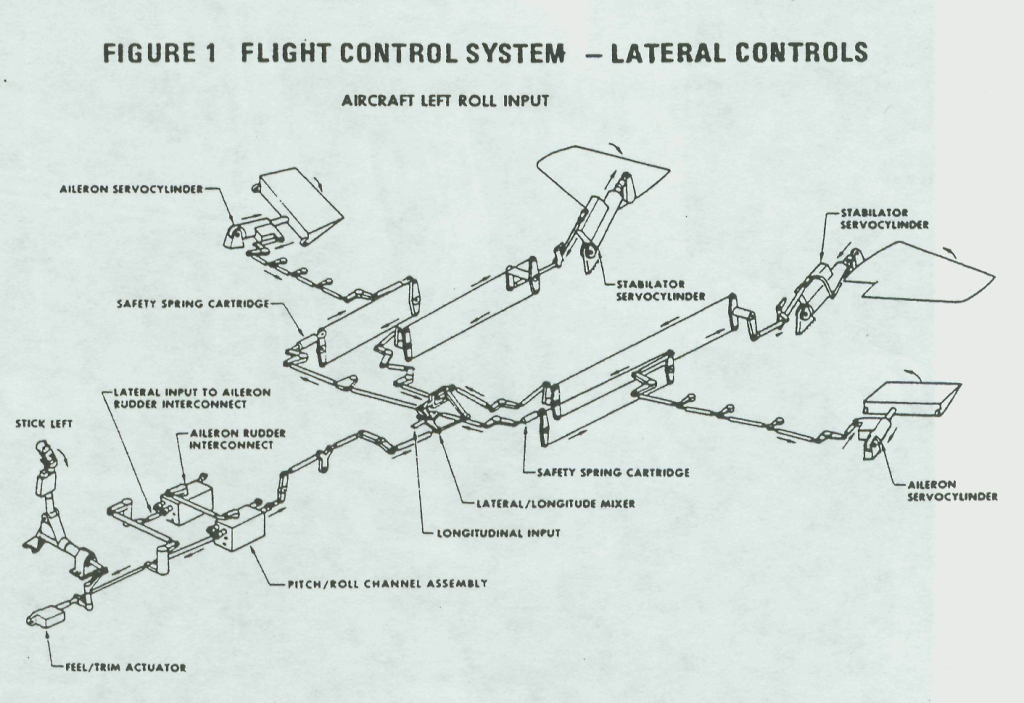 As military and commercial aviation matured after the Second World War, there was more and more understanding on how an aircraft should react and feel to the pilot. The result was certification standards that gave detailed prescriptions on what force should be demanded by the pilot for certain manoeuvres (not to high, not to low) and what aircraft behavior based on control input was acceptable.

It all got very complicated for the military aircraft and commercial airliners that should comply with all the requirements. Military aircraft started the trend to FBW controls, with Lockheed Martin F-16 being the first operational aircraft with FBW.

The first commercial aircraft that adopted FBW was the Concorde, in 1969. Its flight envelope put high demands on the flight control system and the French/British designers solved it with electrical signalling of the pilot’s commands to the servos for the movables, Figure 3. 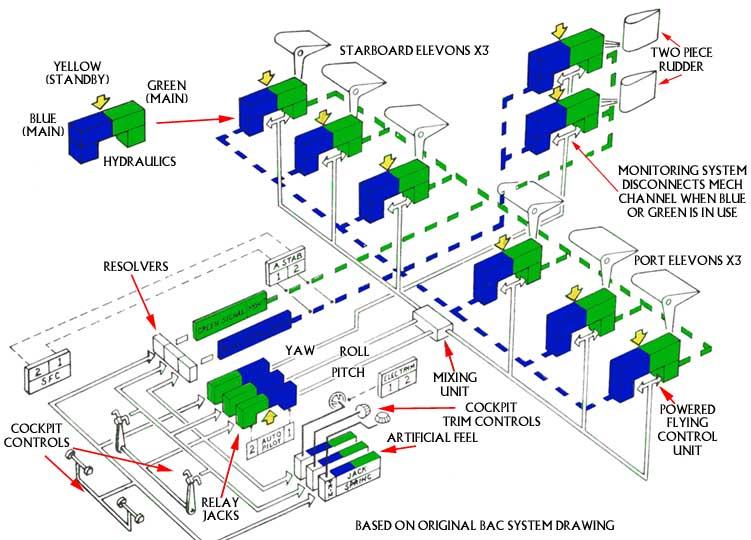 While Concord used electrical signalling to control the deflection of the movables of the aircraft, it did not introduce analog or digital computers to modify the signal to a larger extent. The electrical signalling was introduced to ease the mixing of the pilots inputs, the inputs of an artificial feel systems (for the pilots yoke/pedal feel), a flight characteristics augmentation system (a damping system) and finally the autopilot.

Intelligence in the form of analog of digital computers that could modify the control signals based on a multitude of flight parameters were introduced in the late 1980s with the Airbus A320. With these in the control loop, more sophisticated control functions could be introduced, something we will cover in the next corner.