06 April 2016, ©. Leeham Co., Hamburg, Germany: On the second day of the Aircraft Interior eXpo, AIX 2016, we checked out the In-flight Internet situation. What interested us was why is there such lousy Internet performance on many airlines today and what will be done about it over the next few years. We got a good picture on why things are as they are and how this will change within quite a short time.

Rather than go through what a lot of vendors will do, we will try to describe the root problems involved and what is done by the industry to change that. We will also mention some of the key players that are attacking the subject.

But let’s start with the problem. Figure 1 shows where the world’s main airline routes are right now. 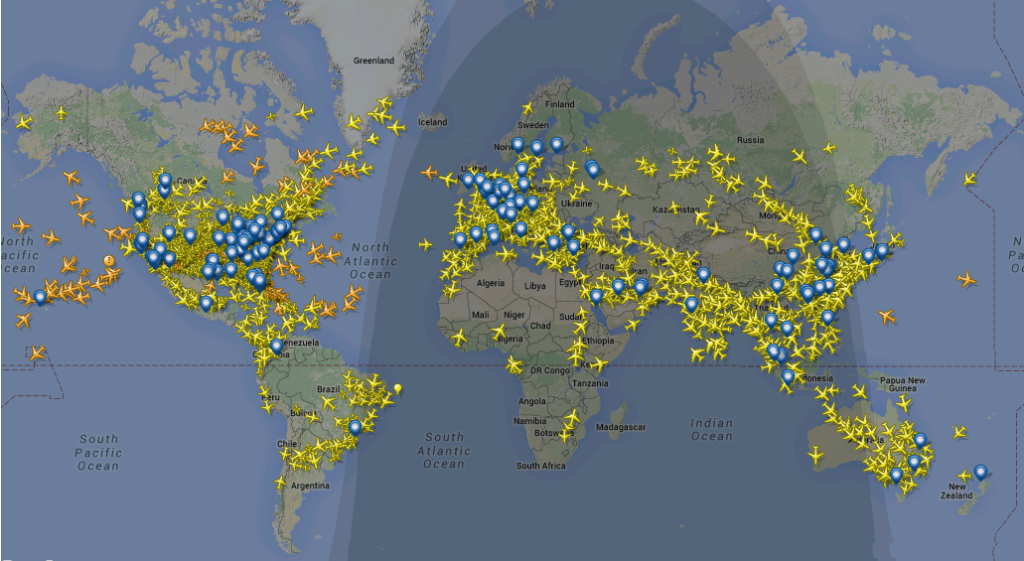 As can be seen, the world air traffic is not very evenly distributed. One third of the world has intense traffic and two-thirds not so much or none at all.

The picture is a world-wide overview. Should we zoom in the major airports and large airline hubs we would see these are very congested with aircraft and that it quickly thinned out outside of these.

Now imagine that 25% of the aircraft had on average 150 of their passengers that wanted to be on the Internet during their waking hours. The bandwidth that needs to be provided to the aircraft depends very much on what activity will be supported by the in-flight WiFi network, Figure 2. 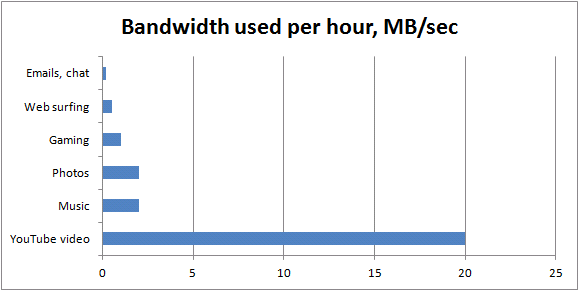 So the actual bandwidth that the aircraft is needing is much dependent on what activity works during flight and one can understand if Video would not be supported by an airline system. It would destroy the experience for all other activities. The passengers should use the aircraft’s In-Flight Entertainment (IFE) system for video content until systems are available that can support that several of the passengers want to watch their Internet-based favorite video services.

Internet activity by the passenger is also dependent on the time of day. Activity is high during 07.00 to midnight and goes low during the body’s sleeping hours. The In-flight Internet demand follows the night shadow in Figure 1 with a delayed start on the western border by about six hours.

The first generation systems which are out there now almost universally build on using Satellites that were sent up for other purposes, like general communication or SatTV services. Free capacity on these satellites is now rented for In-Flight Internet by the providers. Typically these Satellites have a broad beam covering large areas (in the picture one for each major Geo) with a relatively low bandwidth, perhaps 2-4 Mbits/s per beam, Figure 3 (your DSL service is that fast per household). 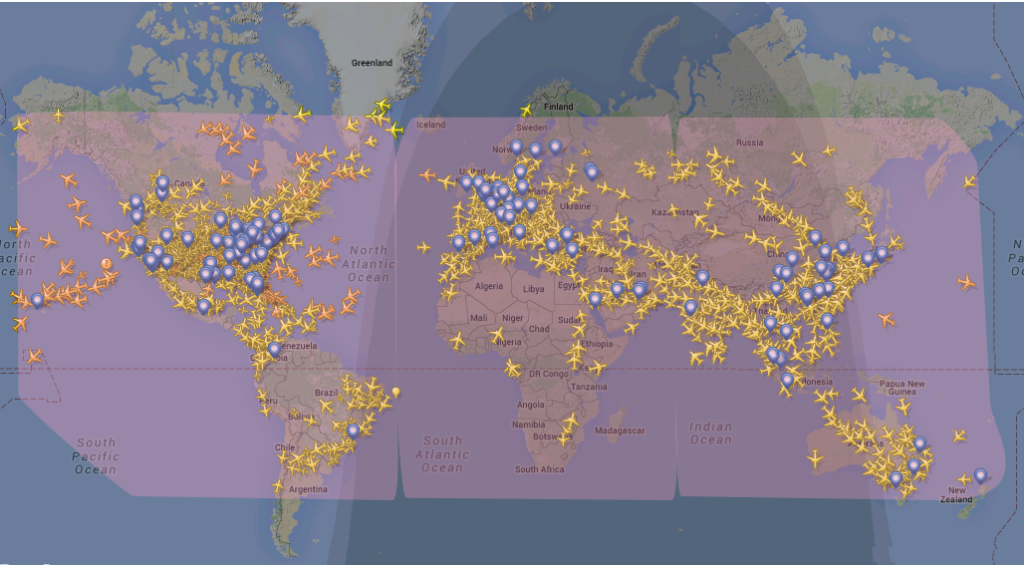 The beams typically have areas that they do not cover very well and they have no means to increase coverage at congested areas like around large airports or their hubs for an airline with In-flight Internet.  In these hot-spots, it gets crowded and when a lot of aircraft demand bandwidth from the same Satellite beam the system jams; the wait symbol goes on in the aircraft.

There are principally four ways to increase capacity to the aircraft: 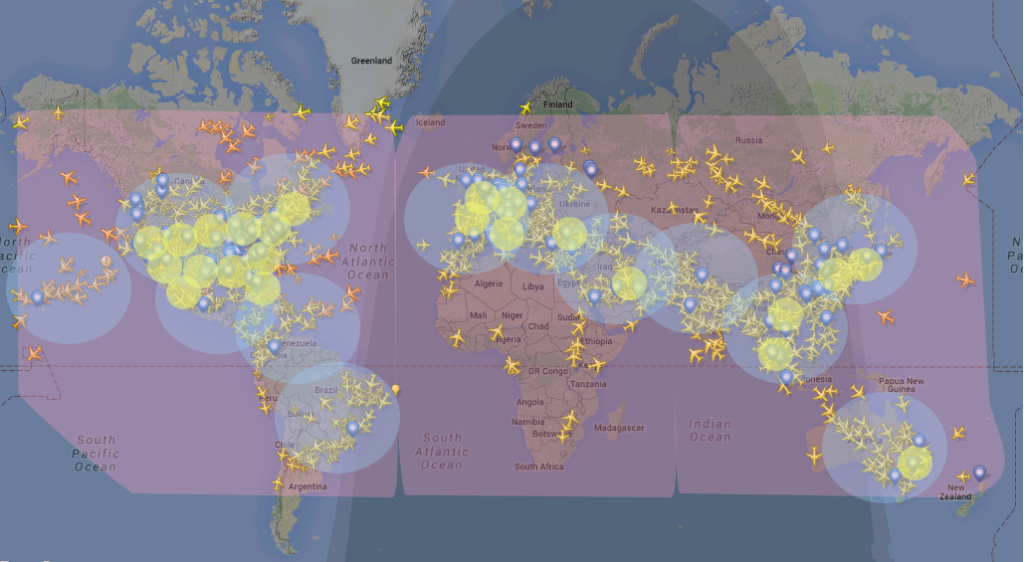 The dividing up of the beams is similar to how cell-based mobile phone systems divides areas into mini, micro and even pico cells (shopping malls or city centers). It’s all to get a manageable number of clients in the cell/beam so that the systems can handle all clients with an adequate quality of service.

When will the better Internet be there?

All the vendors I talked to (Panasonic, Thales, GEE, GoGo, ViaSat, Inmarsat….) agreed that it will not take long to improve. Things will brighten up considerably come 2018 and by 2020 the type of Satellite systems shown in Figure 4 will be on-line.

There is much more to In-flight Internet than what is described here. This is just to explain why the experience as a passenger can be under-whelming today and that things will get better. The rest of the story I let to be told by specialist like Runway Girl Network.