08 April 2016, ©. Leeham Co: Two weeks ago we discussed the advantages of a Fly-By-Wire (FBW) system which uses feedback based flight laws. We discussed the fact that aircraft OEMs can get the desired FBW handling characteristics with smaller horizontal tail surfaces. I put forward the Embraer E-Jets as an example where the change of FBW principle allowed a 26% reduction in the horizontal tail size for the E2 generation.

At the time there were some debate on how this was achieved and what the root cause of the improvement was. Embraer followed the discussion and told me when I contacted them that my information was correct. In the interest of our readers, Embraer agreed, however, to have their FBW team to give a more complete picture of the advantages of a feedback based FBW.

Here is the team’s response.

Gains with feedback based FBW in the pitch channel

Figure 1 shows the Embraer E-Jet E2 Center of Gravity (CG) envelope with an open loop FBW (an open loop FBW behaves like an electrified classical control system and is used on Embraer’s E1 generation) and with their new feedback based FBW for the E2 generation. 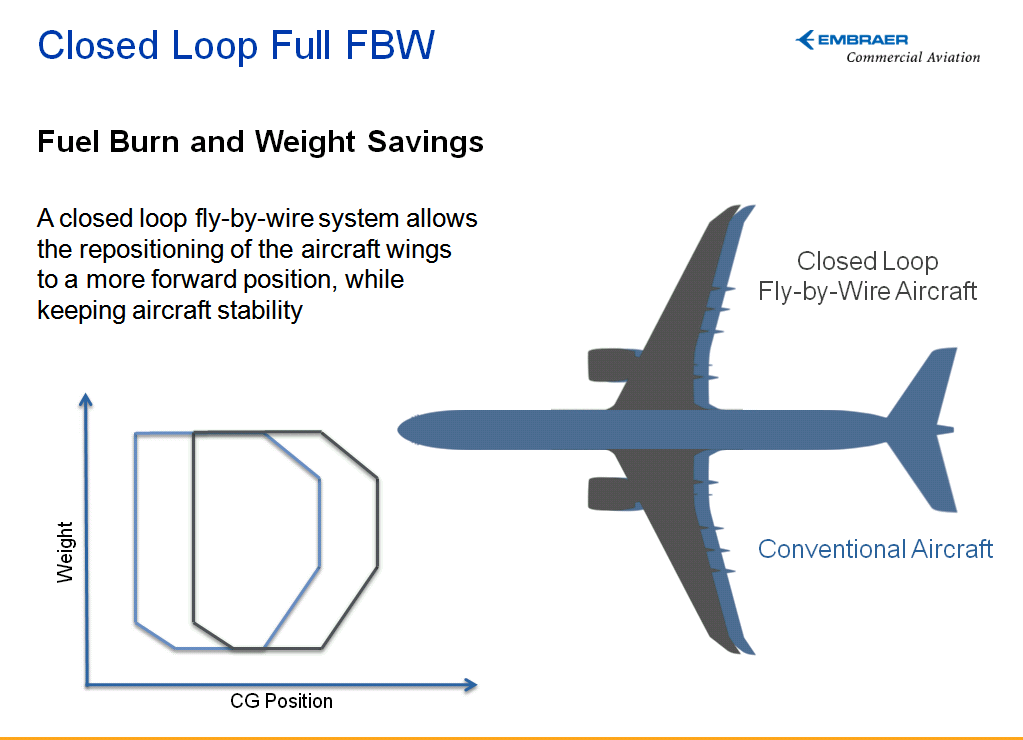 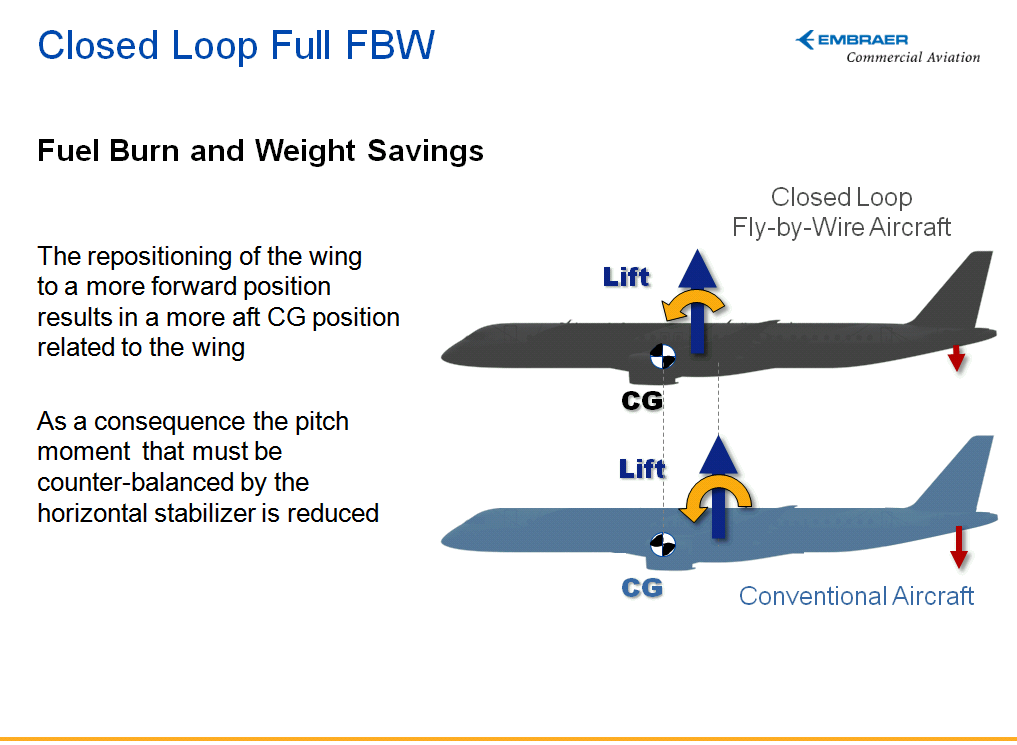 The result of a lower moment is that the counterbalancing capability of the tail can be reduced. This then allows the horizontal tail size to be reduced, Figure 3. 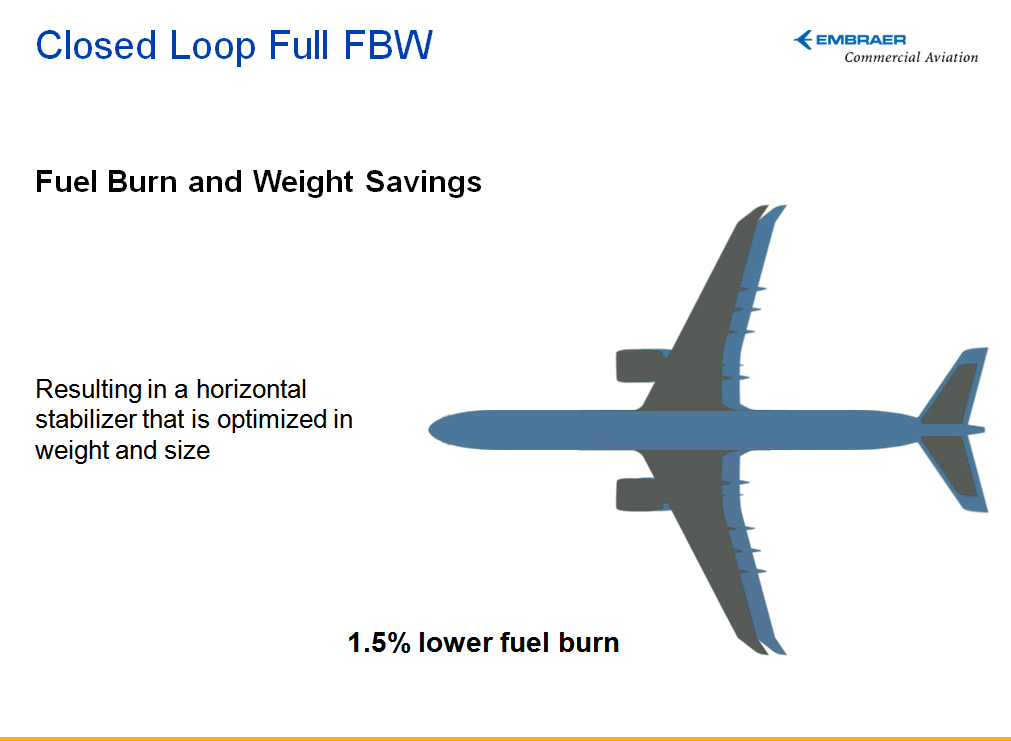 As the pitching down moment gets reduced and horizontal tail size gets smaller, two positive effects results:

The total result of the change from an open loop FBW on E-Jet E1 to a feedback based FBW for the E2 is that the fuel consumption of the E2 is reduced by 1.5%, everything else being equal.

← Inflight Internet
Pontifications: Catching up on the KC-46A, KC-30A →