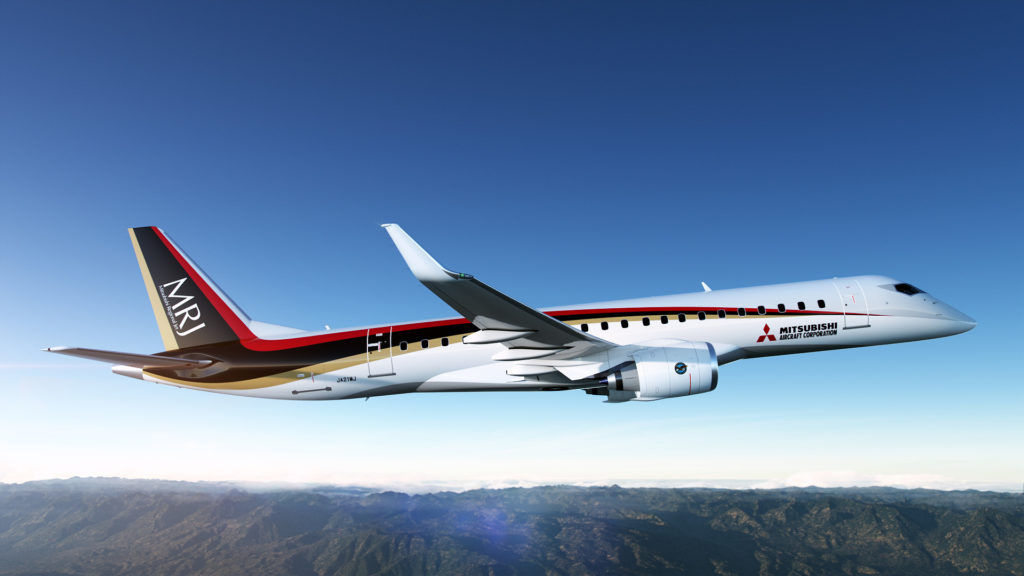 Mitsubishi Aircraft rocked the confidence of the market with announcing a delay in their program of over a year before Christmas. At the same time, MAC also announced that they will rebuild their test aircraft as they had seen that the original design did not meet ultimate load criteria.

As presented in one of my Friday Corners, that announcement was being too forthcoming. Other OEMs would not have informed the market of the minor modifications needed to make the aircraft able to withstand ultimate load (150% of the highest load the aircraft should ever see in service).

MAC’s Director of Strategic Marketing, Hideyuki Kamiya, gave an update of the flight test program at the conference and later answered some specific questions from LNC on the sidelines of the conference.

MRJ Flight testing progress
The first test aircraft has been flying since the February grounding for reconfiguration/reinforcement. To date, 23 flight test missions have been flown. The second flight test aircraft is expected to join the first aircraft end of May. An additional three aircraft will join the flight test program, with the last being a full cabin aircraft carrying the launch customer All Nippon Airways’ (ANA) livery, Figure 2. 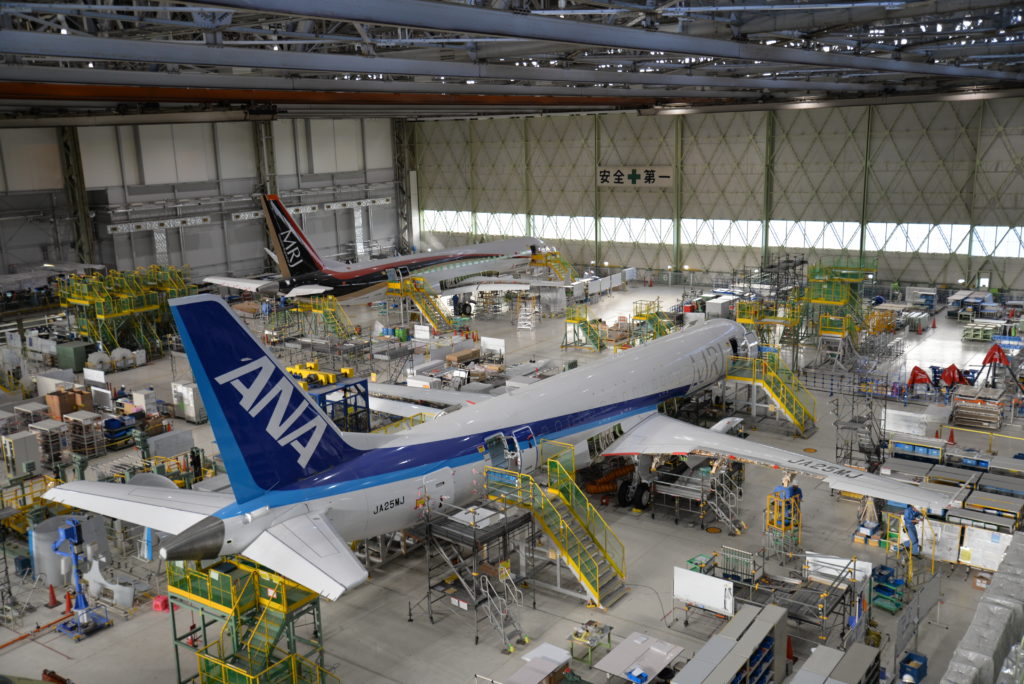 All but one aircraft will leave for the MAC Moses Lake (WA) test station before the end of the year. Testing at Moses Lake is said to employ up to 300 persons when in full swing early 2017. Certification of the aircraft is foreseen for spring 2018 with first delivery scheduled for mid-2018.

The first test aircraft has opened the flight test envelope to a highest speed of M0.65. The aircraft is designed for a maximum Mach of 0.78, so we asked Kamiya if that was a limitation of the test aircraft. He said “No, no, it is just according to our flight test plan. Everything is now progressing as planned, we go to higher speeds later in the program .”

Kamiya described how a number of  important tests have been passed. The aircraft has shut down one engine in flight and restarted it. It has also done the same with the aircraft’s APU.

The aircraft has also been flown to stall speeds with actual stall test to start later in 2016. All safety features of the aircraft have been tested, such as deployment of the emergency Ram Air Turbine generator (RAT), simulating that the aircraft’s electrical system had stopped working.

Highest Flight Level to-date is FL350. Recent flights have been done in full Fly-By-Wire (FBW) functionality, i.e., Normal mode. This is early in the program and indicates a good maturity of the advanced FBW software (it’s a full feedback digital FBW). Flight test results to date have shown that the aircraft behaves according to expectations, according to Kamiya.

The reason for the large delay that was announced in November of last year was due to a change in flight testing philosophy. It was decided to change the way to flight test after discussions with the ex-Boeing personnel that joined MAC’s Seattle engineering and Moses Lake test centers. The experienced engineers convinced MAC that they should run each test program in full on the ground in a simulated flight before doing the actual test flights. After the ground tests, any mis-functions should be corrected and re-tested. The final flight test should then be used to validate the results of the ground tests, not to find the faults.

This takes more time than a classical test program but will ultimately bring a better and more mature aircraft to the customers. It will be worth the wait, according to Kamiya.

← Air freight continues to lag, IATA says
How good is a MAX 7X and why would it replace the original? Part 3 →