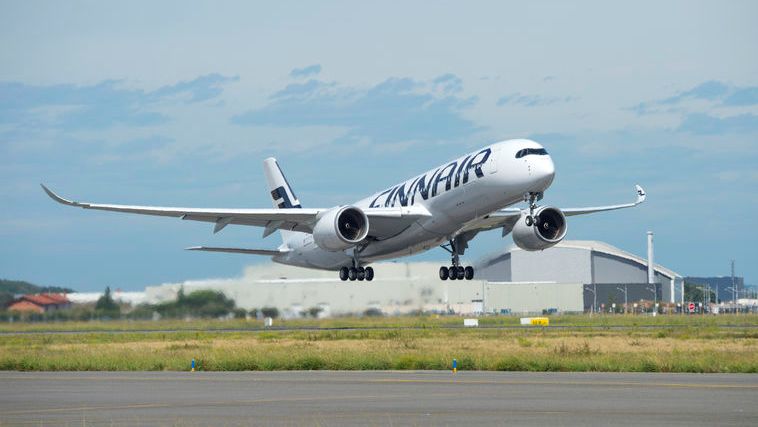 The gateway to Far East
The strategy which was launched 2014, built on the fact that the shortest way to China, Korea, Japan and several other Asian countries for Northern European citizens goes via Helsinki, Figure 2.

The plan was to double the 2010 traffic to Far East until 2020. This is now expanding faster than predicted and is planned to be achieved by 2018, Figure 3. 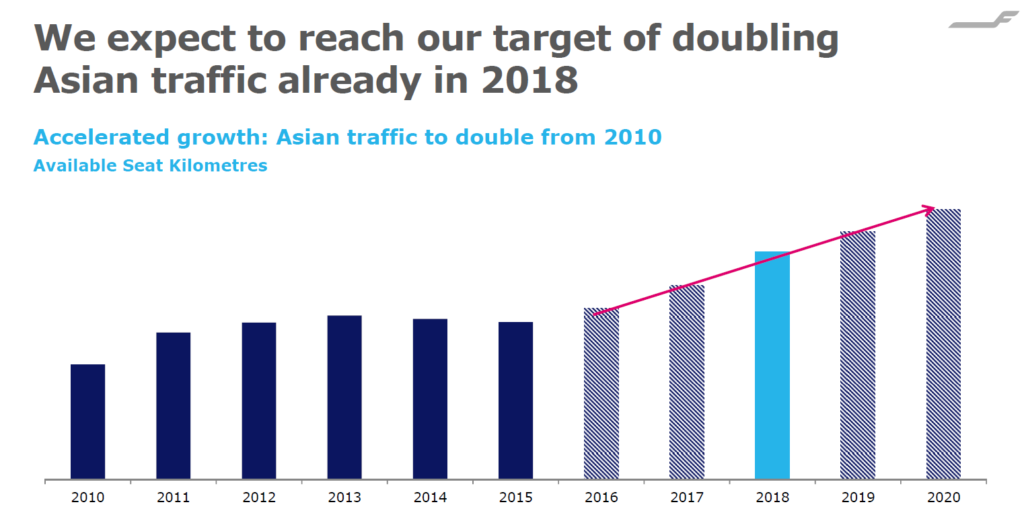 Part of the plan has been an aggressive upgrade of the long haul fleet with new more economical and comfortable aircraft. Finnair has historically used Airbus A340-300 for these flights but is now rapidly exchanging these for new Airbus A350-900.

The company was the first European airline to induct the A350 and has to date taken delivery of 4 aircraft out of a total order of 19, Figure 4. 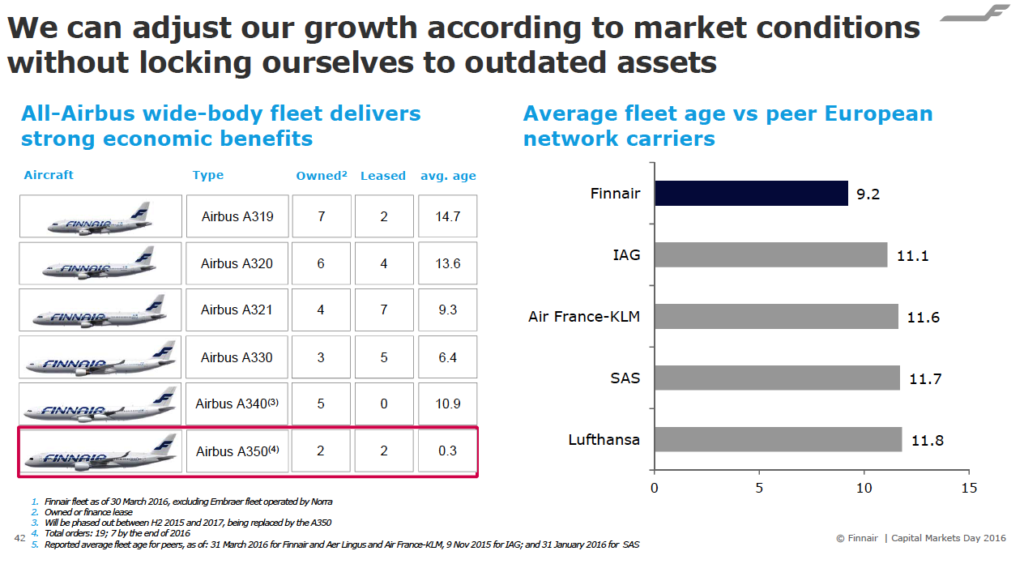 A350 with new cabins
The strategy with new aircraft offering an improved cabin experience combined with an improved service is working according to Finnair. The passenger experience surveys shows that the lie-flat seats in business and the roomy economy section scores high with those that have flown their A350s, Figure 5. 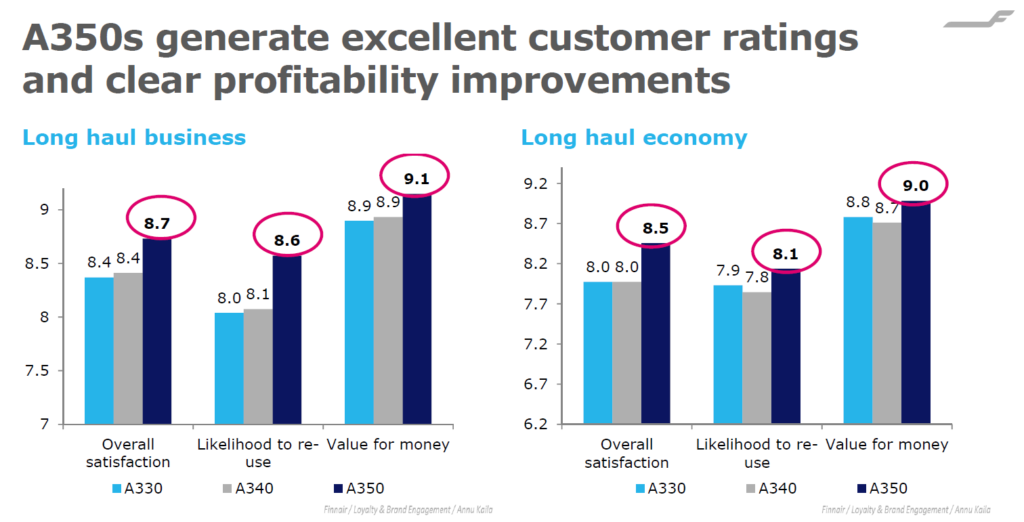 Keeping A330 in fleet gives extra capacity
Finnair has decided to cater for the extra growth in their Far East business by keeping the presently operated Airbus A330 longer than planned. The A330 is used on the European and North American network, the carrier can thereby free long haul capacity so that the A350 can be focused on the profitable penetration of the Far East market, Figure 6. 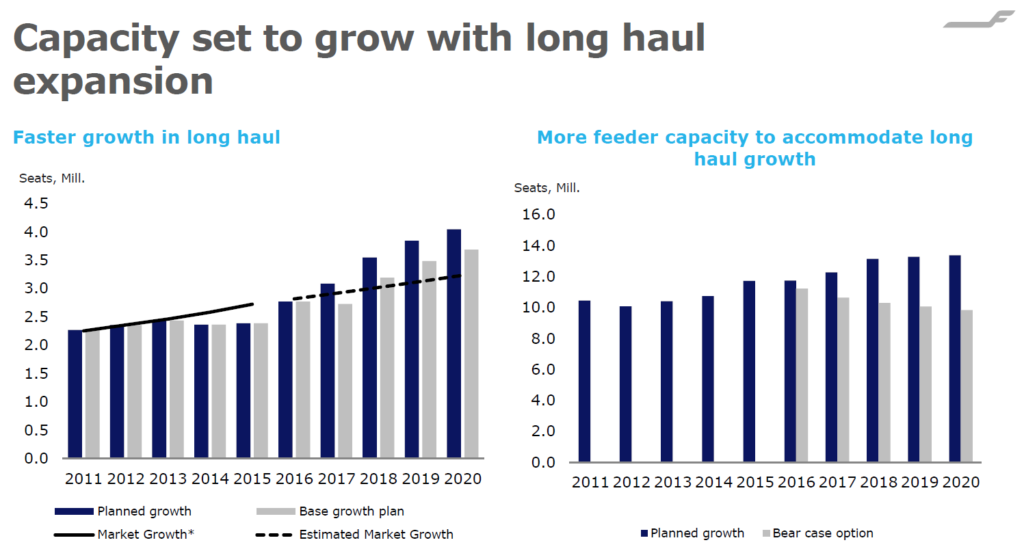 The result is that the mix of short haul aircraft going forward gets shifted towards larger A320 models. The A321 is the seat capacity leader from 2016 onward. For long haul the A350 will be the dominant seat capacity supplier from next year, Figure 8. 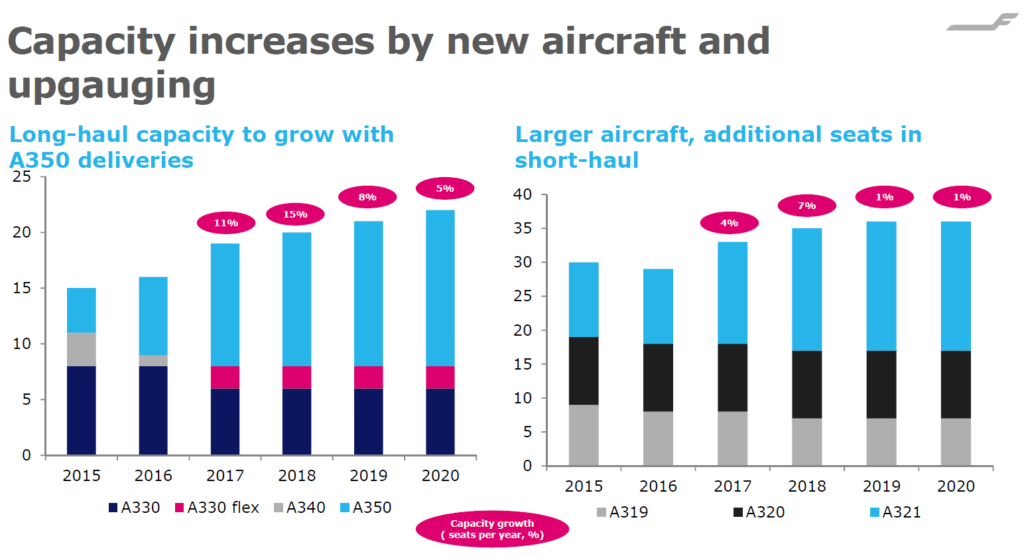 Finnair’s results over the years
The Capital Markets day was held in a running fiscal year. Hence no firm forecasts could be given for the results for the year but the Finnair team exuded confidence. The historical results for Finnair is shown in Figure 9.