August09, 2016, ©. Leeham Co: Embraer presented its second quarter and first half 2016 results on July 29, posting a loss and lowering guidance for the year.

The company is in a bridge period on its commercial aircraft side, with sales and deliveries focusing on the scope clause optimized E-Jet 175 while the company readies the upgraded E-Jet E2 series. 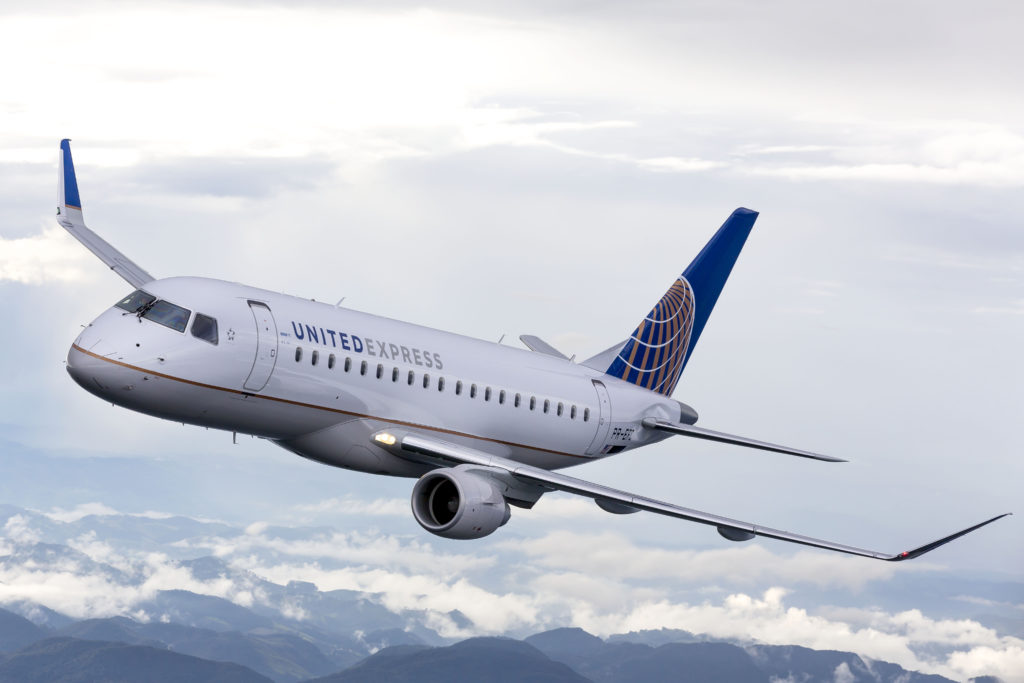 At the same time, the company’s buoyant Business Jet side has started to feel the slump that has hit this market since 2014. Combined with a domestic Defence and Security market which is dependent on Brazil’s economy, it’s been a first half of 2016 which has been a bit tougher than Embraer planned.

The company judges that the slow Business jet sales will continue and has therefore lowered its full year guidance.

Commercial aircraft is in the middle of a transition from the first generation E-Jet to the new E2. Deliveries are down to the recently-improved E175 as shown in Figure 2. The E175 constitutes 85% of deliveries.

The E175 is adapted to fit the US market’s scope clauses (the agreement between the airlines and their mainline pilot unions on what type of operations that can be outsourced to regional operators). As the E175 will be the last E-Jet that will upgrade to E2 standard (EIS 2020), it has had a recent makeover which increased efficiency 6%.

Development of the E2 series is going well with the first E190-E2 prototype flying three months ahead of schedule. Any margins in the development schedule for the E2 generation will be used for increased aircraft maturity rather than earlier deliveries. The first deliveries are scheduled for 1H2018 with E190-E2.

The Embraer business jets have been largely saved from the order and deliveries slump that has spread since 2014. New and attractive models in the light and mid-range segment sold well. The market has now caught up with Embraer and deliveries of jets were down 21% 2Q2016 to 2Q2015, at 26 aircraft instead of 33. Segment revenue was down with 27.5% at $399m. The company sees that this weaker market will continue into 2017 and has lowered its revenue guidance for Business Jets.

The segment, which is very dependent of Brazils economical state, was essentially flat at $210m versus $216m 1Q2015.

Due to the weakening Business jet segment, Embraer changed its 2016 guidance as shown in Figure 3. 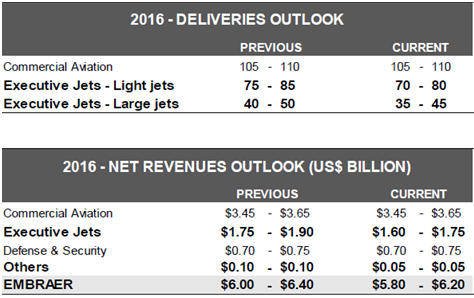