Aeroflot’s history is synonymous with that of the Soviet Union and the many airliner types that it developed since the 1920s. The airline started as Dobrolet in the Spring 1923, transporting passengers and mail the 400km flight eastward from Moscow to Nizhny Novgorod.

The airline expanded fast and was named Aeroflot (Air fleet) in 1932. At the time, the Communist Party decided to reduce the dependence on imported aircraft (50% of fleet, mostly Dornier Merkurs). The development of domestic aircraft was promoted.

One of the developed Soviet types was the Tupolev ANT-20 Maxim Gorkij, which had a wingspan as wide as Boeing’s 747 (Figure 2). It carried 72 passengers with a crew of eight. 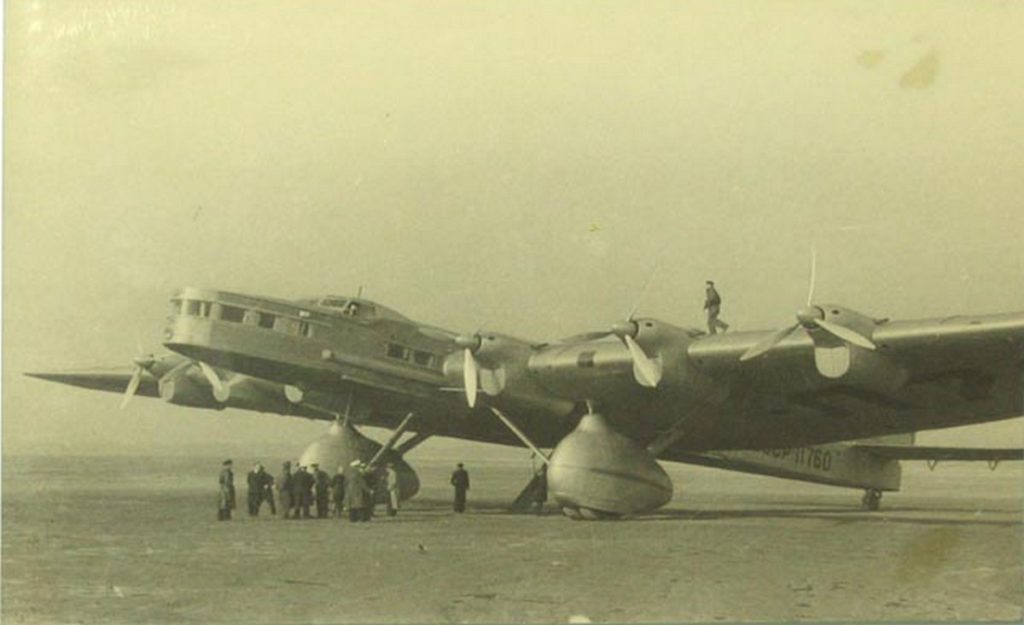 The 21-seat DC-3 was the superior aircraft and was license produced as the Li-2 since 1938. It became the backbone of an Aeroflot which was operating as part of the Soviet war effort during World War II. In total, 4,900 Li-2s were built.

The Li-2 was gradually replaced by the Ilyushin IL-14 during the 1950s. It had a tricycle landing gear, flew faster and took 10 more passengers, Figure 5. 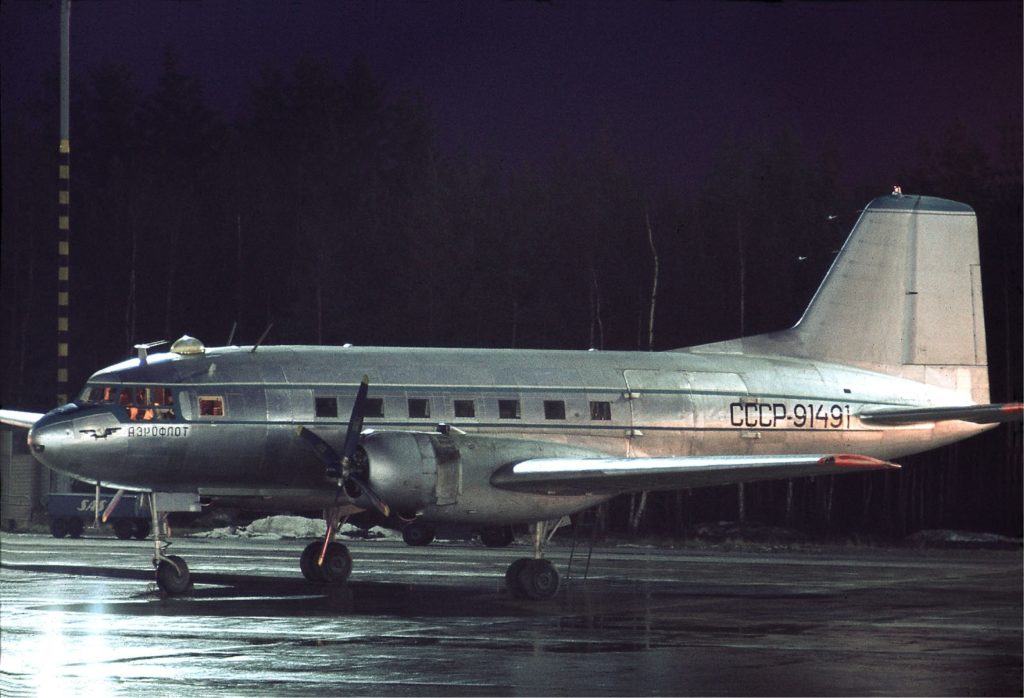 The Il-14 became the standard airliner in the Soviet Union during the late 1950s and was the main airliner for Aeroflot until jet airliners entered the network in the 1960s.

Aeroflot carried 2.5m passengers during 1955 to 700 destinations in its network. Regional traffic was flown with the Antonov AN-2, Figure 6. 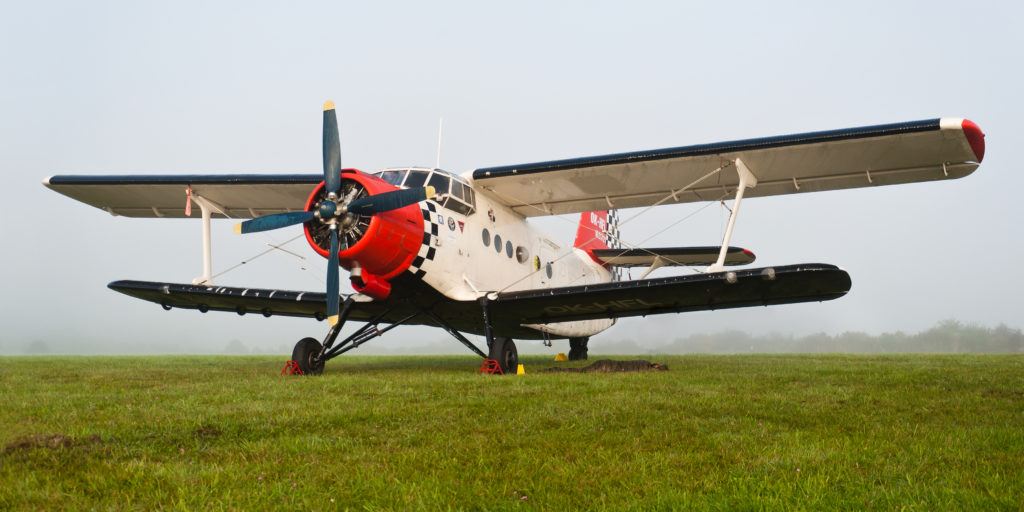 In 1956, the 20th Communist Party Congress decided on a major expansion of Aeroflot with jet and turboprop aircraft.

The Tupolev Tu-104 (Figure 7) was the world’s first jet airliner to enter sustained service in 1956 after the deHavilland Comet was withdrawn from service between 1954-1958. It flew longer routes like Moscow-Omsk-Irkutsk. The Tu-104 carried 50 passengers at 500kts, flying up to 39,000ft. 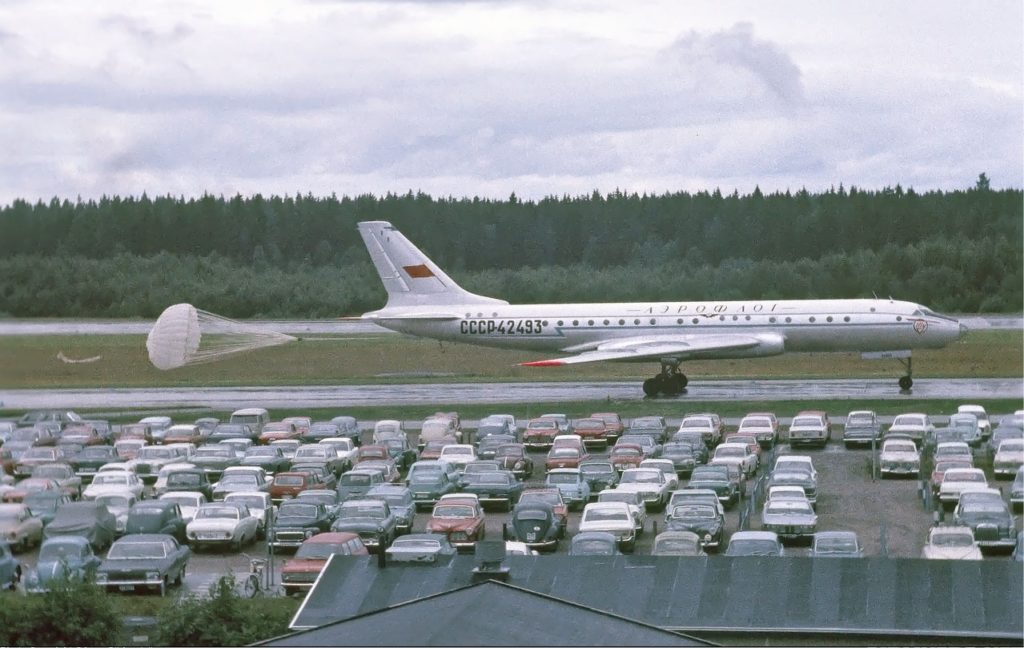 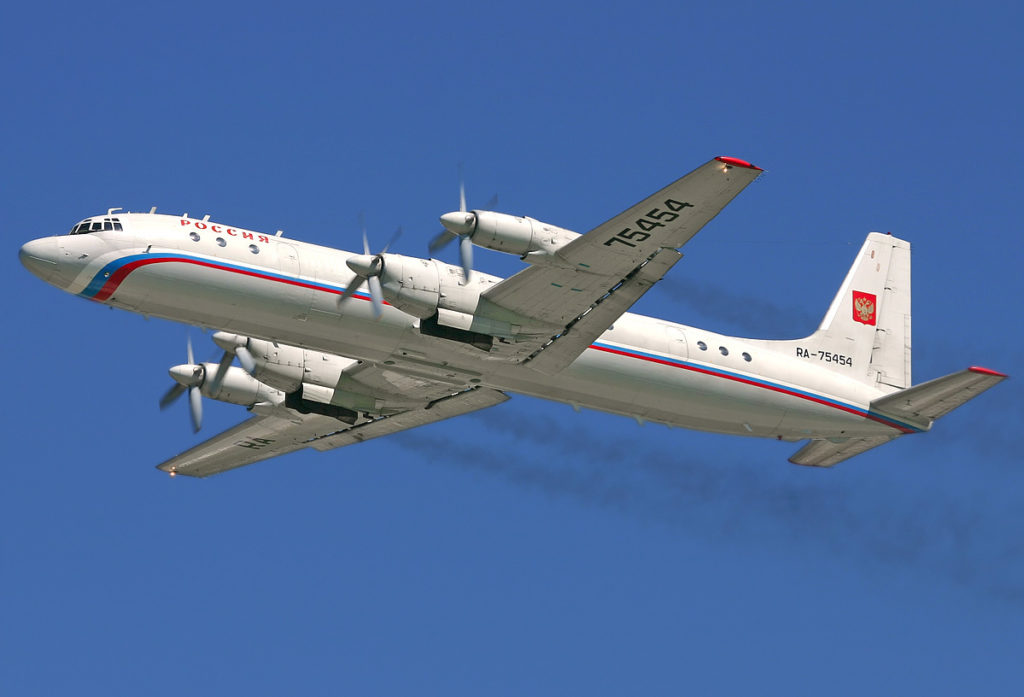 For long-range international flights, the Tu-114 Turboprop was developed, based on the Tu-95 Bomber, Figure 9. 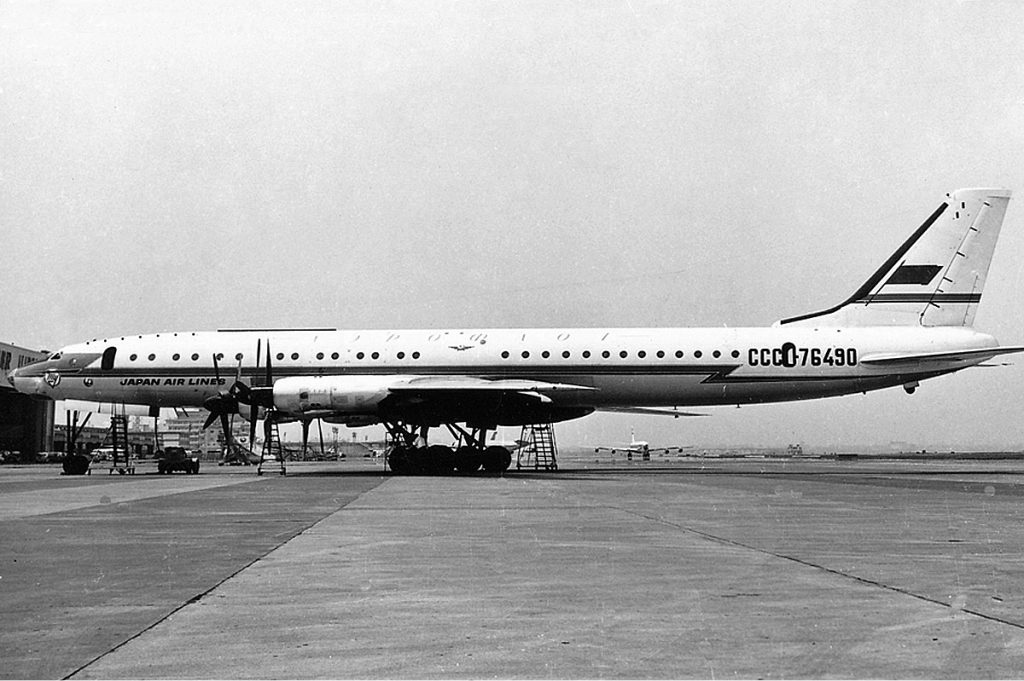 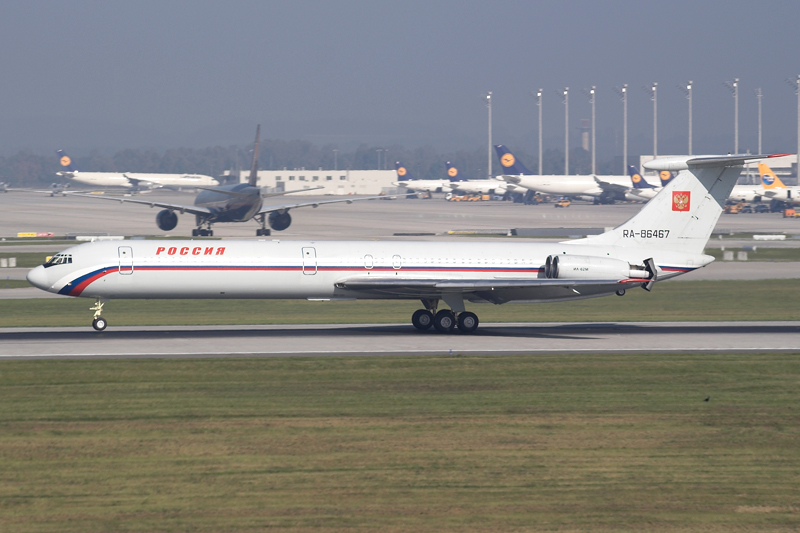 In 1968, Aeroflot introduced the world’s first regional jet, the Yakovlev Yak-40 (Figure 11) and in 1970, the airline flew more than 50m passengers to 3,500 destinations inside the Soviet Union. 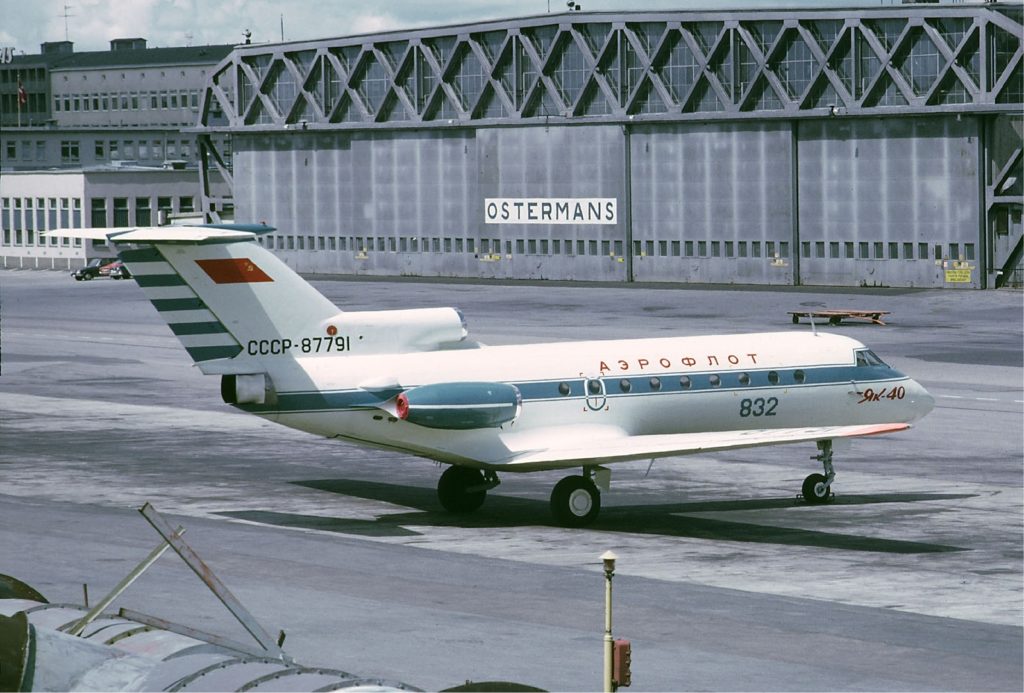 The mid-range Tupolev Tu-154 was introduced 1972. It became the Aeroflot workhorse for traffic inside the Soviet Union (Figure 12). 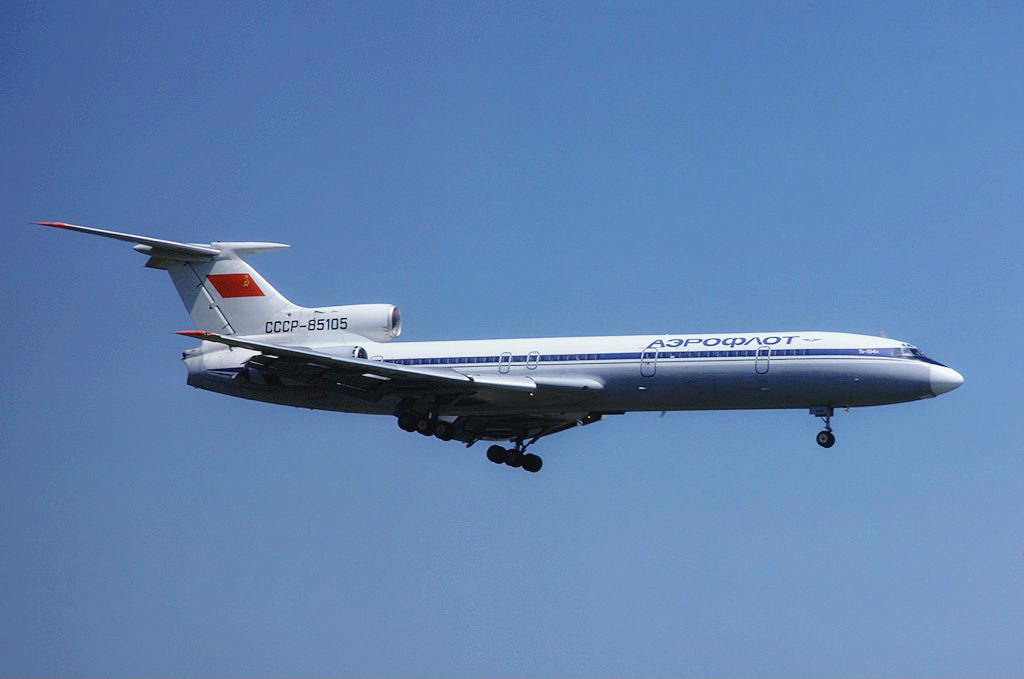 As Aeroflot approached the 1990s, the airline had 200,000 employees operating 2,000 aircraft. The fleet consisted of aircraft and helicopters of all types. Responsibilities included presidential and VIP flights, search and rescue, aerial surveys and diverse services for the Soviet Air Force in addition to the main airline services.

Aeroflot was in no way efficiently run operationally or economically. It was the authority which had the right to all civil air transport inside the Soviet Union and to its international allies.

As the Soviet Union dissolved during 1990-1991, Aeroflot’s organizations in the resulting independent countries formed own airlines. We will cover the post Soviet era for Aeroflot in the next article.

8 Comments on “Aeroflot, the route to a modern airline”