January 3, 2019, © Leeham News.: The last year was a quiet year for the airliner side of Irkut Corporation (Irkut). It continued testing its two MC-21 single-aisle airliners and rolled out the third test aircraft.

Behind the scenes, there were larger changes. Irkut was handed the shares of Sukhoi Civil Aircraft Company (SCAC), the designer and producer of the Superjet 100. The move is part of merging the Russian airliner industry into one company.

During 2018, United Aircraft Corporation (UAC), the parent of Irkut and SCAC, started the consolidation by moving all new airliner projects to Irkut, including the CR929 widebody project with China. The consolidation will continue 2019.

END_OF_DOCUMENT_TOKEN_TO_BE_REPLACED

Note: With the first flight of the Irkut MC-21 in the weekend, we move the Qantas Ultra Long Haul article Part 2 to a later date.

They both challenge the present rulers: Airbus’ A320 and Boeing’s 737 MAX.  We made first analysis of the aircraft against their Western competition here, here and here.

We now dig deeper with a direct comparison between the MC-21 and C919 projects.

END_OF_DOCUMENT_TOKEN_TO_BE_REPLACED

September 29, 2016, ©. Leeham Co: We will now finish our series about the Russian-Chinese wide-body with looking at who will have what role in the program.

As we described in the initial article, “Background and outlook,” Russia and China have vastly different competencies when it comes to making a state of the art wide-body aircraft.

Russia has made airliners since the 1930s, including wide-body jets. China did not design its own jet aircraft (military or civil) until the mid-1980s. Most of the aircraft produced still today in China have their origin in Russian designs.

At the same time, we saw in the article about the market demand for the aircraft that the Chinese market is 90% of the home market. This makes for China demanding important parts of the aircraft’s production, and China has the money to invest in production facilities.

Soviet and Russian engines have historically been named after their chief designer in the design bureau. We will now describe the main entities in UEC that work with airliner engines. END_OF_DOCUMENT_TOKEN_TO_BE_REPLACED 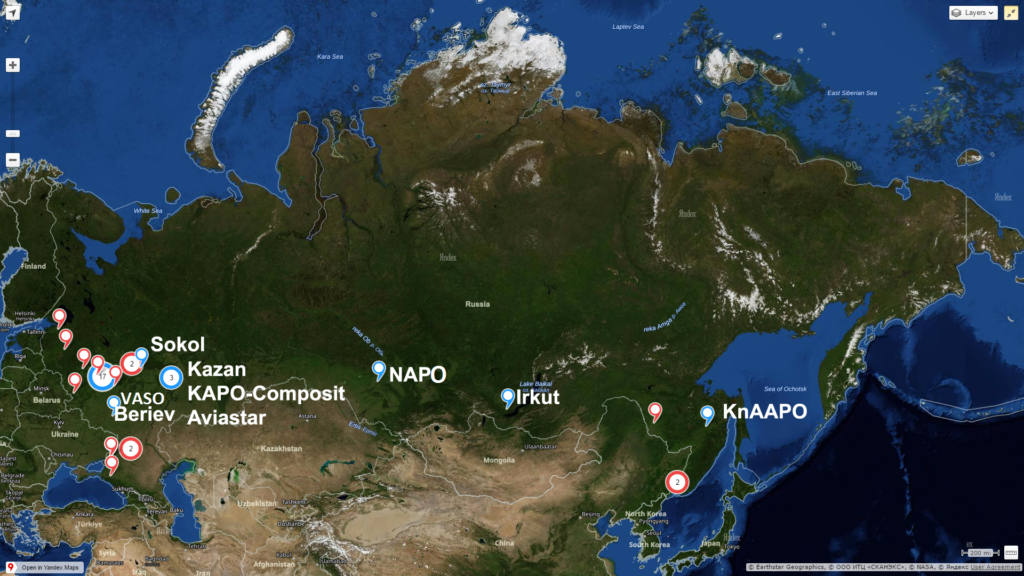 We will now dissect the main UAC groups and companies that are involved in civil aircraft development and production. END_OF_DOCUMENT_TOKEN_TO_BE_REPLACED

September 15, 2016, ©. Leeham Co: In Part 3 of this series, we identified the type and size of wing we would have on a new Russian-Chinese wide-body. It’s now time to go through all the considerations around the engines for the aircraft.

The aircraft would enter the market around 2025. We would have to decide on what size engine that would be needed, what engines would be available at the time and could this project motivate any new engine developments.