Soviet and Russian engines have historically been named after their chief designer in the design bureau. We will now describe the main entities in UEC that work with airliner engines.

One of the engine companies in UEC working with airliner engines is Saturn, Figure 2. 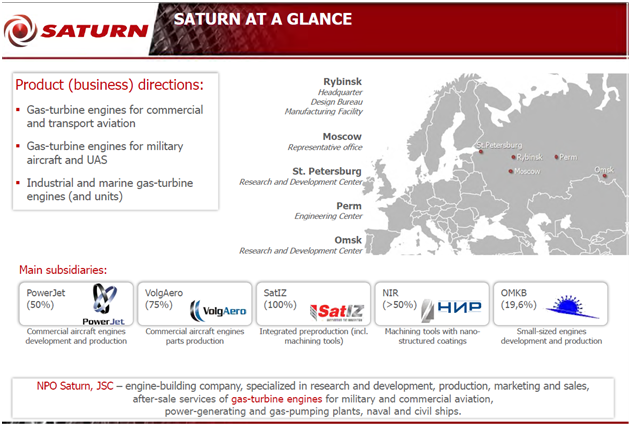 Its experience in making engines for different applications is given in Figure 3. 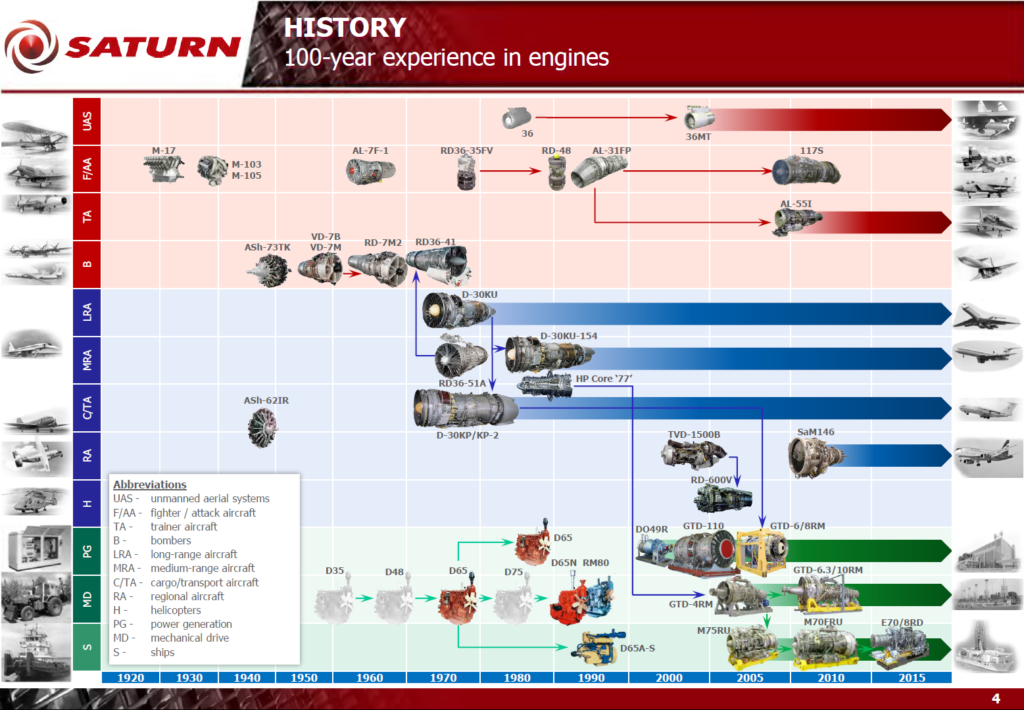 The company’s present engines for commercial and transport aircraft are shown in Figure 4. Note the SaM146 for the SSJ100 that Saturn does in cooperation with SNECMA of SAFRAN Group. 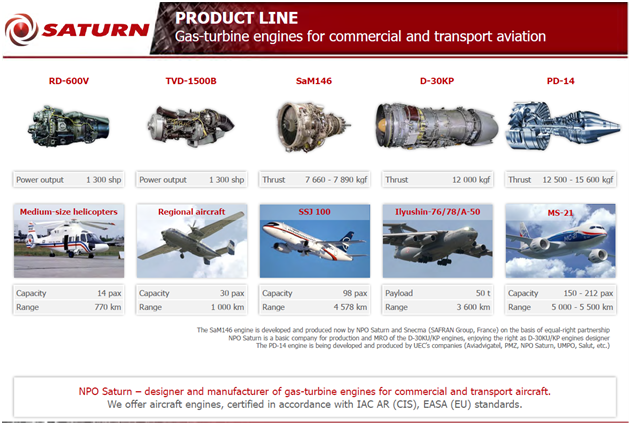 The company’s main activities are engines for military use. The modern projects are shown in figure 5. 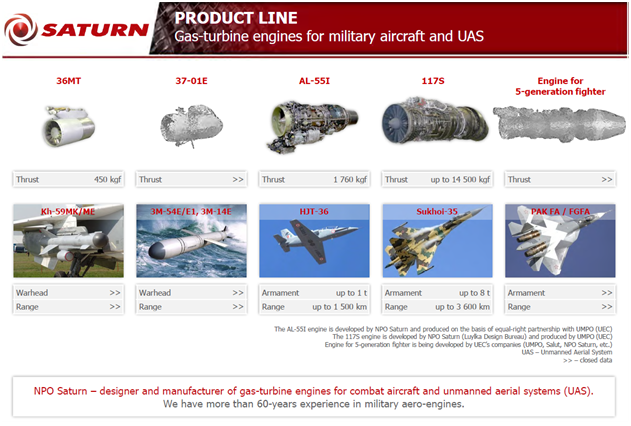 The second main grouping which designs civil aircraft engines in Russia is the Aviadvigatel design bureau with production at the Perm engine company. Headquarter, design bureau and production facilities are in Perm (Figure 2).

The Perm engine plant started life as an adapter/producer of the Wright Cyclone engine for Soviet license production in 1934, then turned to its own designed jet engines in the 1950s named after the Soloviev chief designer. The bureau was previously called the Perm design bureau and has established its own school for engine design.

Aviadvigatel’s future program is leading the PD-14 (20-40klbf) high bypass engine project for the Irkut MC-21. Figure 6 shows the engine and the main partners involved in the project. 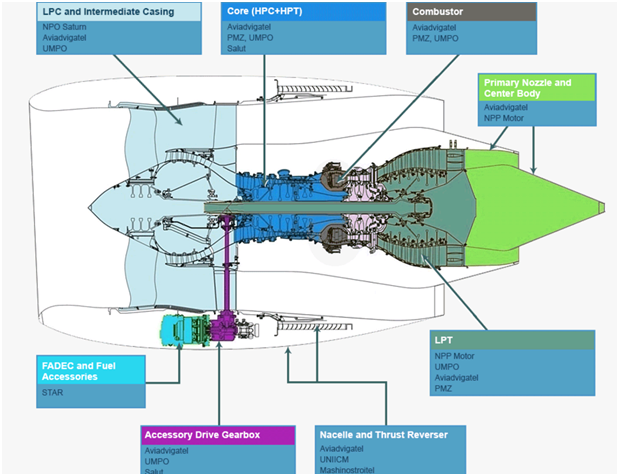 Aviadvigatel will almost certainly also be the lead for the new 70-80klbf wide-body engine that has been commissioned by the state for the Russian-Chinese joint venture 280 seater. Russia was left without high bypass engines larger than 40klbf (PS-90) when the conflict with Ukraine made the Ivchenko-Progress designs (see below) no longer politically correct.

The Klimov design bureau is mainly active in military engines (RD-33 for MIG-29/35) and helicopter engines (TV3 for 95% of all Mil and Kamov helicopters). The design bureau has also developed the modern TV7-117 turboprop for the Il-114 regional turboprop which will now go in serial production at the Sokol aircraft plant.

Ivchenko-Progress based in Zaporizhia, Ukriane was part of the Soviet engine industry with several important designs. These were produced by the neighbor Motor Sich company but also by Russian engine companies like Salyut (Figure 1).