June 28, 2017, ©. Leeham Co: The Mitsubishi Regional Jet, MRJ, has been through troubled years. The aircraft, which should have entered the market 2013, will now be delivered to first customer, All Nippon Airways (ANA), in mid-2020. 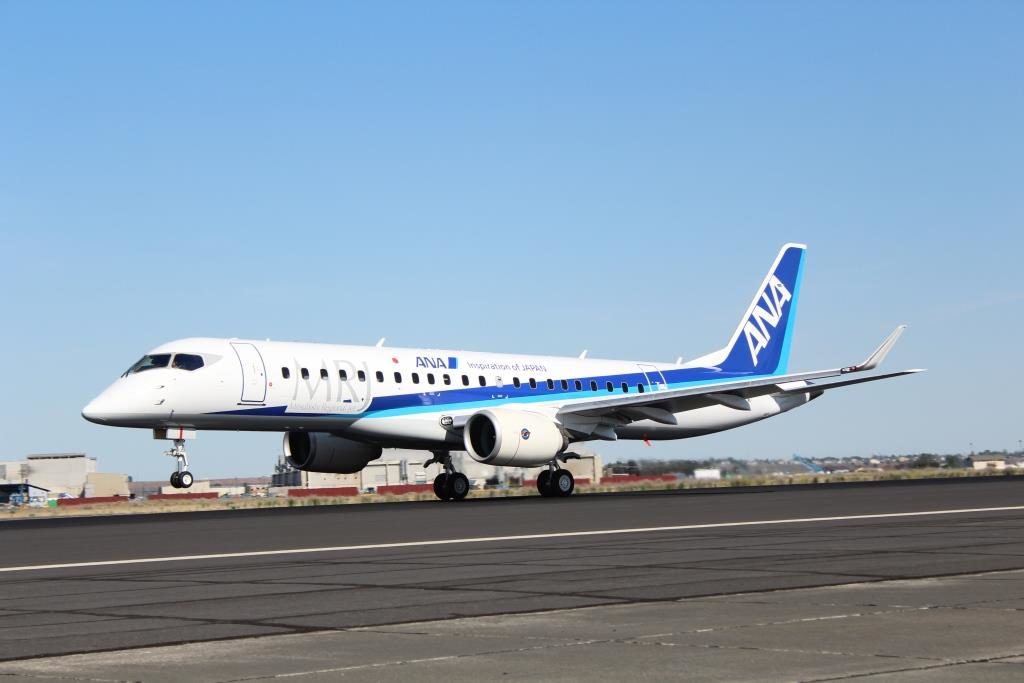 We sat down with MRJ’s Program and Flight test management to understand what is going on.

We sat with Alex Bellamy, Head of the MRJ Program Management office, Michel Korwin-Szymanowski, Head of MRJ Flight Testing (an Aerotec consultant) and Hideyuki Kamiya, MRJ Strategic marketing, at the sidelines of the Paris Air Show.

We first wanted to understand exactly what caused the last delay. Bellamy, who was manager for the CSeries Flight Test program at Bombardier before joining MAC last spring, explained it was because of concerns the present aircraft configuration would be challenging to get through certification.

When MAC engaged Aerotec L.L.C. of Seattle to aid with flight tests and certification, the experienced Aerotec team began analyzing how the MRJ should be certified. They soon saw problems with the criteria for safety for avionics and its wiring. Damage from explosion/engine part penetration, water flooding (from a ruptured fresh waterline) and fire damage to the avionics and its wiring could cause single point of failure.

The separation of avionics functions and its wiring would not pass the tests in the two below deck avionics compartments in front of and aft of the wing. As an example, the landing gear controller, while being dual channel, had both functions in one box. One event could knock out the landing gear extension function.

Review of all systems

After the detection of the avionics safety problem, independent experts were called in to review all aspects of the aircraft during autumn 2016. No other major issues were found.

The hardware changes in the bays and the box changes are now frozen. What is not finished is the redesign of the Electrical Wiring Interconnect Systems (EWIS). Here, a specialist company, Latecoere Interconnection Systems, with special tools and know-how was hired. The company experts now work with MAC personnel in Nagoya Japan, to make sure the EWIS is reconfigured correctly.

Cause of certification lapse

To beef up MAC’s organization with experienced experts, the necessary Western experts were hired over the last year. These now work in a revised MRJ organization.

Engineering, Customer Support and Flight test are now coordinated by a Program Management Office, headed by Bellamy. Bellamy is responsible for the delivery of a certified aircraft by mid-2020 to ANA.

During a Press Conference with MAC’s President, Hisakazu Mizutani, it was revealed the internal target was mid-2019. Bellamy confirmed, but said: “It shall be considered as margin. Official delivery is mid-2020. We can’t be late another time.”

The present five test aircraft can finish all testing except for the tests that need final configuration of the aircraft (HIRF/EMI tests, Function and Reliability tests). MAC is building a sixth aircraft to complete such testing and to use for route proving tests. A seventh aircraft could be built if this would speed up testing further.

Testing is now progressing at a high rate. The test program has passed 940 hours out of an estimated 3,000 hours (includes new tests). Dispatch reliability of the four test aircraft at Moses Lake (WA) is above 98%.

“It’s a high figure at this stage of a test program,” says Korwin-Szymanowski. “This enables full days of test flying. Climatic tests at McKinley (hot and cold soak, Figure 1) were passed at first try and tests into known icing has confirmed no deice is needed on the empennage. Progress is good.” 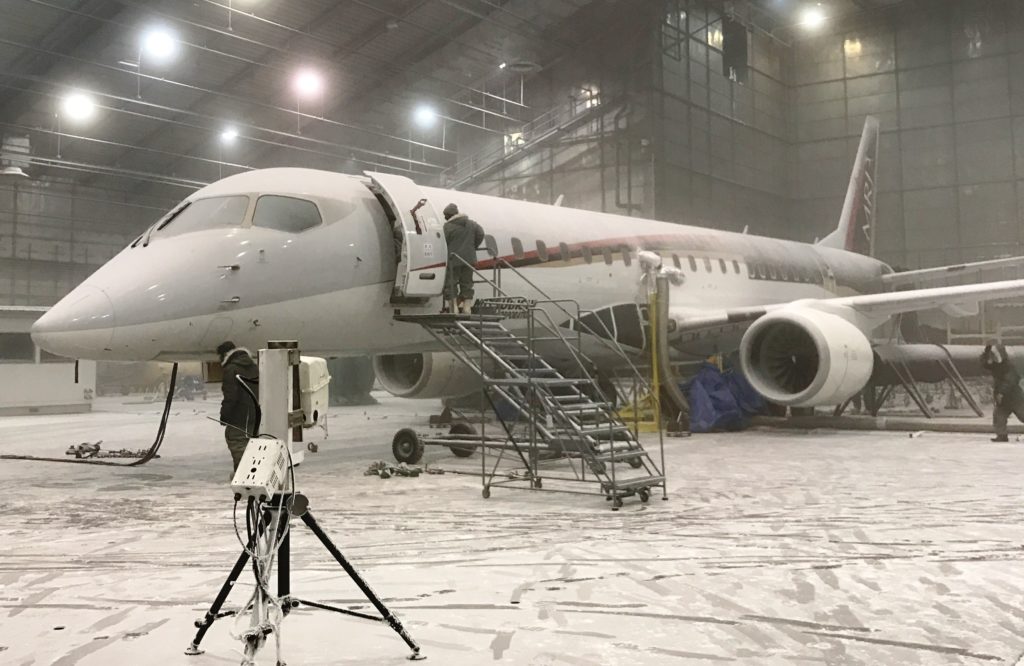 The first MRJ70 flight test aircraft is in fuselage join at Nagoya FAL (Final Assembly Line). The certification and delivery of the MRJ70 will follow about one year after MRJ90.