September 15, 2017, ©. Leeham Co: Last week we compared the energy economics of our 10-seater electric commuter to an equivalent commuter with gas turbine power.

Now we dig a bit deeper in the operational costs of the two aircraft. Is the electric commuter cheaper to operate over short sectors than a gas turbine driven variant? For the energy costs, it could be the fact. What about other operational costs?

The commuter designs we discuss would be similar to the Zunum Aero 10-seater commuter in Figure 1. 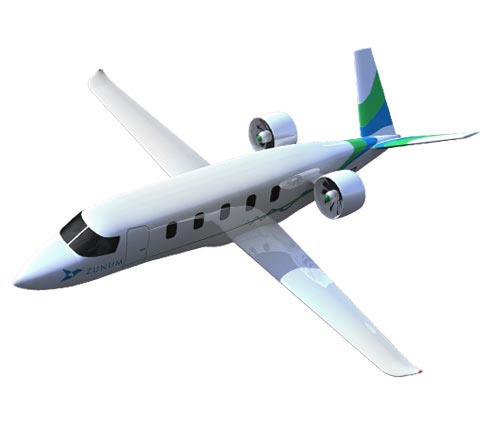 In the last Corner, we calculated the energy cost for the 150nm trip for the commuters. The electric variant would costs us $34, paying 8 cents per kWh for the needed 430kWh. The 8 cents per kWh is a best price for energy from the power grid, paid by transport category customers (railways and others).

The energy needed to propel the gas turbine variant the same distance would cost us $42. The inefficiency of the gas turbine (40% of the energy in the fuel would be converted to shaft hp for the fans) meant we needed 24 gallons of fuel, holding 864kWh of energy.

The equivalent cost for the gas turbine propulsion would be the overhaul costs of the engines. At the overhaul, several parts are renovated while others are replaced, mainly because of fatigue limits.

Such overhauls cost around $500,000 for the turbines in question. The typical time on wing for such turbines are 10,000 trips (the wear is coupled to the take-offs, when the turbine temperatures are the highest). This gives us a cost for gas turbine overhauls of $100 per trip.

The other parts of the aircraft would be similar in maintenance costs between the two aircraft (we assume similar systems). By focusing the battery and the gas turbines, we have found the key cost drivers.

The electric commuter has competitive energy costs compared with the gas turbine variant. The replacement costs for the batteries makes it costlier to operate, though.

There is a lot happening on the battery front, with the car industry driving the development of more powerful batteries, with lower costs for line fit and replacement. The costs we have given are for an aircraft introduced in about five-to-seven years. The cost disadvantages will gradually reduce, driven by car industry advancements.

In our next Corner, we will summarize the series and discuss future developments for electric aircraft.