July 13, 2018, ©. Leeham News: Last week we discussed ADS-B in capabilities and how the US second channel at 978MHz brings the bandwidth for many useful services.

Before we discuss what improvements in navigation ADS-B will bring long-term, let’s sidetrack to describe the present Traffic Collision Avoidance System (TCAS) and why it’s eventual replacement with ADS-B will improve air safety further. 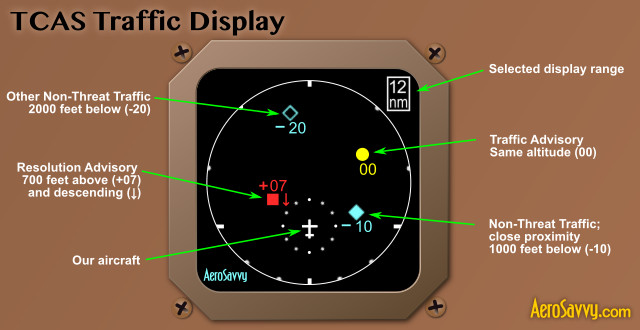 TCAS, a system born from necessity

Some nasty airliner midair collisions in the 1950s showed the necessity for some sort of aircraft proximity warning system. The Mk 1 Pilot eyeball could not cover aircraft which one couldn’t see.

It took a lot of research and many years to come to a practical system. In the late 1980s a functional system was designed using the aircraft’s transponder as a vital part. The resulting TCAS system has saved lives since. Headline from this week:

“The two A320 were hardly 4 miles from each other while the Vertical separation was just 200 feet triggering Traffic Collision Avoidance System (TCAS) on both aircraft”.

The TCAS system sends interrogation signals to all other surrounding aircraft several times per second, using the aircraft’s Transponder as sender, Figure 2. The interrogation is a normal transponder interrogation so a small aircraft with a Mode C transponder would answer as if it was ATC asking for a send back of ID and altitude. 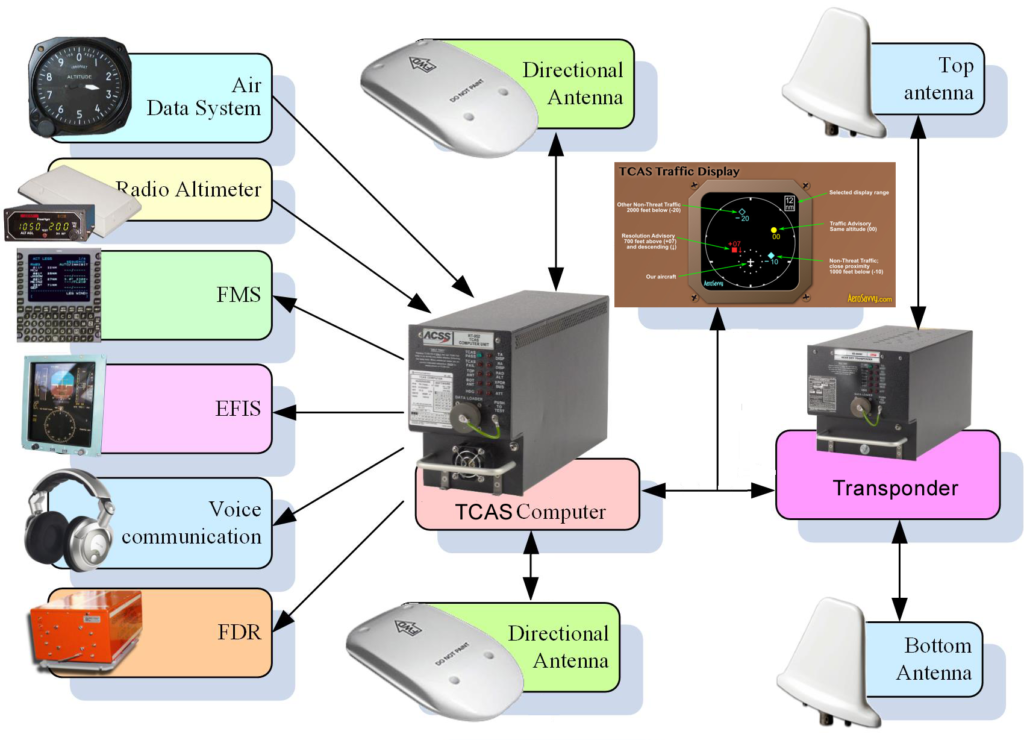 The TCAS system adds directional antennas on the aircraft’s top and bottom sides in addition to the Transponder’s antennas, to receive the response. With these, the TCAS of the interrogating aircraft can decide the direction of the aircraft which responded. Range to the aircraft is determined through the delay time of the response.

The TCAS computer then calculates the direction, altitude and movement of the responding aircraft. The result was originally displayed on a TCAS display. Today it’s presented on an airliner’s Navigation display, superimposed on the route. 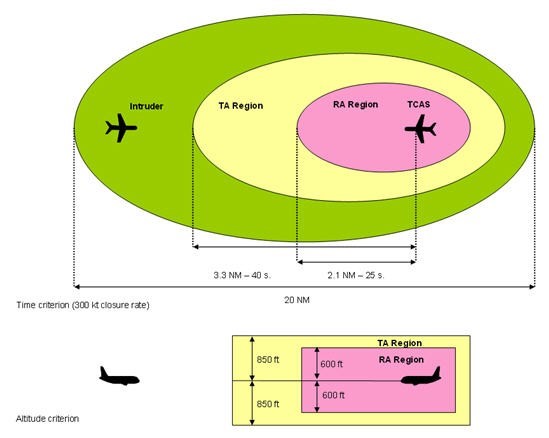 Traffic Advisory tells the pilots another aircraft is in the vicinity. Resolution Advisory commands the conflicting aircraft to separate in altitude. Direction resolution is not used as the directional antennas only give a rough direction to the responding aircraft. The altitude in the transponder response is accurate, the system’s calculated direction is not.

Therefore the system issues climb/descent commands once two aircraft are inside the red region. The transponder conversation between the aircraft resolves who will climb and who will descent. The command is then given aurally and on the display for the two TCAS equipped aircraft.

With ADS-B fully implemented an accurate position and movement of all aircraft in the vicinity is known to the TCAS computer. Therefore more intelligent TCAS commands can be implemented.

Next Corner we will discuss what more clever functions can be implemented when all surrounding aircraft have ADS-B.