Feb. 15, 2019, ©. Leeham News: We now summarize the problems around an airliner’s pitch stability and why a good pitch stability is so important before we go to the next subject, yaw stability.

The pitch stability and how it works in different parts of the flight envelope is the trickiest of the aircraft’s stability problems around its three axes; Pitch, Yaw and Roll. Here is why.

Why is pitch stability important?

Pitch is the most important axis of stability and by it, yoke/stick feel for a pilot. It’s the axis which interplays with the all-important lift and by it, the aircraft’s speed.

The most important instrument when one learn to fly is the speedometer, not the altimeter. One must have sufficient speed to takeoff and climb and keep speed over a lowest limit when landing. If not, the wings can stall and one is in serious trouble.

The speed of an aircraft is one-to-one coupled with the pitch attitude. The yoke/stick and throttle are manoeuvred in unison when flying at low speed, to always keep the speed at the desired level independent of any change in altitude or climb/sink-rate.

It’s important for a pilot to have a constant relation between stick pressure and the change in pitch attitude and by it Angle of Attack (AoA). The pitching moment versus AoA curve shall be a straight line, with a certain constant negative angle as the green line in Figure 1.

A kink in the curve like the red line is not desired, the pilot would feel as if the aircraft suddenly pitches up faster for the same stick input. This is not a desired characteristic when flying close to stall.

If this is not augmented the aircraft is classified as difficult to handle at certain situations. There is a Pilot’s acceptance scale developed for this consistency of feel, the Cooper-Harper rating scale, Figure 2. 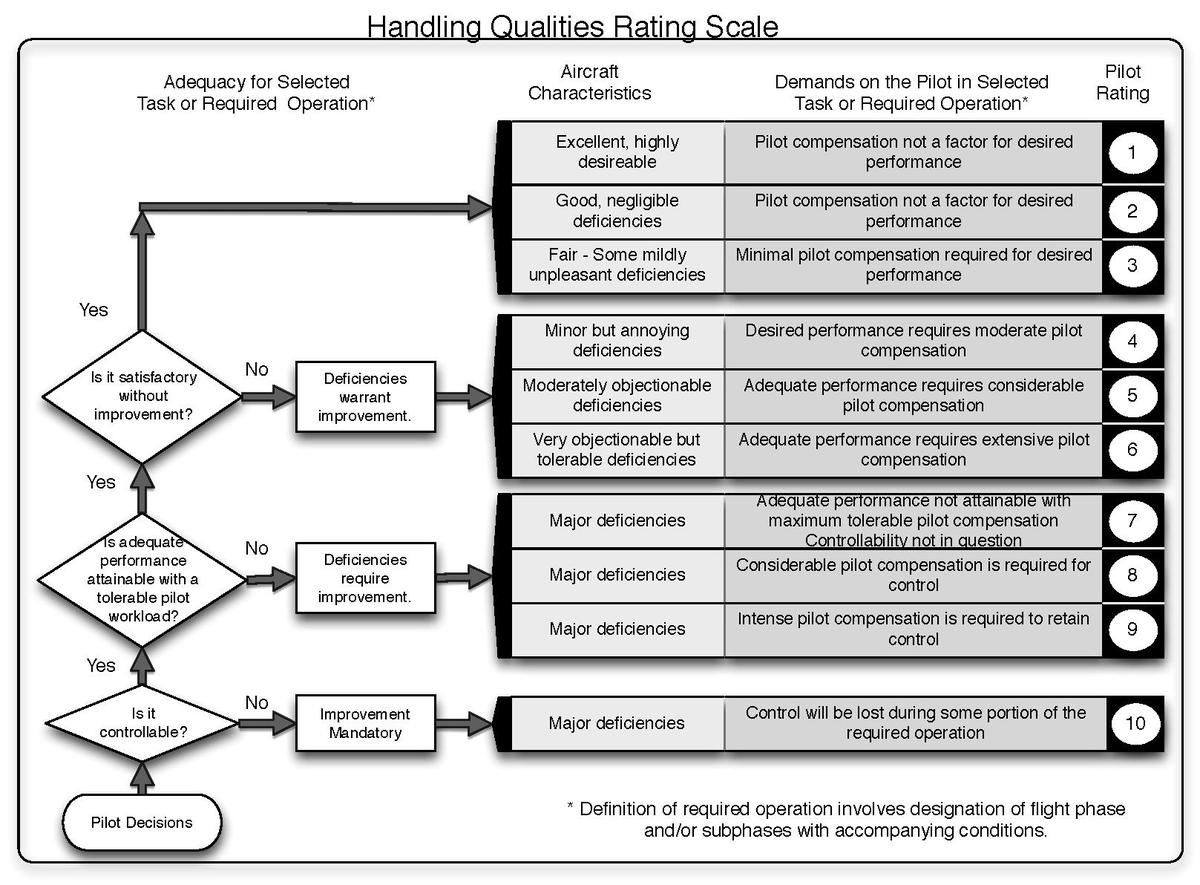 If test pilots from the OEM and subsequently from the FAA/EASA consider the feel in pitch for a part of the envelope above a certain rating, the aircraft will not pass Certification. It needs augmentation for this part of the flight envelope.

The aircraft OEM is asked to propose fixes to the pitch characteristics of the aircraft so it can be judged acceptable for use by a minimum standard (Re. training and proficiency) pilot. This was the reason behind the MCAS pitch argumentation for the 737 MAX.

In the next Corner, we will look at the required characteristics in yaw of an airliner.

← A380 launch aid in limbo at WTO, member states following program termination
Pontifications: Which airplanes are revolutionary or evolutionary? →