June 14, 2019, ©. Leeham News: In last week’s Corner we discussed why aircraft with batteries as an energy source will be short ranged for decades to come. The battery energy density is too low and it won’t change appreciably over time.

Now we look at the challenges hybrid transport aircraft face when competing with today’s turbofan airliners. 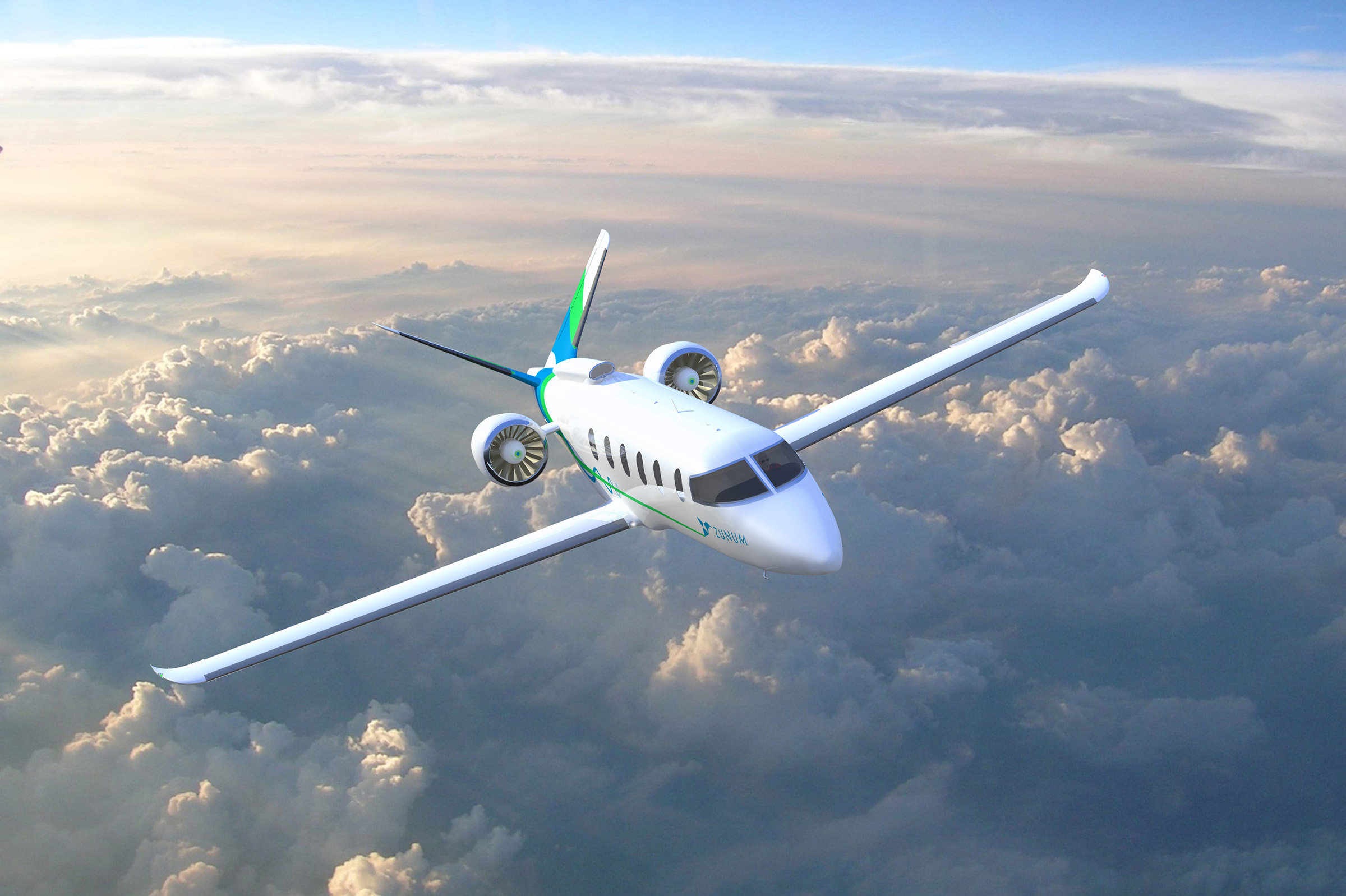 Why hybrid solutions for aircraft is more difficult than for cars.

The CAR: The reason hybrid cars work well is the same as for battery based electric cars. The normal car is an energy hog in our daily driving.

The electric motor driving the wheels in the hybrid car is reversed into a generator when slowing down for a queue or stop light. The hybrid car recovers energy where the normal car doesn’t.

Additionally, the combustion engine in the hybrid car, driving a generator which feeds the electric drive motor and loads the batteries, is also made to run at an optimum speed where its efficiency is at its highest.

A combustion engine driving our normal car through the gearbox is working outside of its best efficiency range a large part of the time.

The Airliner: The difference to an airliner is the gas turbine driving a propeller or fan for our airliners is running at its optimum efficiency for the whole cruise phase. At takeoff, climb and descent it’s running outside of its most efficient RPM but this only constitutes 10% of the mission time.

Another challenge for the hybrid air transport projects is the available gas turbine shaft engines. These are far from the most efficient cores in the market.

A useful proxy for gas turbine core efficiency is its Overall Pressure Ratio, OPR. The values the engine manufacturers give is the highest OPR for an engine. This is typically the top of climb value where the engine is spinning the fastest.

The OPR for the best turboshaft gas turbine certified for flight is below 25:1 (Ground power station gas turbines can have higher values). Part of it is these are small cores but the small cores for turbofans are above 30:1 today. An example is the Pratt & Whitney 56 inch GTF for the Mitsubishi SpaceJet/Embraer E175-E2. It has a maximum OPR of 32:1 and a cruise thermal efficiency of 50%.

So even without the efficiency losses for the hybrid aircraft from the chain: Gasturbine – Generator – Power Distribution – Inverter – Motor – Fan as opposed to the: Gas turbine – Fan chain for present airliners, we have problems finding available shaft gas turbines which can match the efficiency of today’s turbofan cores.

It will take time

While the development of efficient flight certifiable Generators, Distribution networks, Inverters and Motors is ongoing, a new generation of turboshafts which can match the efficiency of the present cores in our turbofans is not in development or even discussed.

The latest turboshaft is the GE Catalyst and it’s proud of its 16:1 OPR core and its cruise thermal efficiency of 40%.

So the reality is hybrid solutions for aircraft compete with super-efficient turbofan propulsors and even if the hybrid chain can be made efficient (which it is not yet) the gas turbine driving the hybrid chain is not up to snuff. And it will take substantial time and investment to fix this problem.

The talk of gaining back efficiency in hybrid aircraft by running the turboshaft at a higher efficiency than the turbofans in our airliners is a pipe dream.

The efficiency of the turbofan is at its peak during 90% of the operation (as opposed to the car engine) and the turboshafts available for hybrids are generations behind the turbofan cores in efficiency and sophistication.

← How Mitsubishi Aircraft morphed the MRJ70 into the M100 SpaceJet
Pontifications: The elephant in the room →

14 Comments on “Bjorn’s Corner: Why hybrid cars work and hybrid airliners have challenges”