Boeing warns of production reduction, complete shut down of MAX if return to service delayed beyond 4th quarter 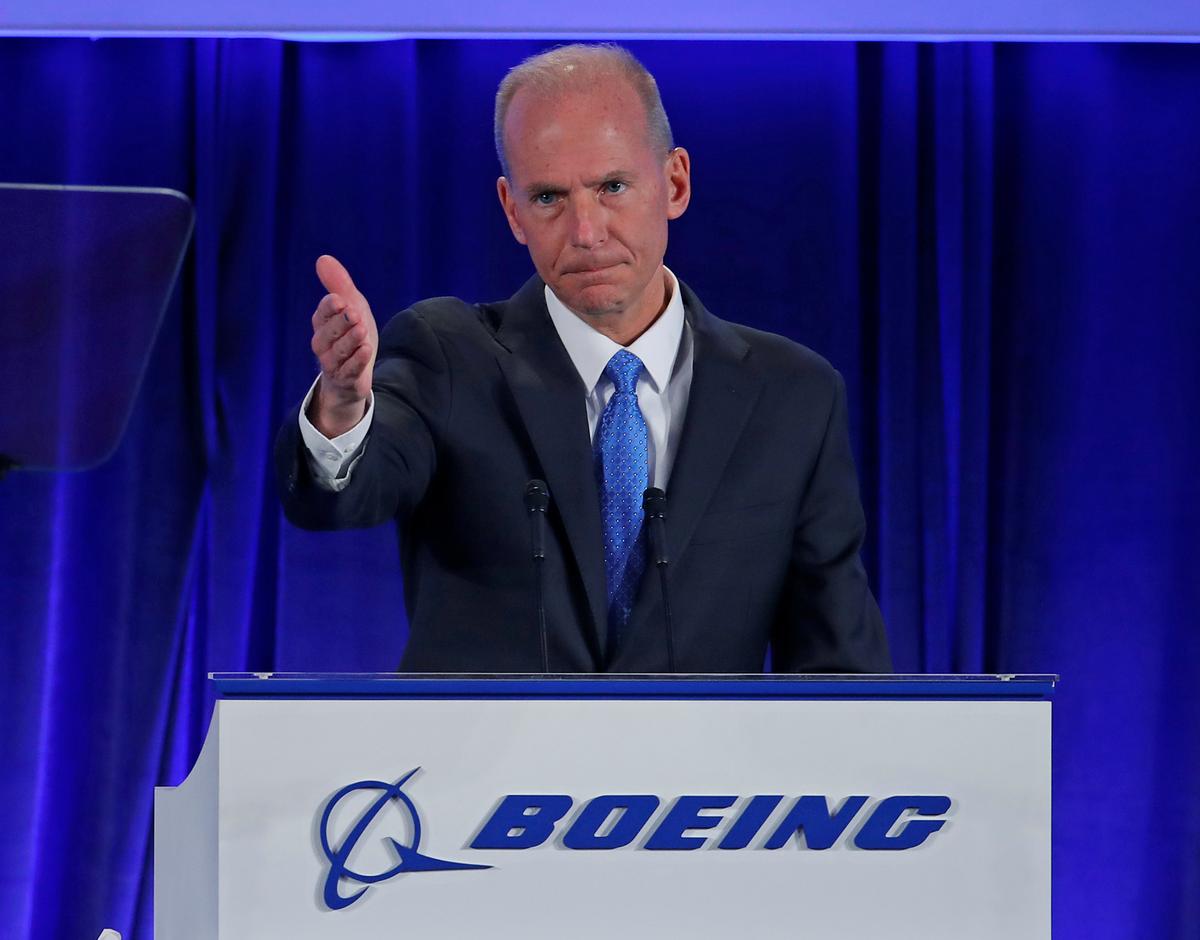 July 24, 2019, © Leeham News: Boeing’s chief executive officer today warned that if the 737 MAX return to service is delayed much beyond the anticipated fourth quarter RTS, reducing production from the current 42/mo or a complete production shut down could happen.

Either scenario would have huge and disruptive impacts to the supply chain.

CEO Dennis Muilenburg made the remark on the second quarter earnings call.

But he called the recertification processes and global regulatory reviews “dynamic.” There is no guarantee the RTS will happen on the timeline Boeing hopes.

Updated: Additional comments from the Question and Answer portion of the earnings call.

CFO Greg Smith said delivering the produced but stored MAXes will occur over several quarters, without elaborating what this means.

LNA previously reported that these deliveries could take one to two years.

Smith reiterated Muilenburg’s warning that the MAX production lines could shut down entirely if RTS is delayed.

This is a defining moment for Boeing, Muilenburg said, vowing to come through this stronger than before.

Smith said that outside of the MAX, the rest of Boeing is functionally well. Future financial performance depends when MAX RTS occurs.

There are lower cash advances due to the MAX grounding, undelivered airplanes and lack of orders is hurting cash and cash flow.

The current lower production rate on the 737 lines has provided Boeing the opportunity to improve efficiencies on the lines, Boeing said.

The progress of the 777X outside of the engine issues has been good, Muilenburg said. The airplane side of the testing has continued and is going well, he said.

Engine testing will proceed as technical issues are resolved.

The 777 Classic sales are helping Boeing through the current crisis. “We’re disappointed by the engine,” Smith said.

Muilenburg said Boeing expects the production rate to continue at 5/mo between the X and Classic, with deliveries at 3.5/mo.

Muilenburg said that as long as RTS is “early in the first quarter,” production at 42/mo can be maintained and step up to 57/mo in 2020. But if RTS changes substantially, production reduction or suspension may occur.

“There is still uncertainty in the timeline,” Muilenburg said. Boeing is going through scenarios daily. He said Boeing understands the ripple effect of either possibility.

Some risk of recertification process

Muilenburg said that going through the MAX recertification process contains “some risk” that new issues could arise.

Aerospace analyst Ron Epstein posed a tough question on the status of the New Midmarket Airplane, noting problems with the 787, 747-8, MAX and KC-46A as the problems facing a decision on NMA.

Muilenburg acknowledged that design and production risk are part of the business case analysis before green-lighting the NMA. He said that returning the MAX to service is the first priority and that a decision on NMA won’t be tied to an artificial deadline.

← Boeing 2Q earnings: down as expected, 777X delay confirmed
How much of an NMA market will the Airbus A321XLR capture? Part 2 →

102 Comments on “Boeing warns of production reduction, complete shut down of MAX if return to service delayed beyond 4th quarter”