Mitsubishi ends 2019 with ~500 commitments for SpaceJet

All but 100 from US regional carrier Mesa Airlines are unidentified.

Mesa announced a commitment for 50 firm orders and 50 options in September at the US Regional Airline Assn. annual meeting in Nashville.

MITAC wouldn’t comment, but LNA understands that commitments come from North America and Europe. It’s unclear if additional commitments are from Asia.

Japan’s ANA and Japan Air Lines are launch customers for the M90 SpaceJet, previously called the MRJ90. This model was rebranded in June at the Paris Air Show when the M100 SpaceJet program was launched.

The MRJ90 is MITAC’s original design for a 90-seat regional airliner targeted for the US market. However, it, like the Embraer E175-E2—also for the US—is too heavy for current pilot Scope Clause contract restrictions.

MITAC created a new, 70-seat design, that falls between the original MRJ70 design and the MRJ90. Rebranding the program SpaceJet, the M100 is designed for the US Scope-restricted market. 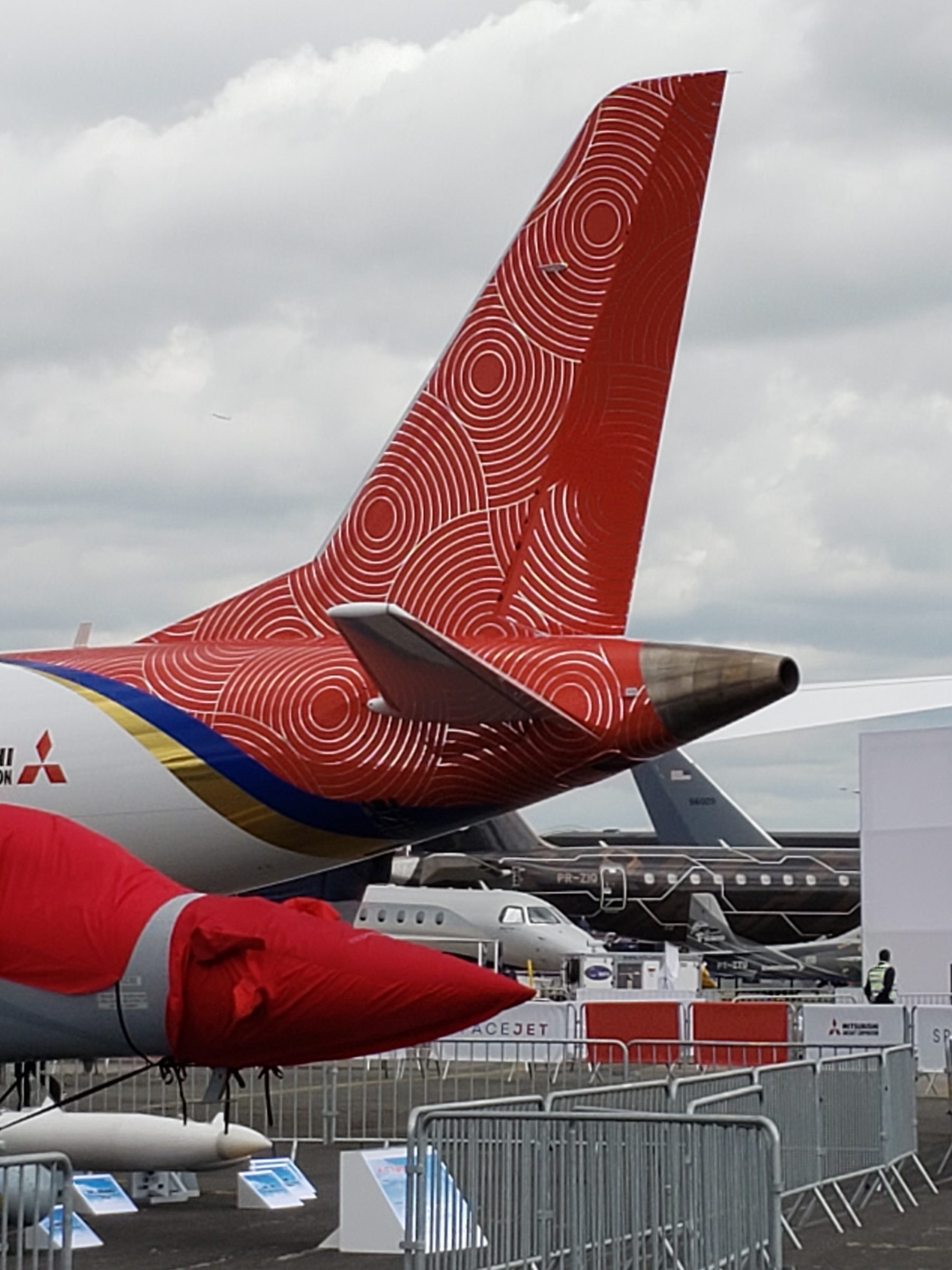 The MRJ90 program was plagued by technical and design delays. Entry into service is now set for this year or next, depending on when Japanese authorities certify the airplane. A negative halo effect from the Boeing 737 MAX certification controversies caused Japan’s regulator to adopt a go-slow approach. It’s now unclear if certification will be coming this year.

ANA and JAL hoped to have the M90 in service before the Summer Olympics.

Only new gen airplane for US Scope market

The M100 is the only new generation regional airliner that meets the current US Scope Clause restrictions for unlimited specification operations.

There is a weight limit of 86,000 lbs in the Scope Clauses for American, Delta and United airlines, the prime users of this category aircraft.

The MRJ90, rebranded the M90, exceeds the limit. So does the E175-E2, the smallest of the E2 family. Embraer continues to sell the E175-E1 to the US market in the meantime, but the M100’s economics are significantly superior to the older generation E1.

With the withdrawal of Bombardier from the RJ market—the last CRJ rolls off this assembly line this year—Embraer and MITAC will be the only viable suppliers of RJs in the next decade.

China’s COMAC ARJ21 and Russia’s Sukhoi SSJ100 are essentially home-market aircraft. Very few sales will come outside these two markets.
Embraer and Mitsubishi will essentially have a global duopoly of regional jets.

The M100 will be followed by the 90-seat M200, which will succeed the M90. The M200, which at this point is a concept and not yet offered for sale, takes the M100 design improvements and economics and marries these to a stretch.

The SpaceJet is powered by the Pratt & Whitney Geared Turbo Fan engine. It’s not recognized that Mitsubishi was the launch customer of the GTF family.

Bombardier followed with the C Series. Airbus and Irkut were next, with Embraer bringing up the rear.

← Environment and aviation, a gap between aspirations and reality
Analysts react negatively to Boeing slip of MAX recertification →