I ran a Corner series two years ago after the first 737 MAX crash of Lion Air JT610 on October 29, 2018, digging deeper into pitch stability and why airliners have helper systems.

The following is a bit of refresh of many themes discussed there (to read the original series, put “Pitch Stability” in our search box). Here we only use the necessary parts to explain what MCAS does for the 737 MAX, why it was necessary, and why the modifications are sufficient to make it safe again.

Airliners cover a vast range of speeds and heights when flying their daily sectors. From an aircraft design perspective, this can be summarized in two key problem areas:

We saw in the Pitch Stability Corner series this isn’t easy. A well-behaved aircraft has a straight Pitch Moment curve with a consistent negative slope (it will nose down if disturbed to a higher AoA, with the same response to a stick displacement (i.e. control force) in the whole AoA range).

I have recreated the 737 NG Pitch Moment curve as I understand it in Figure 2 (trimmed around 9°AoA, the maximum for the normal flight regime). 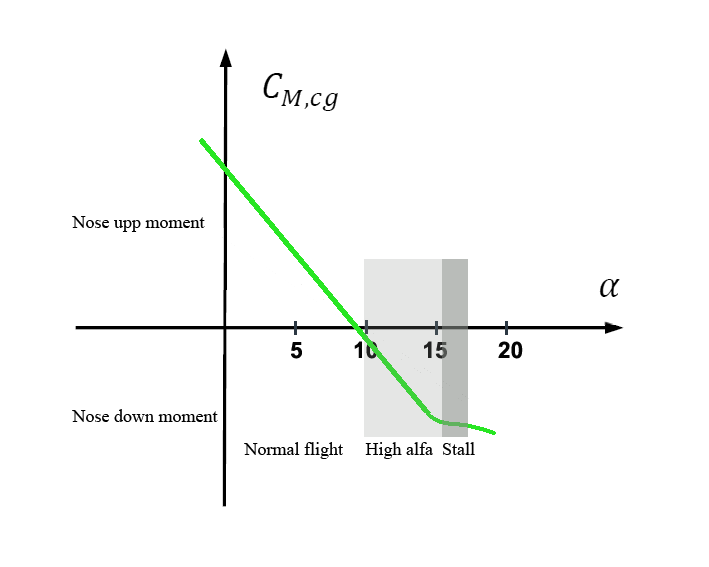 It’s very close to the ideal curve with a bit less stick force per AoA in the stall, which is typical behavior. Observe that airliners don’t fly above 10° AoA unless they are in trouble.

Our example of contemporary aircraft was the Douglas DC-9, the main competitor to the Boeing 737 until the mid-1990s, Figure 3. 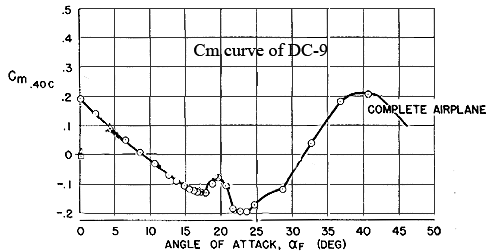 The DC-9 has a troubled moment curve at high AoA, typical of T-tailed aircraft. These have difficult stall characteristics. This necessitates a flight control helper system called a ” Stick Pusher” that stops the pilot from flying into this region, as the positive curves post-stall mean you can get stuck there in a deep stall.

The 737 has no such vices. It’s straight forward to fly, including stall. This is part of its good historical safety record.

The larger engine nacelles of the 737 MAX (Figure 1) added nacelle lift ahead of the wing just before stall. Figure 3 shows the planform of the 737 NG on top of the 737 MAX. 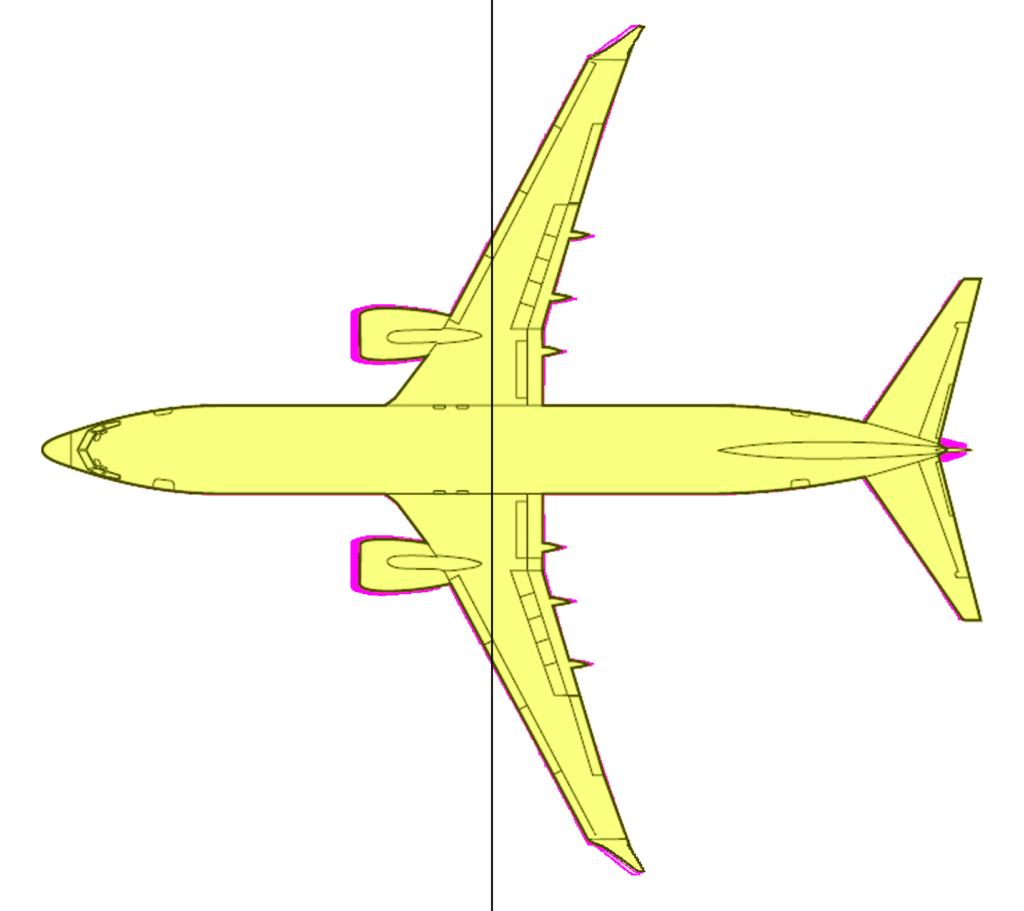 The larger 737 nacelles (compare in Figure 1) add additional lift ahead of the aircraft’s center of gravity at high AoA. This results in a Pitch Moment curve as in Figure 4 (green curve with the red segment at the end). 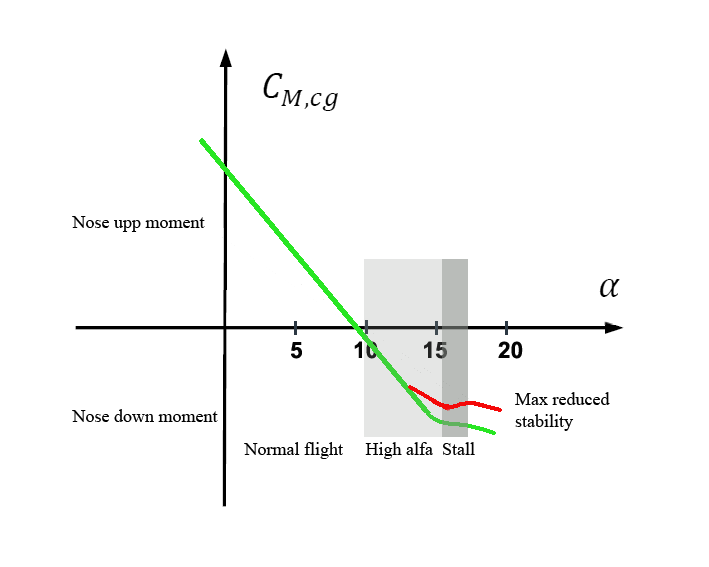 We see that nose down moment per additional AoA reduces when flying above 12-13° AoA. While still fully controllable by a Pilot that is aware of this change, it’s not allowed by the FAA certification rules.

There are several ways how the curve can be bent back to the green desired curve. We look at the different methods in the next Corner and analyze why Boeing choose MCAS as the solution.

← Enhancing the Dreamliner, Part 7: The optimum range for the 787-10
Pontifications: Why I’d fly the MAX; lessons learned and still to come →