Yesterday we opined that the Boeing “exodus” from Washington State is a tad overblown so far. Here’s why we think so. 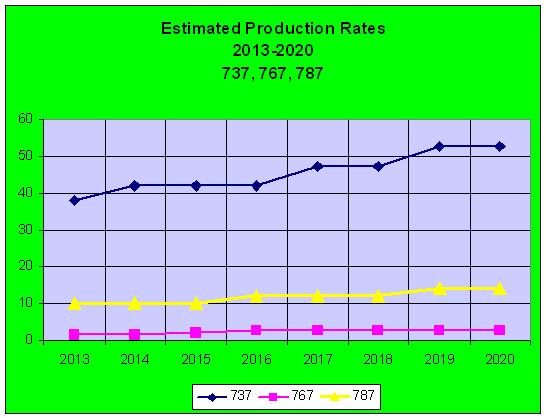 Will Boeing continue to shift jobs from unionized Washington to non-union states? You betcha. But if these production rates come to pass (and the supply chain will have to gear up to meet these rates), not only will Boeing be adding jobs but so will the suppliers.

Airbus is talking to suppliers about similar rate hikes. For Washington, this means more jobs, to0, because our state is the No. 2 US supplier to Airbus by company count.

The Seattle Times reports that Airbus may consider opening an engineering center in Washington.

Note the comment about the USAF tanker in the story. We asked Gov. Jay Inslee about his relationship with Airbus during a conference call Wednesday, the final one held by the State to recap its daily activities at the Paris Air Show. Inslee bowed out of the trip to deal with Washington’s lack of a budget.

When he was in Congress, Inslee was one of the most vociferous opponents of the Airbus/EADS bid for the USAF tanker in competition with the Boeing KC-767. Inslee introduced legislation to require the Air Force to take into account WTO findings that Airbus received illegal subsidies for the A330, the plane on which its tanker design was based. Even the US Trade Representative’s office said such legislation violated WTO rules and the effort went nowhere.

Inslee’s efforts at the time offended Airbus officials, who were considering holding a suppliers fair in Washington, which is the No. 2 US supplier to Airbus. Because of the vitriolic opposition by Inslee and other members of the Washington delegation, Airbus shelved consideration of the fair.

We asked Inslee Wednesday how he might mend fences now that he is governor, seeking to expand our supply chain business with Airbus. Inslee was beginning to answer when US Rep. Rick Larson, who was leading the State’s Paris Air Show delegation in Inslee’s absence, interrupted to say he had talked with McArtor, who said the tanker wars were over.

Airbus has a suppliers event scheduled here next month.

29 Comments on “Boeing’s future in Puget Sound, Washington–maybe Airbus, too”